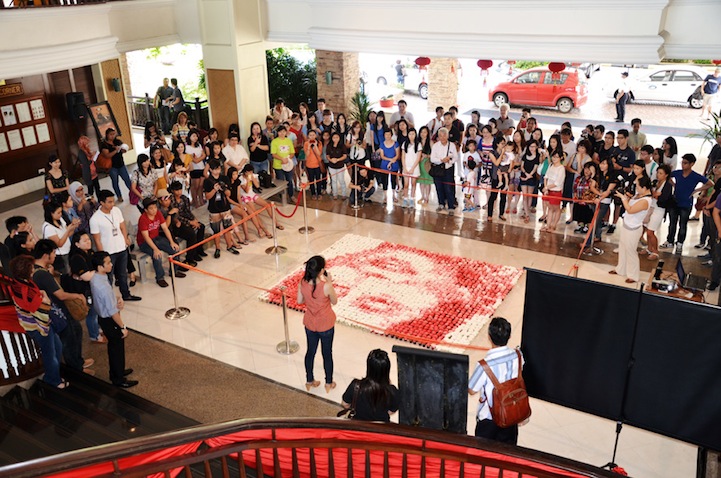 Artist Hong Yi, aka Red, has been at it again in her usual style of painting without a paint brush. Her many fascinating methods of portrait creation have included projects like this melted wax used to form Adele's face and the arrangements of sunflower seeds to form a portrait of Ai Weiwei. This time, Red's depiction of Nobel Peace Prize winner Aung San Suu Kyi simply features freshly cut flowers colored with red food dye.

After watching a movie that featured Aung San Suu Kyi's struggles and fight for a democratic Burma, Red was inspired to capture the essence of such a strong woman who sacrificed so much in her life. Using fresh carnations and red food dye, the artist experimented with variations of shades of color as the food dye absorbed up into the petals of the flowers. She found that short stems resulted in the faster appearance of color and that although color would begin to appear after about a half hour, it took approximately 40 hours for the colors to reach maximum intensity.

This visually striking piece is 11.5×14.75 feet and involves 2,000 white carnations held in little plastic cups. Red said, “I hope the portrait does justice to ASSK, and I hope she will see this portrait some day and smile, knowing that not only the Burmese people appreciate and respect her, but hundreds of millions of people around the world too.” 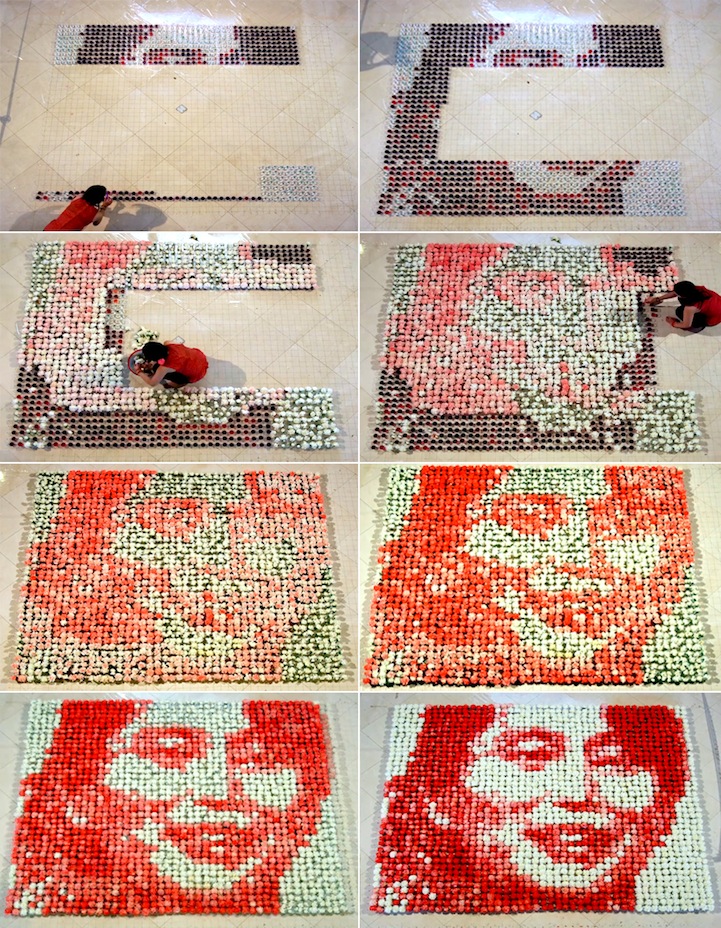 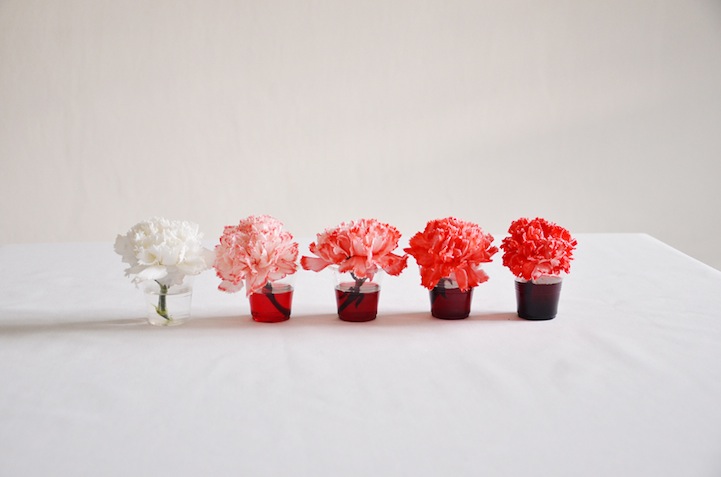 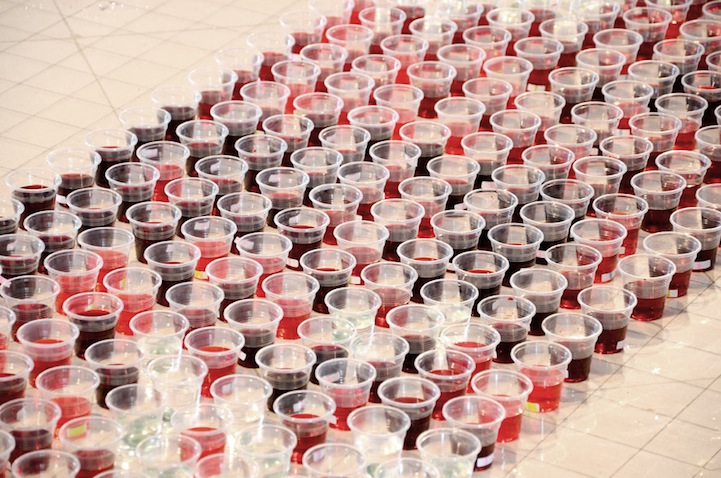 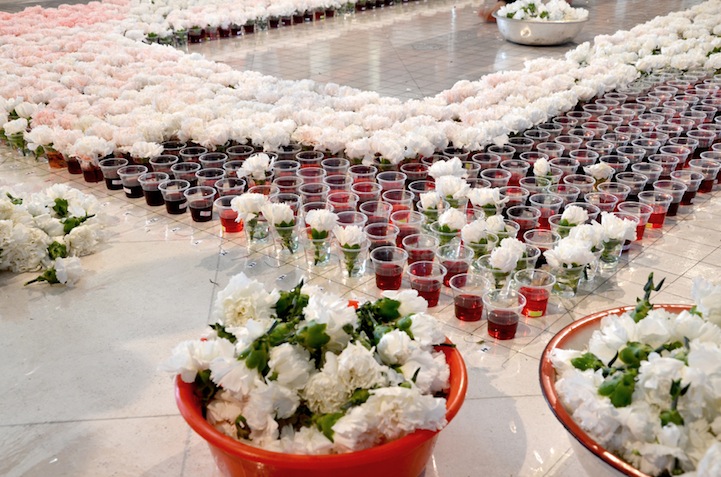 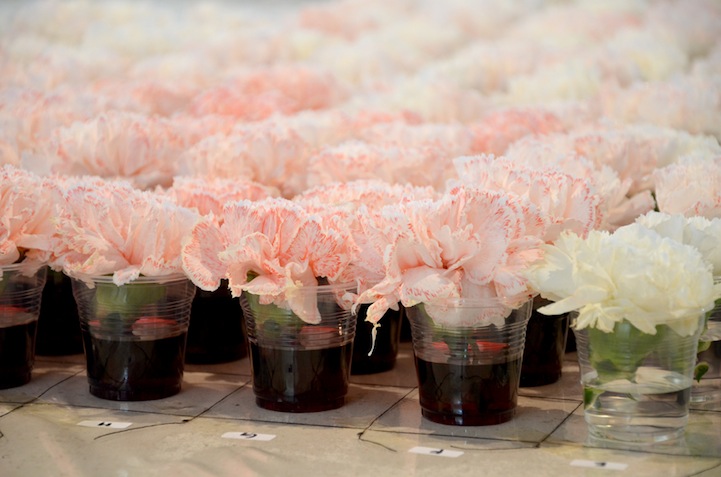 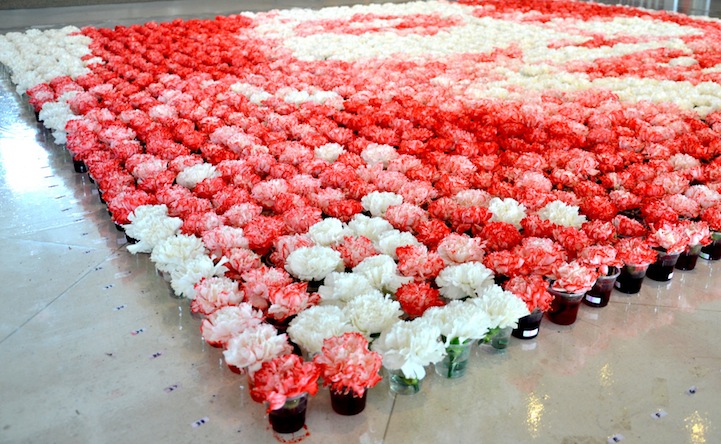 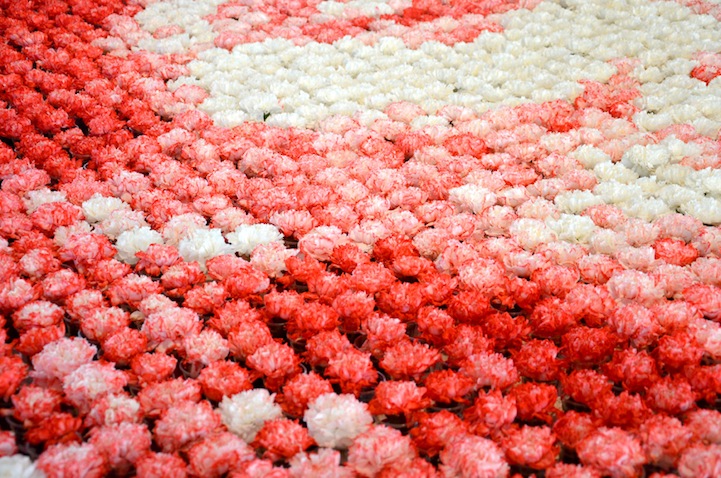 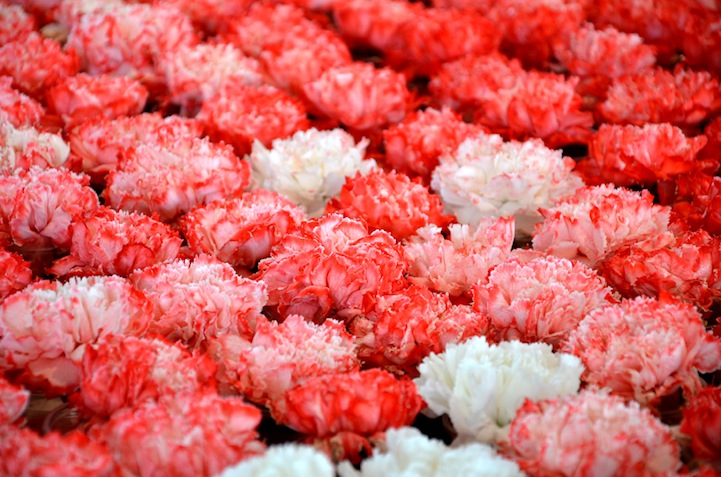 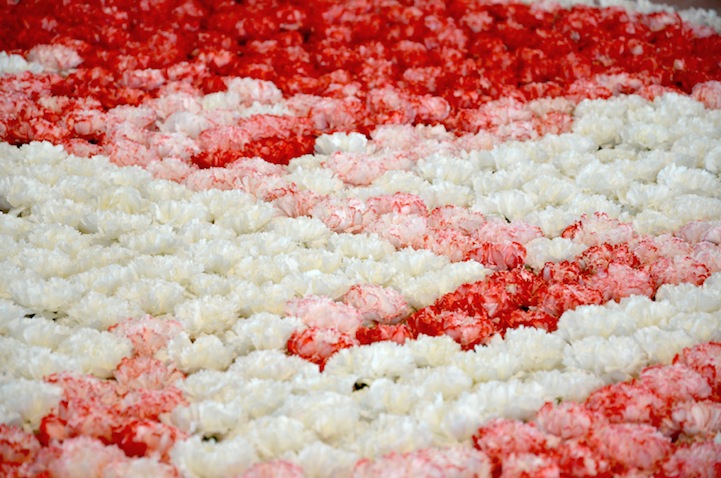 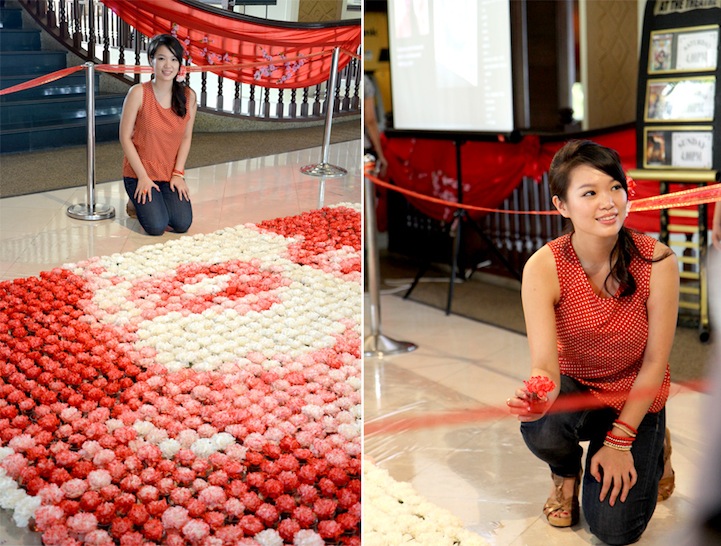