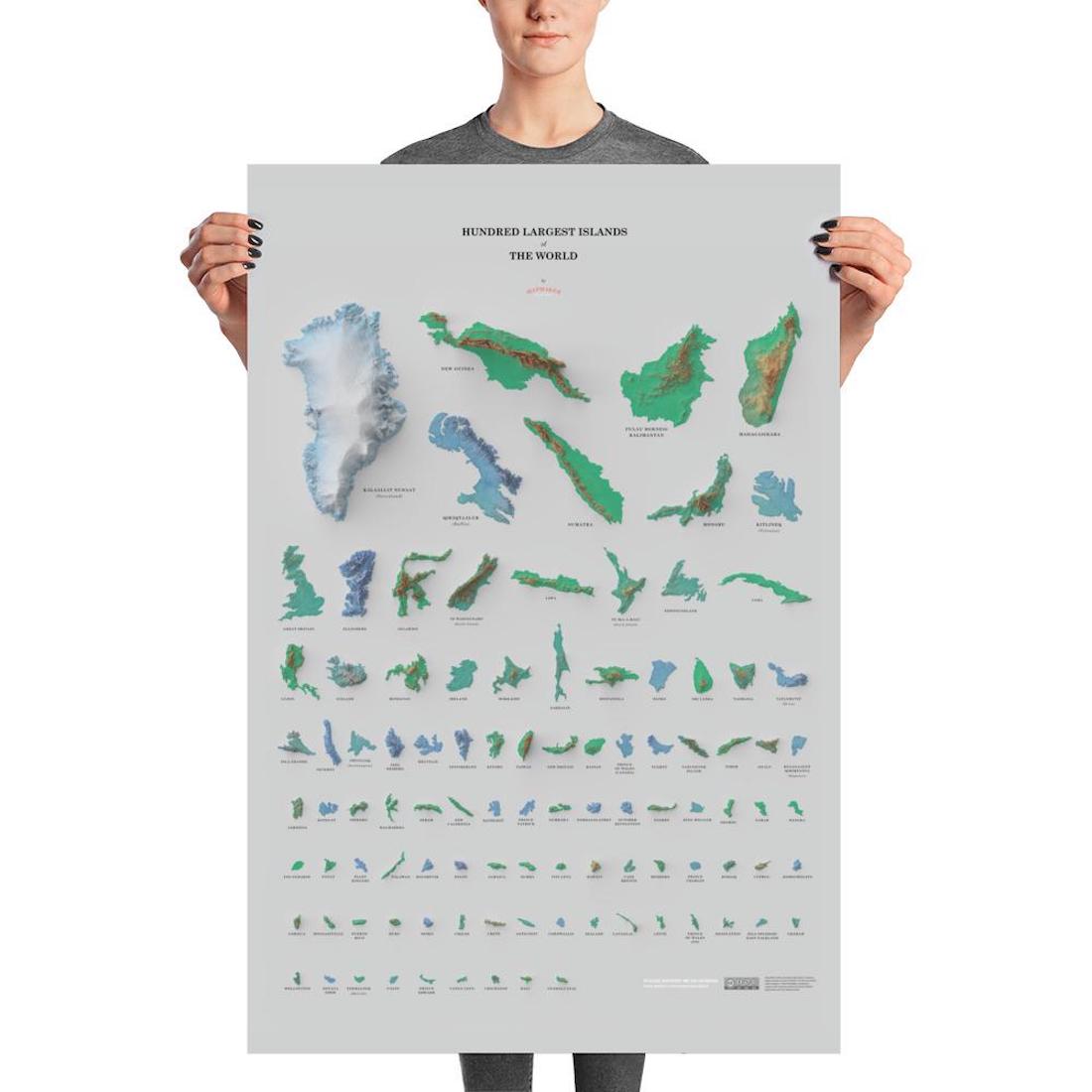 With ancient origins, the practice of mapmaking may seem like chartered territory. Today, however, contemporary cartographers continue to plot out new ways to keep the age-old craft alive. Leading the way in this modern map movement is David Garcia, a cartographer born in the Philippines and based in New Zealand. With this background, it is only fitting that many of Garcia's projects focus on isles, including his popular poster, Hundred Largest Islands of the World.

As its title suggests, this thought-provoking visual chronicles and compares the biggest islands that inhabit our oceans. To compile this collection of landforms, Garcia used data from OpenStreetMap, a cost-free, crowd-sourced map. Once he had his list, he created topographical images of the islands, which he rendered using an innovative relief shading method developed by fellow cartographer Daniel Huffman.

Garcia spent a week completing this ambitious project. While his dedication to detail and obsession with finishing the visual led to an obsession (he tells My Modern Met that he spent all seven days “mapping and napping and mapping and napping”), his hard work undoubtedly paid off. With its clean composition and cool color palette, the finished product is undoubtedly eye-catching. More than that, it’s actually quite eye-opening—even to the artist himself.

“At the start of the mapmaking, I was very curious about how islands varied in every region in the world,” Garcia tells My Modern Met. “Before doing the project, I imagined that the islands are usually in the tropics. However, later during the mapmaking I was surprised at the diversity of the islands near/in the Arctic.”

Once he finished the project, Garcia reveals that it took him a full week to recover from the process. However, he notes that it is not unusual for cartographers to become consumed by their craft: “I think and feel that such obsession with cartography is common experience for makers and collectors.”

Feel compelled to start your own collection? Pick up a Hundred Largest Islands of the World poster from Garcia's online shop.

Mapmaker David Garcia has created a comprehensive guide to the Hundred Largest Islands of the World. 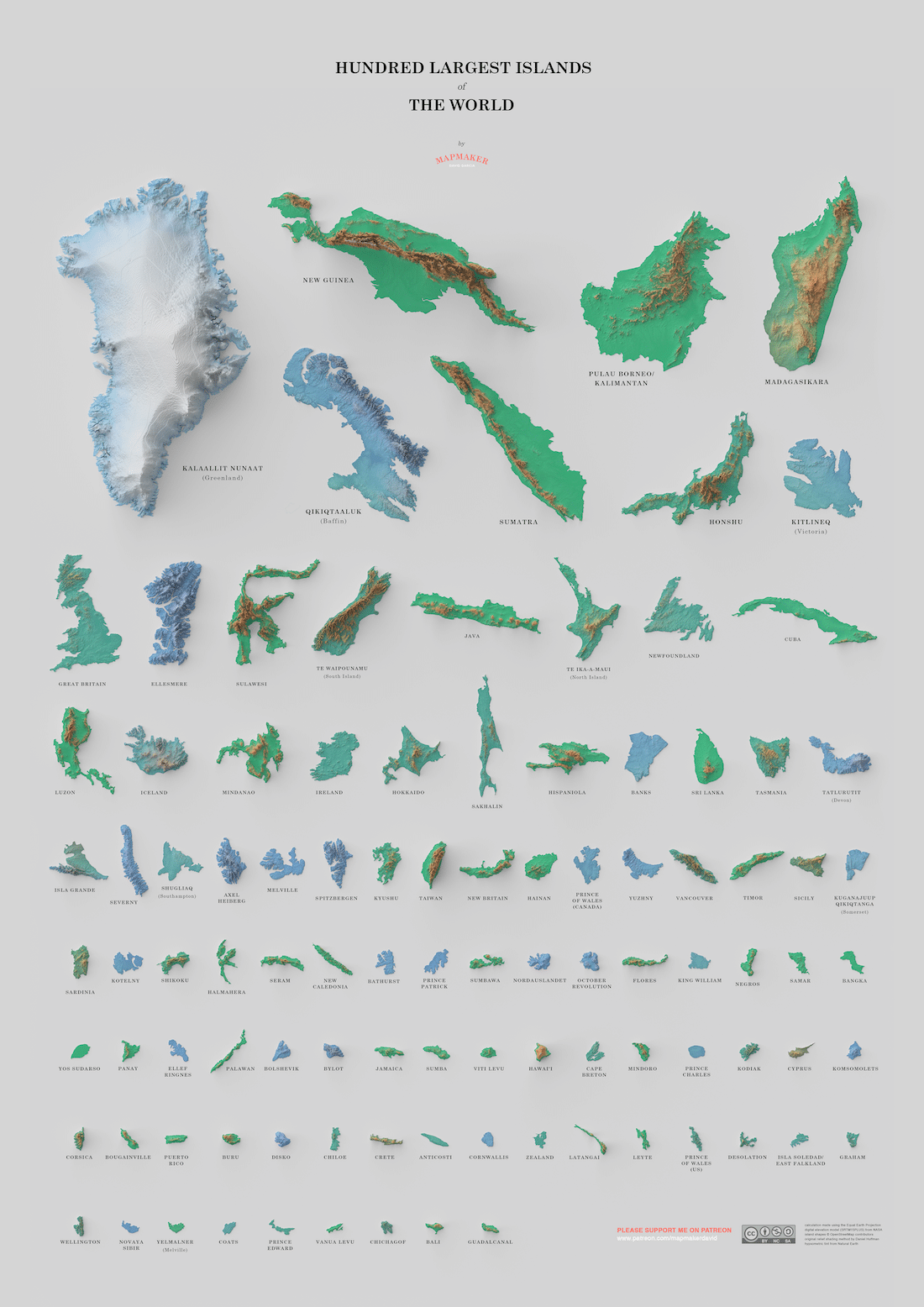 Interview: Artists Map Out the Environmental Impact of Fish Farming in Eye-Opening Mosaic

Like contemporary cartography? Share
Like My Modern Met on Facebook
Get Our Weekly Newsletter
Become a
My Modern Met Member
As a member, you'll join us in our effort to support the arts.
Become a Member
Explore member benefits