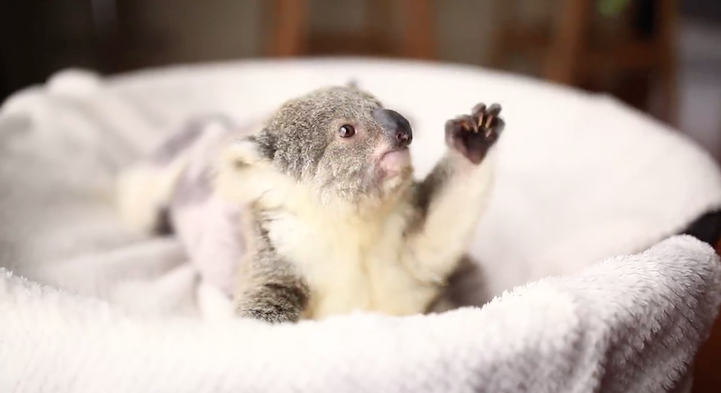 Australia's Symbio Wildlife Park is currently paying tribute to their adorable koala Imogen. The lovable joey will be celebrating her 1st birthday this coming weekend, so the park wants to look back on her life thus far. Even though Imogen is now happy and heathy, circumstances weren't always smooth sailing. Following her birth, the joey's mom passed away after her battle with leukemia. The young koala was then adopted and hand-raised by the park's curator and general manager. Despite these tough times, Imogen has continued to delight everyone she meets.

To celebrate her first birthday, Symbio Wildlife Park thought it would be appropriate to share behind-the-scenes footage from Imogen's very first photoshoot. At the time, the koala was only 10 months old. 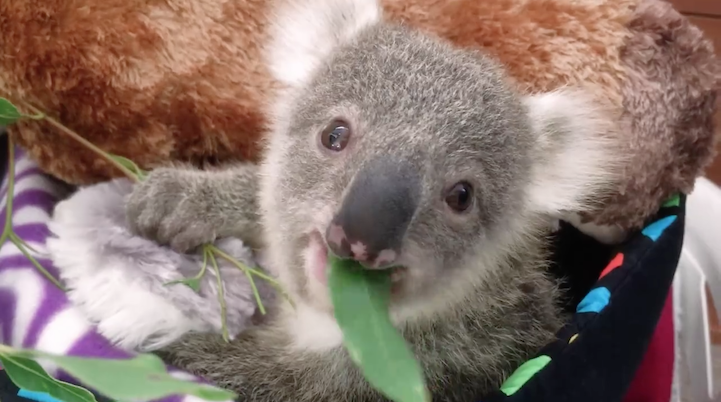 Watch Imogen give the cameraman a hug: