Designed and constructed in the 1770s, this extraordinary little doll is actually a self-operating machine that's believed by some to be one of the oldest examples of a computer. Known as “The Writer,” the automaton was built by Swiss-born watchmaker Pierre Jaquet-Droz in order to entertain nobility and promote watches. In addition to “The Writer,” the ingenious craftsman created two other incredible doll automata with the help of his son Henri-Louis and Jean-Frdric Leschot.

Jaquet-Droz's 240-year-old masterpiece is an astonishing work of engineering that operates thanks to 6,000 moving parts in the body of the doll. The little boy blinks, moves his head, and uses a quill to write an elegant message on a piece of paper. This is made possible by a system of cams which code the movements of the hands in multiple dimensions. The most remarkable thing is that the doll can be programmed to write any 40 letters in any combination, meaning that his text can be customized at the user's will.

Other examples of the watchmaker's ingenuity can be seen in “The Draughtsman” and “The Musician,” two other automata that he created. “The draughtsman” is a young boy that operates using machinery similar to the parts found in “The Writer.” The young child can draw four different images: a portrait of Louis XV, a royal couple, a dog, and a scene of Cupid driving a chariot pulled by a butterfly. “The Musician” is an elegant female doll that produces real music by pressing her fingers on the keys of a custom-built organ.

Centuries after their construction, the dolls are still fully functional and can be seen at the Muse d'Art et d'Histoire of Neuchtel in Switzerland. 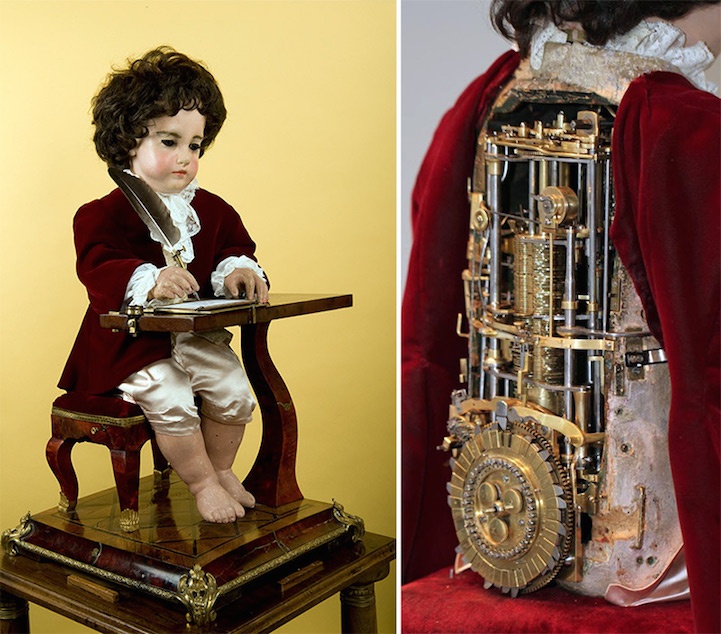 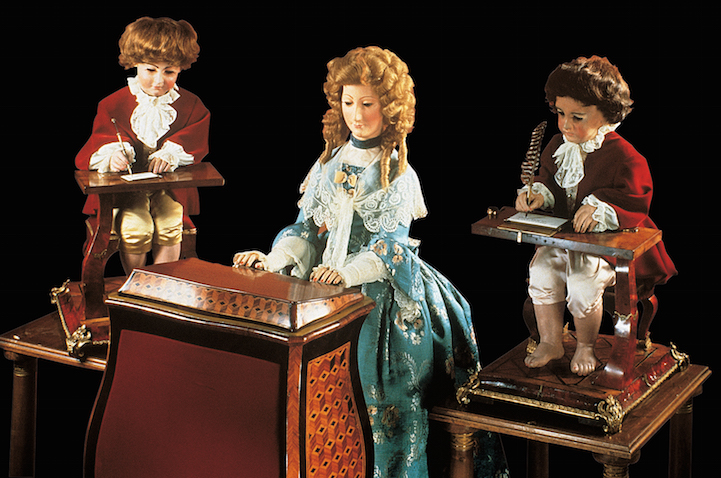