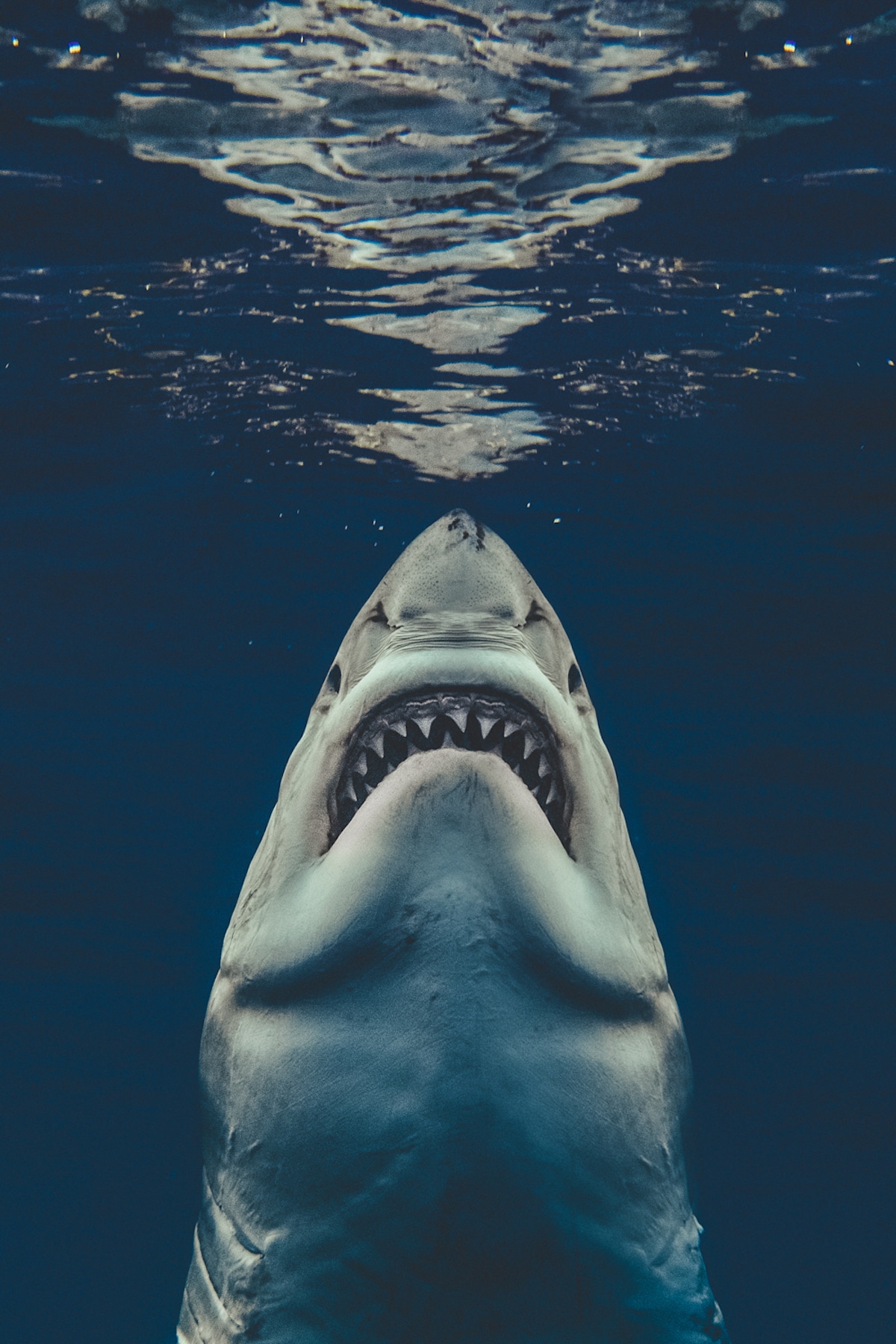 Photographer Euan Rannachan has been fascinated with sharks since he was a child. Now, he uses his skills behind the camera to show the power and majesty of these apex predators. While Rannachan has spent countless hours diving with sharks, it was during a recent trip to Mexico's Guadalupe Island that he came back with the photo of a lifetime. Taken while just 35 feet away—in the safety of a shark cage—Rannachan photographed a great white shark striking a familiar pose. Any aficionado of the 1975 film Jaws will recognize how similar his photo is to its iconic cover image.

The classic Jaws painting was created by artist Roger Kastel, who based his work off a taxidermy shark. Over the years, it's become one of the most well-known movie posters in cinema. For Rannachan, being able to take a photo that mirrors the classic image is a dream come true.

“This is a photo that a lot of my shark friends, including myself, have been trying to take for years,” Rannachan tells My Modern Met. “I had a feeling I had it, but things happen so fast down there really all I could do was get ready for the next pass if there going to be one. It was not till much later that night, when I was backing up footage, that I saw I had it—and most importantly it was in focus.”

Given how beloved Jaws is, it should come as no surprise that Rannachan's photo caused quite a stir. All the attention has allowed the photographer to share his love of these incredible animals with a wider audience. In doing so, he hopes people realize that they aren't the villainous animals they're often made out to be.

“I think the thing that always excites me is how powerful [and] precise they can be, while at the same time being completely under control.  It's amazing to watch a 3,000-pound animal approach its target, flick its tail, accelerate, and spin on a dime like nothing just happened.”

Rannachan was able to get up close and personal with the great white shark from the safety of a cage. 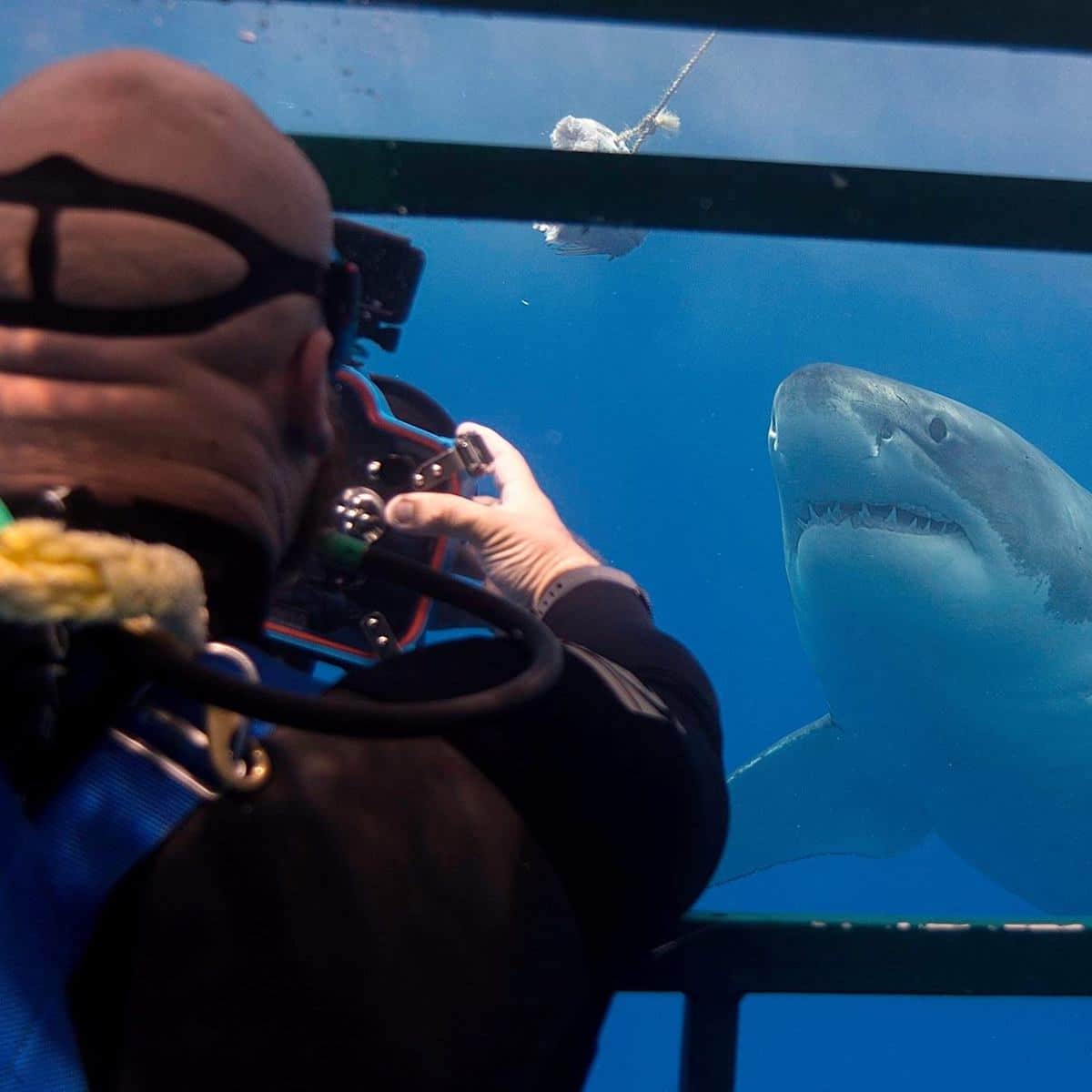 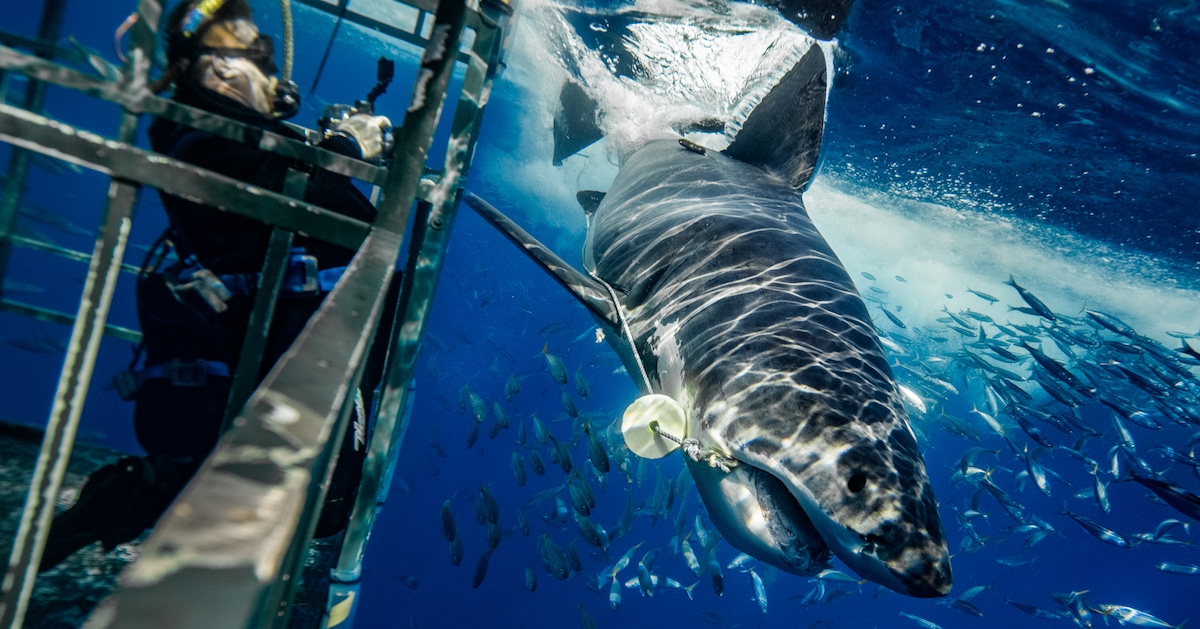 Take a look at some of the other incredible shark photos he took during his adventure. 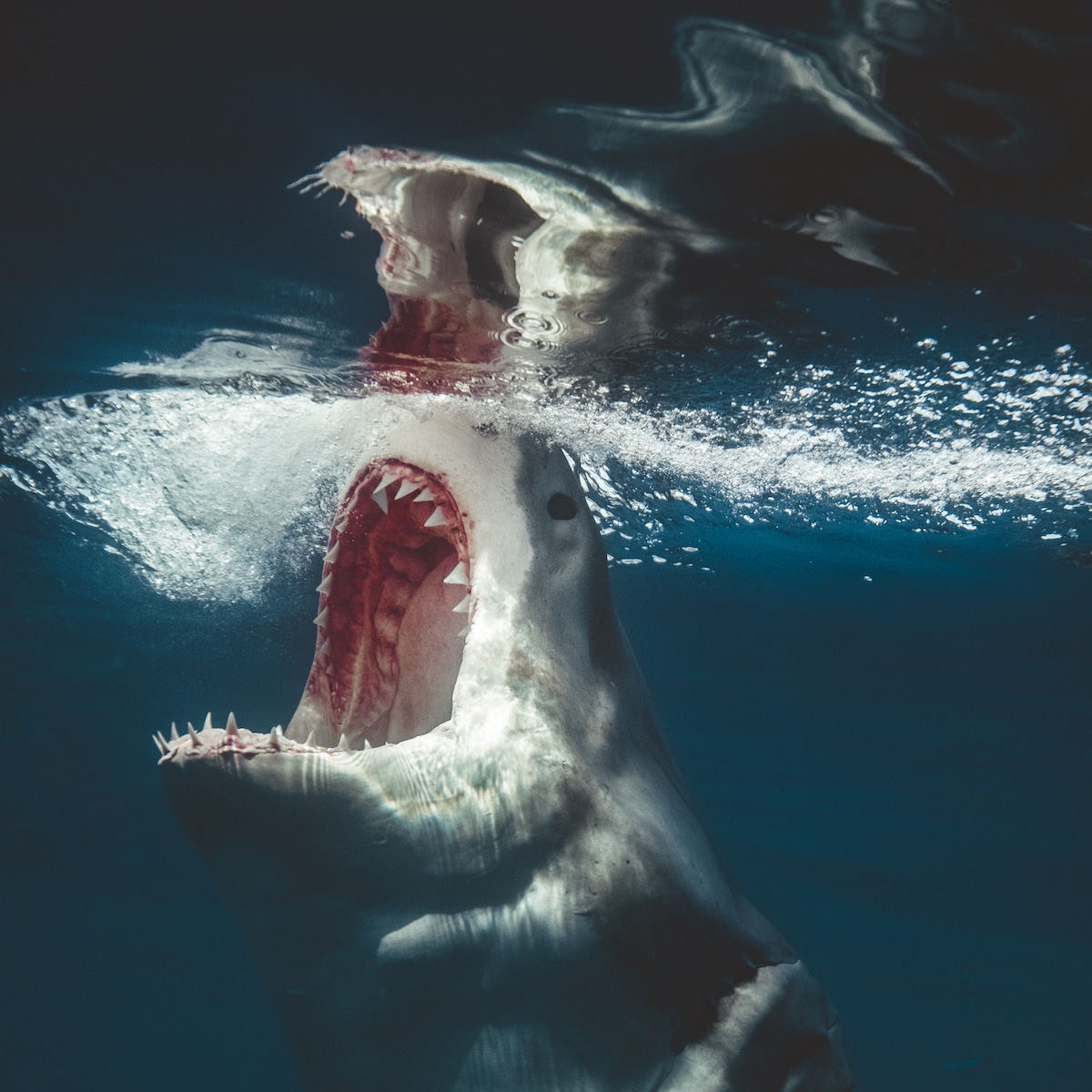 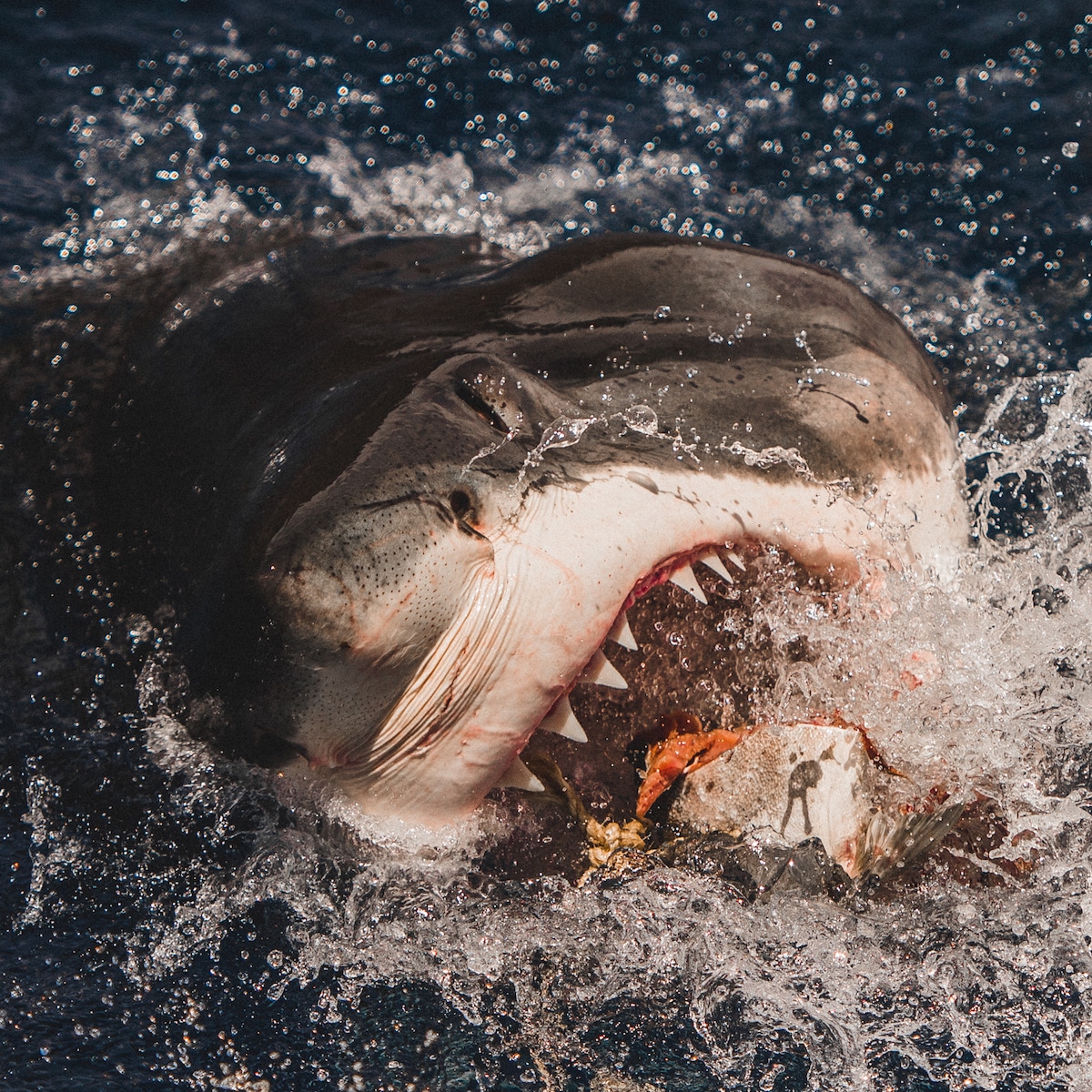 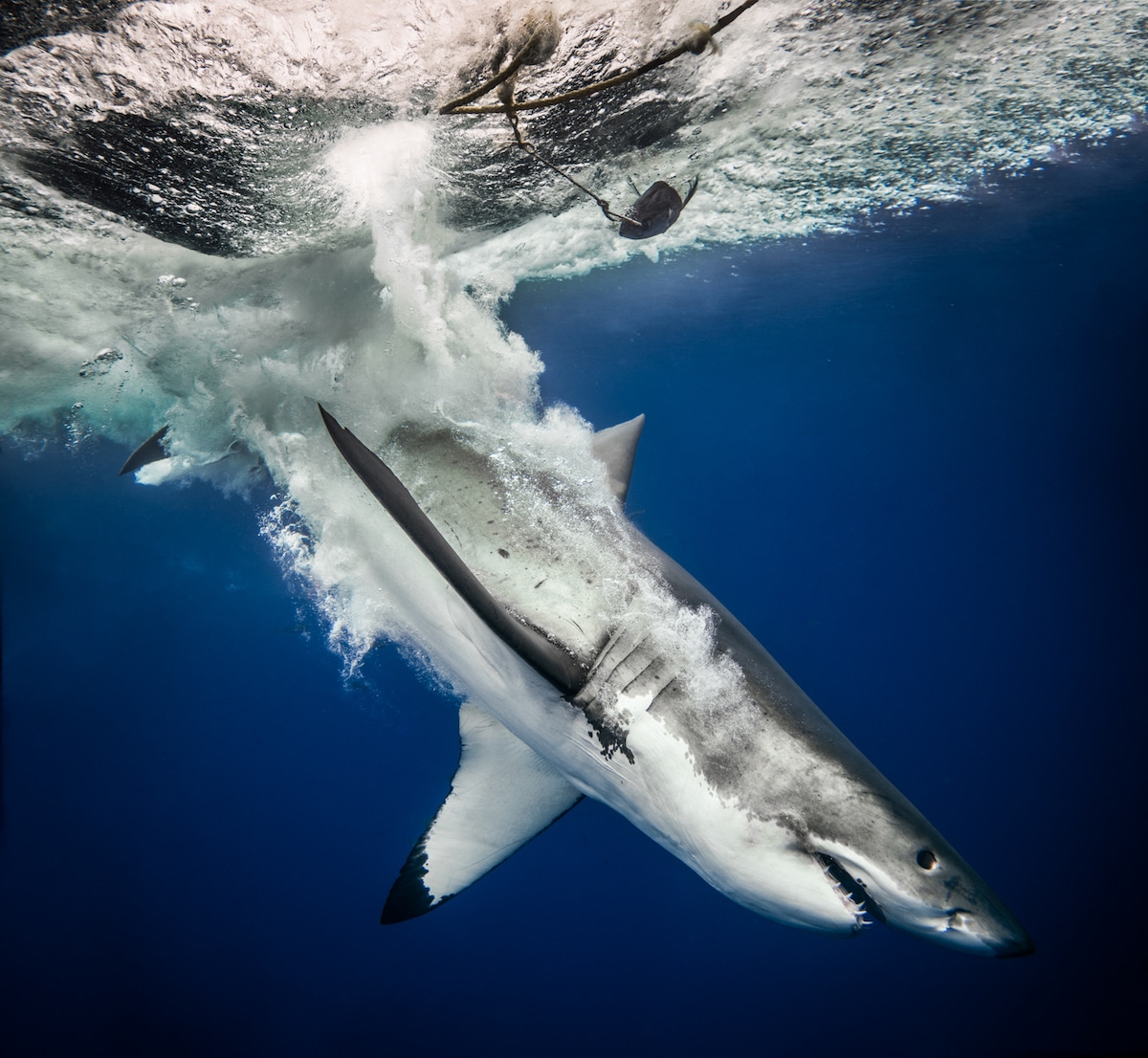 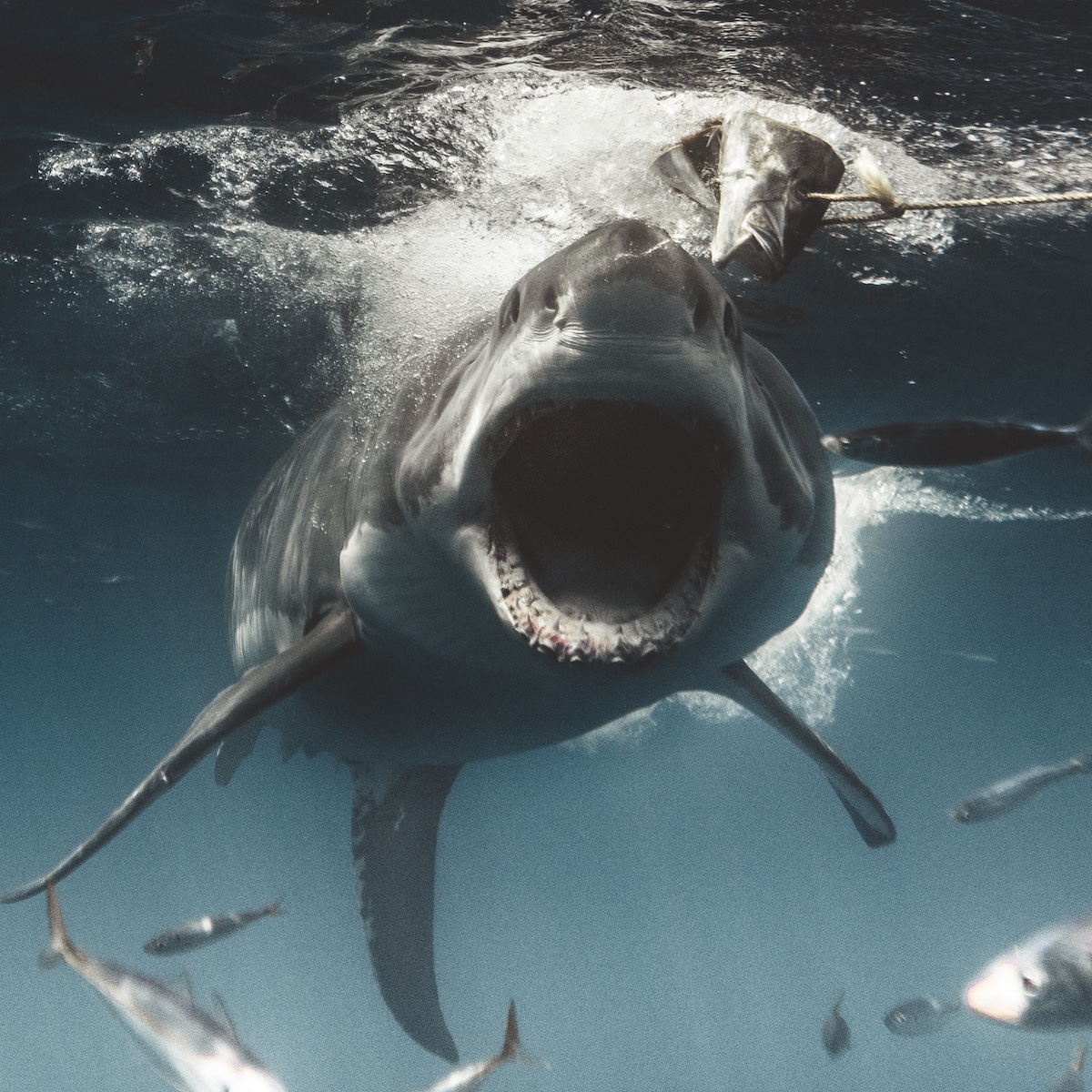 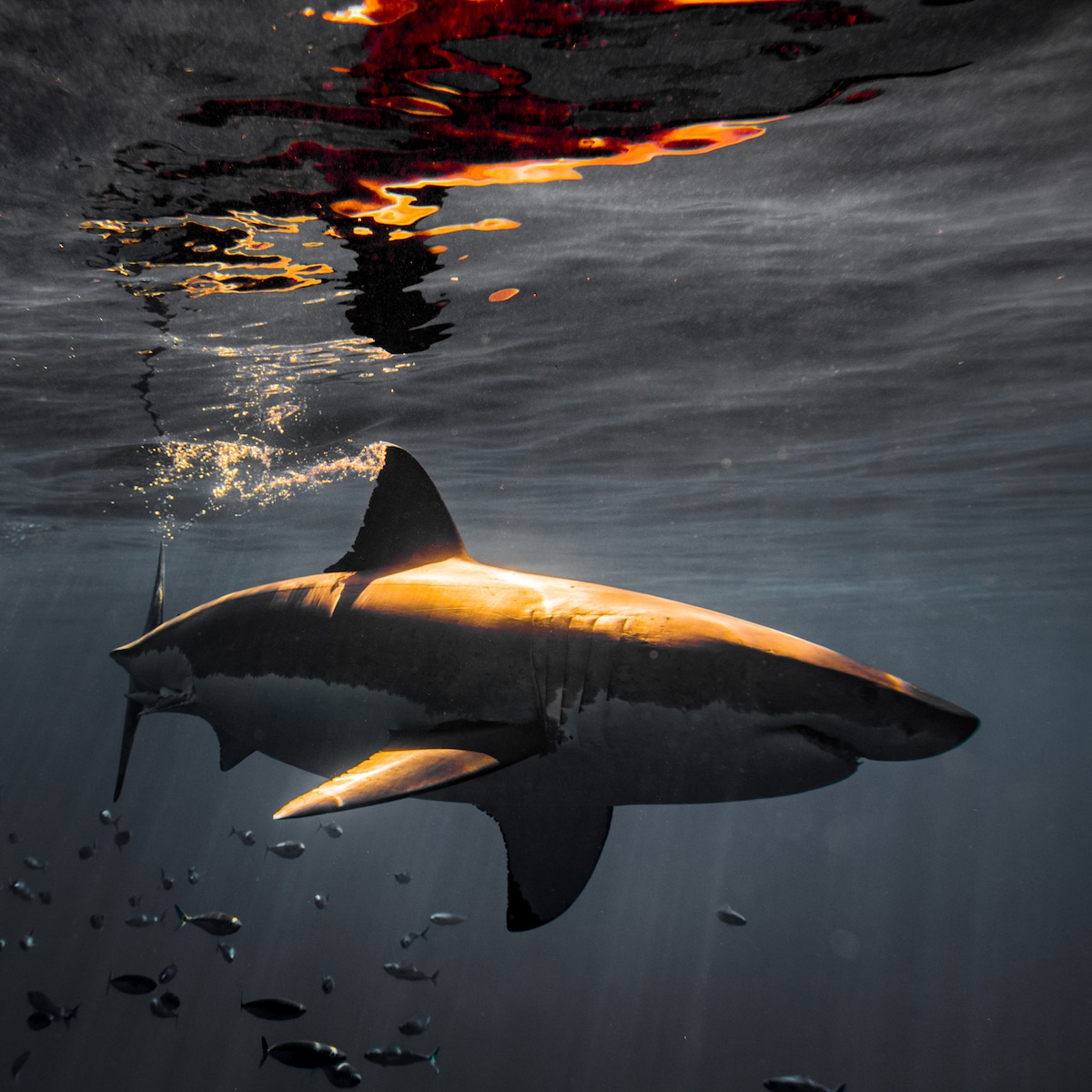 Awesome Behind the Scenes Photos of Classic Film Hits

Love Jaws? Share
Like My Modern Met on Facebook
Get Our Weekly Newsletter
Become a
My Modern Met Member
As a member, you'll join us in our effort to support the arts.
Become a Member
Explore member benefits