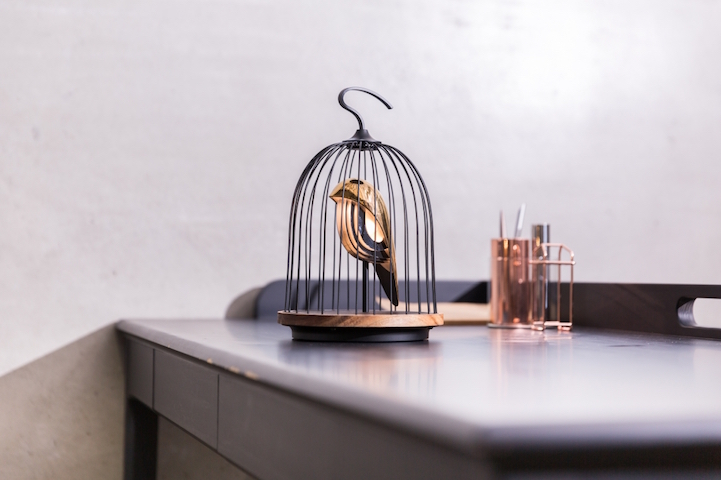 The ever-presence and ease of Bluetooth technology has transformed the world of speakers, allowing them serve as more than just audio magnifiers–now, without the cumbersome and visually displeasing jumble of wires, designers are afforded the ability to create decorative objects that happen to play music. One such item is JinGoo, an elegant new speaker and light device that conceals these features by cleverly taking the form of a bird in a rounded wire cage. The metal creature–available in many different patterns and colors–will sing you a song while providing soft and tranquil illumination.

JinGoo was created by Taiwan-based studio Daqi Concept, and its name comes from ancient Chinese literature that describes the sounds of birds calling. This sweet and melodic association guided the overall concept of the product. Creator Sean Chen explains, “We wish for JinGoo to be your very own companion in life, to make spaces magical, and to inspire endless imagination.”

JinGoo's technical features include a mono two-way speaker with a low-frequency woofer located in the bird's ceramic tail. Both the tweeter (loudspeaker) and lighting are located in its chest, and a three-way light button controls the brightness. These features offer 15 hours of music and light before needing to be recharged with a Micro USB.

Daqi Concept is currently raising funds for production via an IndieGogo campaign. Watch the JinGoo in action, below. 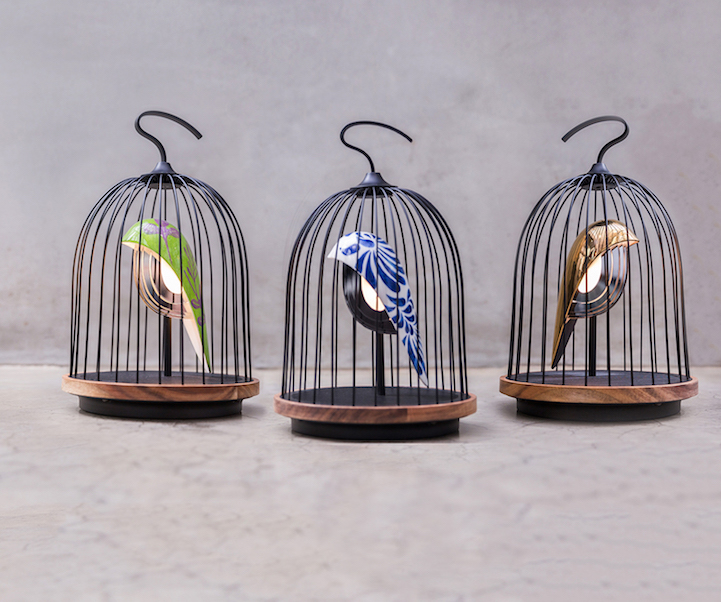 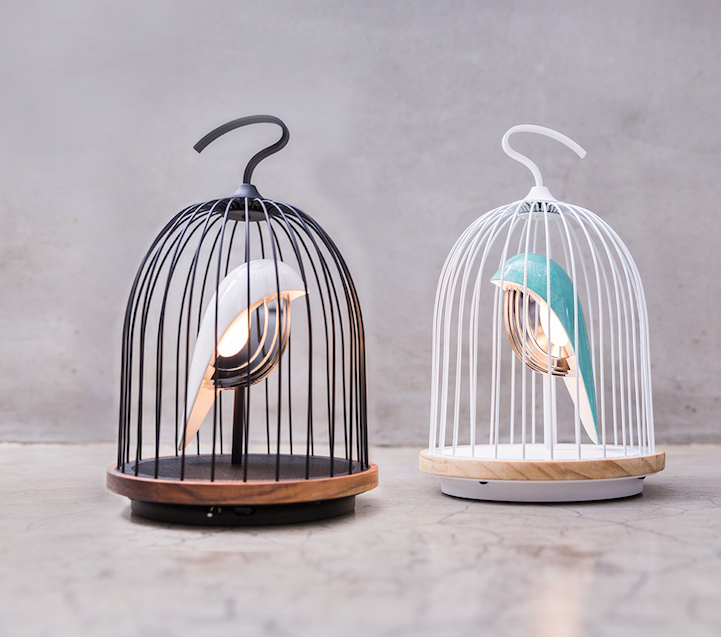 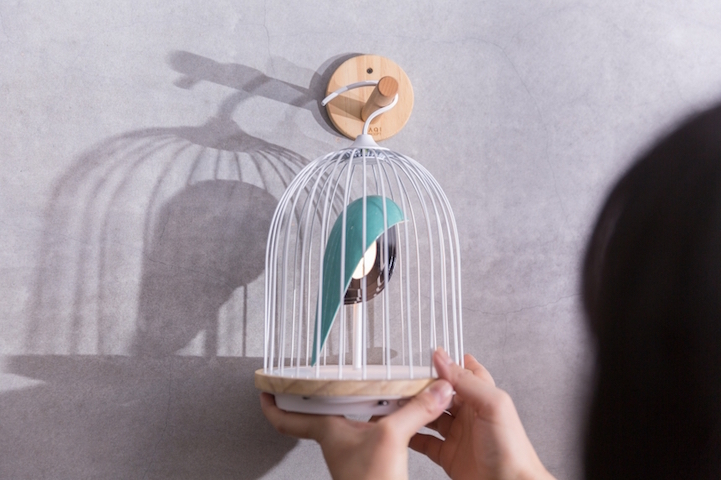 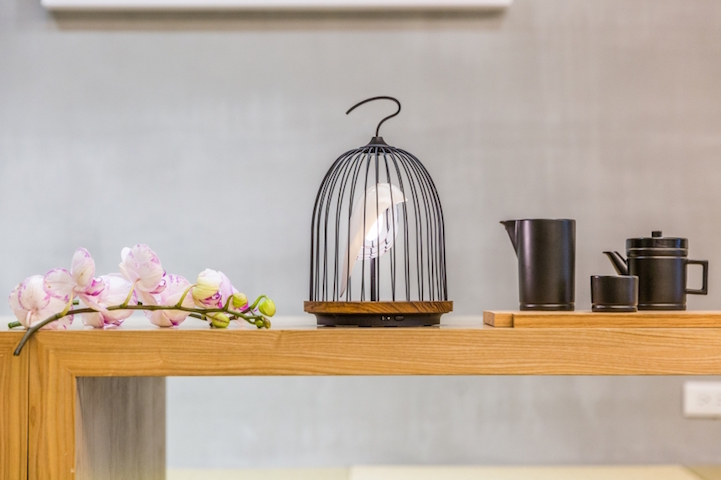 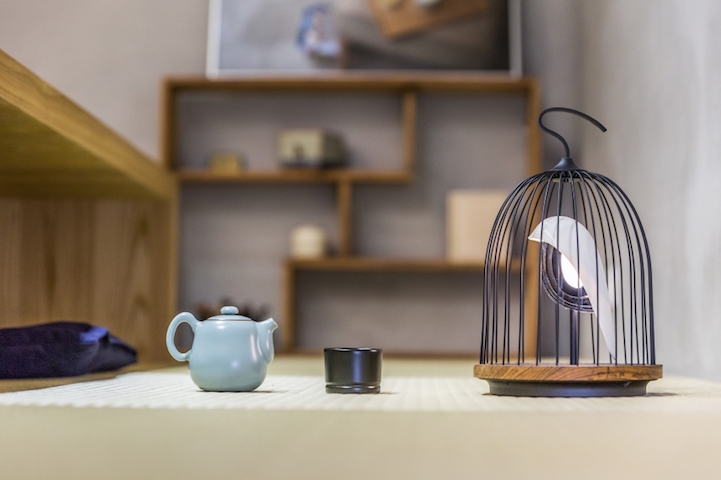 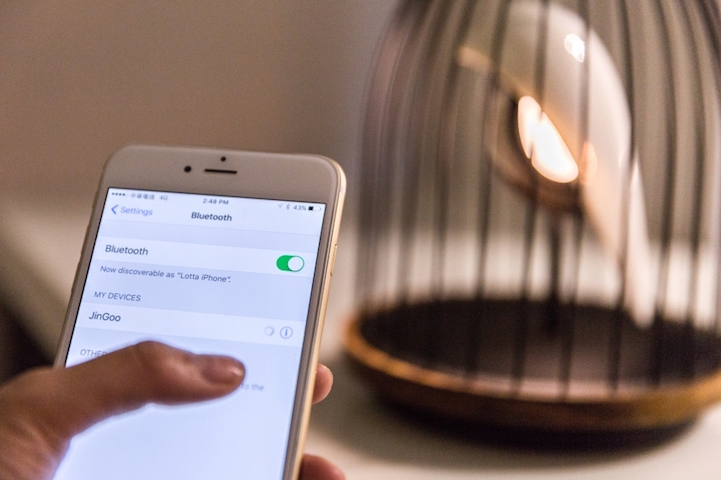 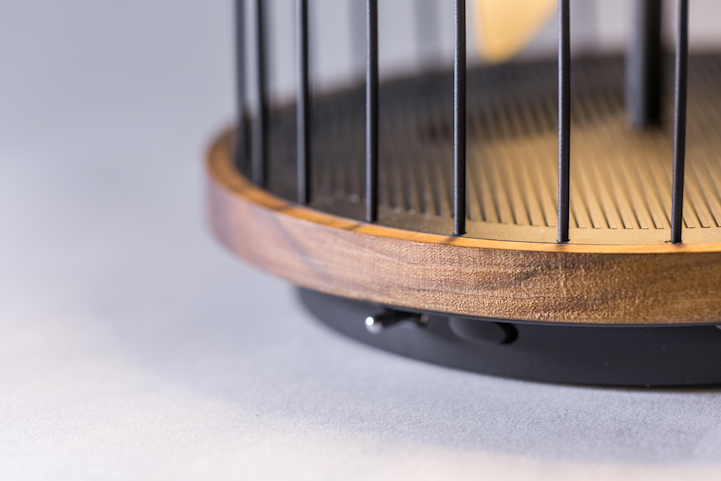 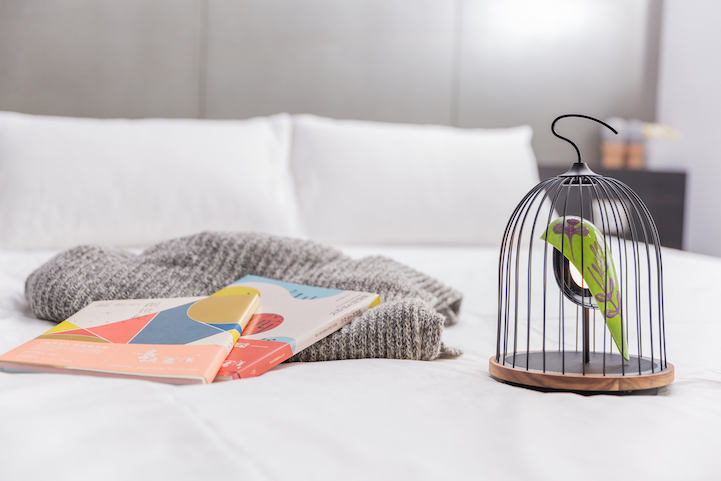 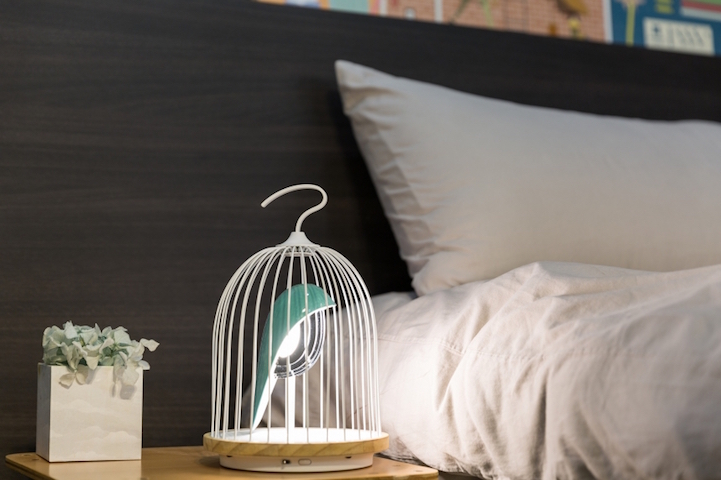 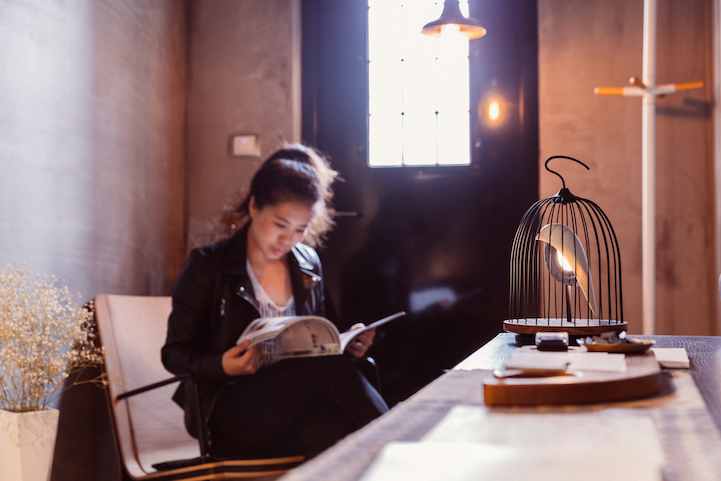 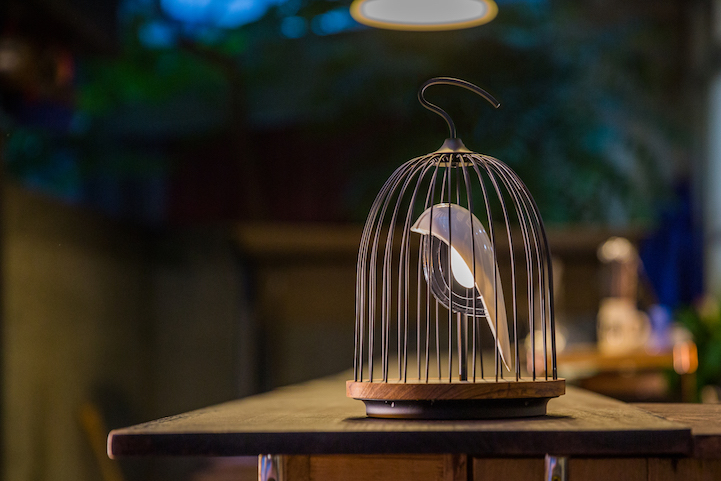