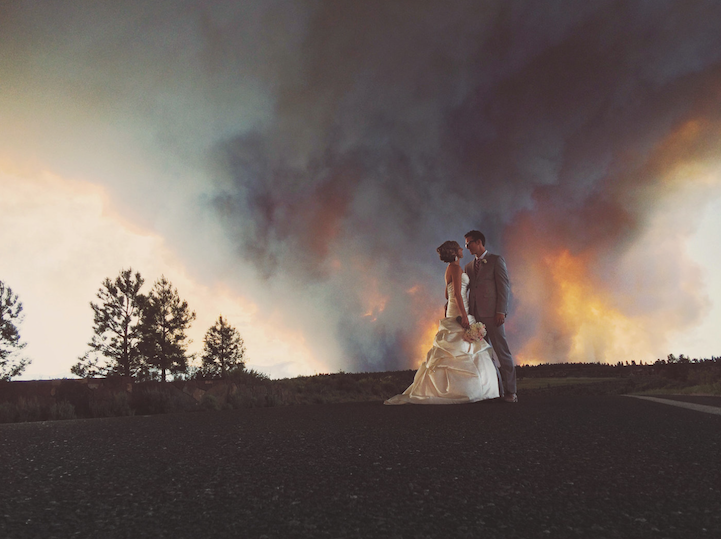 It's part of a wedding photographer's job to immortalize precious moments while under pressure, but professional photographer Josh Newton‘s most recent gig has received national press for its high stakes, burning intensity, and gorgeous results. This past weekend, Newton captured striking and dramatic photos of the newlyweds April Hartley and Michael Wolber set against the backdrop of a blazing wildfire, documenting a wild experience that's sure to be unforgettable for both the couple and the photographer.

What should have been a memorable day was made even more extraordinary by the Two Bulls wildfire that recently swept Oregon's countryside. Just as the bride was about to walk down the aisle at Rock Springs Ranch, a group of firefighters interrupted the ceremony with news of the wildfire, insisting that everyone evacuate. However, after the firefighters had a change of heart, the ceremony was allowed to take place at a much faster pace. The couple were married in under 20 minutes, after which the wedding party, guests, caterers, and DJ all started to evacuate to a backup location for the reception. Along the way, Newton and the newlyweds managed to sneak in a few shots within six miles of the wildfire, taking advantage of a unique situation to produce some truly stunning wedding photos.

The above image, which Newton snapped with his iPhone and posted on Sunday, has gone viral, sweeping the internet like a wildfire and racking up over 90,000 likes on Facebook alone. The photographer later posted the images he took with his camera, which can be viewed here. The incredible photos, which look like scenes from a movie, are a testament to the couple's sense of adventure and burning love.

UPDATE: We're excited to announce that Josh's blazing wedding photos is one of 25 photo stories featured in our new book For Love, published by Chronicle Books! The official release date is March 15, 2016, and the book is currently available to pre-order at Amazon, Barnes and Noble, and Indie Bound. 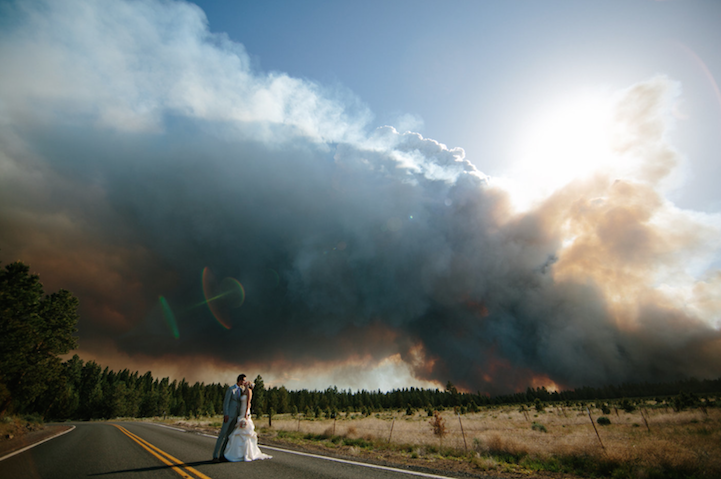 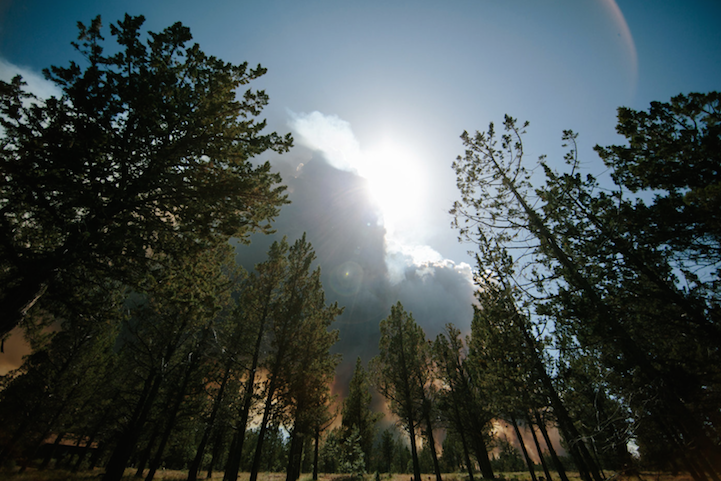 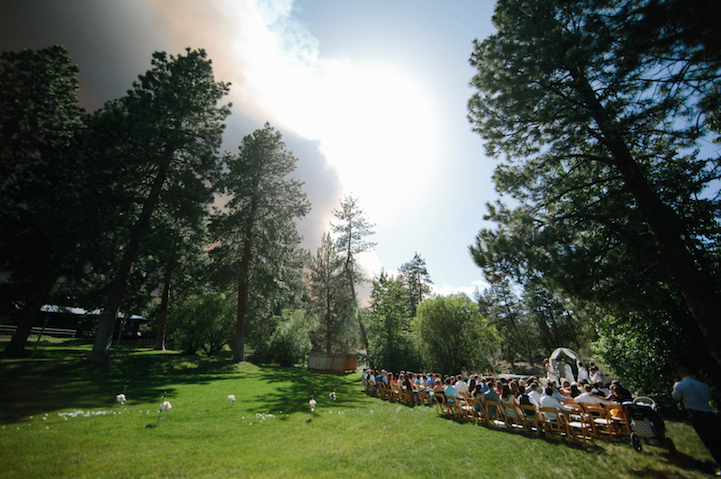 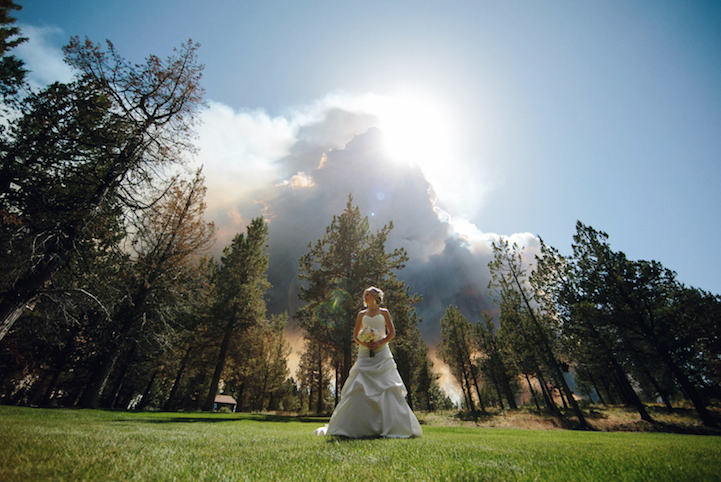 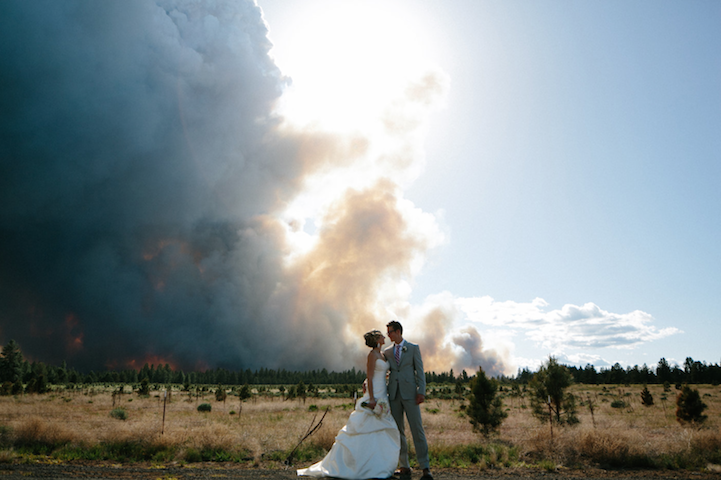 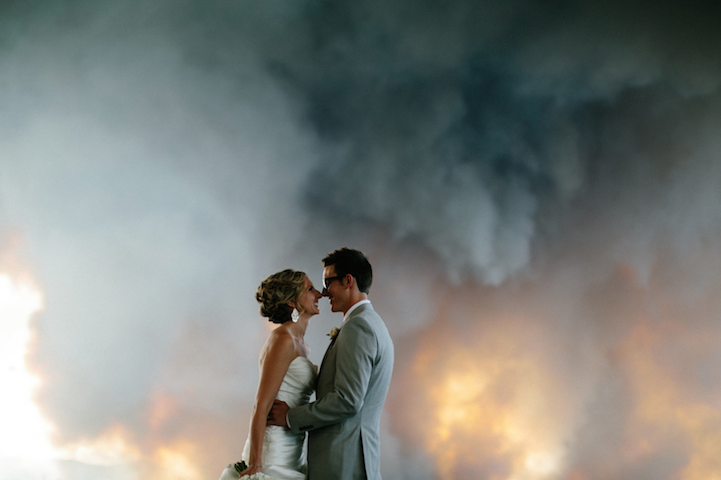 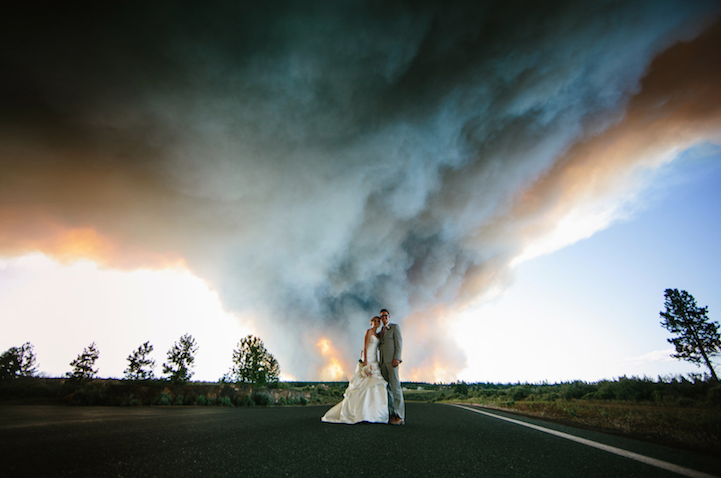 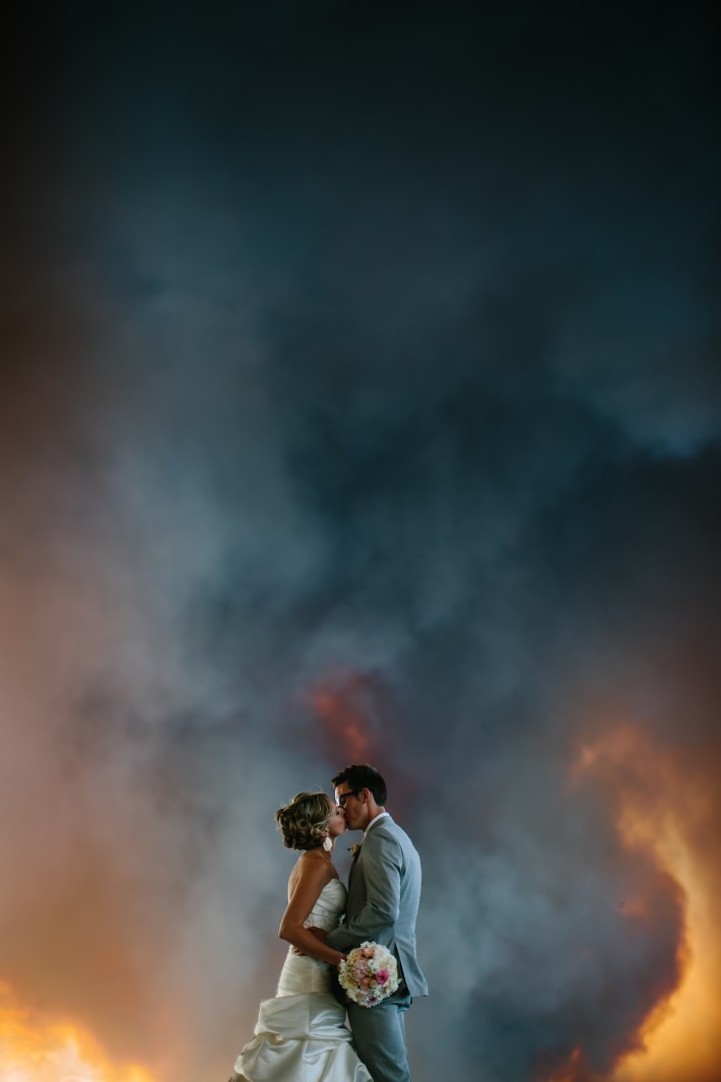 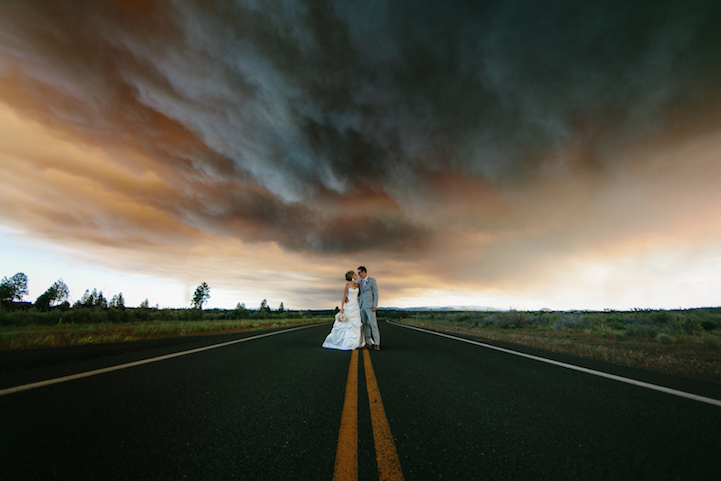