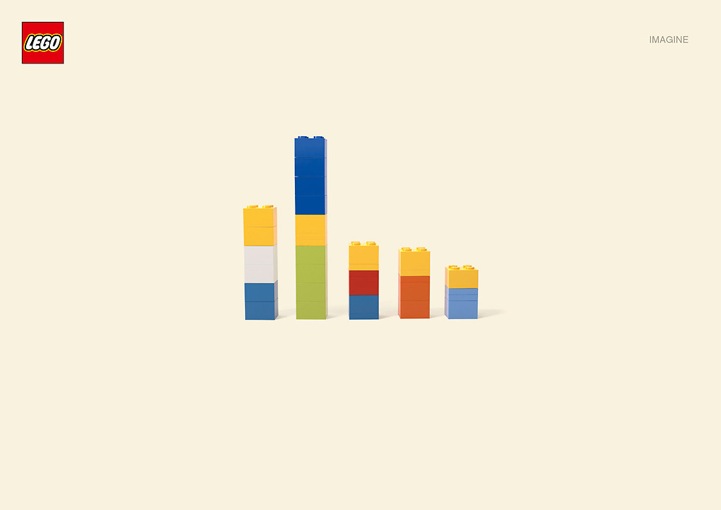 Minimalism goes a long way. In this new series of Lego ads by German advertising agency Jung von Matt, we see simplistic representations of some of the most well-known cartoon characters. The Hamburg-based company's ad campaign titled Imagine features tiny towers of colored Lego blocks in each print. It seems abstract, but undeniably accurate in its color-blocking and size ratio in relation to one another. Yes, Homer Simpson is a yellow block on top of a white block atop a blue block. Details like his two strands of hair are unnecessary in this case. Only the most essential characteristics are illustrated, including Marge's blue hair that soars high above the rest of the Simpson clan.

This fun series, though highly enjoyable for its nostalgic and stripped aesthetic, seems to have risen some controversy over its origins. Adland.tv has pointed out a fan-created Lego representation of The Simpsons appeared on the internet before the official ad campaign launched. There is an indisputable resemblance between the two images that has raised some eyebrows and caused bloggers to question whether the idea was flat-out stolen. Whether it was or wasn't remains a mystery, but one thing is for sure: the minimalist design is a great and effective one. It really makes you want to fish through some legos and construct your own simplified rendition of your favorite childhood cartoon character. I'm going to need a lot of pink for my Jem and the Holograms creations. 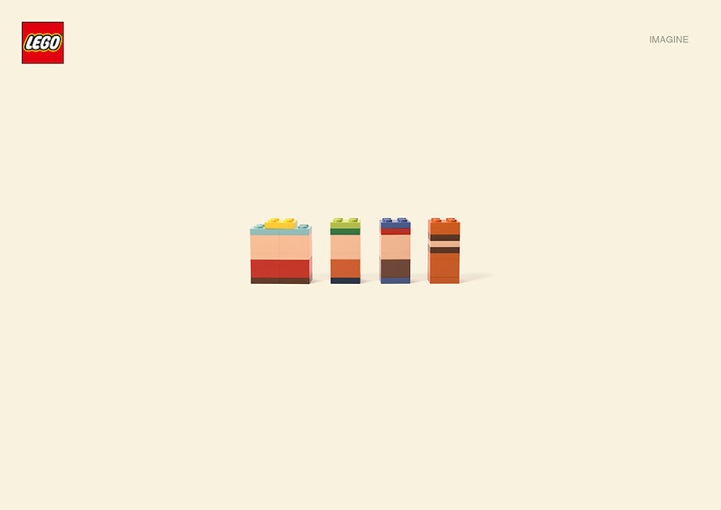 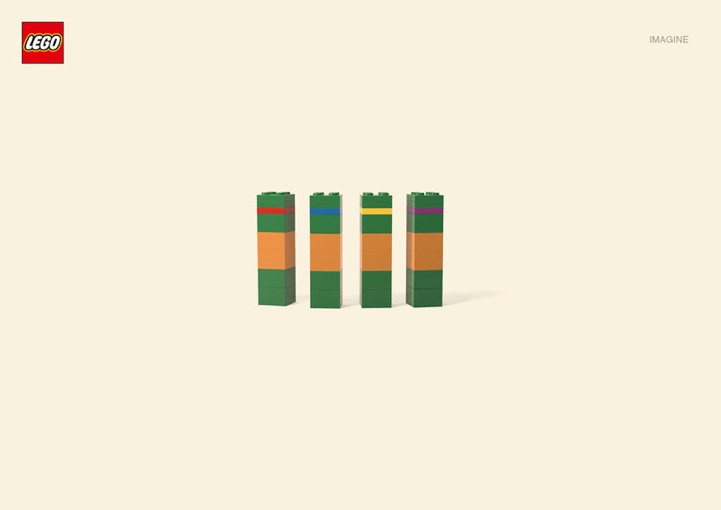 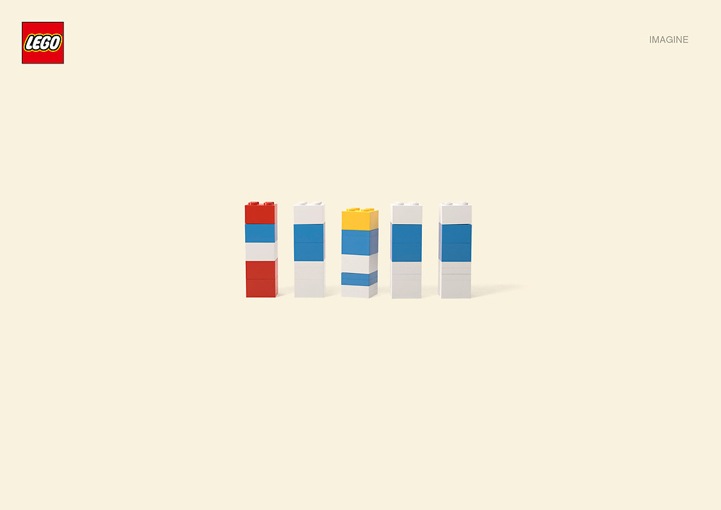 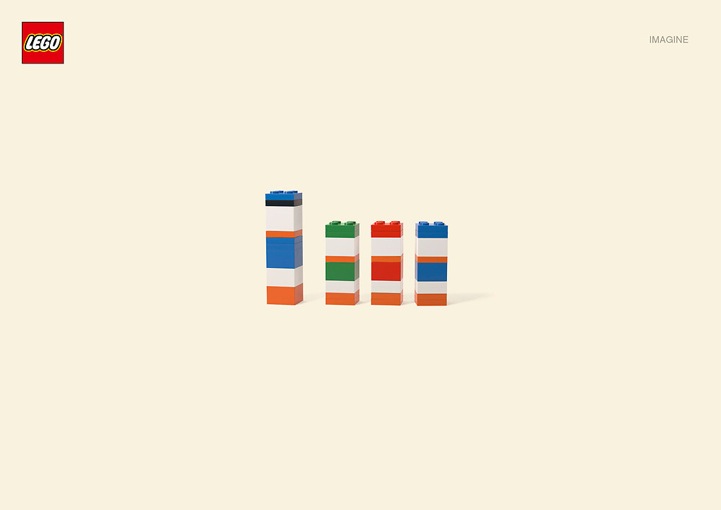 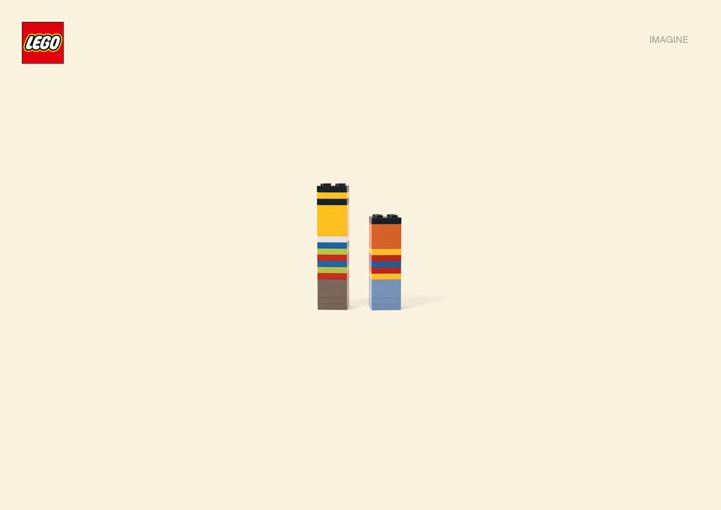 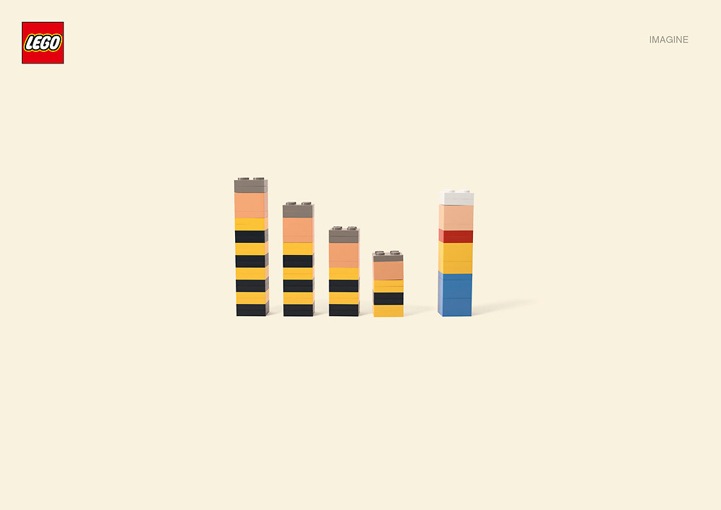 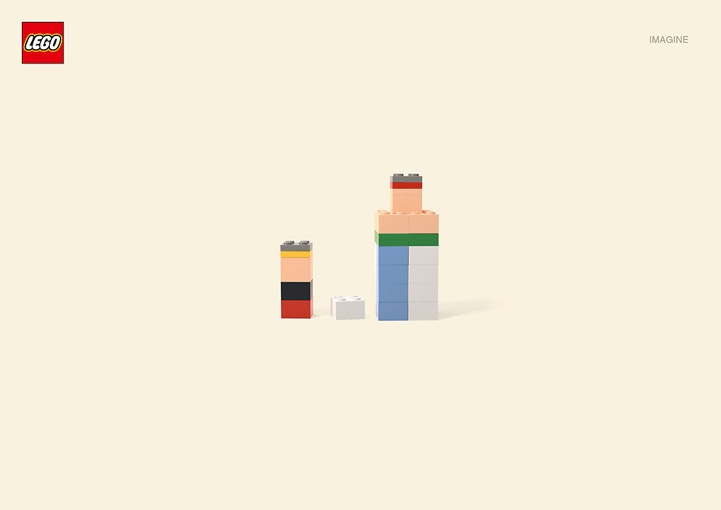