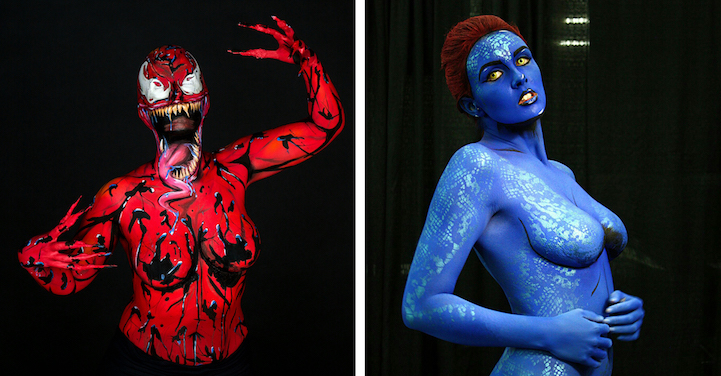 Superheroes have exceptional, supernatural abilities, but what about us humans? Artist Lianne Moseley is someone with an incredible gift that seems like its own super power–she transforms regular people into living comic book characters! Using makeup and body paint, Moseley is able to contour and visually “sculpt” these fictitious figures with strategically-applied body paint. When she's done, her clients look as though they've leapt off the pages of a comic book.

Moseley's portfolio is constantly growing and evolving. So far, she's produced faithful recreations of Captain America, Wolverine, Mystique, and many more. Occasionally, she'll add her own spin on a classic character, such as turning them into a zombie.

Illusion plays a huge role in the success of Moseley's work. While the characters' outfits are undoubtedly important, it's the small details that make a big impact–specifically, her use of lines. Moseley draws black marks along her subject's arms, faces, and torsos, which visually flattens them, making the bodies look as though they're actually an ink drawing–like a real comic book character has popped out of the pages. 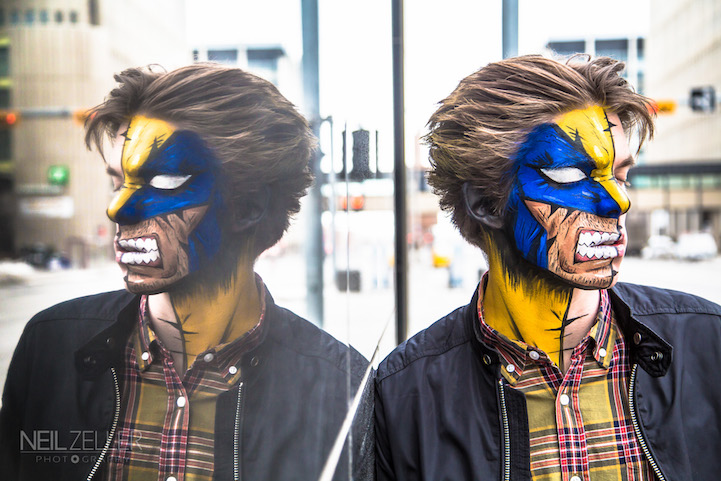 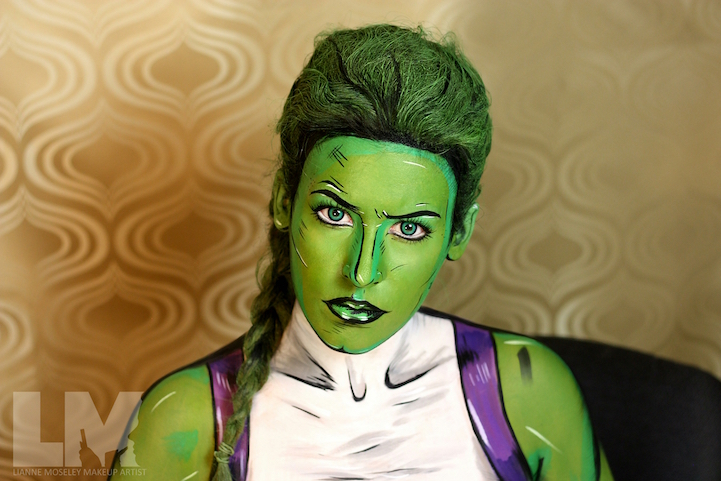 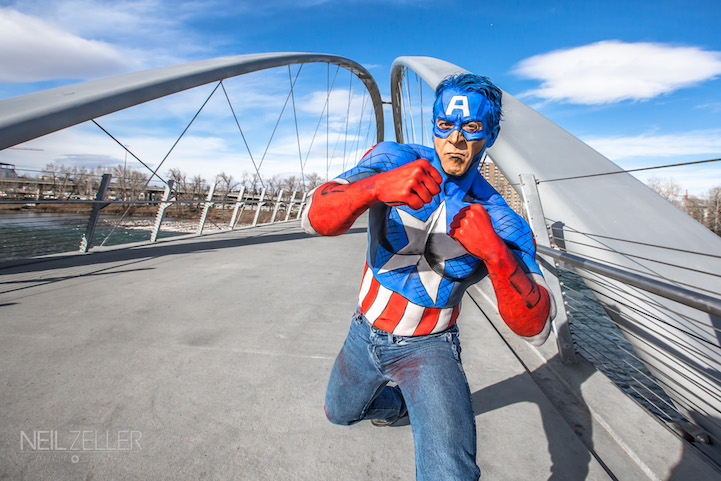 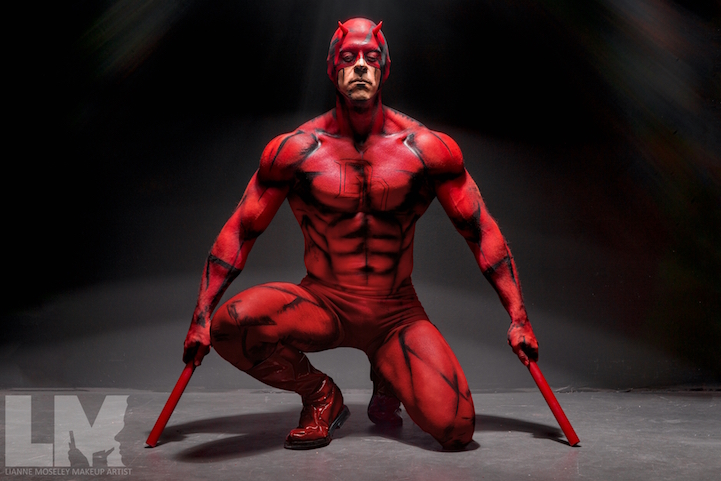 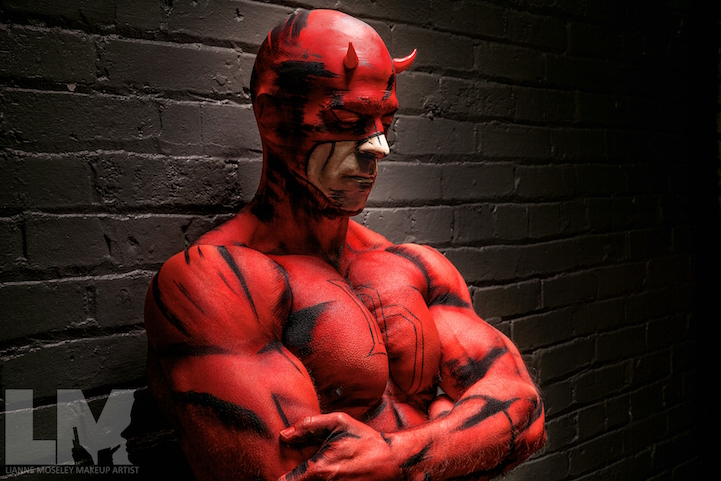 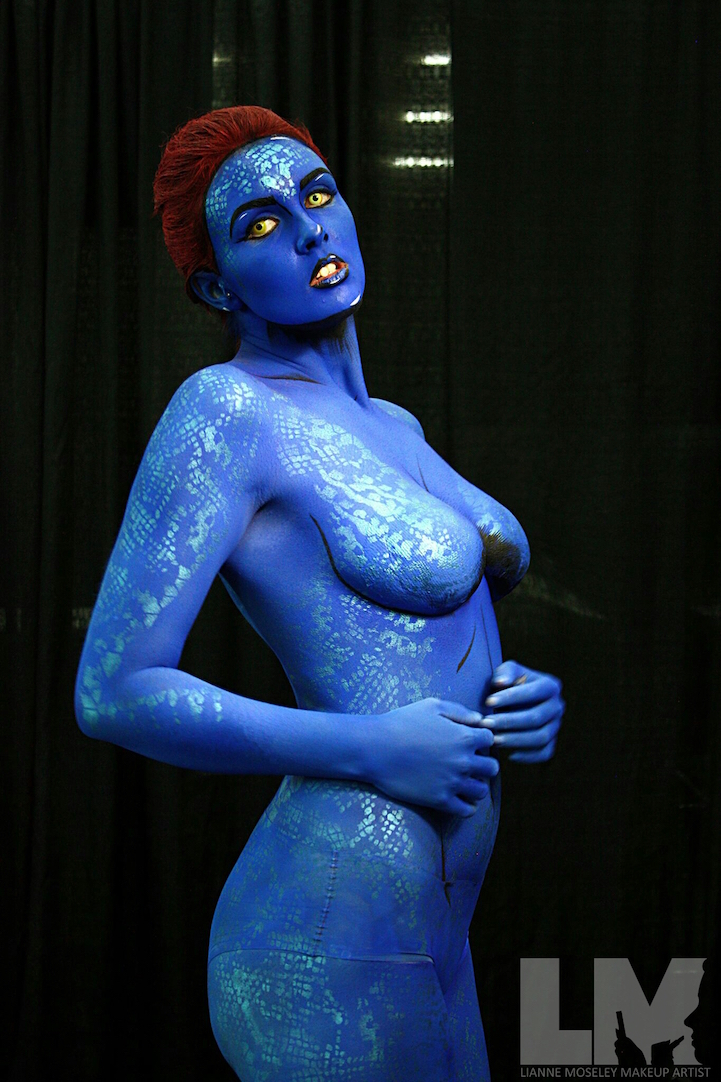 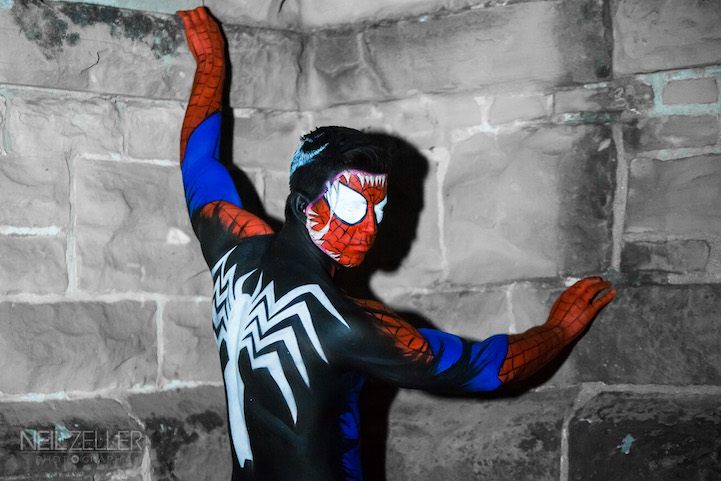 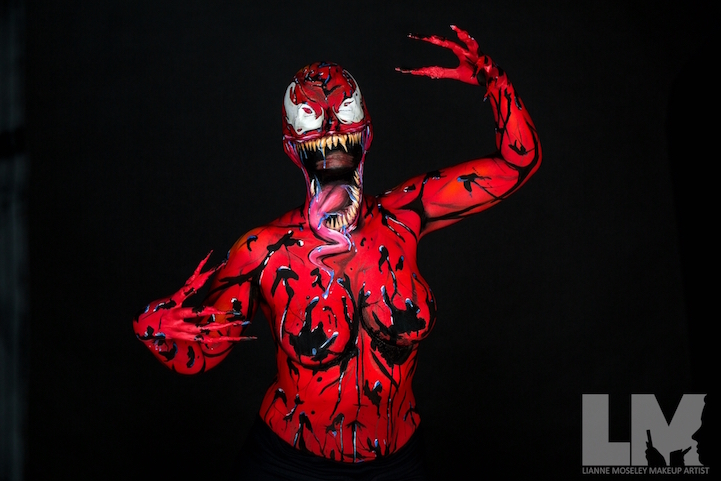 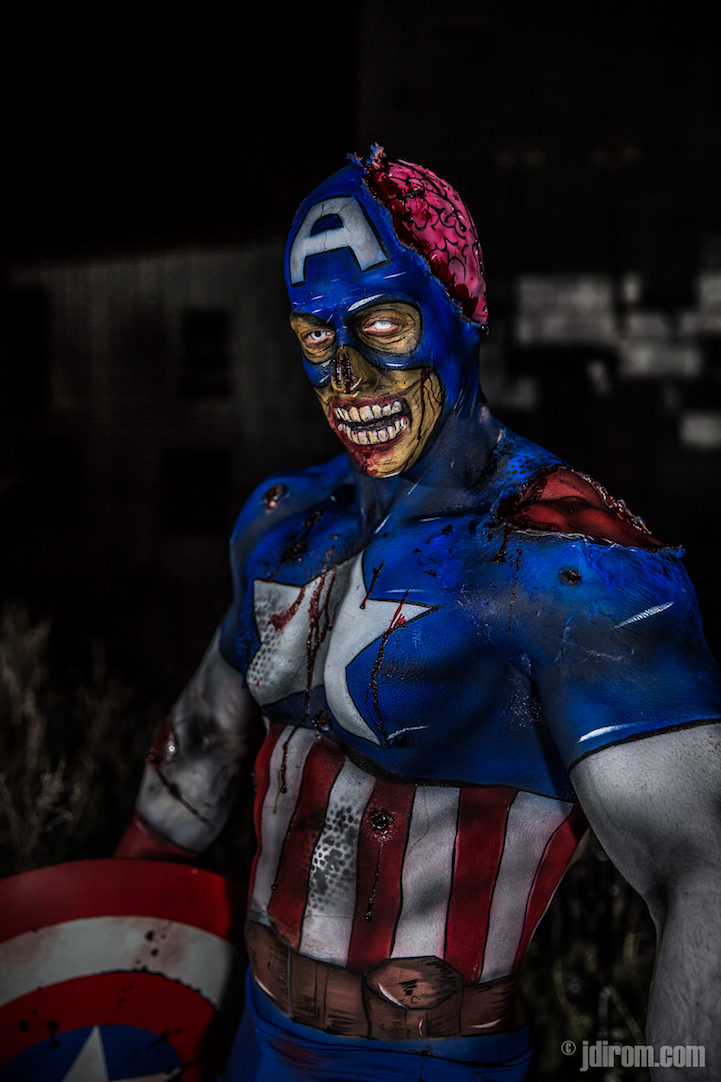 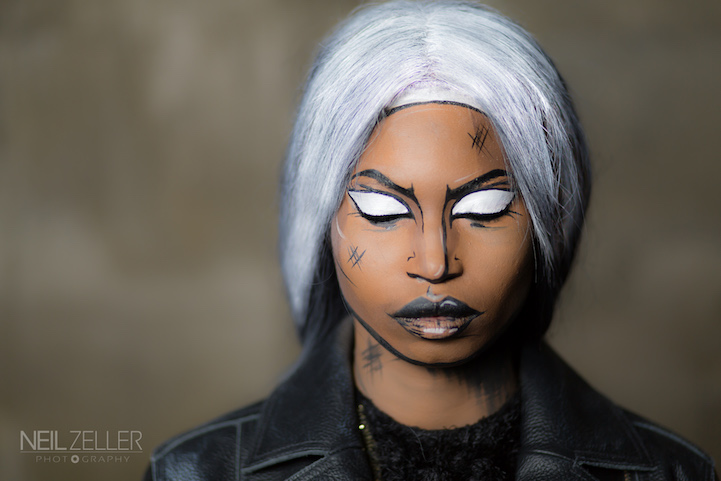 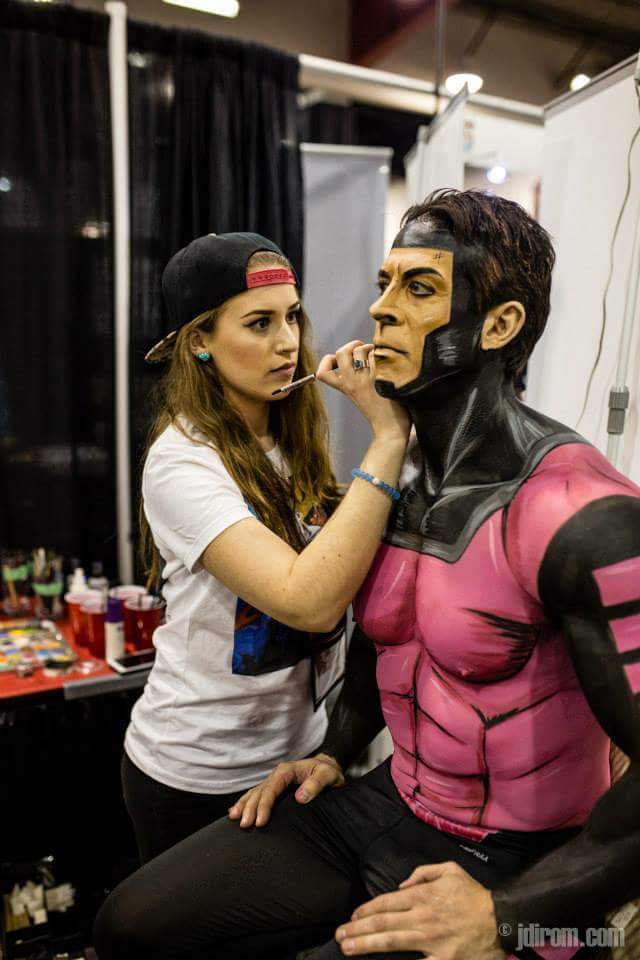 Which one is your favorite? Share
Like My Modern Met on Facebook
Get Our Weekly Newsletter
Become a
My Modern Met Member
As a member, you'll join us in our effort to support the arts.
Become a Member
Explore member benefits

Which one is your favorite? 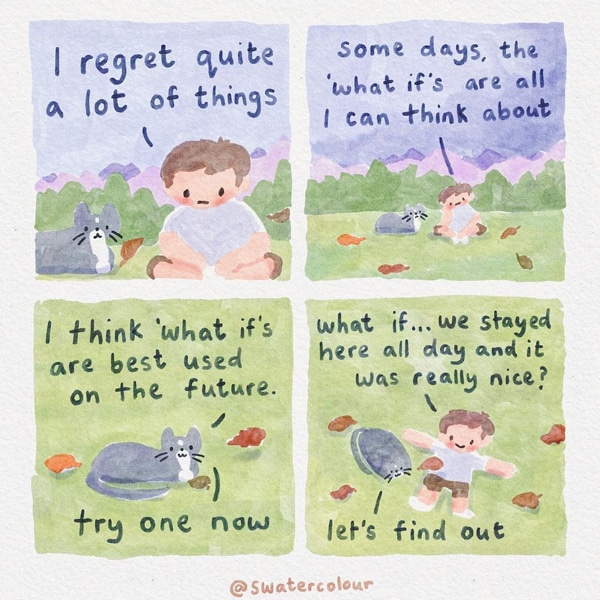 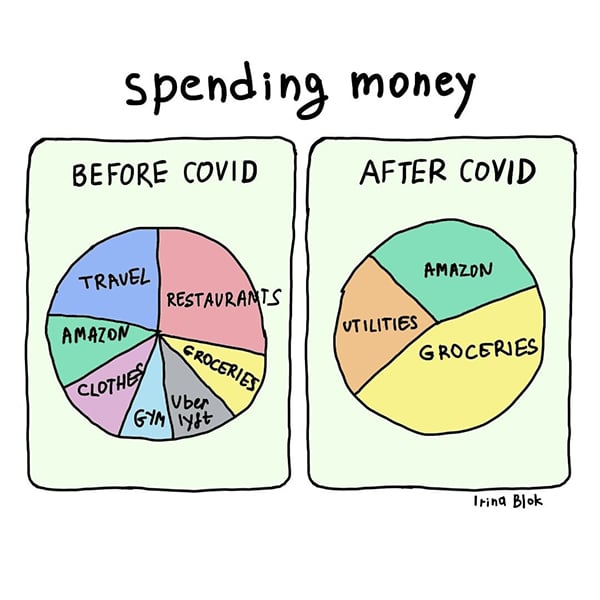