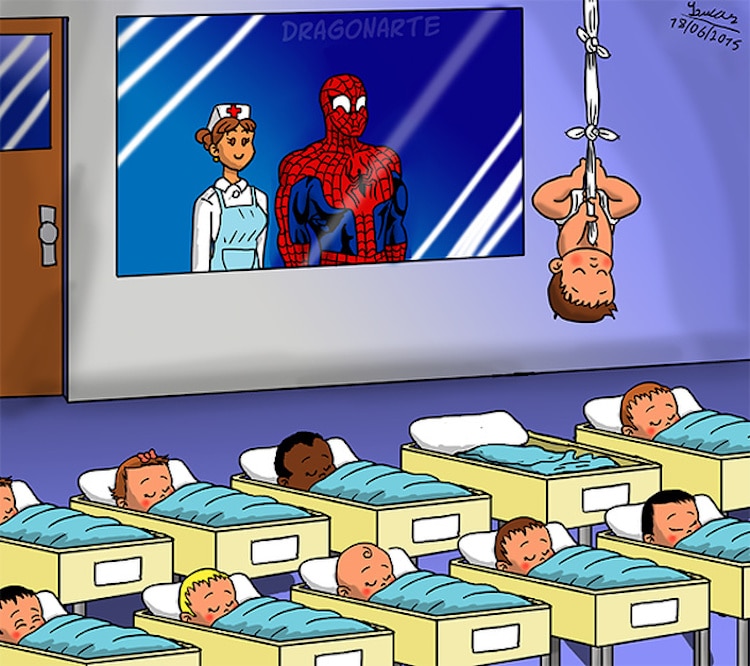 There’s the old saying of “like father, like son,” and in comics by Lucas Eduardo Nascimento, it’s certainly true. The Brazilian illustrator, who also goes by the name Dragonarte, has imagined what it’d be like if some of pop culture’s most famous superheroes and villains had children. In Nascimento’s telling, these are full-fledged superhero babies that have their fathers’ amazing abilities with personalities to match.

Nascimento has formatted each comic in the same way: as one-panel illustrations featuring a proud dad beaming about his newborn. He stands outside of the maternity ward with an expressive nurse by his side. Among the rows of peaceful sleeping babies is a son who is already taking after their comic book character parent—in ways that any fan will certainly appreciate. Spiderman’s offspring is out of his crib and dangling from a makeshift rope (turns out he’s clever, too), while Batman’s baby quietly lurks in the shadows. It’s safe to say, the apple doesn’t fall far from the tree!

If you enjoy Nascimento’s sense of humor, follow him on Instagram to see more of his pop culture illustrations.

Lucas Eduardo Nascimento illustrates funny comics that imagine how superhero babies would act—especially if their dads were some of pop culture’s most famous superheroes and villains. 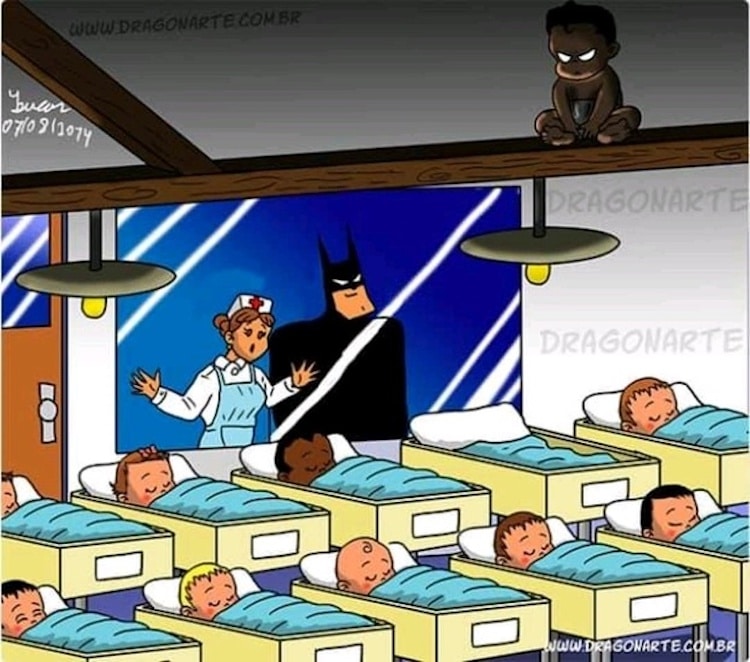 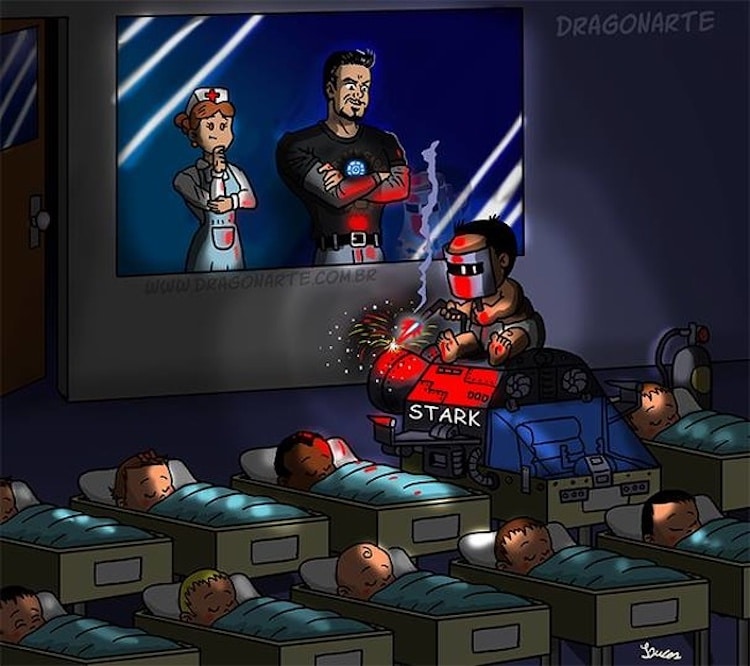 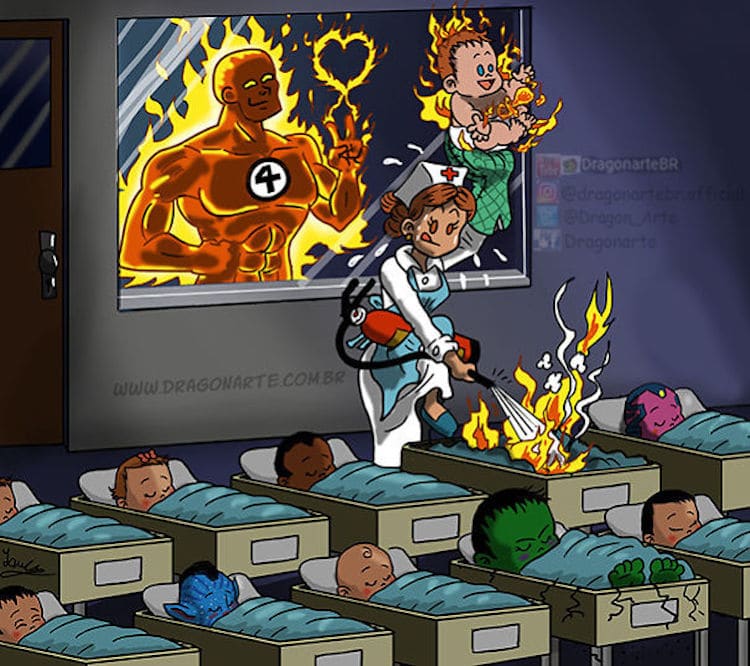 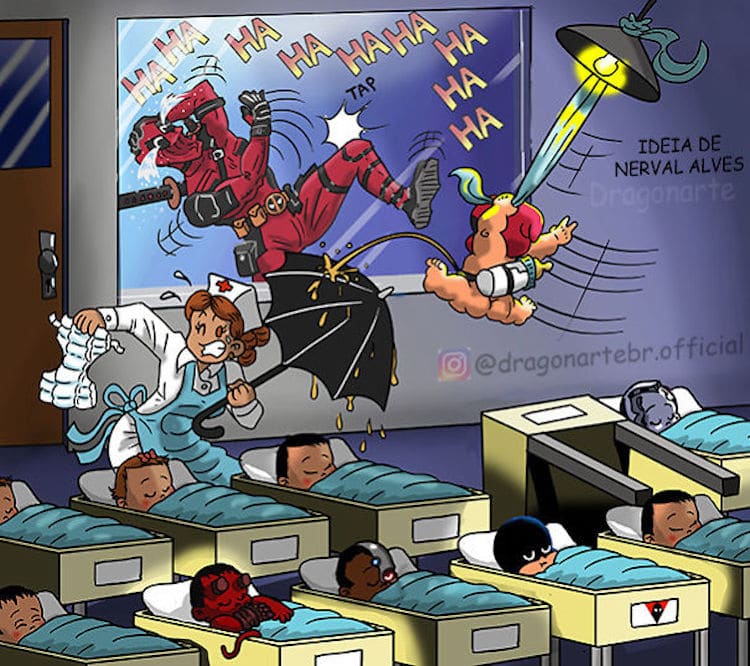 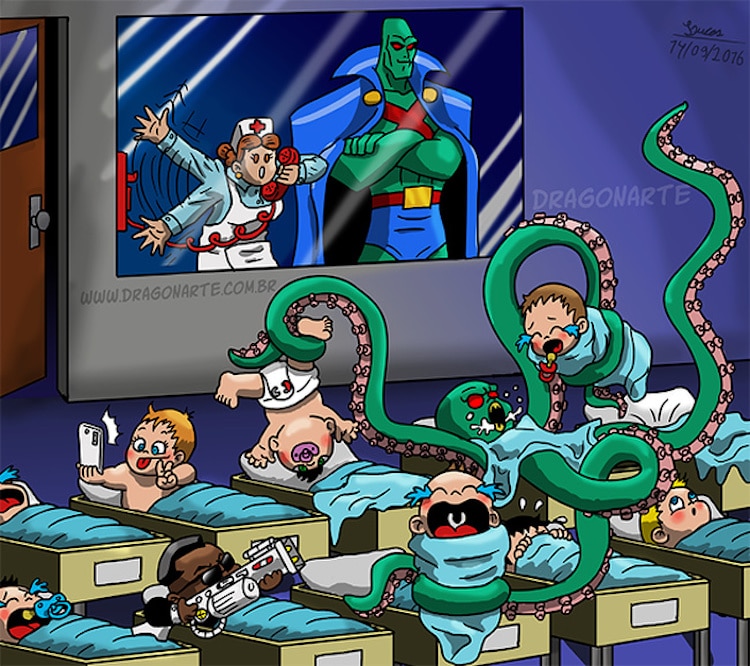 Martian's baby (from Men in Black) 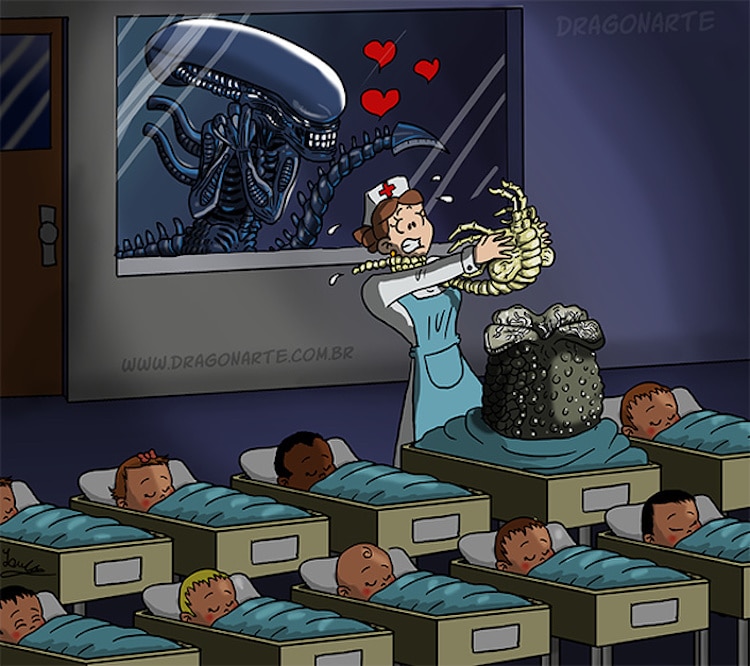 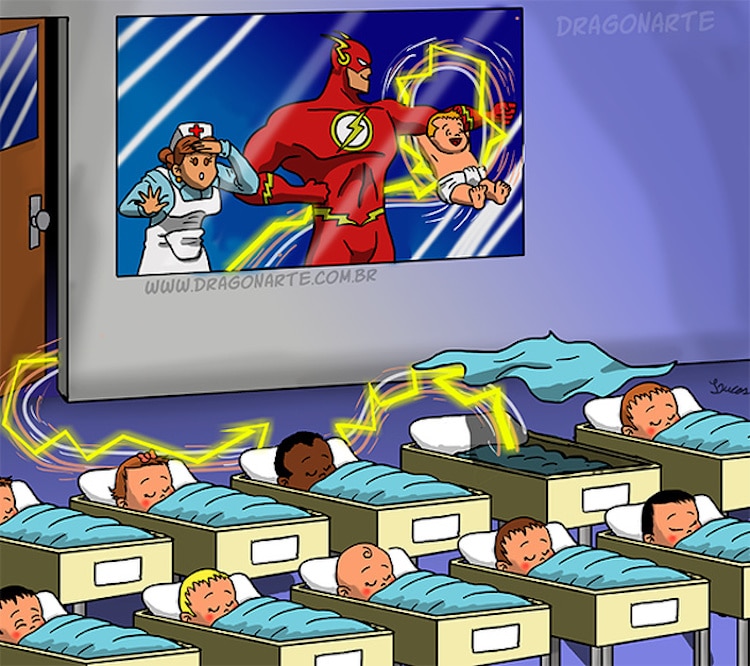 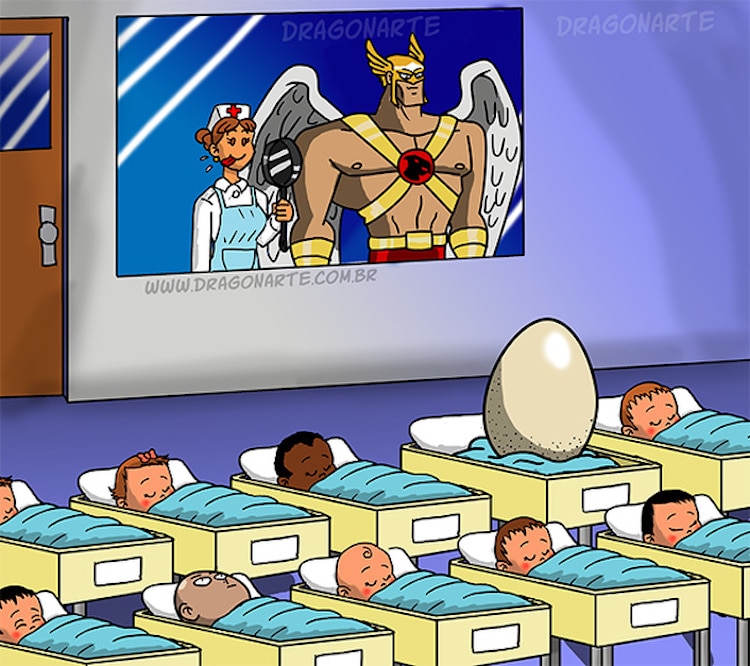 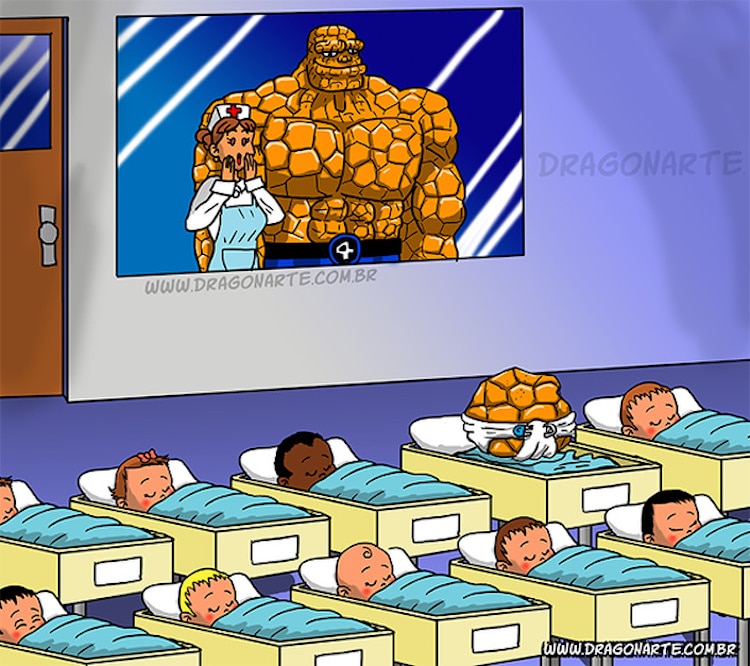 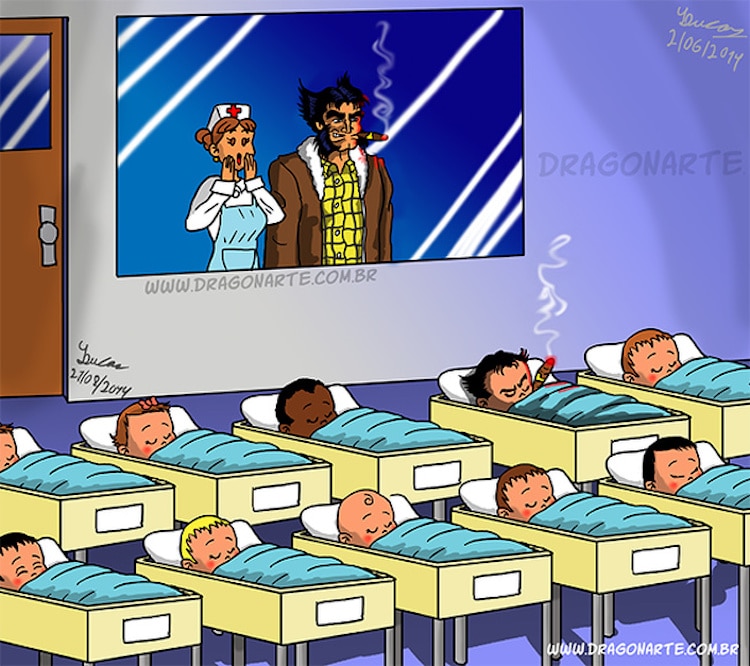 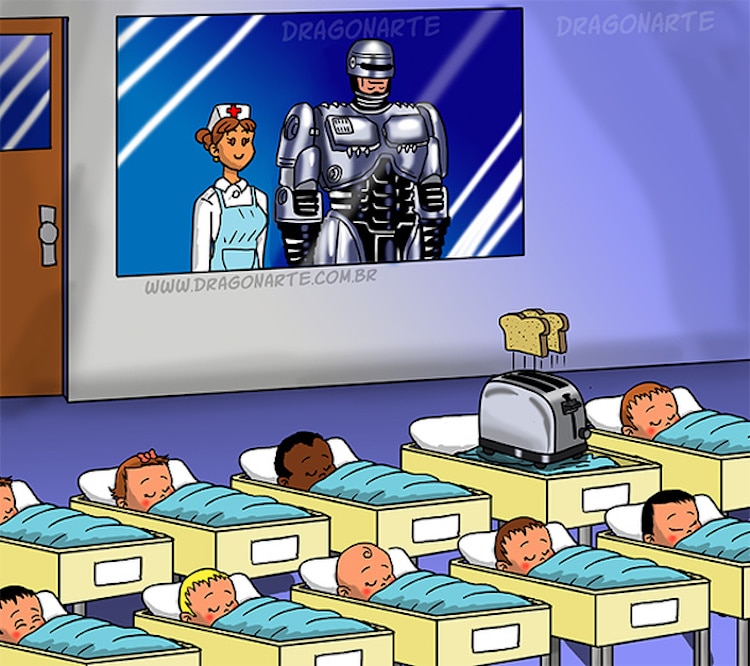 Chuck Norris isn’t a superhero, but Nascimento still imagined what his baby would look like. 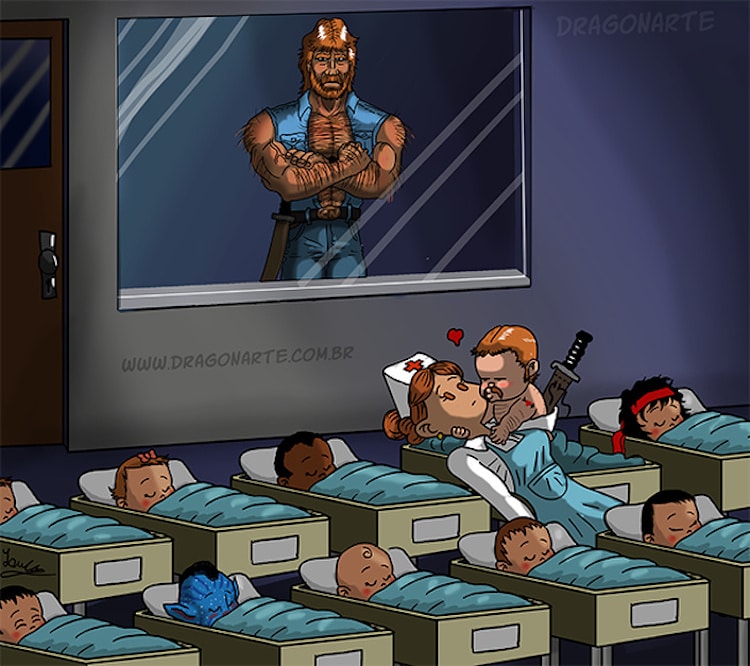 My Modern Met granted permission to use photos by Lucas Eduardo Nascimento.

Laughing at their antics?