Small Island Has Traditional Sheds Made of Upside-Down Fishing Boats 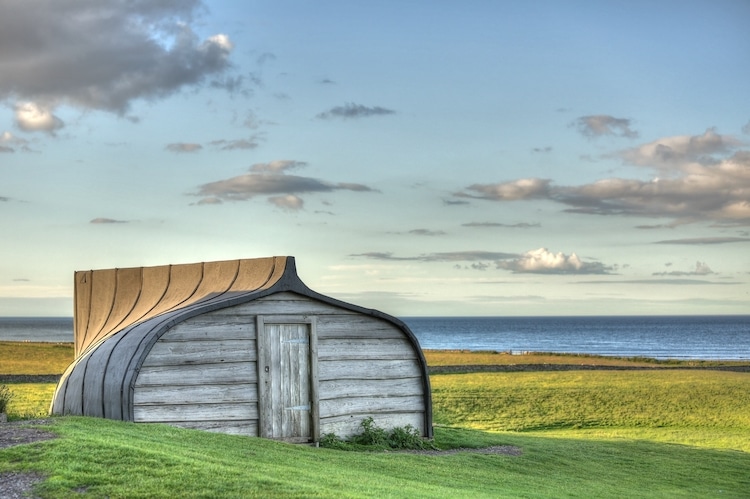 On a small island off the northeast coast of England, rows of fishing sheds dot the coastline. In Lindisfarne, also known as Holy Island, the fishermen made clever use of the materials they had on hand when designing their sheds. By using overturned boats, these traditional structures show ingenuity and a spirit of recycling that has existed for quite some time in the area.

The fishermen created storage sheds for their gear by turning over their old herring boats, giving them new life and functionality. While the method was typical in the whole of northeast England, changes in the fishing industry made Lindisfarne one of the few places where these sheds still survive. By covering the boats in tar, they are made waterproof and it's still possible to see a collection of the quaint structures in varying states of decay when visiting the Holy Island.

Several of the sheds are on land owned by the National Trust. After two were destroyed in a 2005 fire, they worked with locals to rebuild them and transform them into spaces open to the public. “The upturned boats are a fascinating and quirky feature of Holy Island’s historical heritage which will now be preserved for future generations,” explains Dr. Keith Bartlett of the Heritage Lottery Fund. “Whilst the people of Holy Island are learning about the contribution of the upturned boats to the community, essential boat building skills will be being preserved ensuring that these traditional methods are passed on and safeguarded for the future.”

These fishing sheds are made of old herring boats and have been a tradition since 1908 in Lindisfarne. 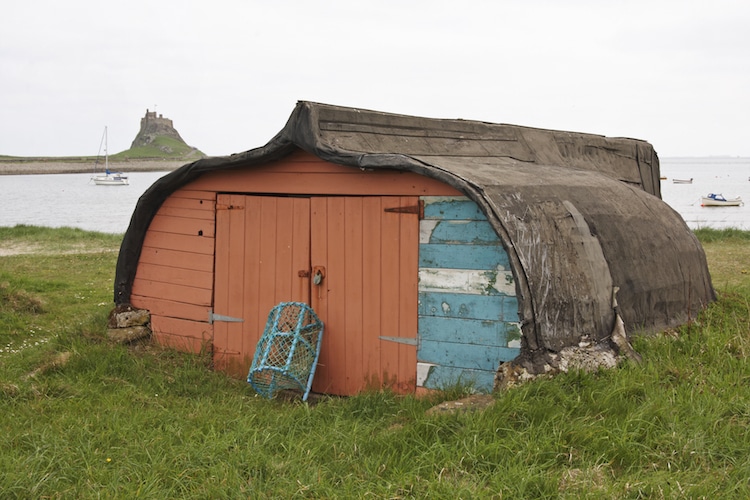 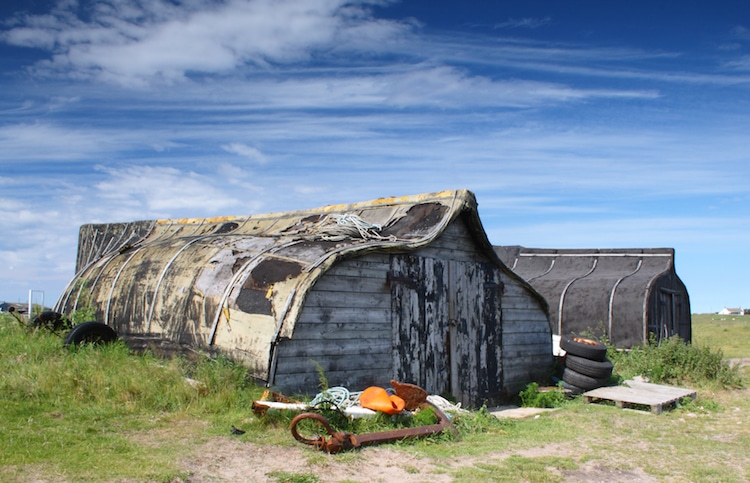 Lindisfarne, also known as Holy Island, is also home to the breathtaking castle. Two sheds on the castle grounds were burnt down in an arson attack in 2005 and have been rebuilt by the National Trust. 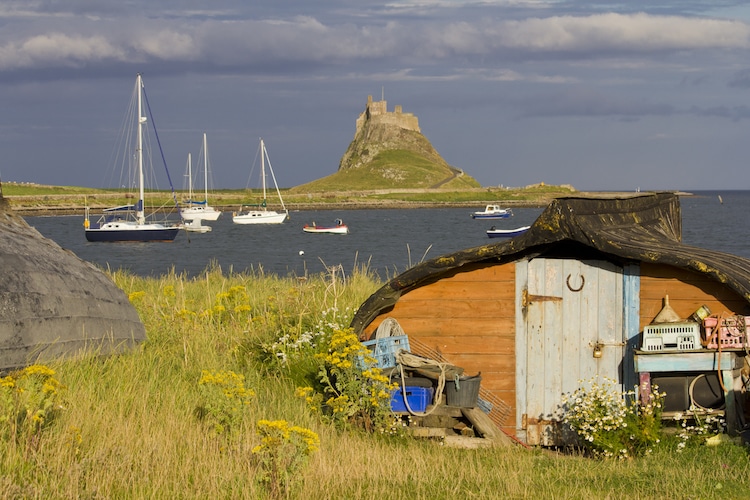 The rebuilt sheds are now open to the public and are run by local residents. 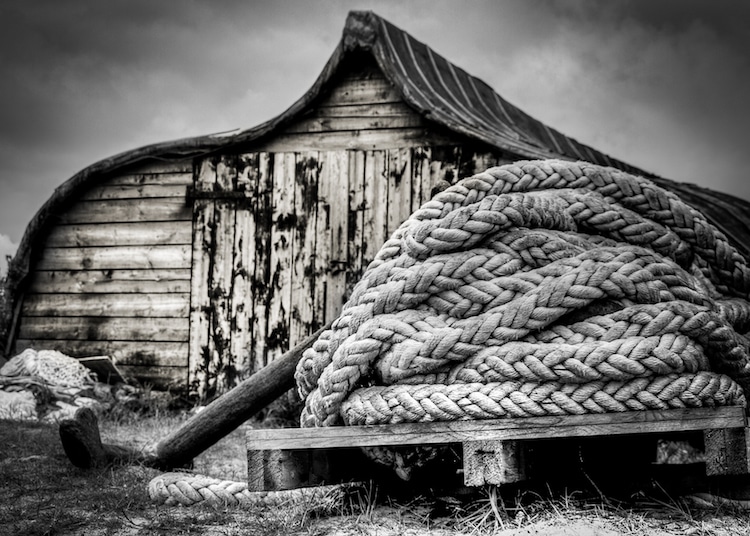