Adorable Dog Insists on Hugging Strangers During Her Daily Walks 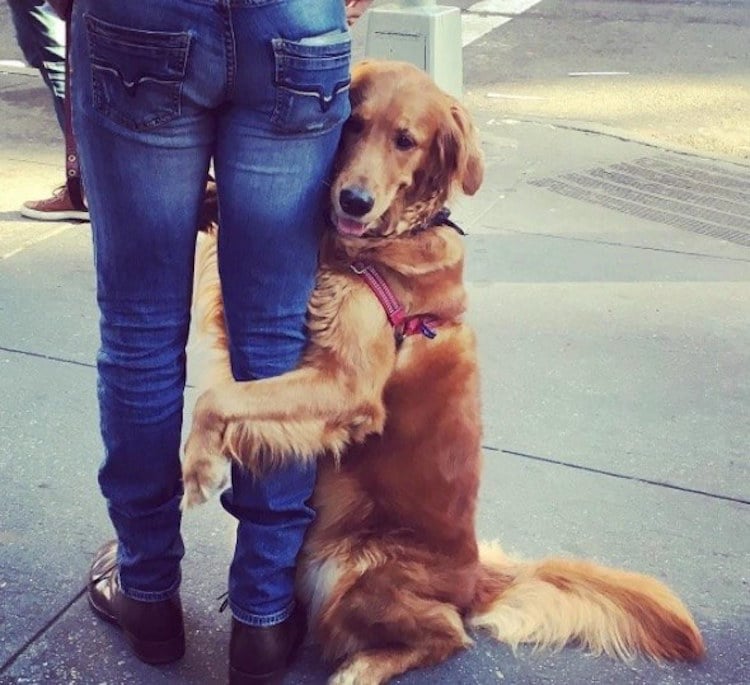 Loving and loyal, dogs are man's best friend for a reason. Though most canines show affection for humans with tail wags and lots of licks, Louboutina (Loubie for short), an adorable golden retriever, communicates her love through cuddly hugs.

The darling dog loves to embrace her owner, Cesar Fernandez-Chavez, by wrapping her front legs around his knees. According to Fernandez-Chavez, Loubie learned the behavior all by herself, and has since insisted on wrapping her paws around many people she encounters—including complete strangers. As one can imagine, Loubie's daily walks around New York City are quite the sight. “It's just not a regular walk,” Fernandez-Chavez told The Dodo. “It's a walk with hugging. So we don't get to go too far.”

While the darling dog loves to hug, she is comically picky about her recipients. “Sometimes people run up and ask for a hug, but I tell them, ‘I don't think it's going to happen,' because she has to bond with that person first,” he said. “But when she sits next to someone, then I say, ‘You're probably going to get a hug.'”

As if she couldn't get any more adorable, Loubie's habit of hugging is not her only cute quirk. Prior to cuddling, she had a thing for holding hands. “She started sitting up and grabbing my hands with both of her paws, and then crossing the other paw over her paw,” Fernandez-Chavez said. “From then on, every walk, she wanted to hold hands.”

Though she has since moved on from the hand-holding, Loubie's love of canoodling suggests that she won't give up hugs anytime soon. Lucky us!

This is Loubie, a hugging dog from New York. 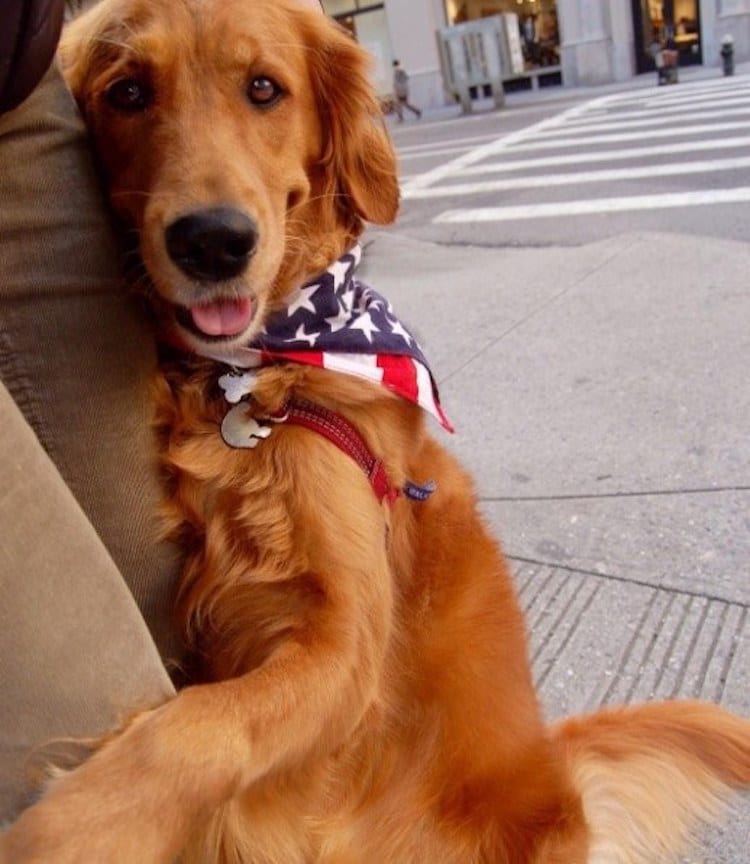 A couple of years ago, Loubie began holding hands with her owner, Cesar Fernandez-Chavez, and with strangers on the street. 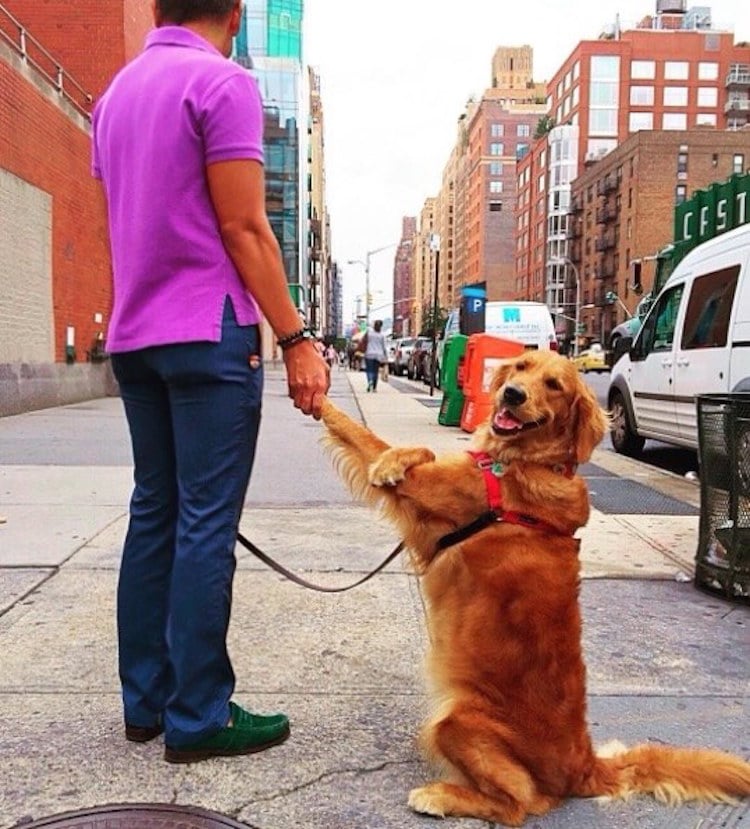 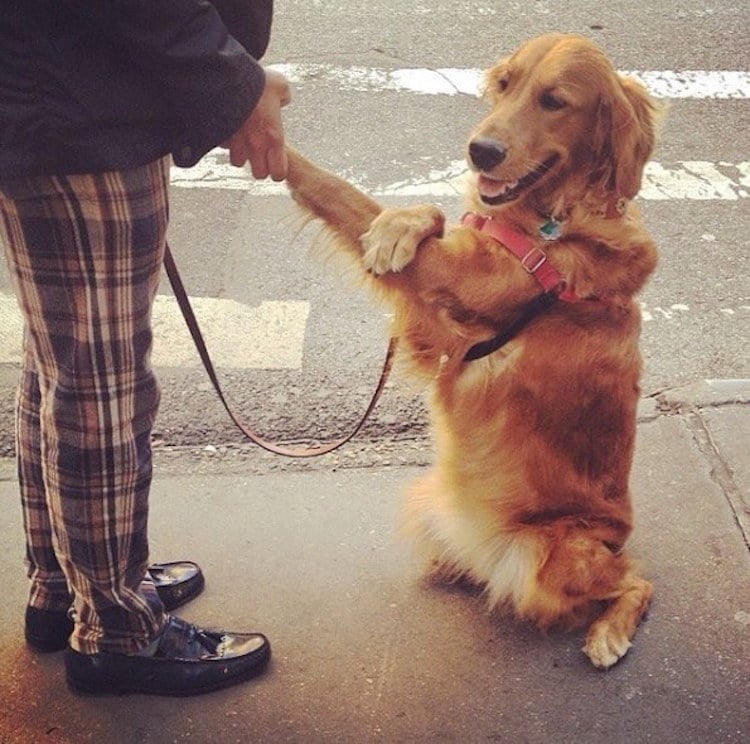 Adorably, the hand-holding has since turned into cuddly hugs. 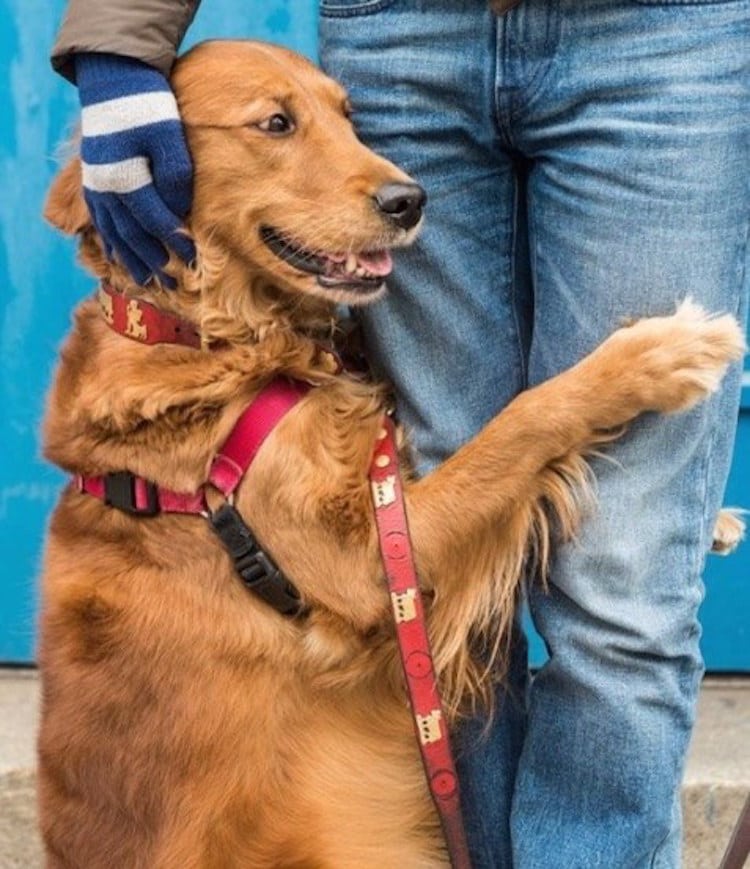 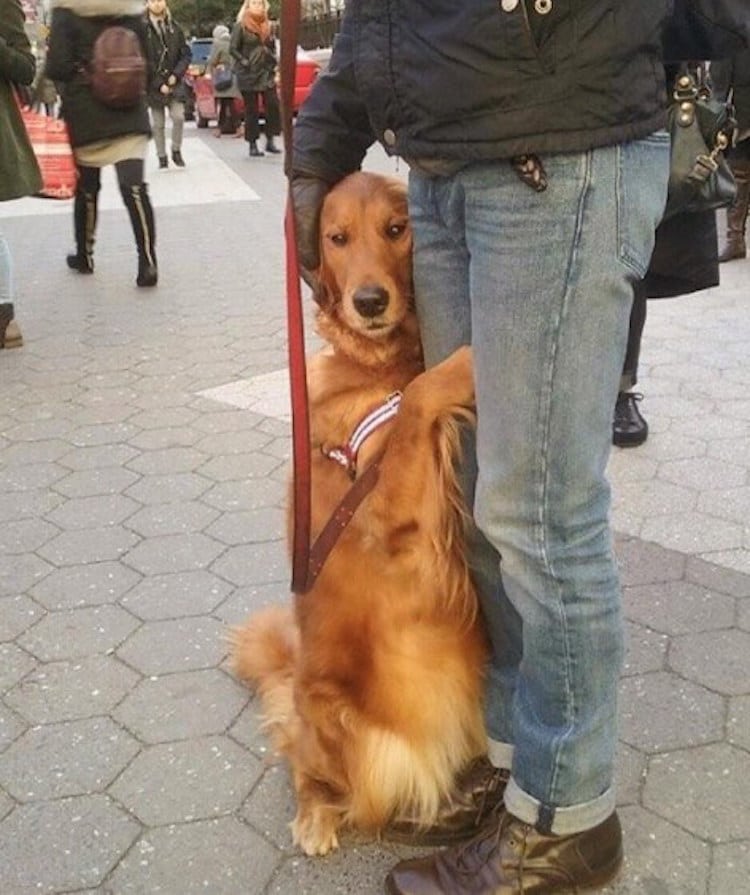 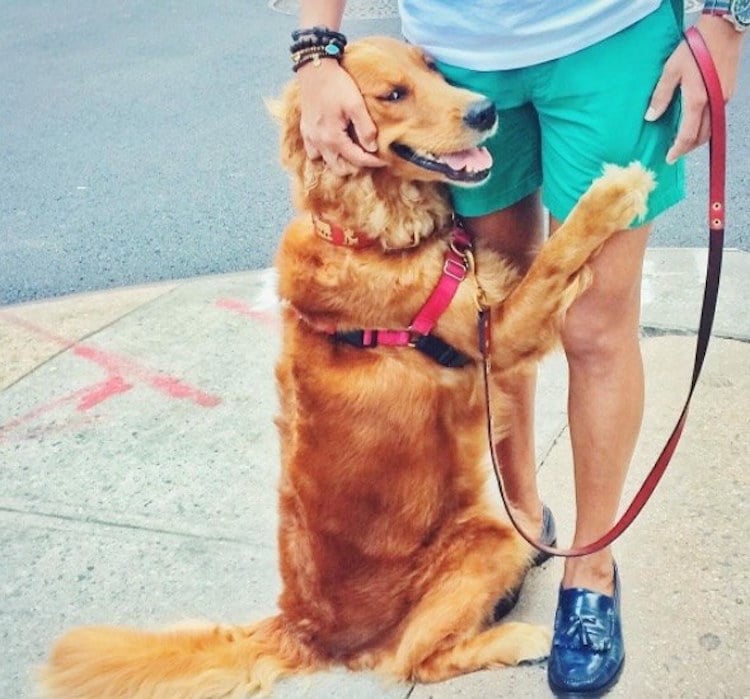 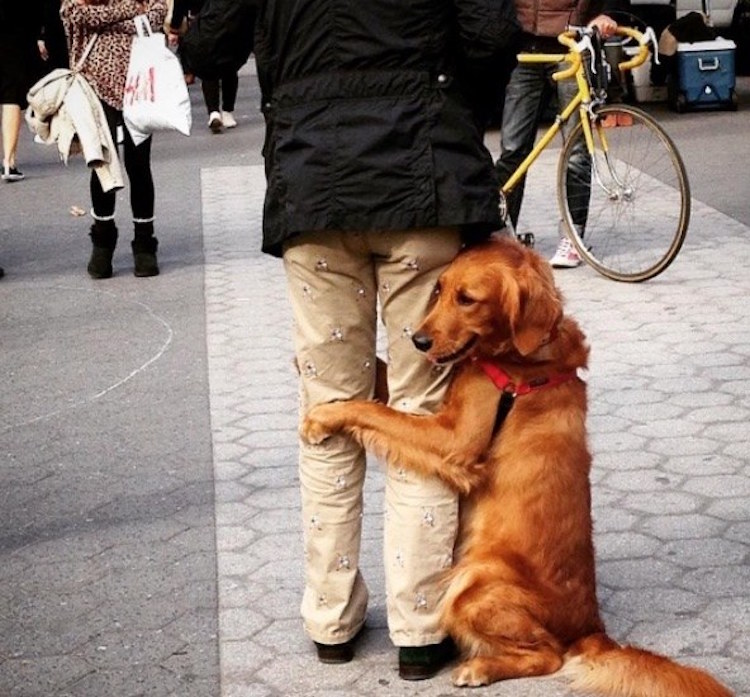 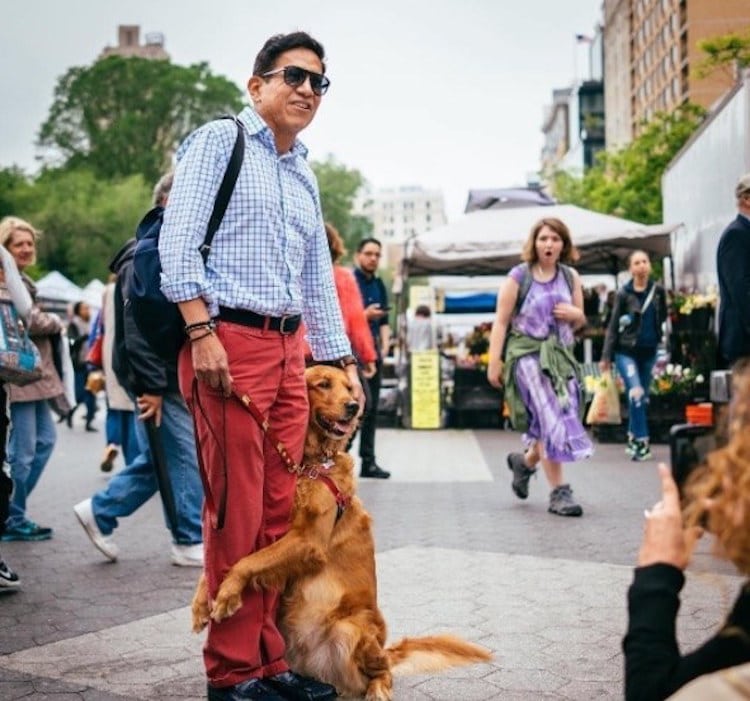 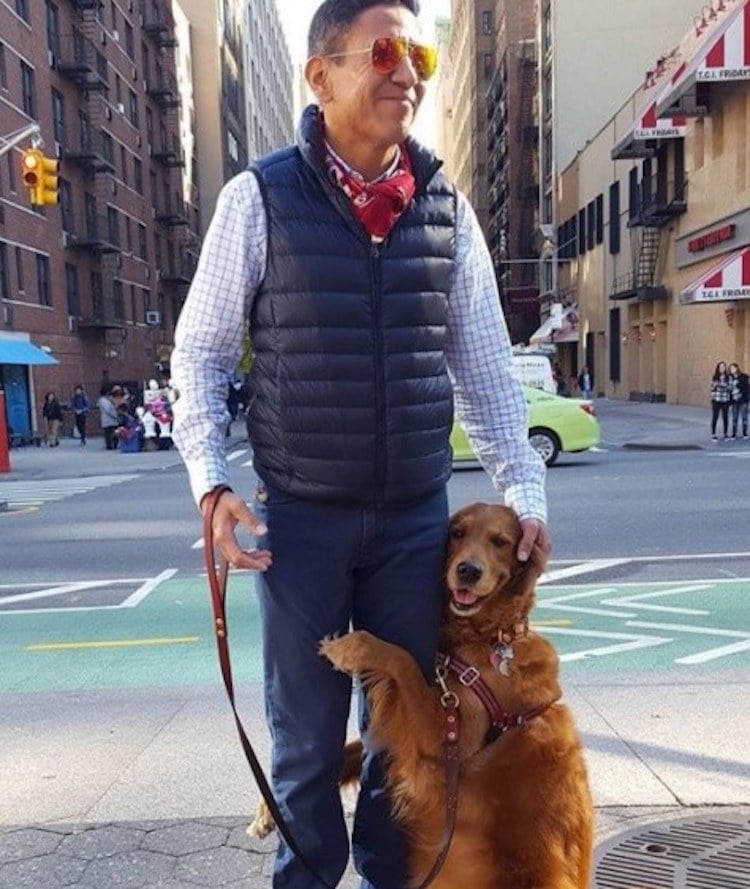 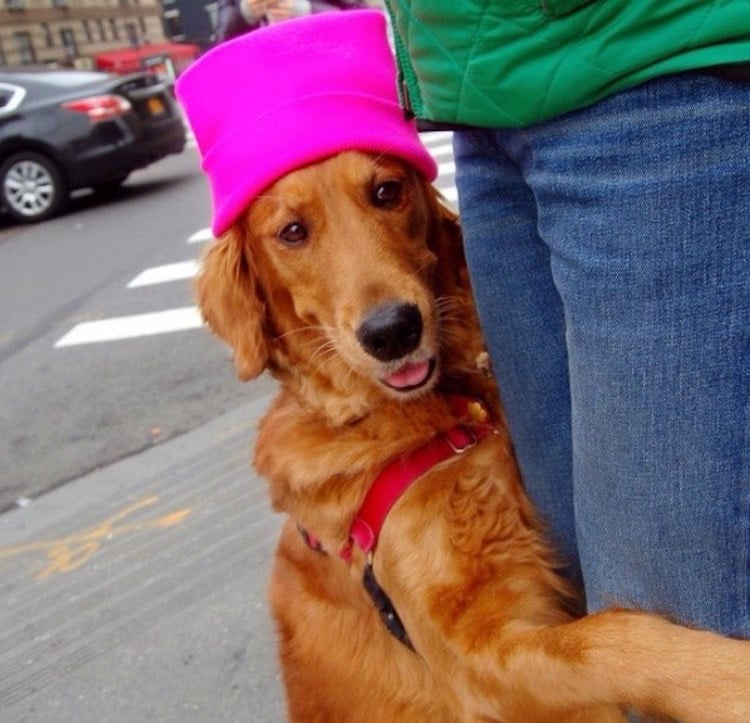 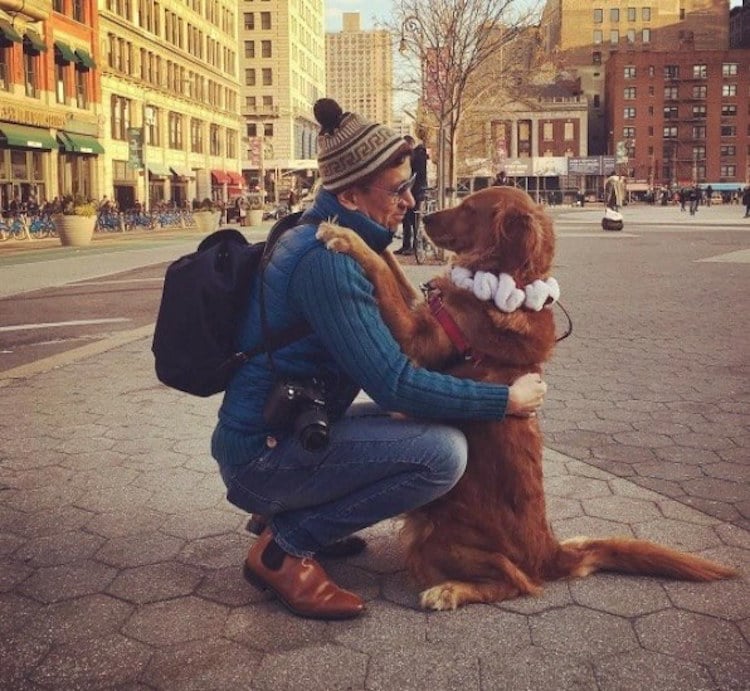 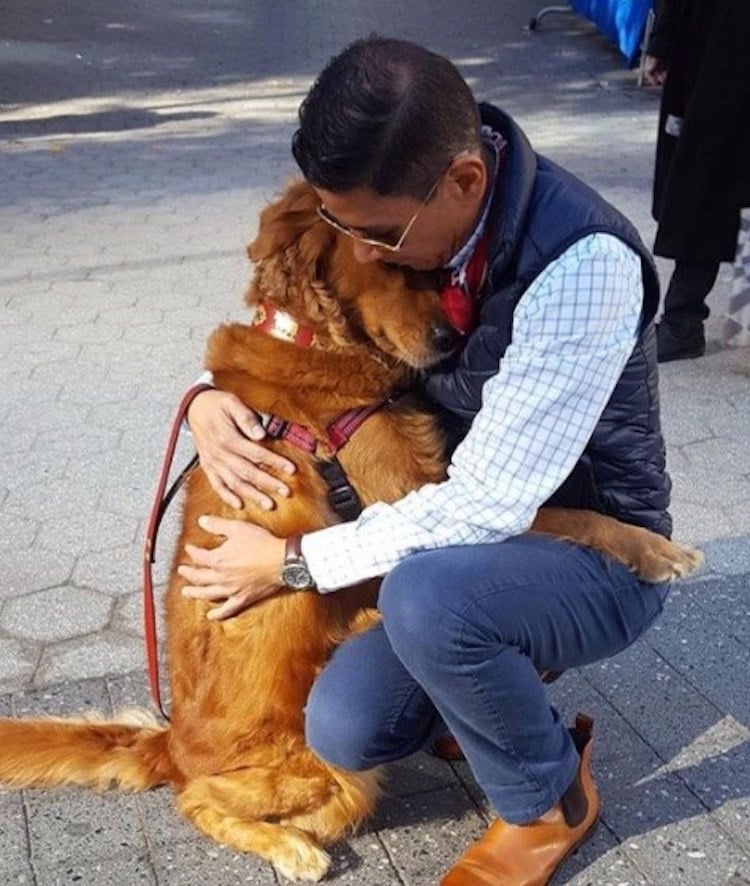 All images via Cesar Fernandez-Chavez.