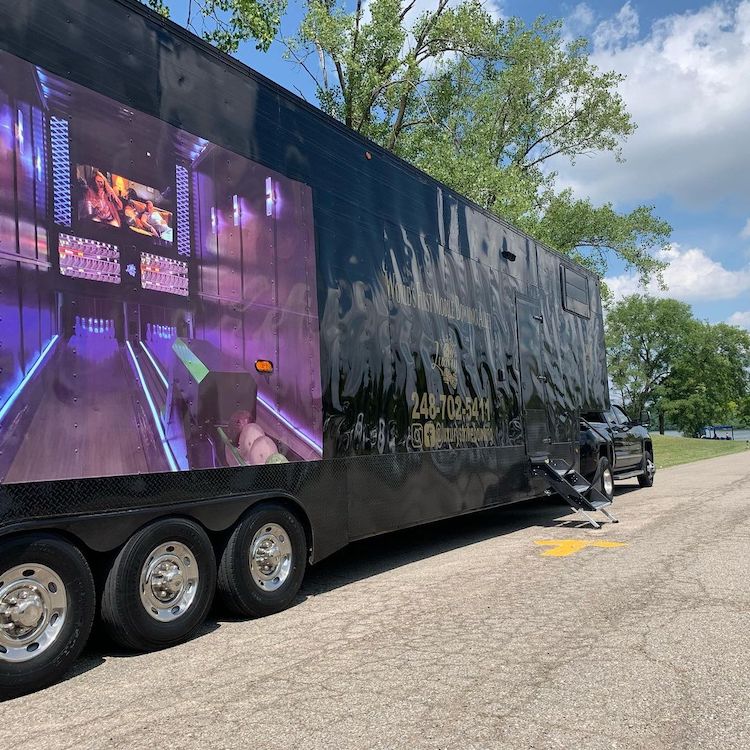 You may have been bowling before, but it’s never been like this. Serving the area of Southfield, Michigan is Luxury Strike Bowling, the world’s first mobile bowling alley and lounge built into a 53-foot semi-truck trailer. The private bowling alley on wheels is equipped with two lanes as well as a sky loft that can hold up to 15 people at a time.

The interior of the semi-truck feels like anything but one. With colorful LED lighting, an 80-inch theater screen, and elevated seating, it has the look and feel of a brick-and-mortar bowling alley. The most notable difference, however, is the considerations that were made due to the limited space of the trailer. The type of bowling played here is akin to duckpin bowling; the lane is shorter and the ball weighs about three pounds. But if you’ve ever played duckpin-style bowling, you know that it’s just as fun—perhaps even more—as its larger counterpart.

Terence Jackson Jr. is the person behind the innovative operation. “Luxury Strike was created to push the envelope,” he tells My Modern Met, “and revolutionize mobile business and entertainment forever!” Jackson spent years making his vision a reality, which was slowed due to the pandemic. Eventually, the mobile bowling alley launched on Juneteenth: June 19, 2020.

If you’re local to the Southfield area, learn more about booking Luxury Strike. 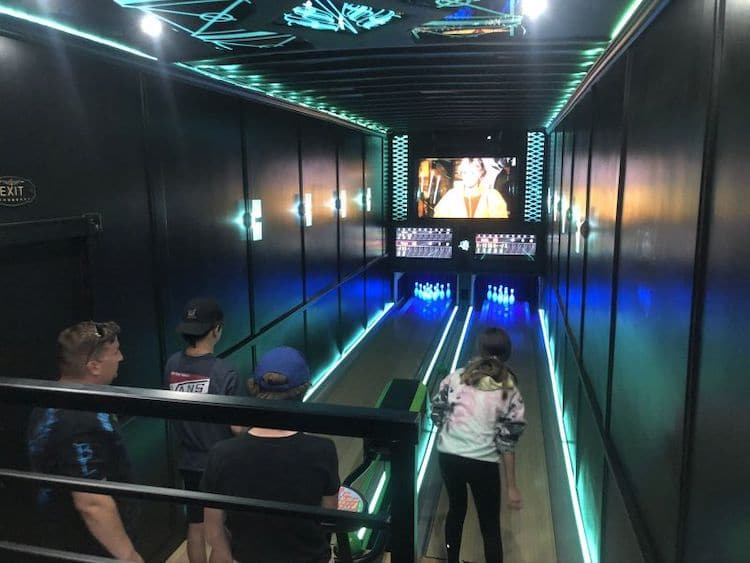 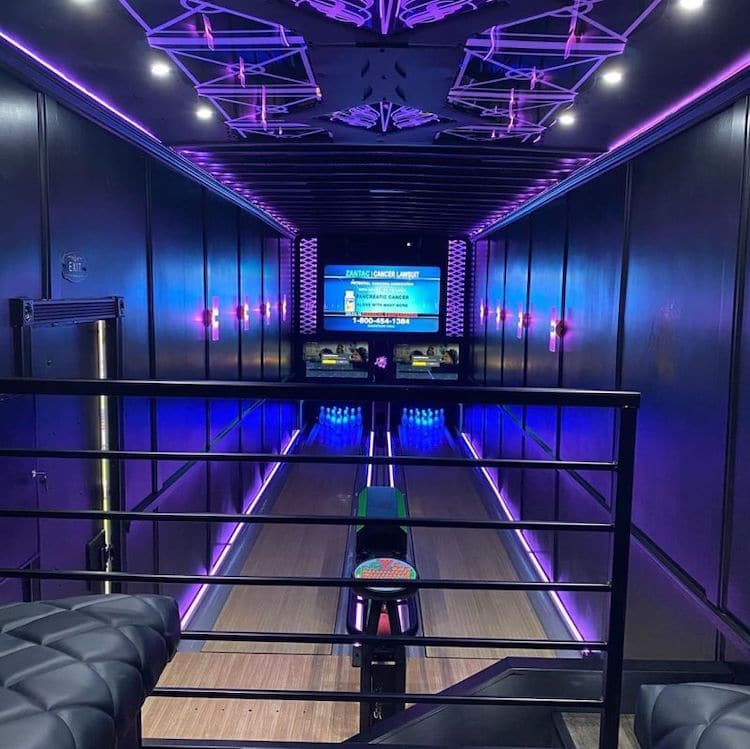 The interior features two lanes and an elevated lounge… 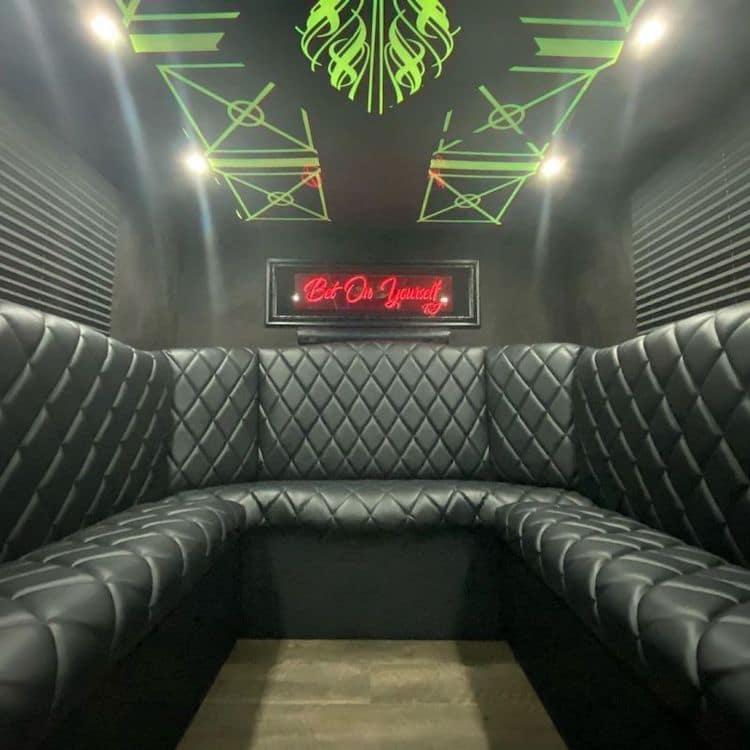 …as well as an 80-inch theater screen. 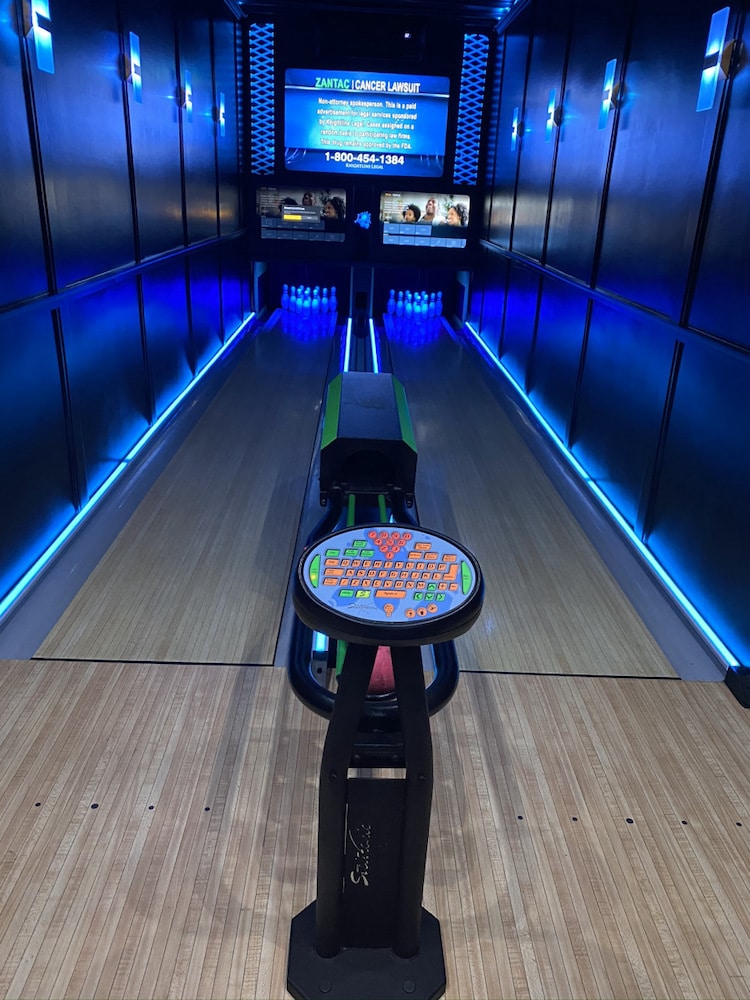 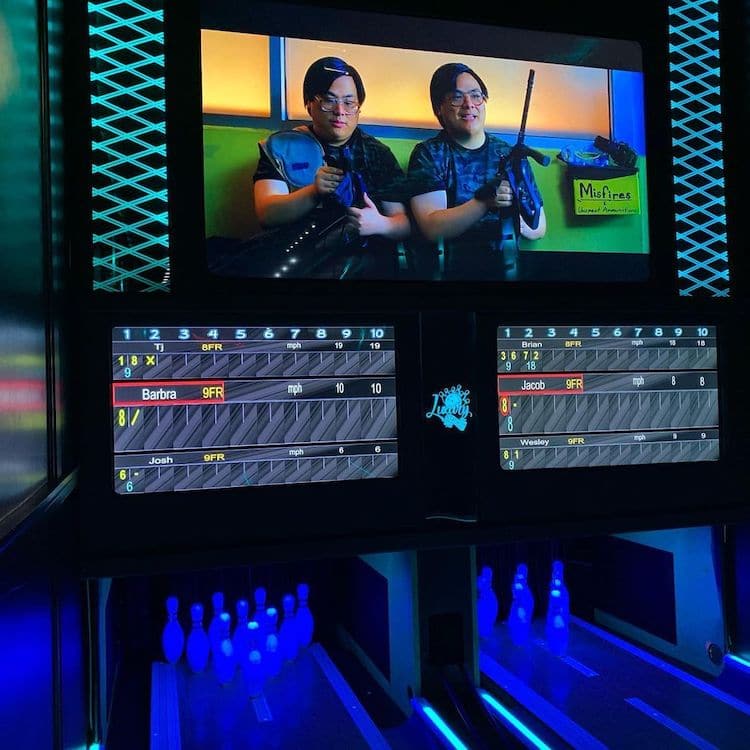 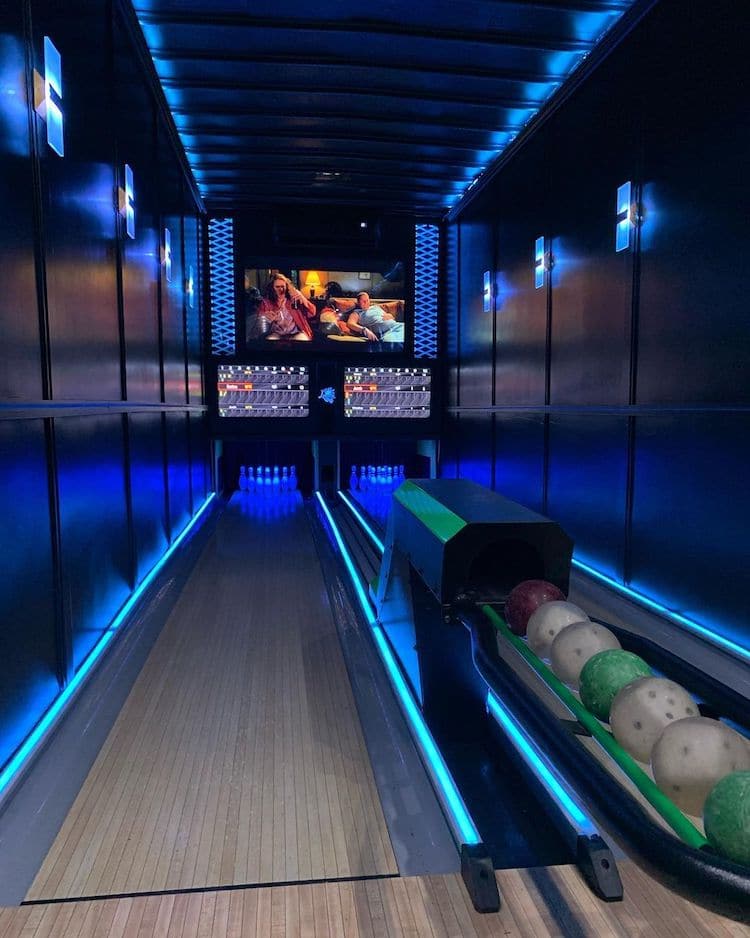 Get a feel for this private bowling alley in the video below: