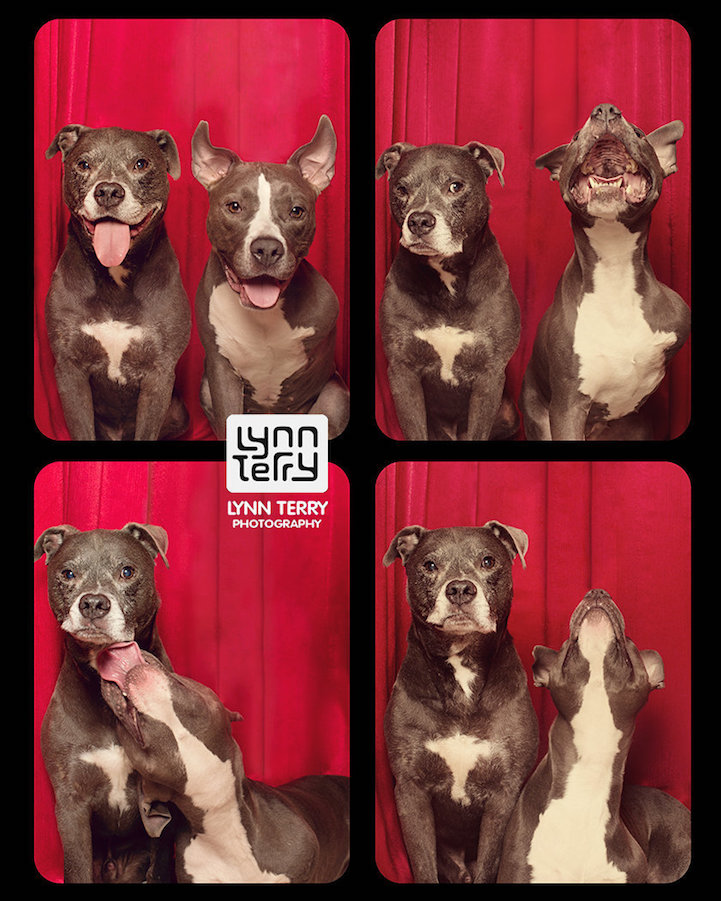 Photographer Lynn Terry designed a dog-friendly photo booth that's allowed her to show the world just how loving pit bulls can be. For a local animal rescue, the artist created a calendar featuring photogenic pits who were adorably posing within her unique construction. Since the resulting images were a big hit, Terry continued to kept the photo booth in mind as she began to work on other projects. Then, for a Valentine's Day shoot in 2014, the photographer reintroduced her artistic creation to her doggy clients. This project was especially important to Terry because her own furry friend had passed away and she wanted other pet owners to have everlasting images of their beloved canine companions.

For the second time, the artist set up the photo booth and her first subjects were two pit bulls named Bumper and Willis. Before they found a loving home, both pits were used as fighting dogs and, even though they'd been through this horrible experience, they still maintained their loving personalities. This sense of love radiated when they entered Terry's photo booth and started kissing each other. Right at that moment, the photographer knew that she had created something special and, before long, the entire world realized the same thing when Terry's work became an overnight sensation. “I truly believe that I owe my career to animal rescue,” Terry reveals. “Through my photography, I have had the opportunity to generate much-needed revenue for these organizations. In return, I have been able to produce a huge collection of beautiful imagery.”

Bumper and Willis' owner, Kelly Garrison adds, “I hope everyone can see the true character of pit bulls through their silly, fun-loving expressions.”

To see more of Terry's work, check out her book Tails from the Booth and her 2016 calendar Mutts N Stuff. 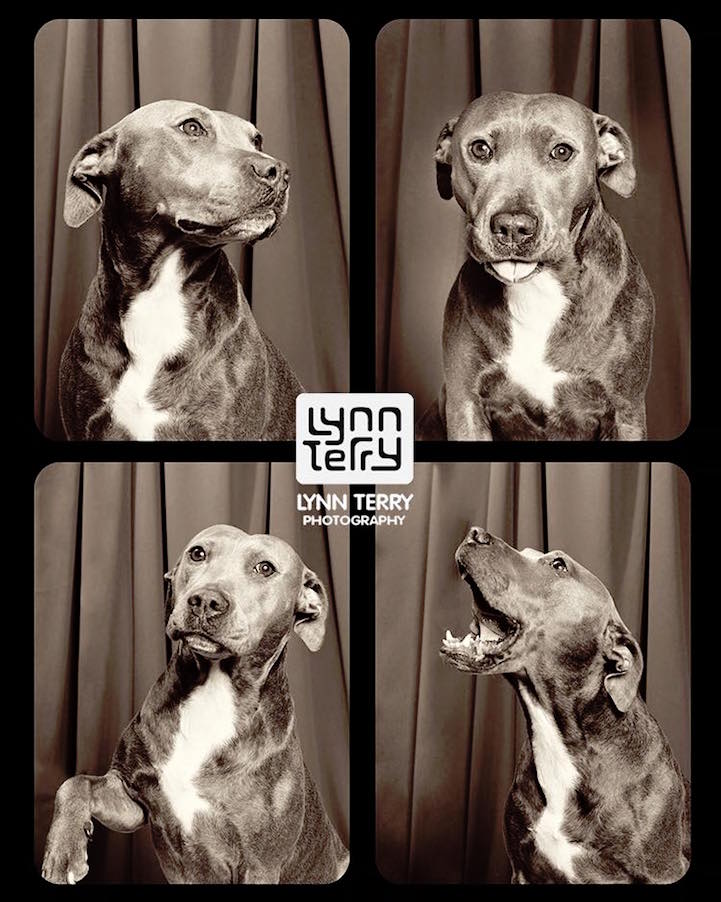 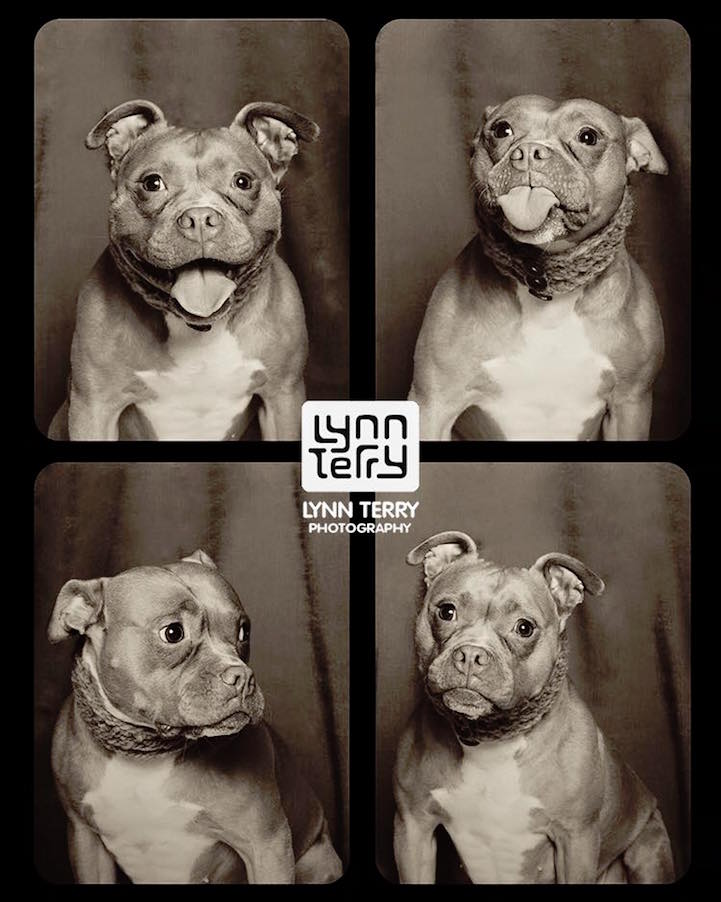 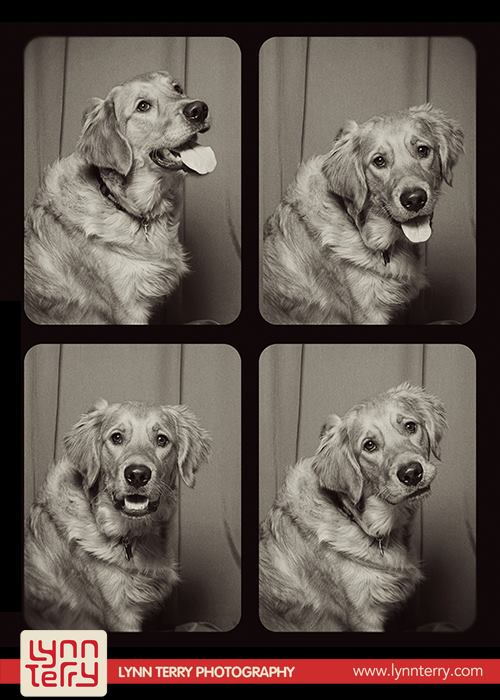 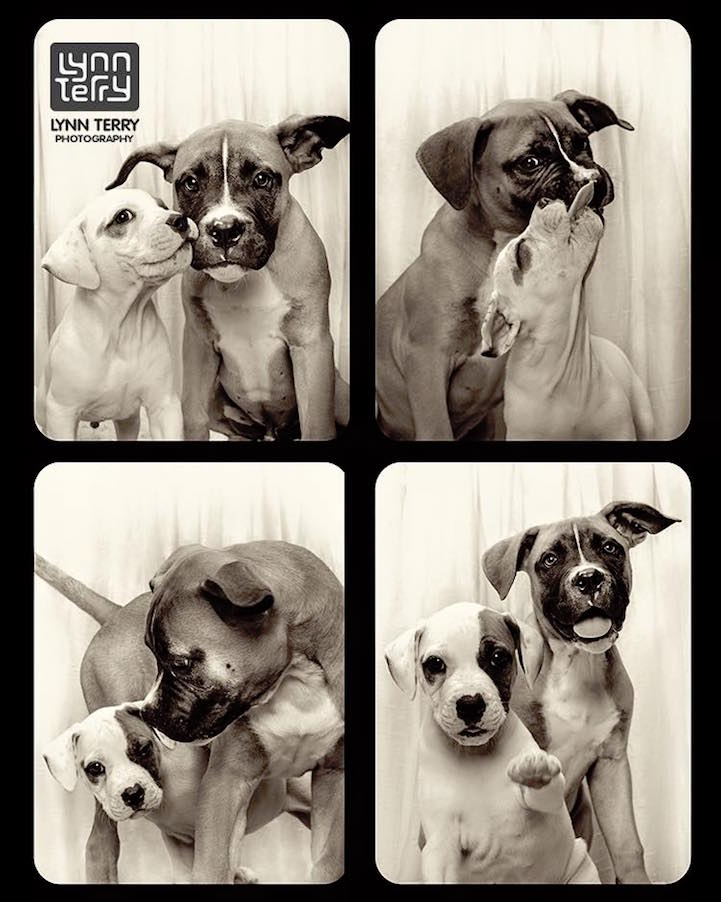 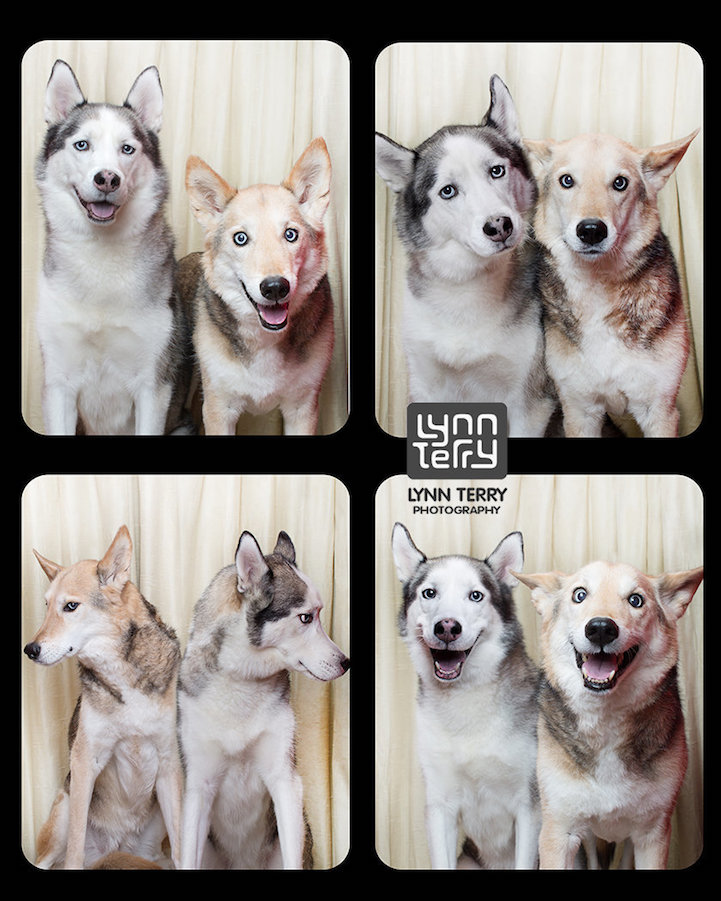 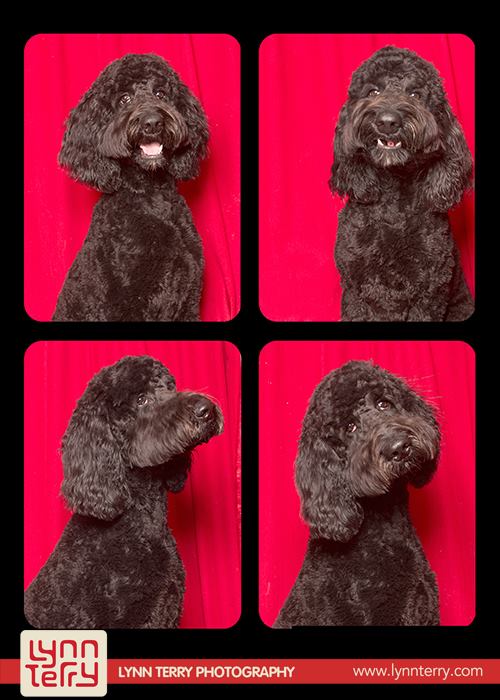 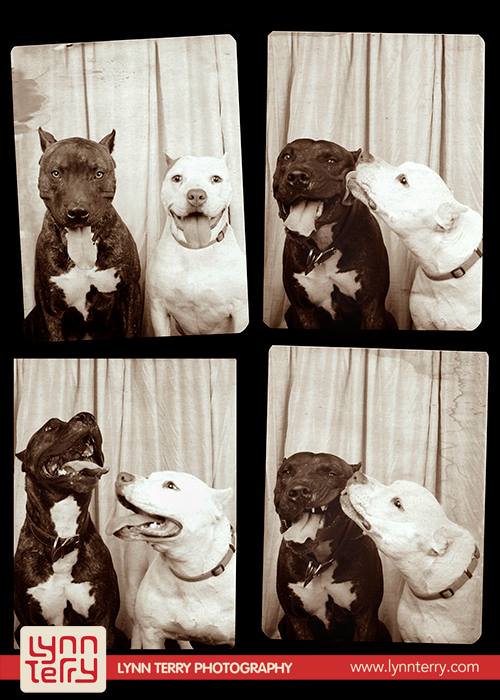