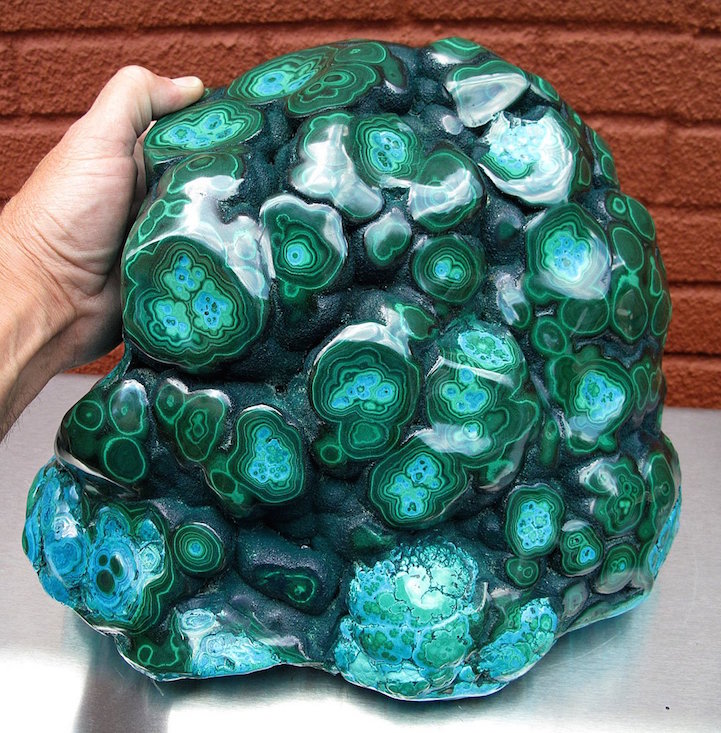 With an intense green color and beautifully banded masses, it's no wonder that malachite is one of the most popular minerals around. It's been carved into ornaments and worn as jewelry for thousands of years. The gorgeous mineral is found in deposits around the world, from the Ural Mountains in Russia, to mines in Congo, to areas like Arizona in the Southwestern United States.

Malachite, which is a copper carbonate hydroxide mineral with the formula Cu2CO3(OH)2, most often forms botryoidal, fibrous, or stalagmitic crystals. What's particularly interesting about this is that, when polished, densely banded specimens reveal vibrant, concentric rings that form hypnotic patterns in all shades of green, from teal to jade to pine. Gleaming under the light, the smooth surface of banded malachite looks more like layered drips of vividly colored paint than a naturally formed substance. 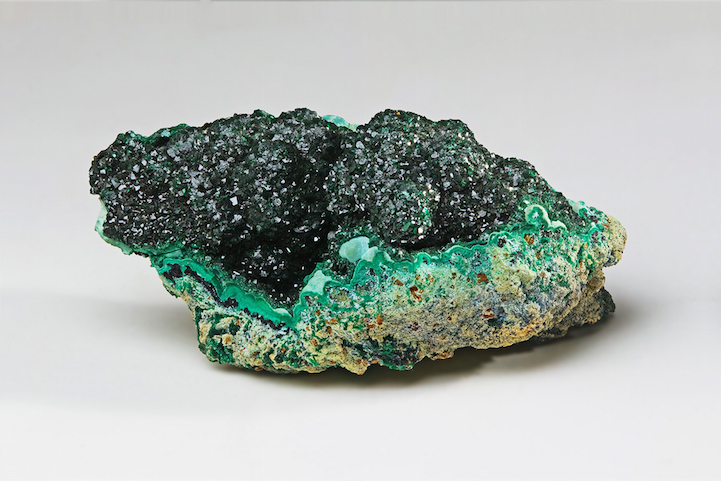 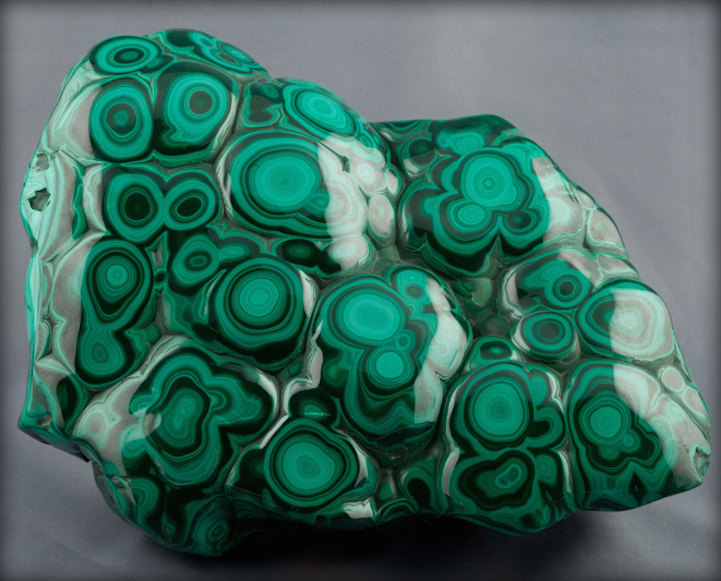 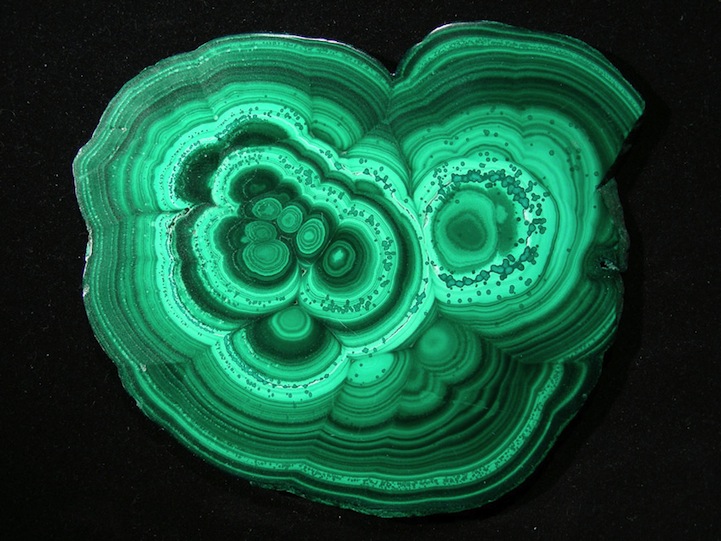 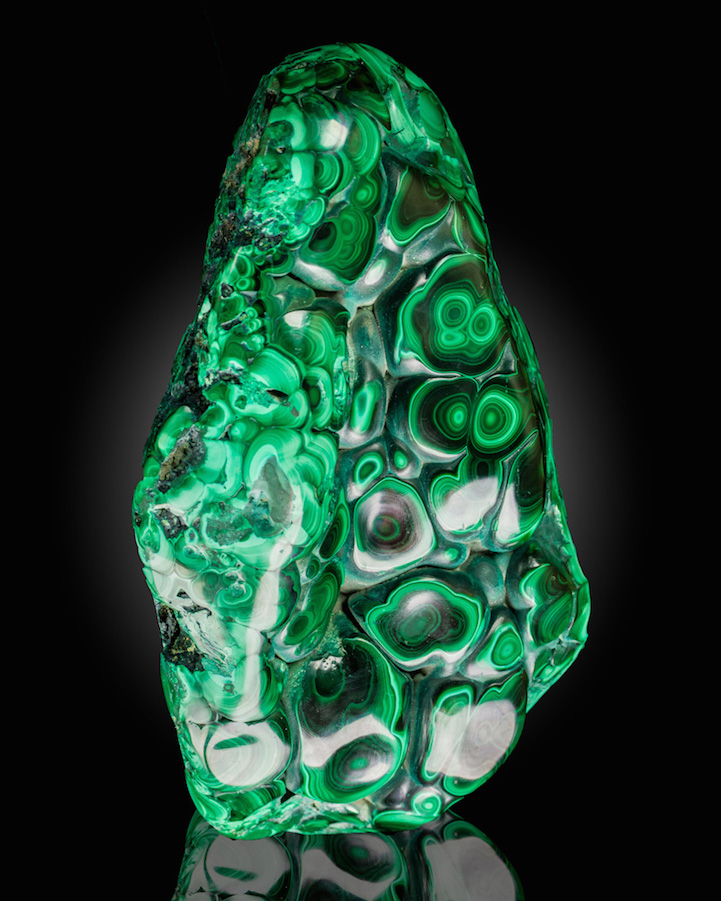 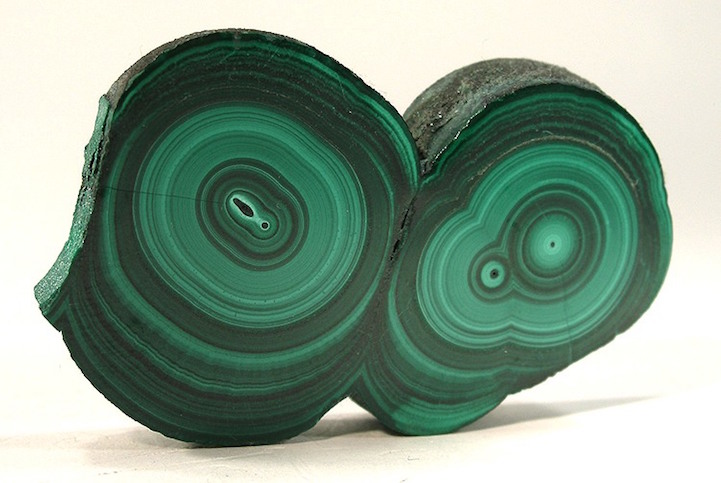 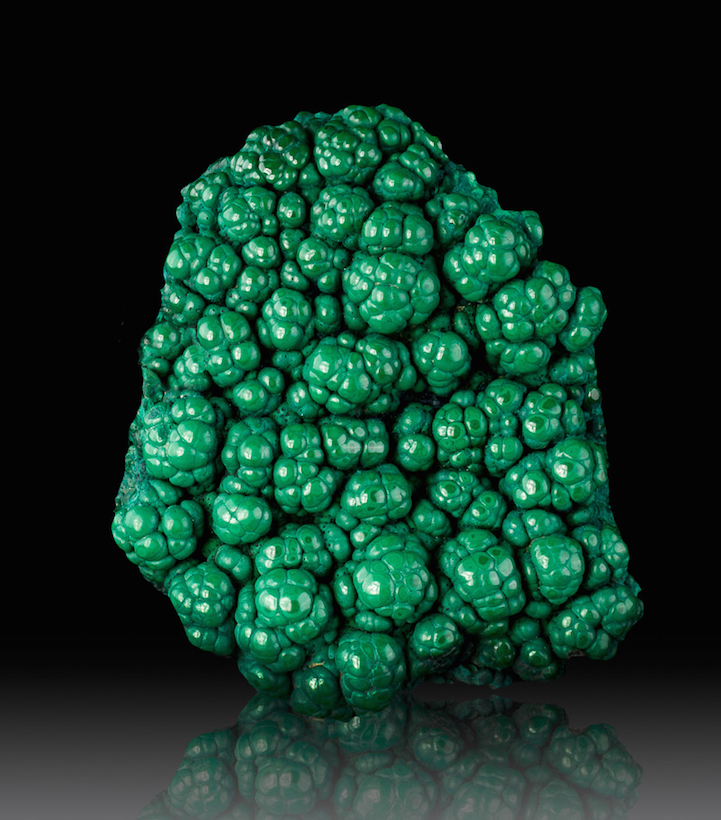 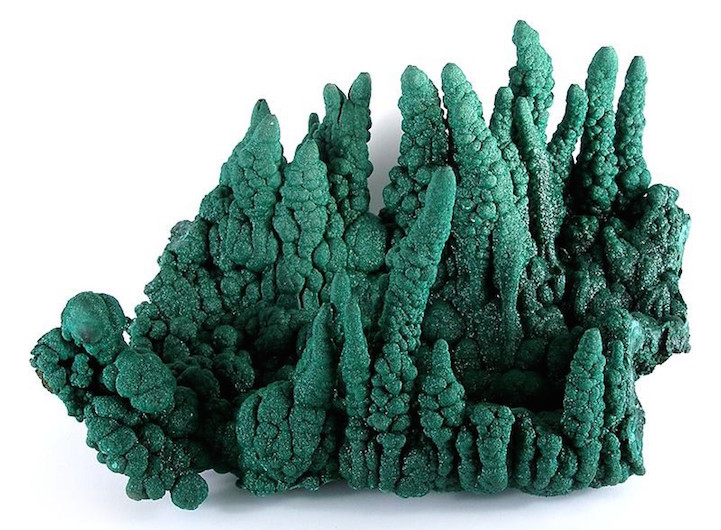 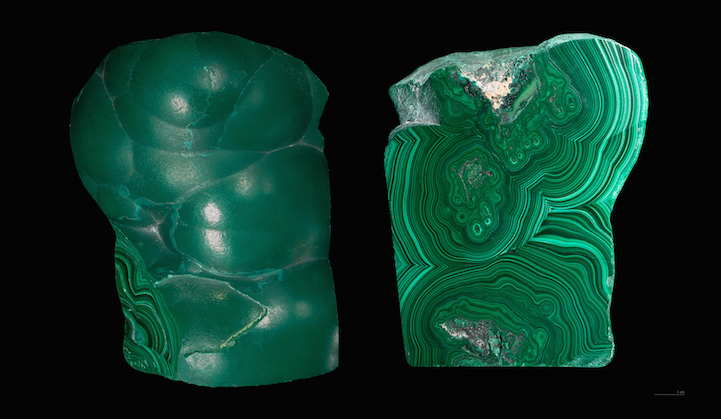 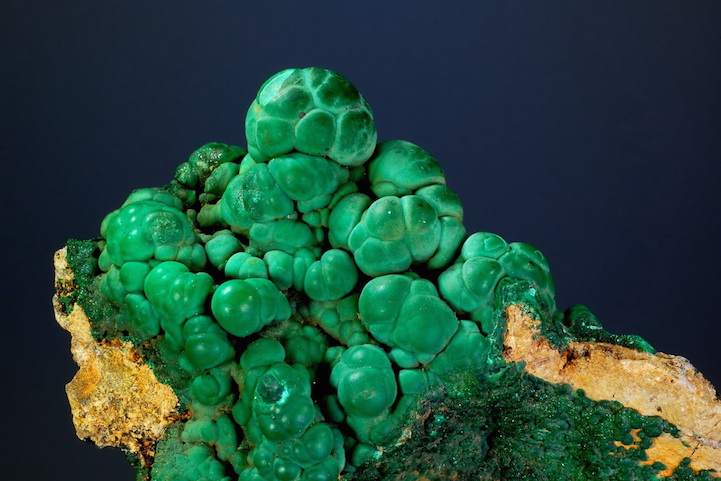 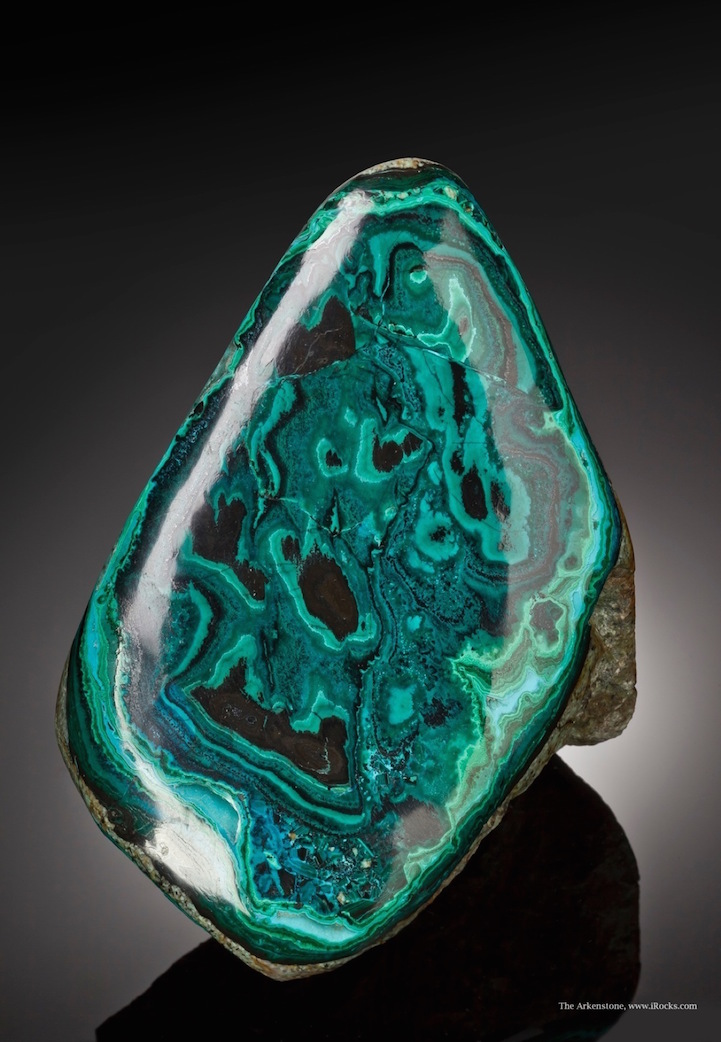 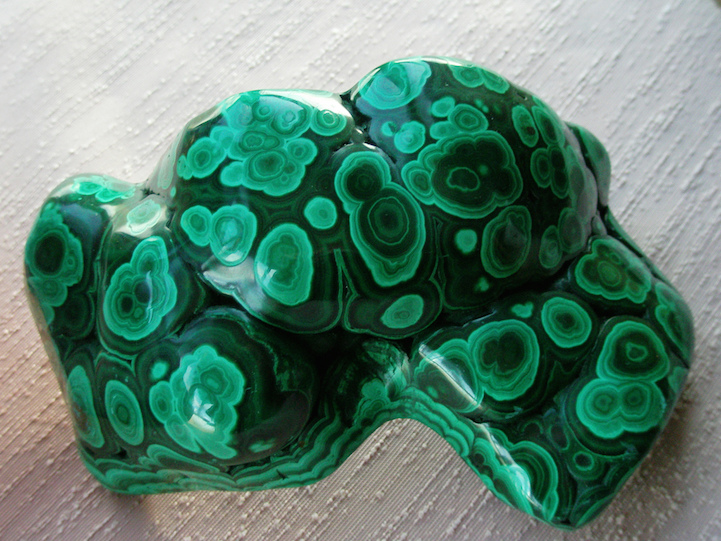