American painter Mark Rothko revolutionized abstract art by becoming one of the pioneers of color field painting. He expressed profound emotion through his signature compositions of hazy, colored squares on large canvases that occupy a viewer's entire field of vision, evoking what he referred to as “the sublime.” His vibrant, sunny paintings of the 1950s brought a sense of joy, while his final, darker works of the ‘60s signify his struggle with mental illness, specifically depression, that ultimately led to his suicide on February 25, 1970, at 66 years old.

Like many great artists, Rothko moved through multiple artistic styles before he arrived at his defining practice. Before his famous color field paintings, Rothko dabbled in figurative and surrealist works. Read on to discover some of Mark Rothko’s paintings that show how his artistic style progressed throughout his career.

One of Rothko’s early figurative works titled Entrance to Subway is part of a series inspired by New York City’s underground stations. It demonstrates the artist’s feelings towards contemporary urban life and is essentially a portrait of society’s alienation. The painting—with its murky, dull hues—evokes a somber mood. Rothko believed New York City was soulless and inhuman, an idea that he conveys through the barely rendered, faceless figures that seem to pass each other like ghosts.

During his Surrealism period, Rothko looked inwards for inspiration; for him, art was “an adventure into an unknown world.” His 1944 painting, Slow Swirl at the Edge of the Sea, depicts two creatures dancing between the sea and sky, surrounded by abstract spirals and stripes. Rothko painted this piece while he was courting Mary Beistel, who later became his second wife. Some interpret the scene as a whimsical visualization of romance. Rothko once said that the forms “have no direct association with any particular visible experience, but in them, one recognizes the principle and passion of organisms.”

Rothko’s No. 5/No. 24 painting marks a midway point between his early Surrealist compositions and the abstract blocks of color that defined the rest of his career. The hazy, feather-edged zones of hues signify that this painting is among Rothko’s series of “Multiform” works, a term adopted by art critics and historians. Painted between 1947 and 1949, the artist’s Multiform compositions all feature colorful free form shapes that blur together on the canvas.

Untitled (No. 73) is an example of Rothko’s mature style for which is he is most well-known. His iconic color field works feature stacks of vibrant rectangles that are intended to express “big emotions.” This particular piece—with its bright, warm hues—evokes positive energy and perhaps represents a time when the artist was at his happiest.

Four Darks in Red was among 10 paintings that Rothko exhibited at the Sidney Janis Gallery in 1969. The dark, restricted color palette signifies the artist’s gravitation towards the saturated red and black hues in his final works. Rothko rendered this piece by layering many coats of paint to create depth. Emerging from the luminous red background, four dark rectangular areas dominate the composition. When this almost 10-foot wide canvas is seen up-close, the viewer is engulfed in the intense atmosphere.

Rothko’s final series of black and gray paintings were rendered directly on white canvas, which was an abrupt change to his usual process of layering colors. Working in two pigments only, the extreme contrast between light and dark in Untitled, Black on Gray evokes the artist’s sadness that he felt towards the end of his life. This series of canvases were also smaller than his other color field works, perhaps also signifying Rothko’s mental and physical diminishment. When asked about the series. Rothko explained it was about death. He sadly died by suicide just one year later. 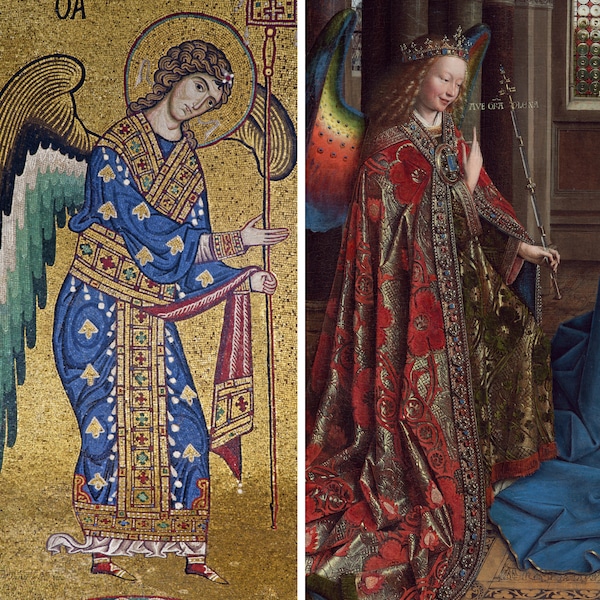