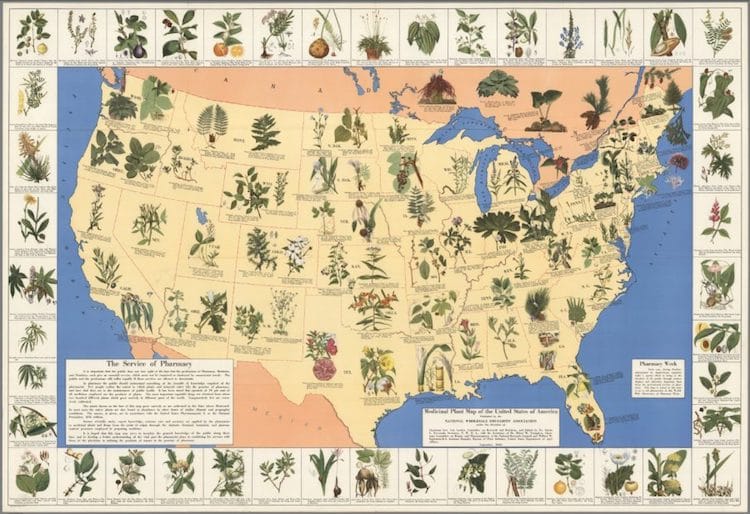 Renowned for the rarity of its cartographic treasures, the David Rumsey Map Collection is a one-of-a-kind organization. Over half of its 150,000 historic documents—including one of the world's largest maps—has been digitized, allowing the public to explore the charted world like like never before. One recent addition to this virtual library is the Medicinal Plant Map of the United States, a vintage guide to each state's pharmaceutical flora.

Designed by the National Wholesale Druggists’ Association in 1932, this unique map visually presents the varieties of medicinal plants native to the United States. Each plant is represented by a botanical illustration and accompanied by information about the drug it helps produce, giving viewers a quick yet comprehensive glimpse into modern medicine's history.

In addition to acting as a handy guide to the nation's herbs, the Medicinal Plant Map was also created in order to emphasize the expertise of pharmacists. In the 1930s, more and more companies were turning to over-the-counter pharmaceuticals compounded in labs. Pharmacists—who, by trade, were skilled in drug-making—felt increasingly threatened by these synthetic medications, prompting them to produce this poster and explain the “intense scientific study, expert knowledge, extreme care and accuracy [that is] applied by the pharmacist to medicinal plants and drugs.”

While their plan was not successful, this map immortalizes their efforts and offers us a glimpse into the pharmaceutical industry's humble roots.

The Medicinal Plant Map of the United States visually presents and describes the medicinal plants that are native to each state. The illustrated piece is part of the David Rumsey Map Collection. 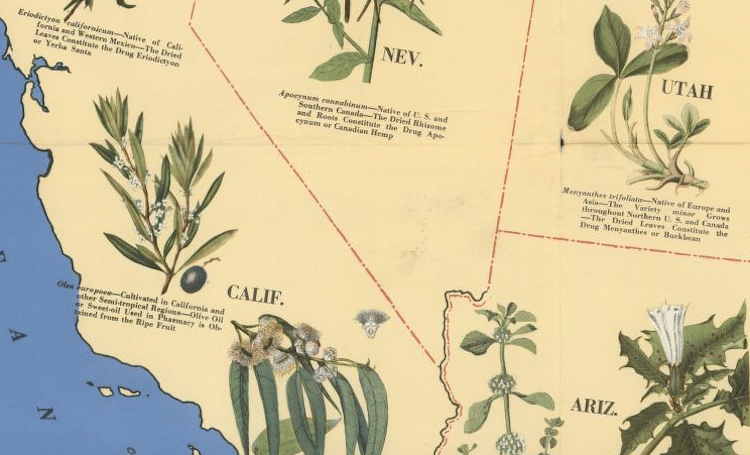 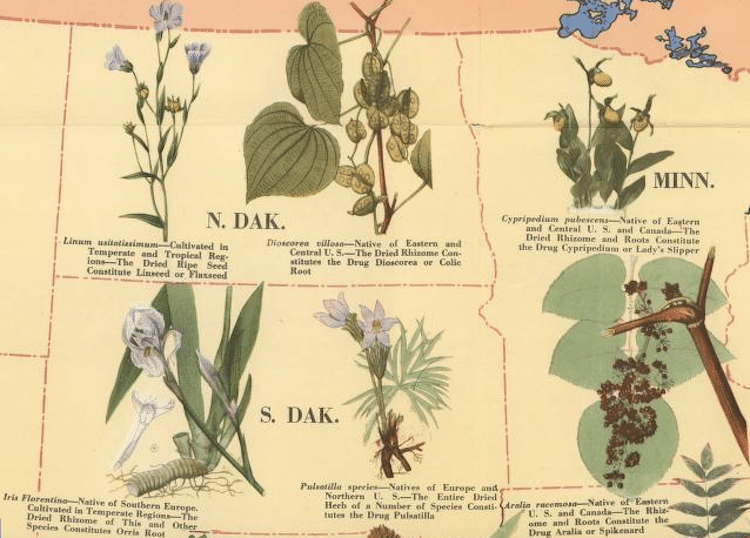 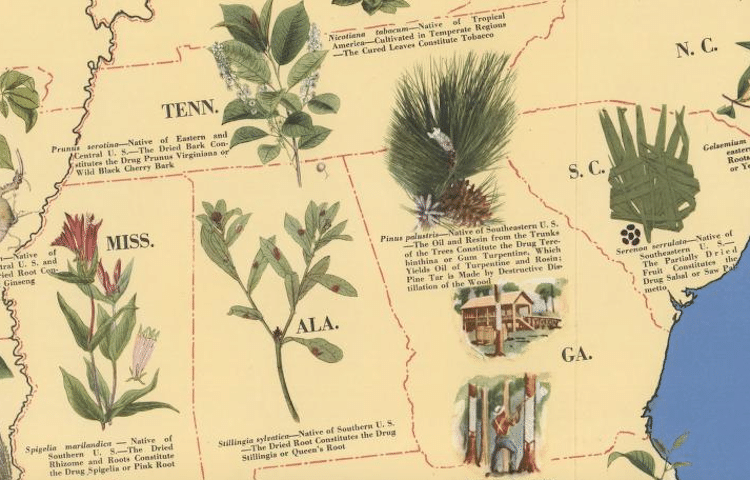