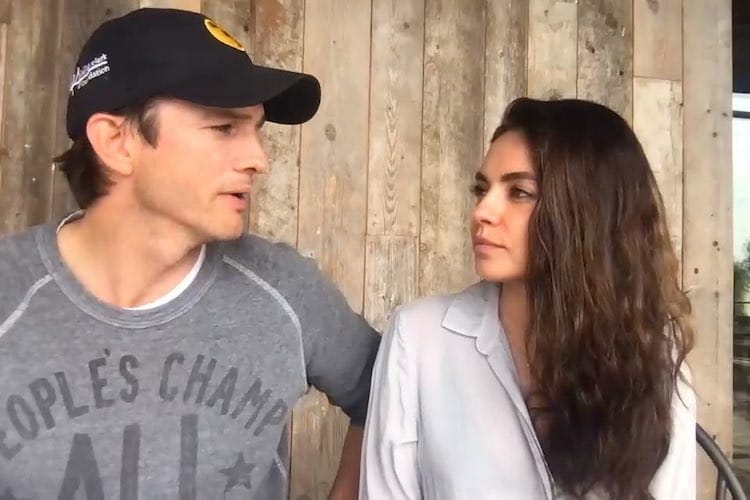 Mila Kunis and Ashton Kutcher have helped raise more that $20 million worth of donations for the victims of Ukraine who have been under attack from Russia since February 24. The influential celebrity couple launched a high profile fundraiser campaign for Kunis’ native country of Ukraine and pledged to match up to $3 million in donations to help supply humanitarian aid to Ukrainian refugees. With a goal of $30 million, their fundraising efforts are paying off.

Only three hours after their GoFundMe campaign went live, the page had raised more than $2.5 million—thanks to a generous offline donation from the Ron Conway Family. The “Stand With Ukraine” campaign has raised upwards of an incredible $20 million, including the $3 million match from the famous duo. “We’re super excited, and we want to say thank you to each and every single one of you. It’s been an incredible past 48 hours,” said Kunis on a video update posted to the GoFundMe page. Ashton Kutcher then added, “We’re going to make this happen. There are some problems in the world that take a village to solve, and there are other problems that take the rest of the world. This is one of those problems.”

The Bad Mom actress went on to share why this campaign is so personal to her. “I was born in Chernivtsi, Ukraine, in 1983. I came to America in 1991. I have always considered myself an American, a proud American, I love everything that this country has done for myself and my family. But today, I have never been more proud to be a Ukrainian,” she stated. “The events that have unfolded in Ukraine are devastating. There is no place in this world for this kind of unjust attack on humanity.”

Kutcher commented on how proud he was to be married to a Ukrainian: “While we witness the bravery of the people of the country that she was born in, we’re also witness to the needs of those who have chosen safety. We’re raising funds to support a relief effort that will have immediate impact and supply much needed refugee and humanitarian aid to the area.”

Kunis then took the opportunity to introduce Ryan Peterson, creator of Flexport, and Brian Chesku, CEO of Airbnb, to explain how that money would be distributed in order to best support the people of Ukraine. “Your donations are going to let us have a massive impact,” Peterson explained. “One of the biggest problems in humanitarian relief operations, like the one we’re running right now, is coordination of who’s on the ground ready to receive the goods, what is being shipped, when is it going to arrive. And we’ve partnered with the United Nations, UNICEF, Project Hope, Project Cure, and a bunch of other established aid organizations to streamline that and make sure that every single item is delivered directly to people in need.” Airbnb is also currently working with its hosts to provide housing for up to 100,000 refugees.

Mila Kunis and Ashton Kutcher have set up a GoFundMe to help people in need in Ukraine amidst the war.

Other celebrities have applauded their work and pledged to help.

Jenna Dewan wrote, “Amazing!” while Reese Witherspoon commented, “Donating now!” As of publication, there are over 60,000 donors to the cause and it has raised over $21 million.

Kutcher and Kunis are not the only public figures who have made their support for the people of Ukraine known, though. Gigi Hadid recently pledged her Fashion Month earnings to relief for the country and royals including the Sussexes and the Cambridges put out statements in support of Ukraine.

For more ways to help and support the people of Ukraine, here is a list of some organizations currently accepting donations and/or volunteers: