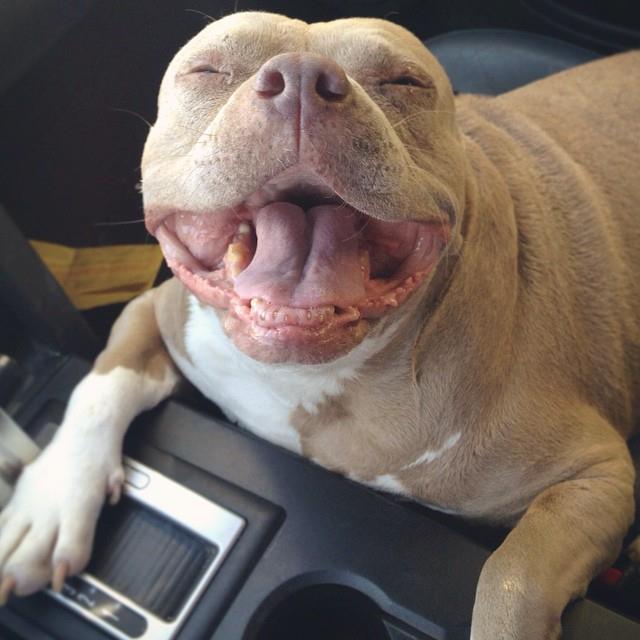 Nana the pit bull encountered many obstacles before she was adopted by owner Stephanie Doris. Prior to being dropped off at a Los Angeles-based animal shelter, it's estimated that she gave birth to around 15 litters of puppies. Nana also had all of her teeth removed and her ears were detrimentally cut off. This caused the canine's ear canals to fill with polyps and fungus, which had to be removed after her eventual adoption, leaving her completely deaf.

After overcoming her abusive history with heartless humans and ending up at an animal shelter, Nana's photo was discovered by Doris, who instantly fell in love. “To this day, I cannot explain what sparked me to impulsively apply to foster her,” Doris told The Huffington Post. “What I do know, though, is that it was one of the best decisions I have made.” After six months in Doris's care, Nana had finally found a forever home filled with love. “Even though I will never understand why or how they could treat a dog like that, especially a dog as sweet, as innocent and as gentle as Nana, I am thankful they surrendered her. Otherwise, she would not be with me now,” explains the pit bull's compassionate owner. “She has forgiven humans and, in a sense, I have forgiven, too.”

Nana is now living a life of luxury. She spends her days surrounded by love, toys, and plenty of treats. Most importantly, Nana and Doris have become advocates for other pit bulls. To show just how adorable and affectionate this breed can be, they've created an Instagram and Facebook page displaying Nana in all her lovable glory. 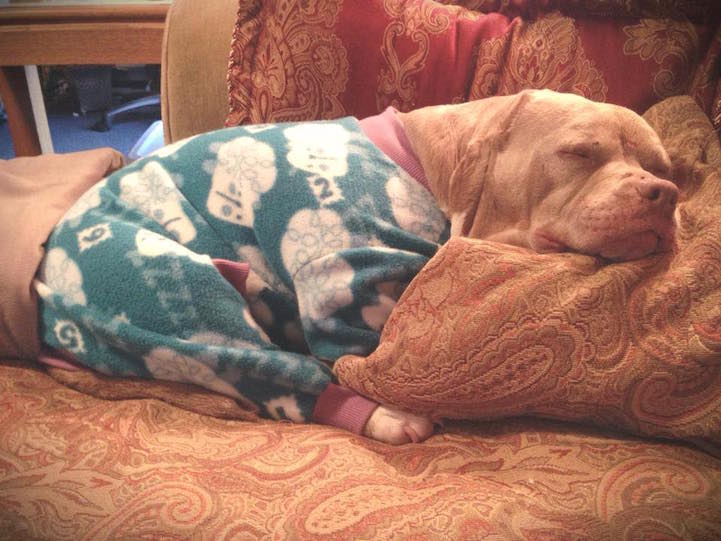 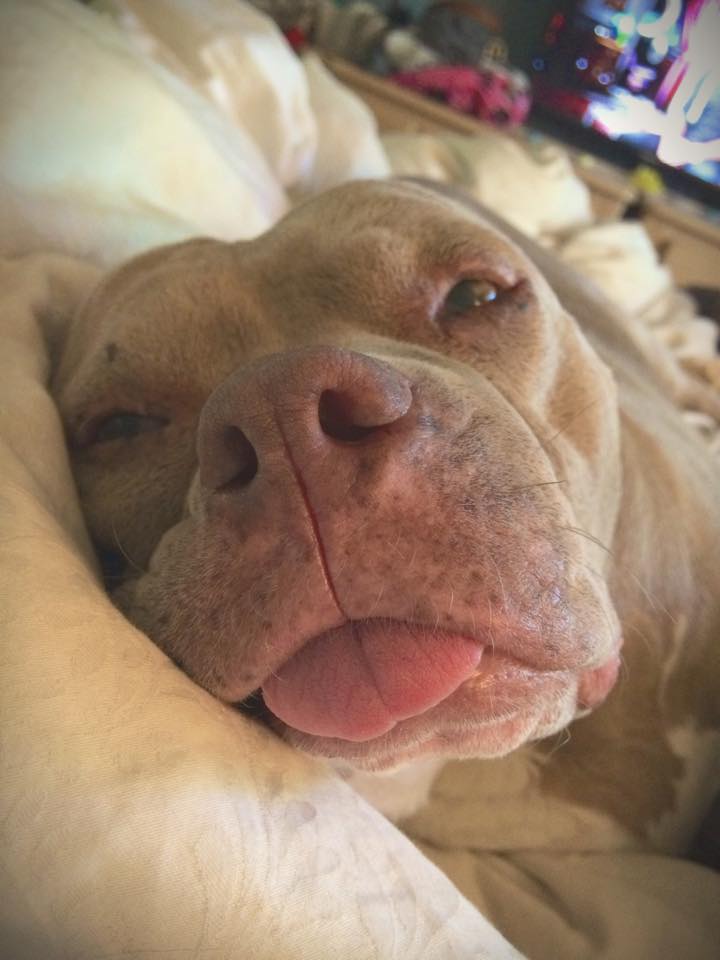 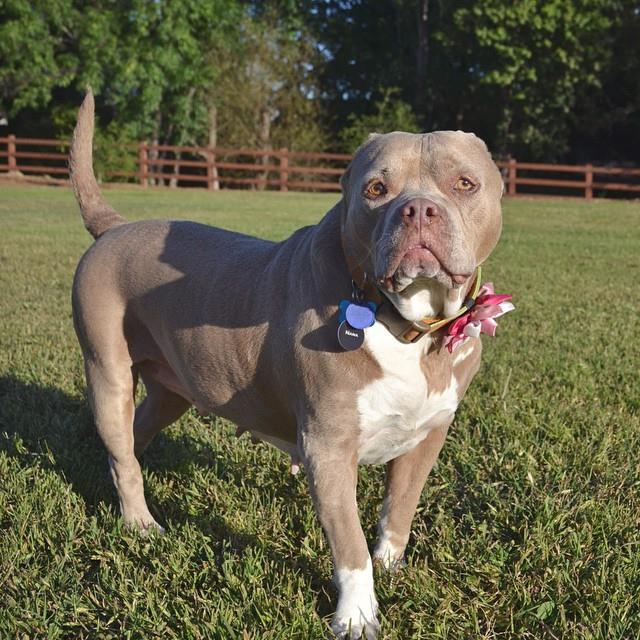 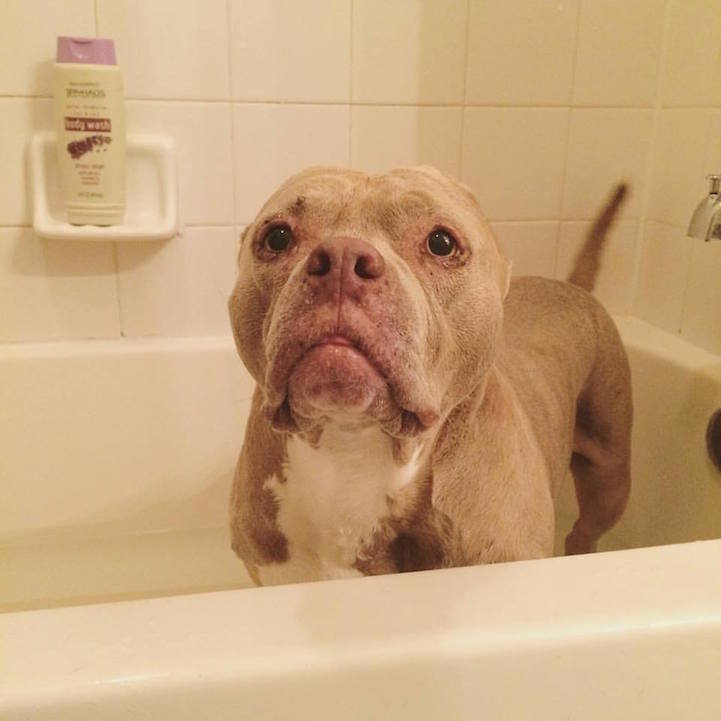 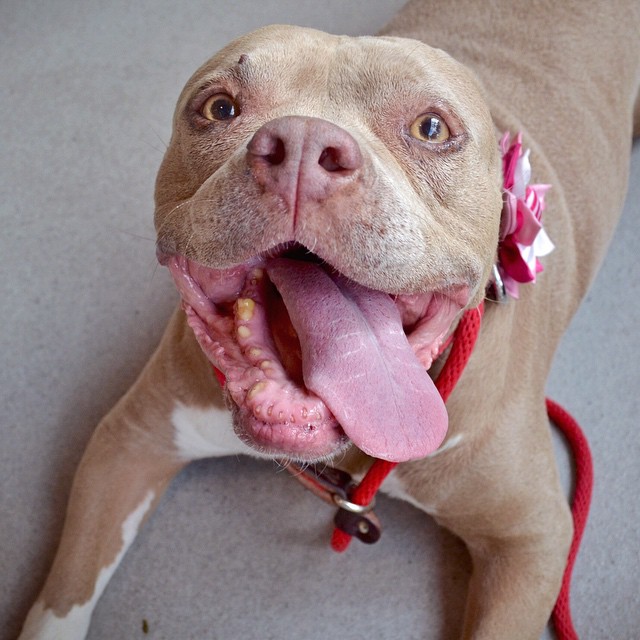 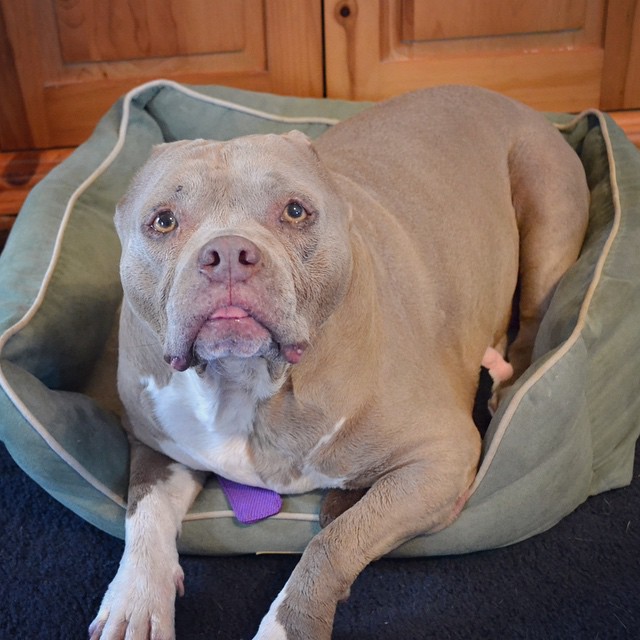 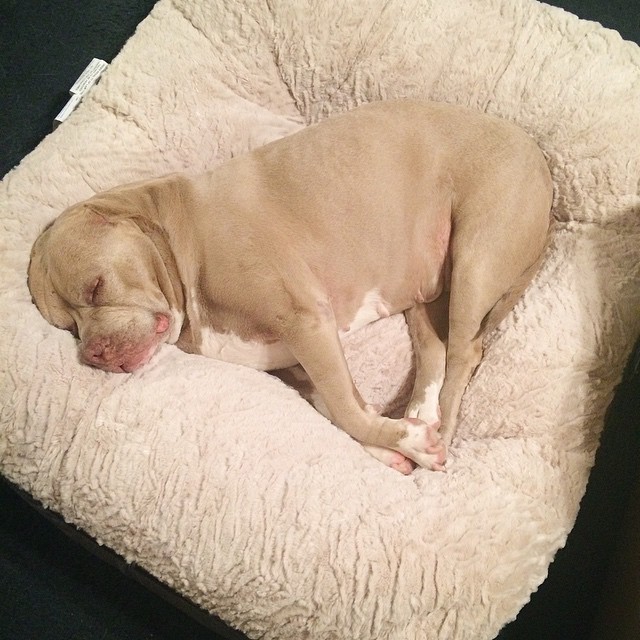 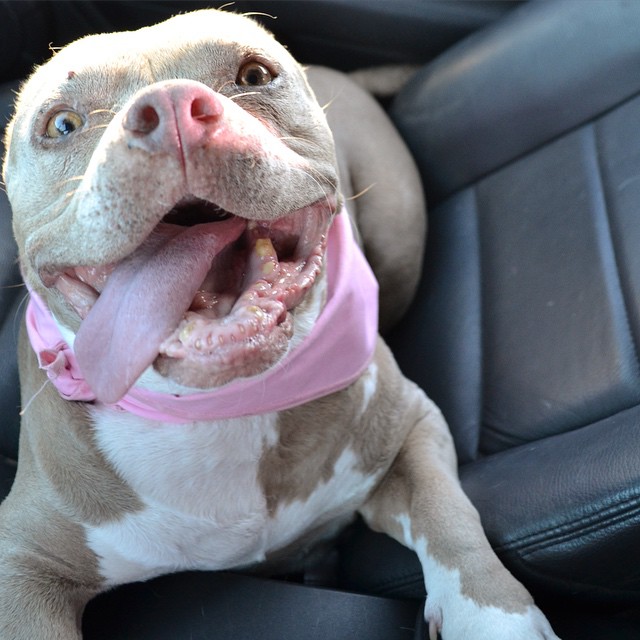 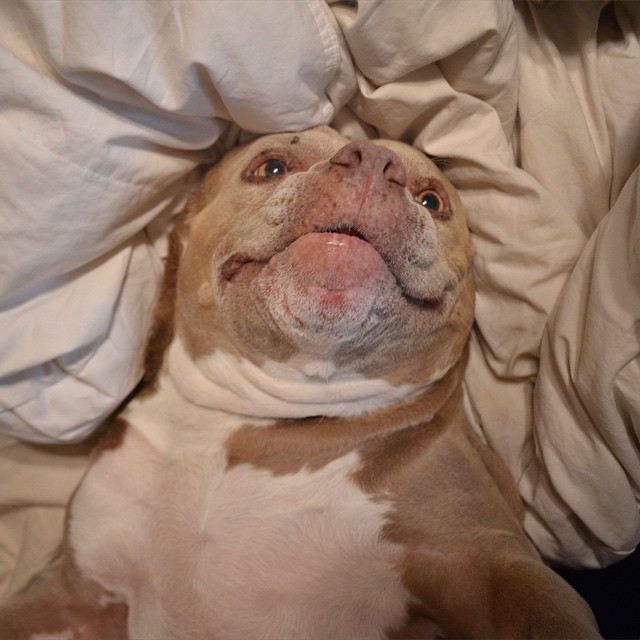 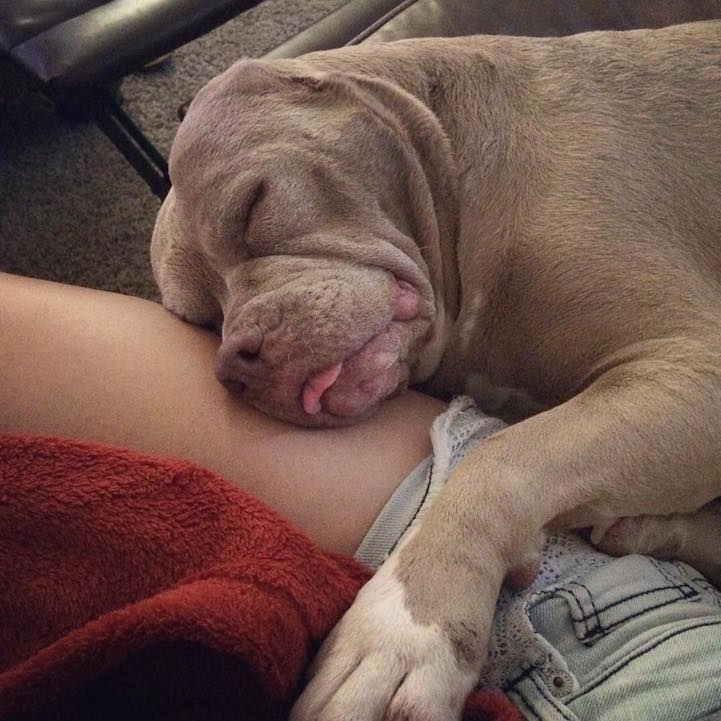 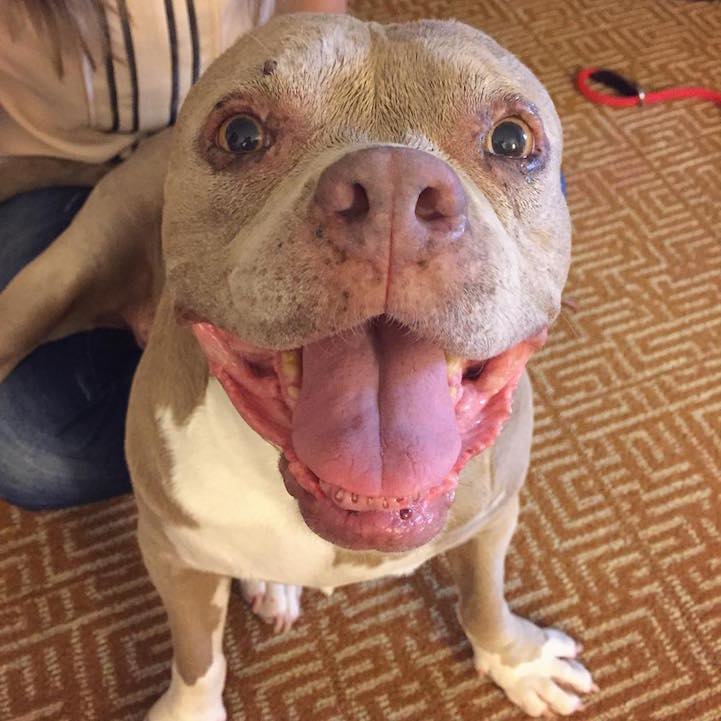