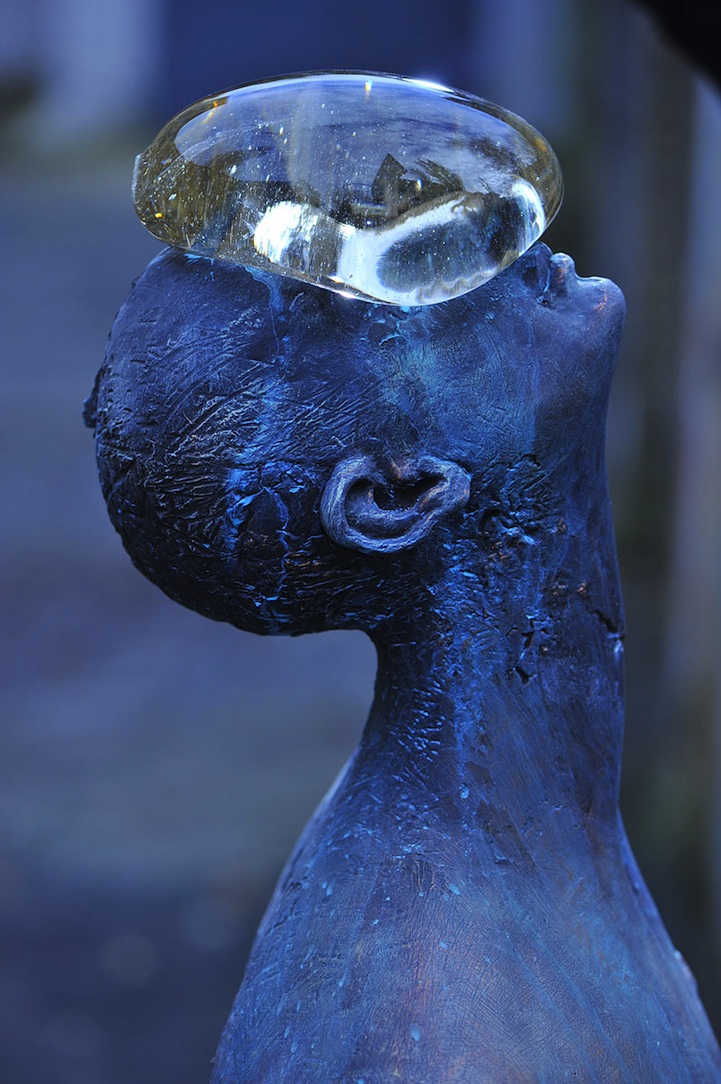 Ukrainian artist Nazar Bilyk created this stunning 6-foot tall sculpture called “Rain” using bronze and glass. A huge raindrop stands suspended on the figure's face as he looks up toward the sky. The work has several meanings including representing man's delicate relationship with nature.

As Bilyk explains to us, “The name of the work is ‘Rain,' which seems clear and obvious at first glance. However, it is quite broad and has several meanings. Chiefly, it is dedicated to the inner dialogue of a man with himself; it expresses interrogation of a man in search of senses, unanswered lifetime questions. That's why the man is holding his head up.

“The raindrop is a symbol of the dialogue which connects a man with a whole diversity of life forms. The figure has a loose and porous structure and relates to dry land, which absorbs water. In this work I play with scale, making a raindrop large enough to compare a man with an insect, considering that man is a part of nature. Moreover, this work concerns the question of interaction and difficulties in coexistence of man with environment.

“Almost each sculpture is autobiographical. Senses and questions which fascinate me became fundamental in the creation of ‘Rain.' In almost all cases, the sculpture provokes the viewer to look up in anticipation of the same raindrop.”

One of the ten sculptures of “Rain” is on view right now at the Peysazhna Alley (Landscape Alley) at the Kiev Fashion Park. Opened in May 2011, the sculpture park includes 17 artworks created exclusively by modern Ukrainian artists. The attraction has been referred to as one of the most popular walking routes of both the citizens and tourists of Kiev. 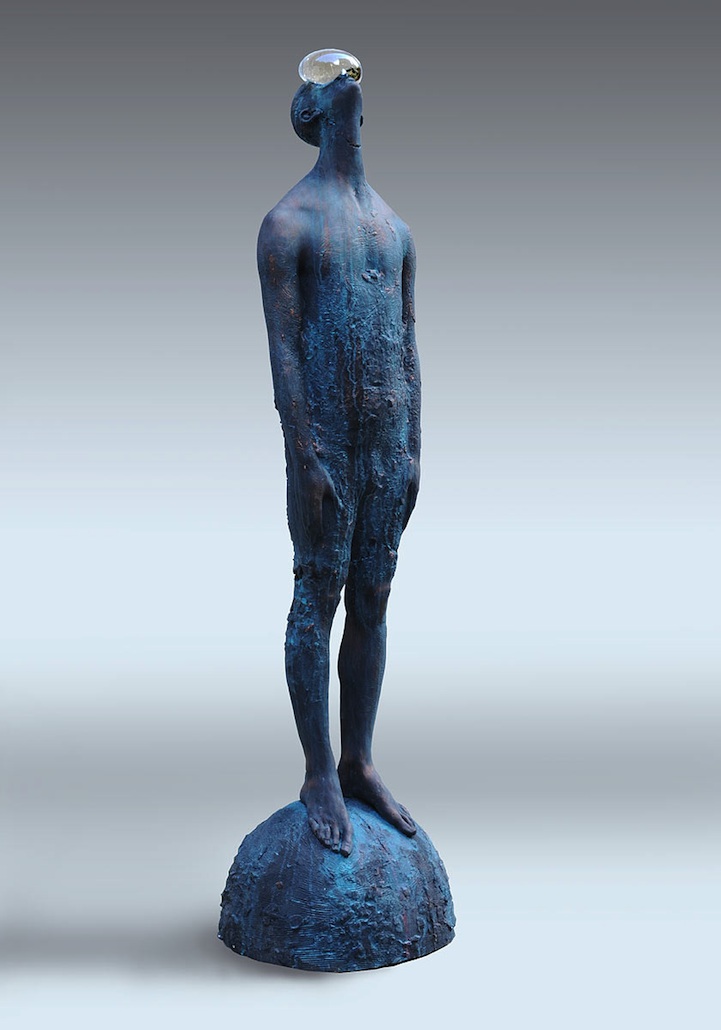 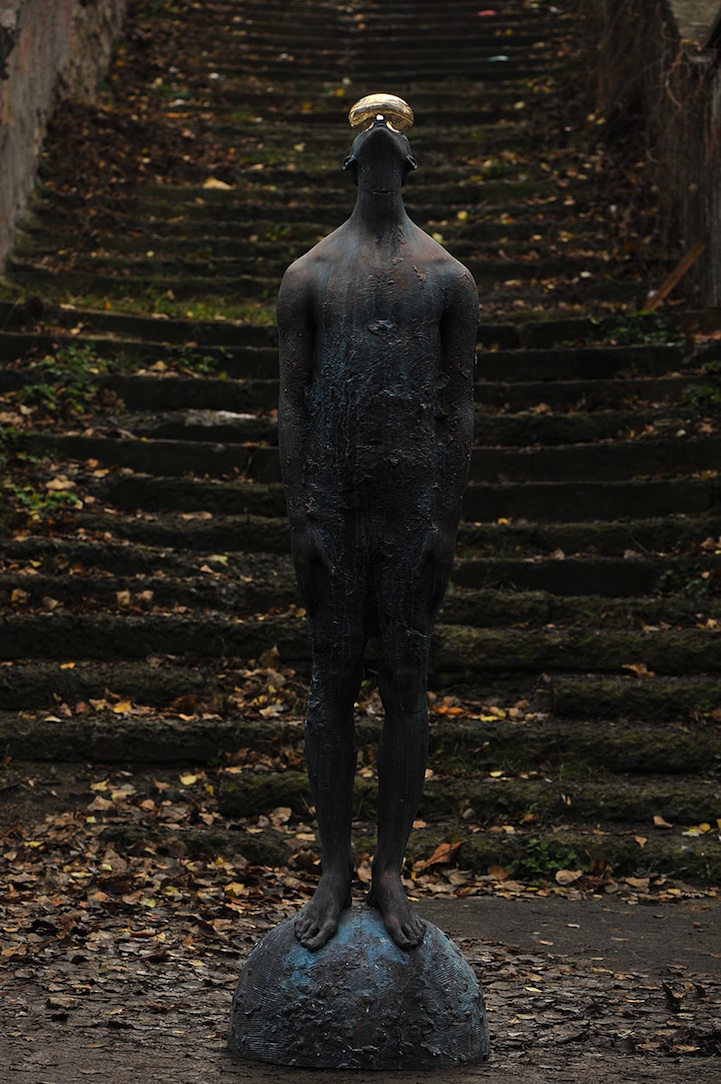 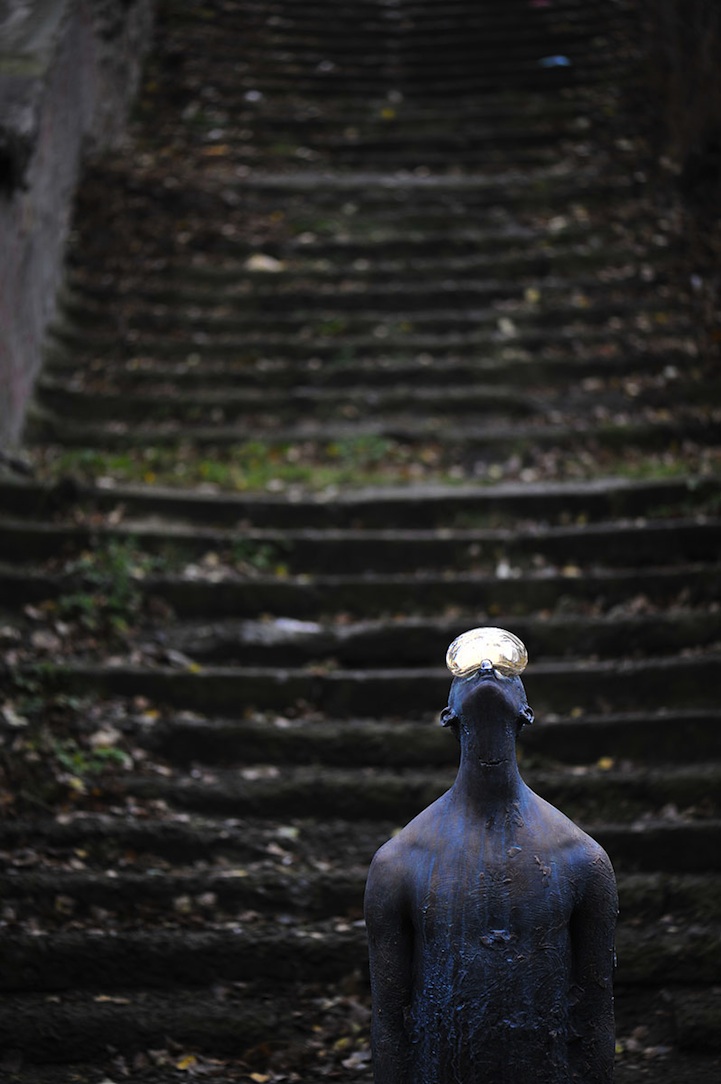 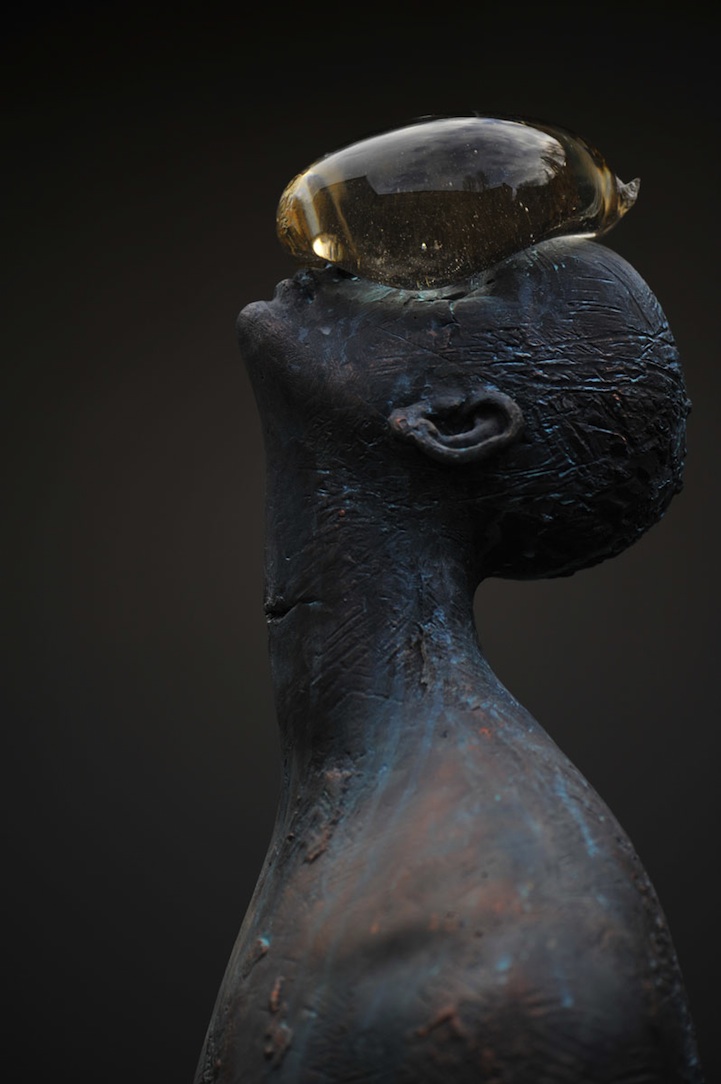 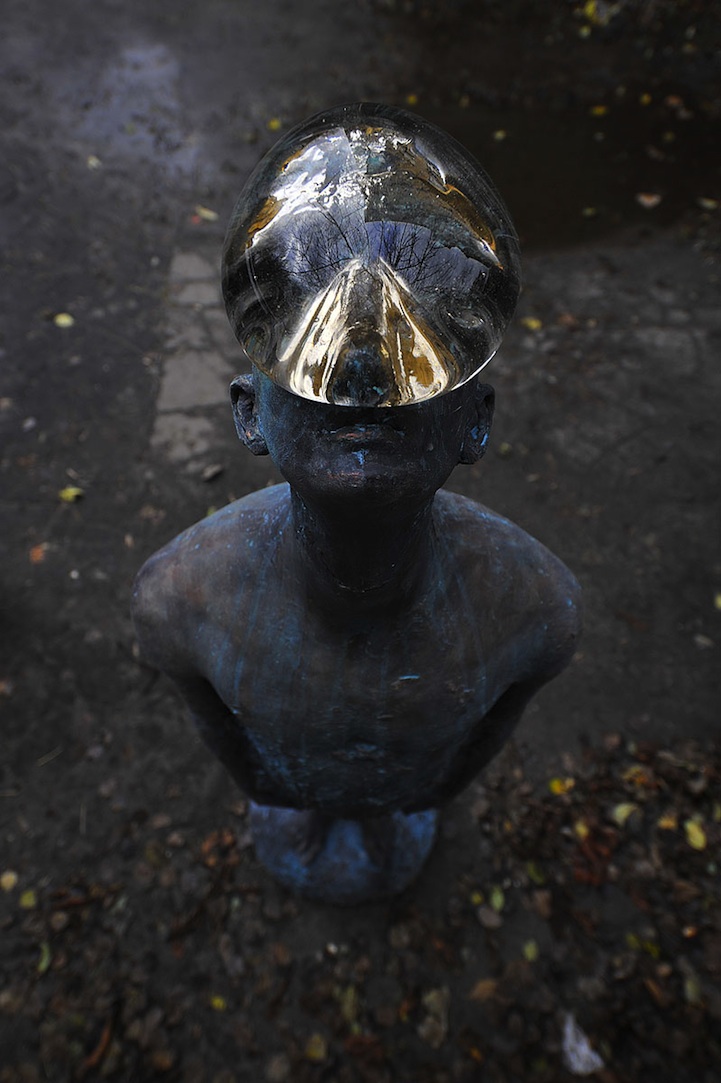