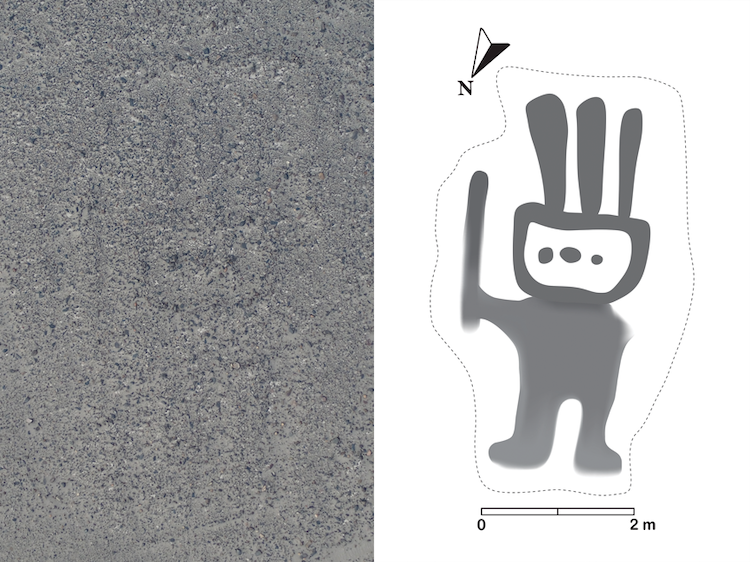 Ancient civilizations had all types of communication methods. From cave paintings to crop circles, these primitive visual demonstrations are vital to understanding life in a time before the written word. In Peru, enormous geoglyphs found at Nazca helpde unravel the mystery of life between 500 BCE and 500 CE. The Nazca Lines have been greatly studied since they were discovered in the 16th century. And now, 143 new geoglyphs have been revealed thanks to a combination of fieldwork and 3D technology.

So just what are geoglyphs? These large designs typically measure at least 13 feet long and can be either positive or negative. Positive geoglyphs are created by stacking stones, live trees, earth, or gravel, while negative geoglyphs are made by removing a top layer of soil. The Nazca Lines fall into this latter category, with mammoth drawings incised into the earth. First mentioned by Spanish conquistador Pedro Cieza de León, who mistook them for trail markers in his 1553 book, they were rediscovered by a Peruvian archeologist in the late 1920s. Since that time, archeologists and historians have been trying to unravel the mystery of why they were made.

Typically formed from small trenches anywhere from four to six inches deep, they often depict animals like birds, spiders, and monkeys. Due to the desert environment, the drawings have been well preserved and, in 2018, researchers from Yamagata University and IBM Japan discovered these previously unseen geoglyphs. One of these includes the first-ever geoglyph to be discovered using AI.

Their findings include a bird, a two-headed snake, a fish, and a humanoid with two faces. As far as the AI geoglyph goes, it shows what's being called a “humanoid standing on two feet.” Located close to a path, researchers have hypothesized that the 16-foot-wide figure was used as a sort of waypost.

These exciting breakthroughs are just the start of more work that can now be done using the new technology. “This technology and these efforts are expected to promote understanding of all the Nasca Lines as a whole, and accelerate research and awareness towards activities to protect this World Heritage Site,” write the researchers.

Researchers have discovered 143 new geoglyphs at Nazca Lines in Peru. 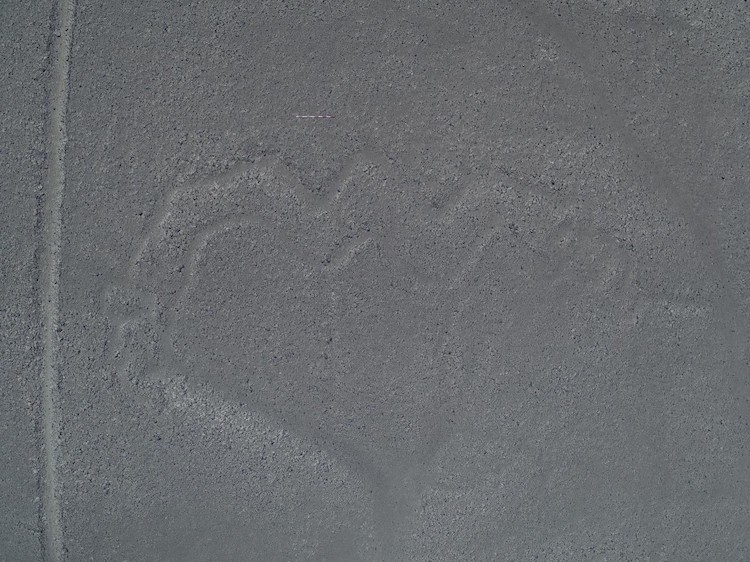 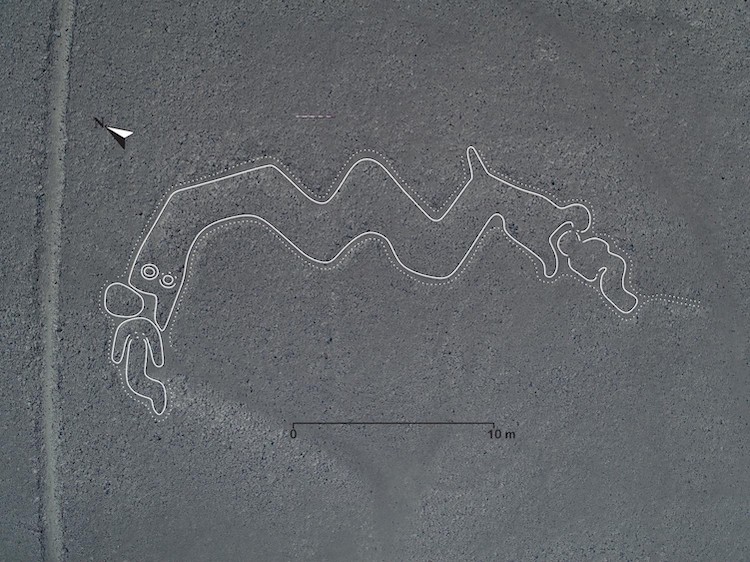 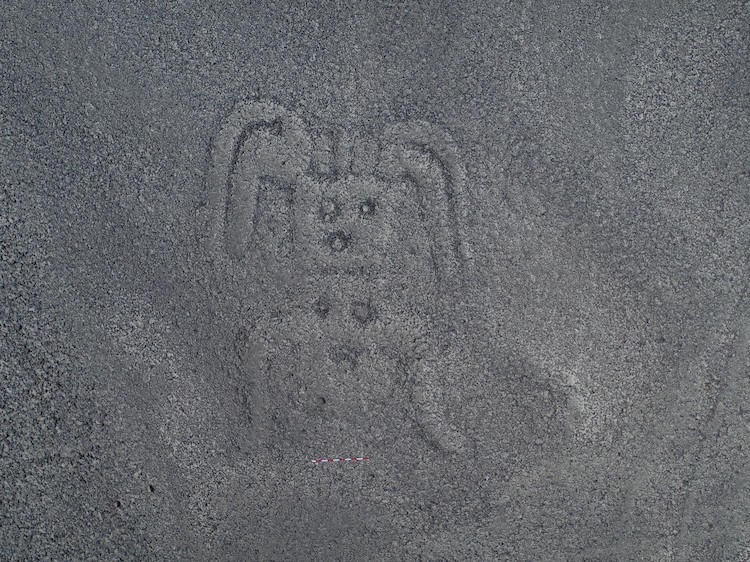 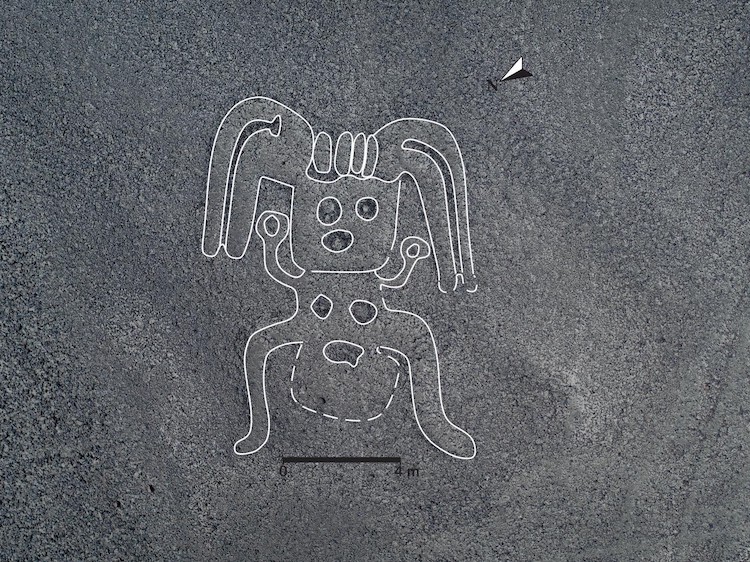 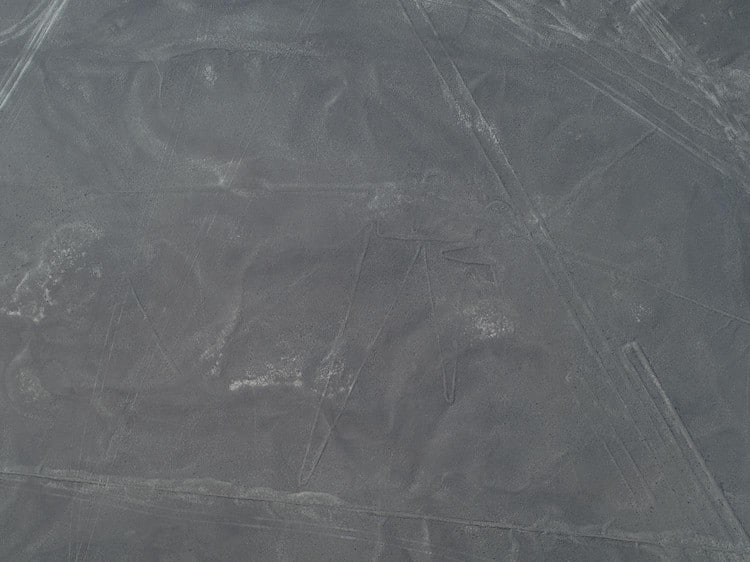 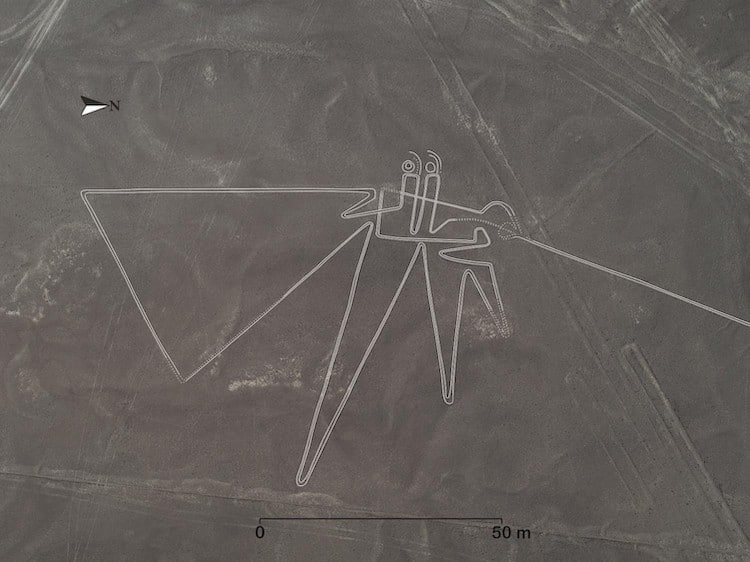 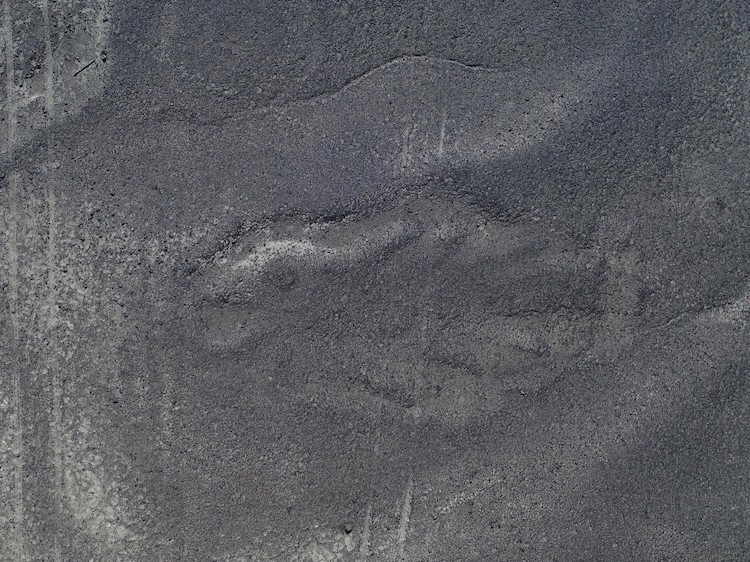 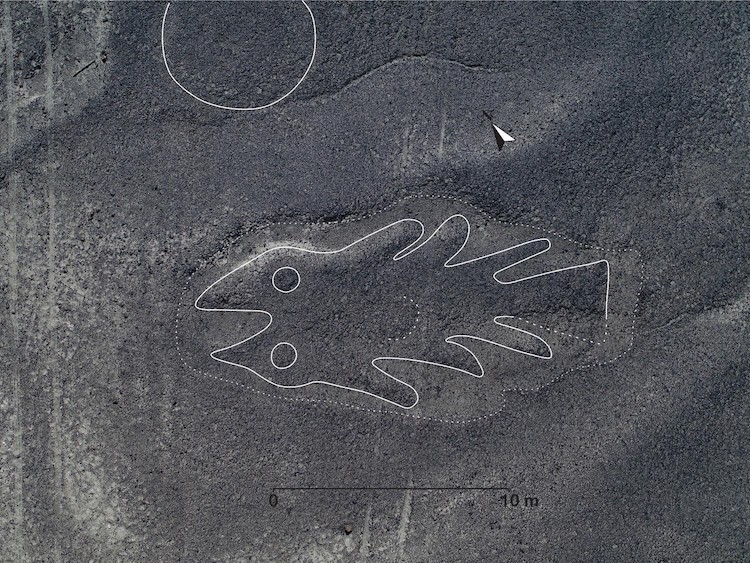 Learn how researchers collaborated with IBM and, for the first time, used AI to reveal an ancient geoglyph.

All images via Yamagata University.

Intruiged? Share
Like My Modern Met on Facebook
Get Our Weekly Newsletter
Become a
My Modern Met Member
As a member, you'll join us in our effort to support the arts.
Become a Member
Explore member benefits
Intruiged?