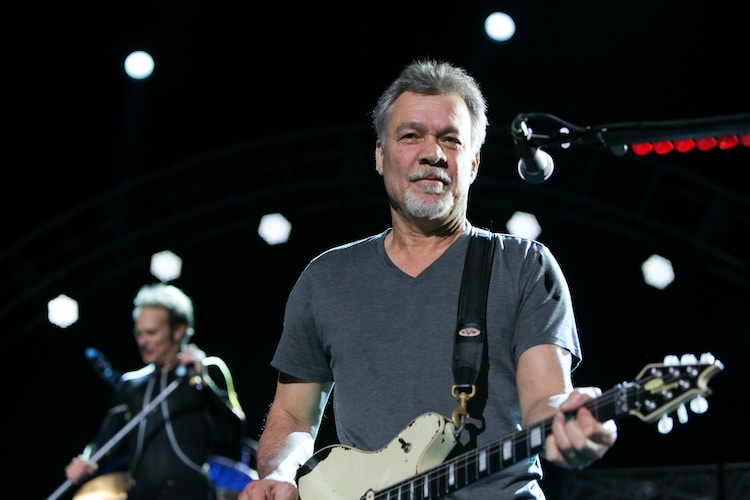 Music lost a legend when rocker Eddie Van Halen passed away on October 6, 2020, after a “long and arduous battle with cancer.” As the co-founder of the iconic band Van Halen, he went on to release 12 studio albums with them, producing hits like “Jump” and “Runnin’ with the Devil.” Van Halen (the band) was inducted into the Rock and Roll Hall of Fame in 2007.

People around the world are paying tribute to Van Halen, including artist Adrian Wilson. He reconfigured an NYC subway station line to make Van Siclen Ave station (in Brooklyn) appear as “Van Halen Ave.” In a photo shared by Wilson, his changes look convincing, and with a quick glance, you’d never realize the subway stop was named anything else. To work his magic, he simply fashioned a sticker and placed it over the “Sic” in “Siclen.”

Wilson shared his handiwork on Instagram where he was incredulous that no one beat him to it. “I left it four days for someone else to [make a sticker] and head to Brooklyn and take the credit but nobody stepped up,” he wrote. So, he took it upon himself to memorialize Van Halen, even if just for a little while—according to Wilson’s Instagram, the sticker is now gone.

Artist Adrian Wilson altered an NYC subway station sign to read “Van Halen” as a tribute to the legendary rocker.

Van Halen was responsible for hits like “Jump” and “Runnin' with the Devil.”

This isn't the first time Wilson has memorialized someone in this way. He recently did  it to commemorate the life of Ruth Bader Ginsberg.