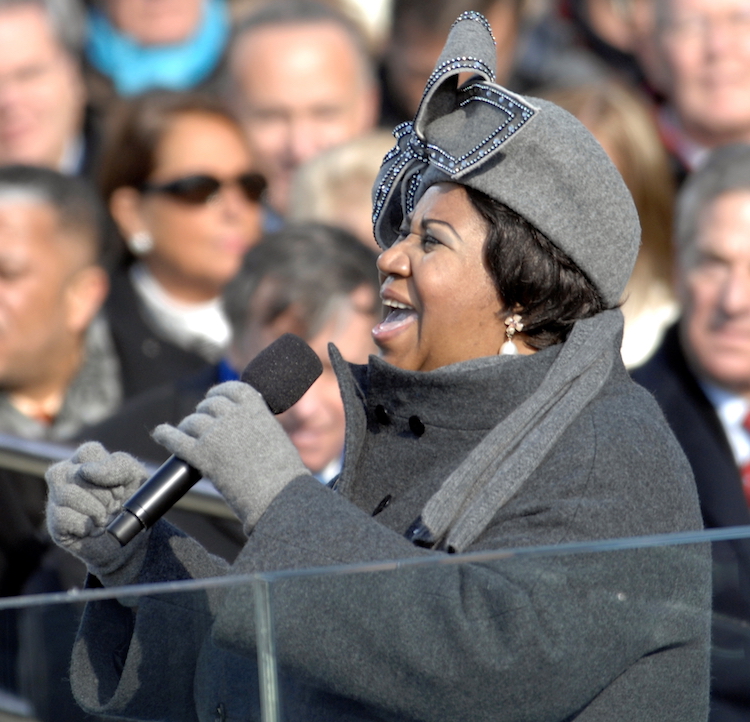 The world lost a legend on August 16, 2018. Aretha Franklin, the undisputed “Queen of Soul,” passed away from pancreatic cancer at the age of 76. She died in her home in Detroit surrounded by loved ones.

Franklin had a profound impact on the music industry, and she redefined the role of women (particularly black women) in pop music. Her incredible talent and passion for her work are evident in songs like “Respect” and “I Say a Little Prayer,” which have undoubtedly been included on the soundtracks of many lives. These hits, along with many more, lead her to become the “most charted” female singer in Billboard history and the recipient of 18 Grammy Awards. She was the first woman to be inducted into the Rock and Roll Hall of Fame; Rolling Stone sums it up best by calling her the “greatest singer of all time.”

As many mourn her death, the family released a statement through Franklin’s longtime publicist, Gwendolyn Quinn. “In one of the darkest moments of our lives, we are not able to find the appropriate words to express the pain in our hearts,” they said. “We have lost the matriarch and rock of our family. The love she had for her children, grandchildren, nieces, nephews, and cousins knew no bounds.”

“We have been deeply touched by the incredible outpouring of love and support we have received from close friends, supporters, and fans all around the world. Thank you for your compassion and prayers. We have felt your love for Aretha and it brings us comfort to know that her legacy will live on. As we grieve, we ask that you respect our privacy during this difficult time.”

Former President Obama helped to articulate why the loss of Franklin is so acutely felt. “Aretha helped define the American experience,” he tweeted. “In her voice, we could feel our history, all of it and in every shade—our power and our pain, our darkness and our light, our quest for redemption and our hard-won respect. May the Queen of Soul rest in eternal peace.”

The world lost Aretha Franklin, the undisputed “Queen of Soul” on August 16, 2018. Known for her amazing voice, here are 20 of essential songs.

Your musical idols were likely to have Franklin as their idol, and many of them—including celebrities—paid tribute to the Queen of Soul through posts on social media.

Aretha helped define the American experience. In her voice, we could feel our history, all of it and in every shade—our power and our pain, our darkness and our light, our quest for redemption and our hard-won respect. May the Queen of Soul rest in eternal peace. pic.twitter.com/bfASqKlLc5

Aretha Franklin. The Queen of Soul. The Icon. The ultimate singers' singer. The greatest singer and musician of my lifetime. The power of your voice in music and in civil rights blew open the door for me and so many others. You were my inspiration, my mentor and my friend. pic.twitter.com/QD9pxvGLLh

What a life. What a legacy!
So much love, respect and gratitude.
R.I.P. @ArethaFranklin https://t.co/400K1U5IHI

This photo was taken in 2012 when Aretha & I performed at a tribute celebration for our friend Marvin Hamlisch. It’s difficult to conceive of a world without her. Not only was she a uniquely brilliant singer,but her commitment to civil rights made an indelible impact on the world pic.twitter.com/Px9zVB90MM

Let’s all take a moment to give thanks for the beautiful life of Aretha Franklin, the Queen of our souls, who inspired us all for many many years. She will be missed but the memory of her greatness as a musician and a fine human being will live with us forever. Love Paul pic.twitter.com/jW4Gpwfdts

Aretha Franklin is the reason why I sing from that part deep inside of me that few could ever reach. She was my favorite and will always be. What a gift she has left all of us with her musical footprints. There will never be another like her. She was truly special. #QueenOfSoul

It was a double thrill for me to perform on the stage of the Metropolitan Opera on my 85th birthday and have the Queen of Soul (and heart) Aretha Franklin singing with me….she will be missed by the world. pic.twitter.com/74VM9IYejI

“Looking out on the morning rain
I used to feel so uninspired
And when I knew
I had to face another day
Lord, it made me feel so tired
Before the day I met you
Life was so unkind
But you’re the key to
My peace of mind.”
Her voice/swagger was peerless.
Thank you, #ArethaFranklin pic.twitter.com/5gp0OP10Jf

The loss of Aretha Franklin is a blow for everybody who loves real music: Music from the heart, the soul and the Church. Her voice was unique, her piano playing underrated – she was one of my favourite pianists. I was fortunate enough to spend time with her and witness her last performance – a benefit for the Elton John AIDS Foundation at St John The Divine Cathedral. She was obviously unwell, and I wasn’t sure she could perform. But Aretha did and she raised the roof. She sang and played magnificently, and we all wept. We were witnessing the greatest soul artist of all time. I adored her and worshipped her talent. God bless her. My condolences to all her family and friends. We shared the same birthday – and that meant so much to me. The whole world will miss her but will always rejoice in her remarkable legacy. The Queen is dead. Long live the Queen. @arethasings #RIP #ArethaFranklin #QueenOfSoul @ejaf