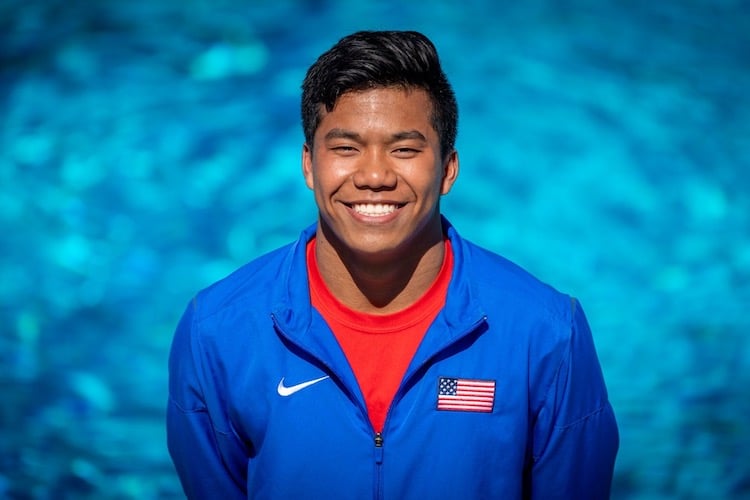 Olympic diver Jordan Windle, who was adopted from Cambodia as a small child. (Photo: Khmerdad, CC BY-SA 4.0, via Wikimedia Commons)

Becoming a parent is a significant milestone in many people’s lives. And more than anything, Jerry Windle had always wanted to be a father. However, as a single, gay man in the late 90s, the odds were stacked against him. Struggling to adopt a child in the U.S. due to stigmas surrounding gay fatherhood, Windle had almost begun to lose hope that he could ever start a family.

“There was such homophobia and bigotry around the concept of a gay person being a parent,” Windle recalls. “Even folks who loved me said, you can’t be a dad if you’re going to be gay.”

But, in spite of those discouraging obstacles, Windle’s luck began to turn around when he discovered a life-changing article while thumbing through a local magazine. As he was reading, he came upon a story about a man who had adopted a child from Cambodia. Without any mention of a mother in the picture, the touching account gave him hope that perhaps he might finally be able to adopt as a single dad.

After calling the number of the adoption service listed in the article, Windle discovered that it would indeed be possible for a single person to adopt. And once he received that extraordinary news, it was only a few months later, in June 2000, that he was in Cambodia meeting his future son, Jordan. Windle instantly fell in love with the barely 2-year-old child. But, malnourished and battling a variety of health issues and infections, Jordan was in perilous condition.

“He was 2 years old but he was 16 pounds. I didn’t know if he would live or die,” Windle explains. “I promised him that I would do everything that I could, that he wouldn’t ever have to suffer again. I would make every sacrifice I could as a parent to get him every opportunity.”

And Windle made good on his word, not just completely transforming an orphan child’s life but also raising him to become an Olympic champion. In August 2021, after years of love, dedication, and support from his adoptive father, Jordan Windle represented Team USA in the Tokyo 2020 Games as a member of the Olympic diving team. Taking up diving at the tender age of 7, Jordan went on to become the youngest diver ever to qualify for the Olympic trials when he was just 13 years old, and he finally achieved his dream of competing at the age of 22.

The Olympian lovingly dedicates all of his successes to his father. “I tell everyone, when they ask me why I dive, I dive purely for my dad and how much he loves watching me,” Jordan says. “Without him making all the sacrifices that he has, and his love and support the whole time we've been together, I really wouldn't be where I am today. I have him to thank for everything, all my accomplishments. It's been an amazing journey with him, and we're still rolling.”

To keep up with Jordan's inspirational journey, follow the Olympic athlete on Instagram. You can also purchase his book, an inspirational story for children which he co-authored with his father, titled An Orphan No More: The True Story of a Boy.

He was adopted from an orphanage in Cambodia at the age of 2 by Jerry Windle, a single gay man who wanted more than anything to be a dad.

After years of sacrifices so that his son could have a better life, Jerry is always Jordan's number one fan in the stands.