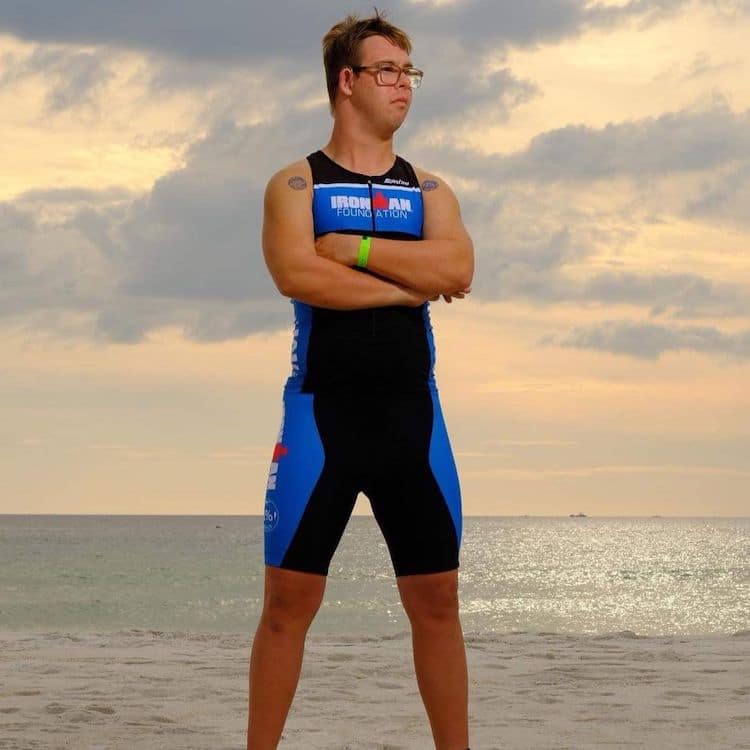 Completing an Ironman triathlon is a feat for any athlete. The grueling multi-sport event begins with a 2.4-mile open-water swim followed by a 112-mile bike ride and, finally, a 26.2-mile (marathon distance) run. Chris Nikic recently celebrated his first time crossing the finish line of an Ironman, and his personal victory had extra significance; he was the first person with Down syndrome to complete this legendary race.

For Nikic, a 21-year-old living in Orlando, finishing the Ironman was especially meaningful because of the adversity that he's had to overcome. At five months old, he had open-heart surgery. He also had a severe lack of balance that meant that he didn’t walk on his own until he was four. And when Nikic learned to run, his form needed some work so that he wouldn’t instinctively hold his hands above his head while running; it took time for him to learn to swing them at his side.

Nikic felt isolated in life but he found inner peace in sports. By the time he was a teenager, he was competing in the Special Olympics. And in October 2019, he was determined to race in an Ironman and sought out help from an endurance training group and Dan Grieb, his volunteer coach.

Training for any long-distance race is a grind and requires months of sacrifice to build speed and endurance as well as mentally prepare for the task ahead. In order to stay motivated, Nikic and his dad Nik created the 1% Better Challenge. “We all have limitations, but we can all work harder and get one percent better every day,” the athlete tells My Modern Met. Striving to do better a bit each day is two-fold for him; it inspires him to put effort into everything he does and promotes Down syndrome awareness.

When the day of the race arrived, Nikic and Grieb set off in choppy waters in the Gulf of Mexico. (Grieb was tethered to Nikic for safety reasons.) They advanced to the biking portion where Nikic was bit by red ants while off his bike drinking water, and the insects caused his legs to swell. A few miles later, he crashed his bike. But still, he trekked on and made it to the final leg of the race: the marathon. Severe fatigue set in around mile 10, but Nikic refused to give up. “During the race, there was a battle in my mind between my fake pain and my dreams,” he recalls. “My dreams won.” He completed the race in 16 hours 46 minutes and 9 seconds—14 minutes under the 17-hour cutoff time.

Now that Nikic has reached this ground-breaking accomplishment, he has already set his sights on competing in the 2022 Special Olympics USA games and raising money for the charities that mean the most to him. “I achieved my goal,” he says, “and now I want to help others like me.”

Chris Nikic became the first person with Down syndrome to complete the grueling Ironman triathlon. 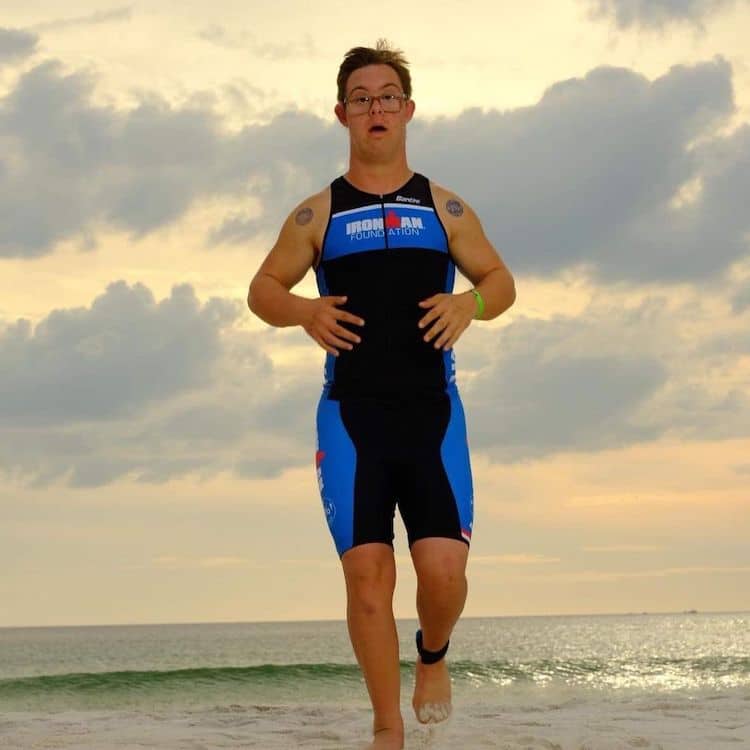 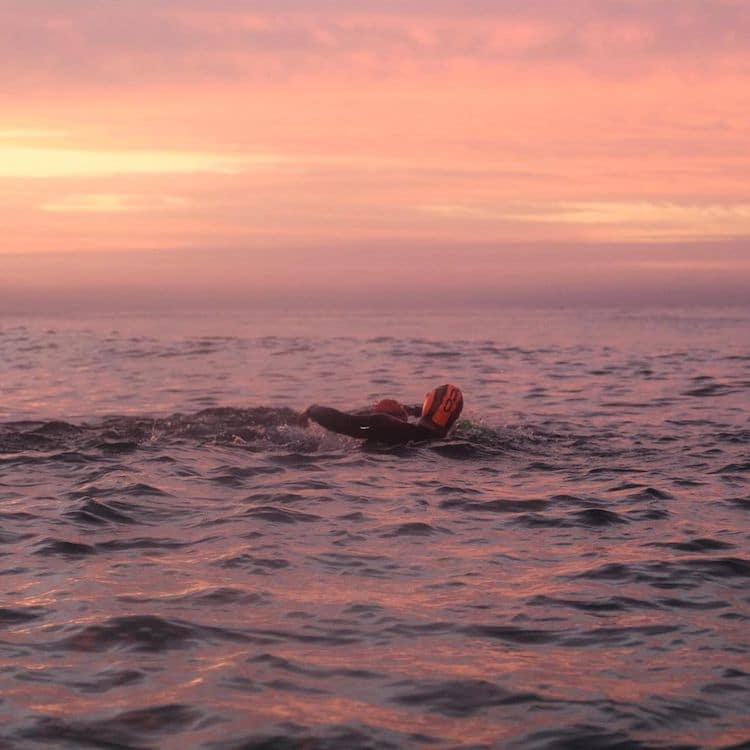 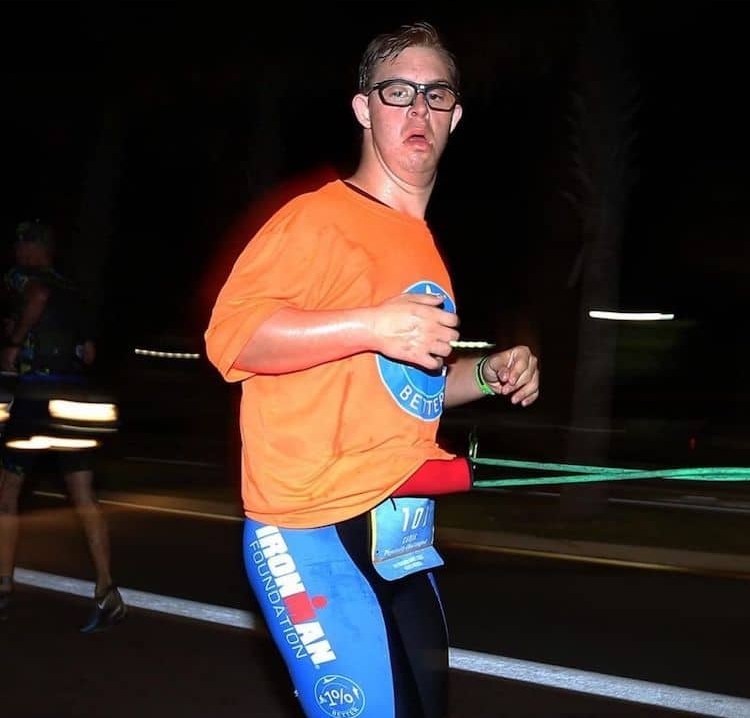 Nikic had the support of his dad, Nik, as well as a team of volunteers that helped him train. 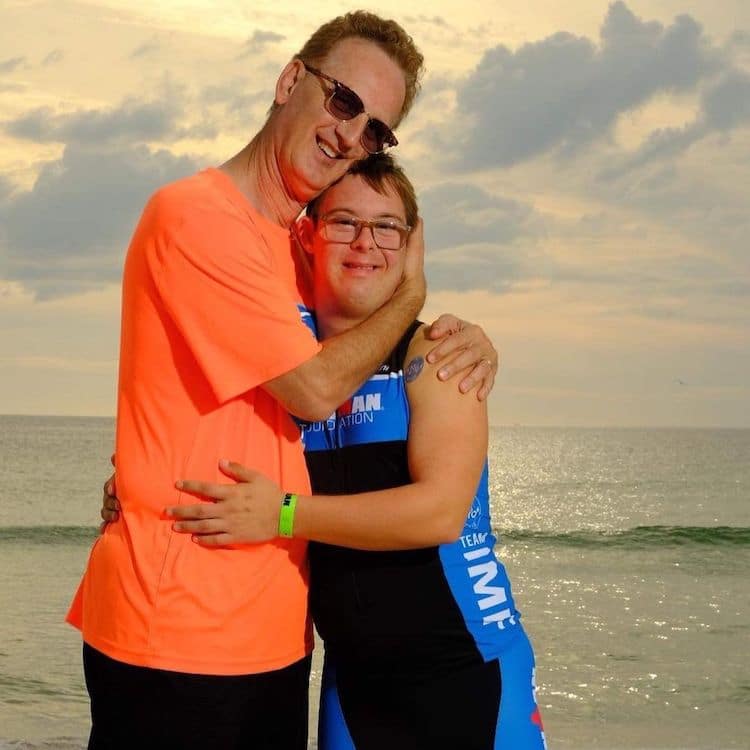 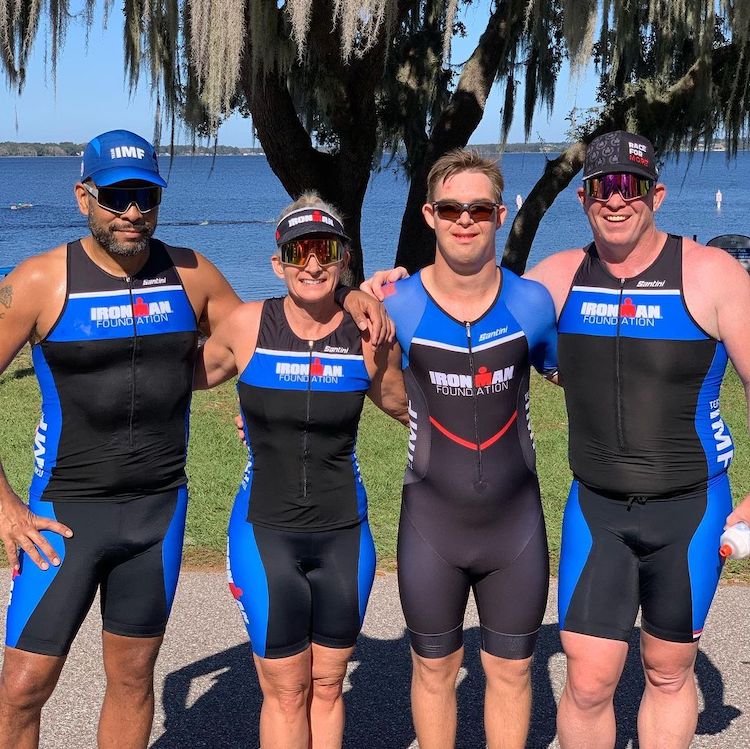 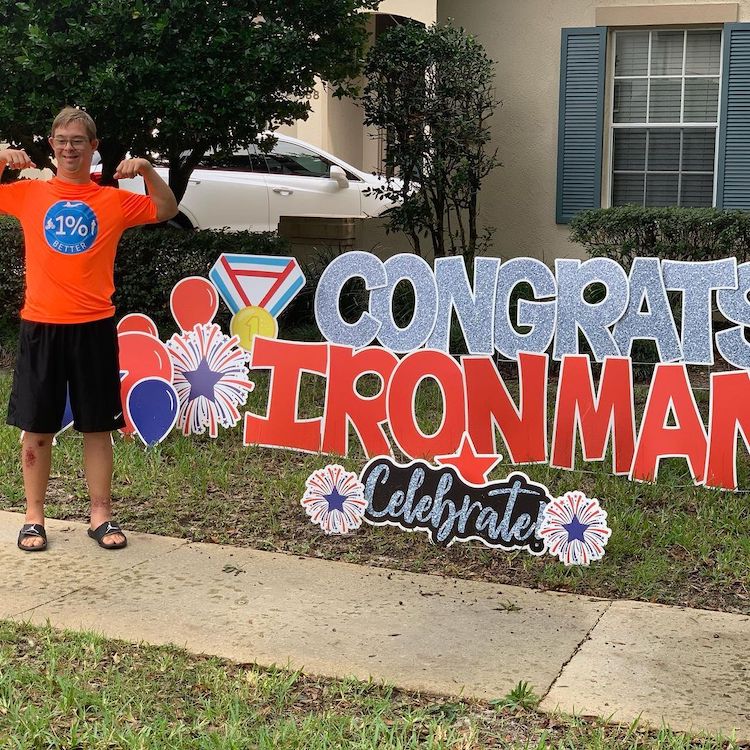