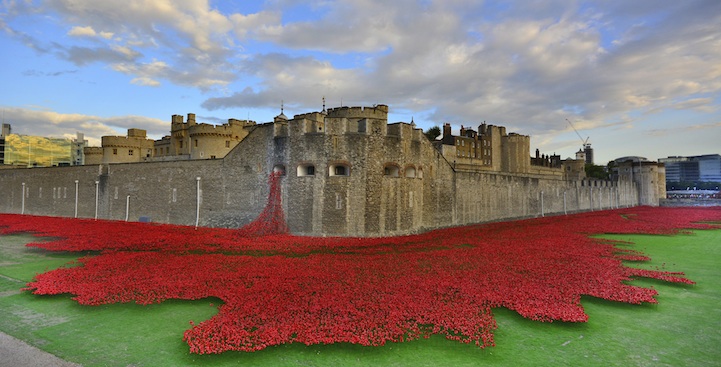 By the time this installation, Blood Swept Lands and Seas of Red, is over, it's estimated that over four million people will have seen it. Surrounding the Tower of London are 888,246 handmade poppies, each representing a British and Commonwealth person who died during World War One. The first poppy was planted on August 5th, the first day of Britain's full participation in the war, and the last poppy will be planted on Armistice Day, November 11th.

The stunning installation covers 16 acres, which is roughly equivalent to 250 tennis courts or 16 soccer fields. The clay models were handmade under artist Paul Cummins and the setting was designed by Tom Piper. Teams of volunteers worked day and and night to carefully assemble each flower. Ninety tons of steel was used to create the stems of the poppies, which varied in length from 1m to 50cm, and the structures which made the red flowers look like they were floating over the moat or pouring out of one of the tower's windows.

Huffington Post reports that huge crowds have come to see the striking installation. “The Tower of London is currently being besieged by a deluge of tourists and Londoners alike, who are queuing around the block to see a river of poppies flowing around one of the world's most historic monuments.” The art is part of preparations for the commemoration of 100 years since the outbreak of the Great War.

Prime Minister of the UK David Cameron told The Guardian, “It was,” he said, “a stunning display and it is extremely poignant.” He went on to add it was a reminder “of how many people gave their lives not just in that conflict, although obviously the slaughter was horrendous, but also in so many conflicts since then where our armed services personnel have been defending our freedoms and our way of life.”

Designer of the installation, Tom Piper said, “It does look very beautiful, but people are beautiful and our human life force is beautiful. So it is a good way of getting people to contemplate all this loss of life.” 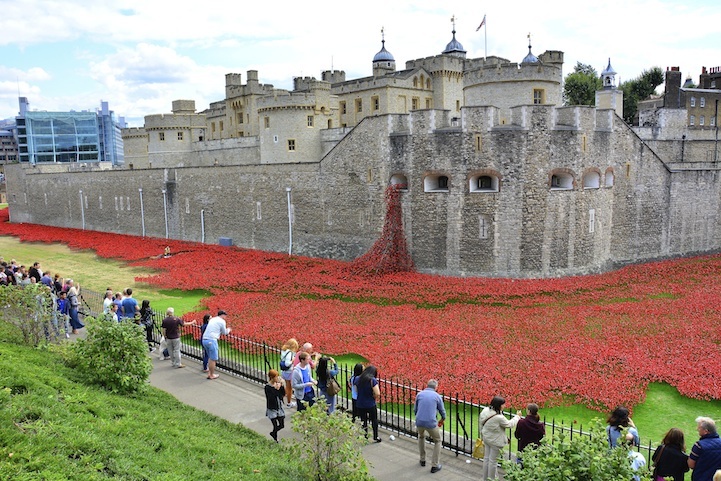 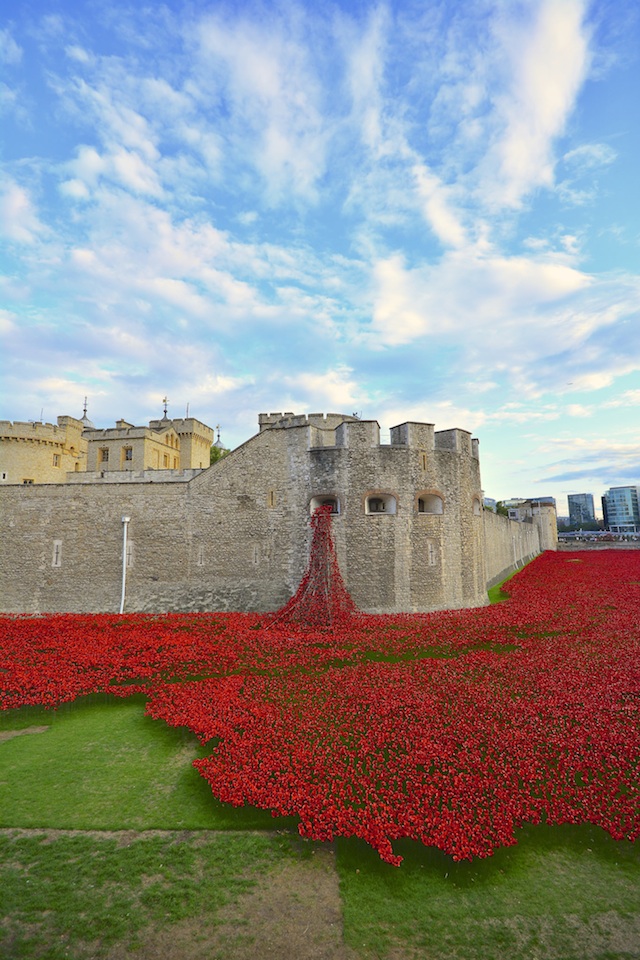 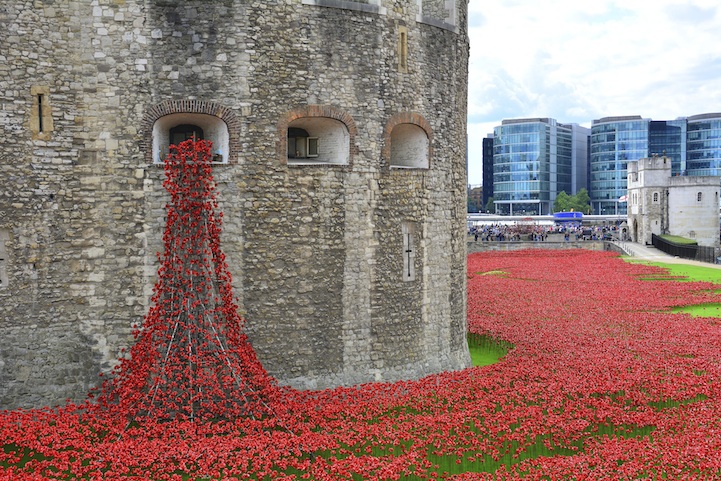 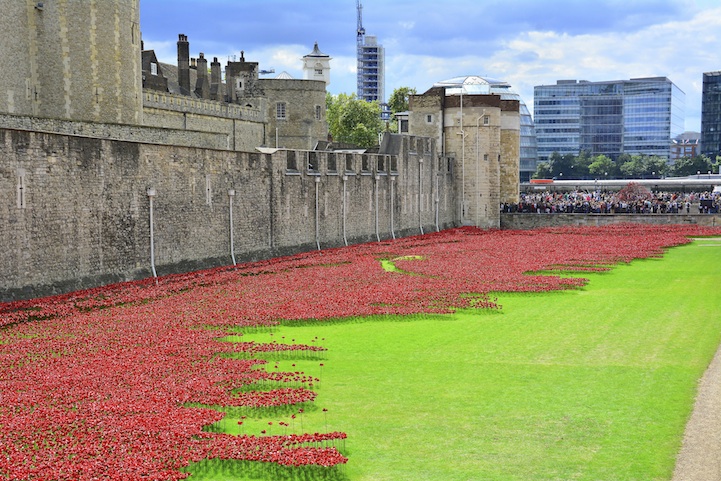 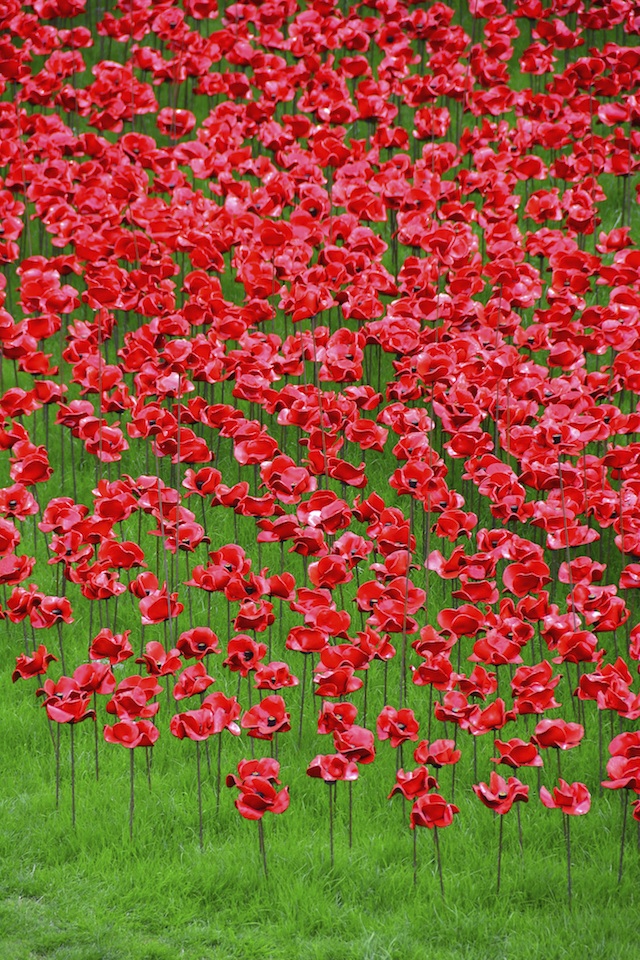 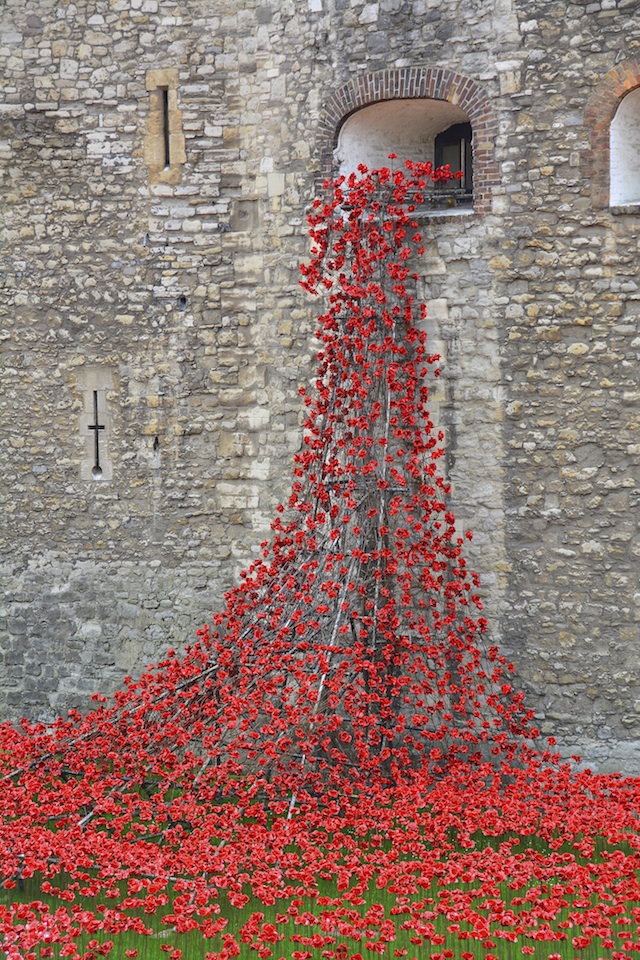 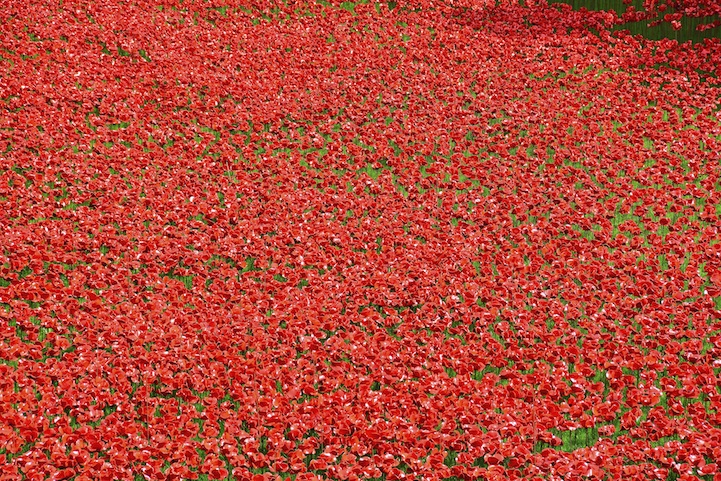 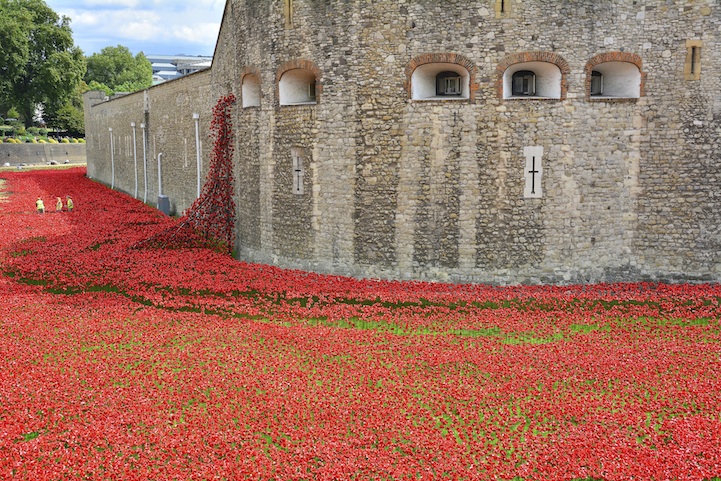