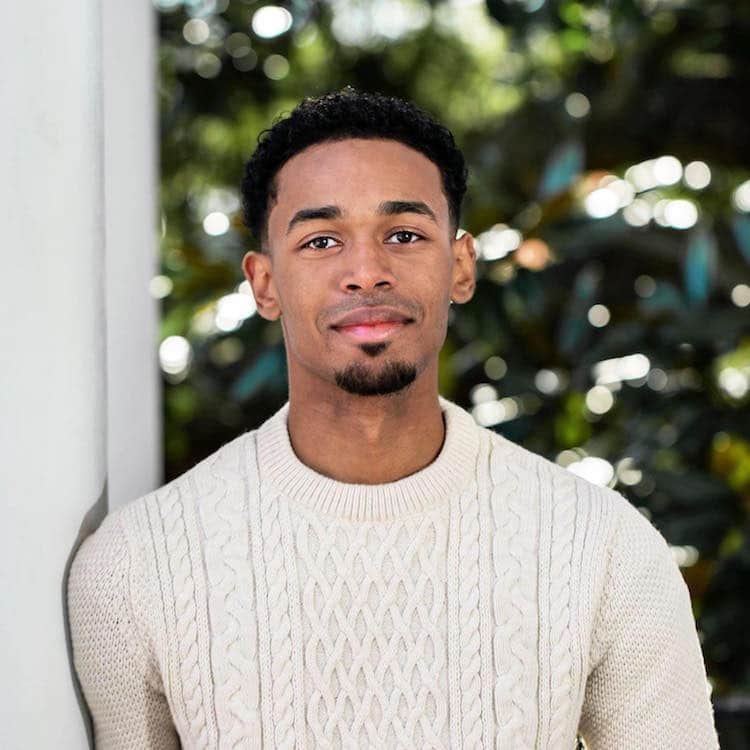 There was a time when 24-year-old Rehan Staton thought he would never go to college. He had faced numerous rejections in the past and was certain his future resided elsewhere. So, he was very reluctant to open the email he received from Harvard Law School. Little did he know that an acceptance letter was waiting for him. “It was probably the most surreal moment of my life,” he admits. “After going through everything that we did as a family, I just felt that we got into Harvard, and like, I just can't even explain it. It was ‘we.”' Although being accepted into Harvard Law offers Rehan a bright future, it wasn't that long ago when circumstances weren't so optimistic.

At 8 years old, Rehan's world was flipped upside down when his mother abandoned his family and left the country. It was the beginning of an incredibly challenging time for him and his older brother Reggie Staton. Misfortune continued to pile higher as Rehan’s father lost his job and had to pick up three more jobs to keep the family afloat. But, despite his father’s best efforts, financial burdens steadily mounted and poverty crept in.

Rehan recounts on a public Facebook letter addressed to his brother Reggie: “I remember in 7th grade there were countless times our electricity would get cut off and we didn’t have much food to eat. Do you remember that was the year my teachers tried to place me in special education because of my bad grades? How was I supposed to concentrate under our circumstances?”

A young Reggie then brainstormed and implemented ways to keep Rehan fed, to help boost his grades. Rehan’s grades did improve and he became an honor student. But in time, his focus began to shift from academia towards sports. A supportive Reggie commenced training with his little brother right away to help him reach his sports goals, which he accomplished. However, additional misfortune awaited Rehan when he started facing physical ailments. His dreams of sports scholarships slowly started to deteriorate as rejection letters from colleges also started rolling in. 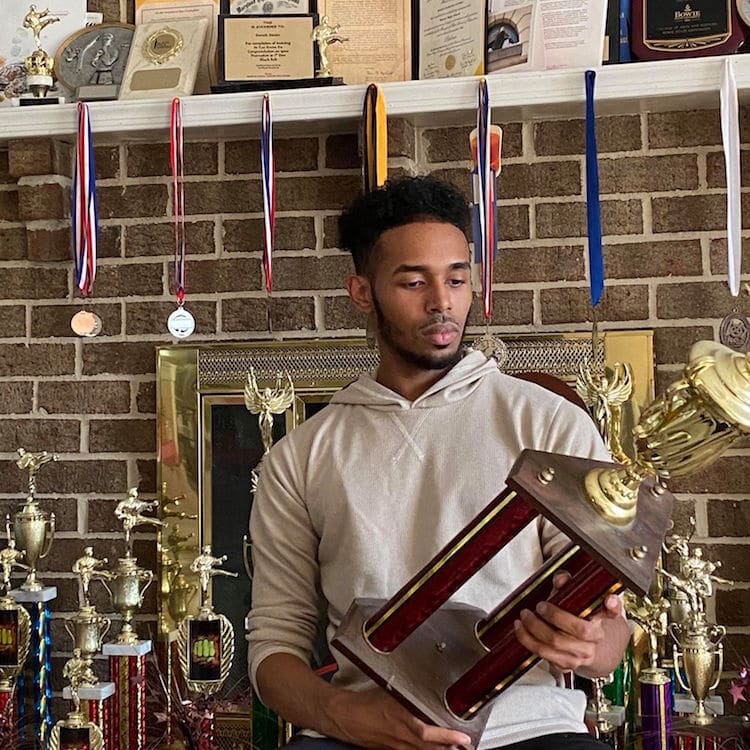 Disillusioned, Rehan took a job collecting trash and cleaning dumpsters, to assist his father in paying bills. Rehsn’s coworkers—many of whom were formerly incarcerated individuals— had nothing but uplifting words for the young man and his future. “It was the first time in my life a group of people really just empowered me, uplifted me, told me I was intelligent. I believed in the hype, and I was ready to go to school.” But his family's financial obligations didn’t allow much room for Rehan to pursue classes.

Then Reggie, who saw the promise of his brother, made the ultimate sacrifice by dropping out of college himself, so Rehan could attend instead. He would dutifully see to the financial needs of the family while his little brother would pursue education. Rehan received a 4.0 GPA and transferred to the University of Maryland.

Once again, misfortune struck when Rehan's father suffered a stroke. He resumed his role as a sanitation worker in addition to his studies. He would start his workdays at 4 a.m., in order to get work in before his classes began. 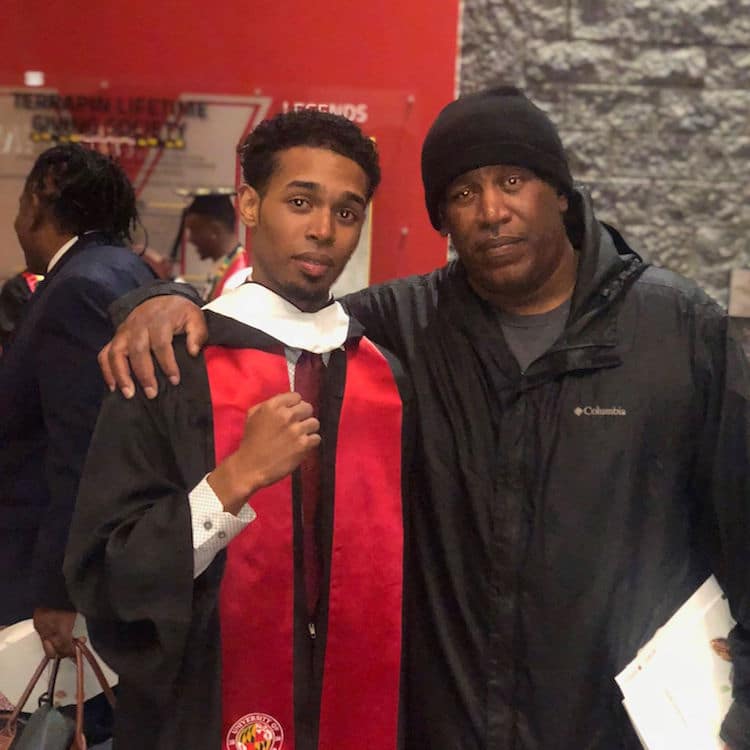 Rehan Staton and his father at graduation

“Watching my father work anywhere between one and three jobs, giving up his entire social life just to give my brother and I the basic needs—I was hungry if that makes sense,” Rehan remarks. “I was really hungry, but also at the same time, I just really wanted to succeed.”

Through persistence, Rehan received numerous awards and became the commencement speaker at his graduation. After graduation, while studying for his LSAT exam. He scored in the 80th percentile on the test.  He applied again to law school programs, but this time received an abundance of acceptance letters.

Rehan’s story often gets interpreted as an inspiring tale of a “self-made man” burning with ambition, but he feels the true igniter toward his success was a supportive community, and particularly the love of his brother.

Rehan Staton is a young man who worked as a sanitation worker and never thought he'd get into college. 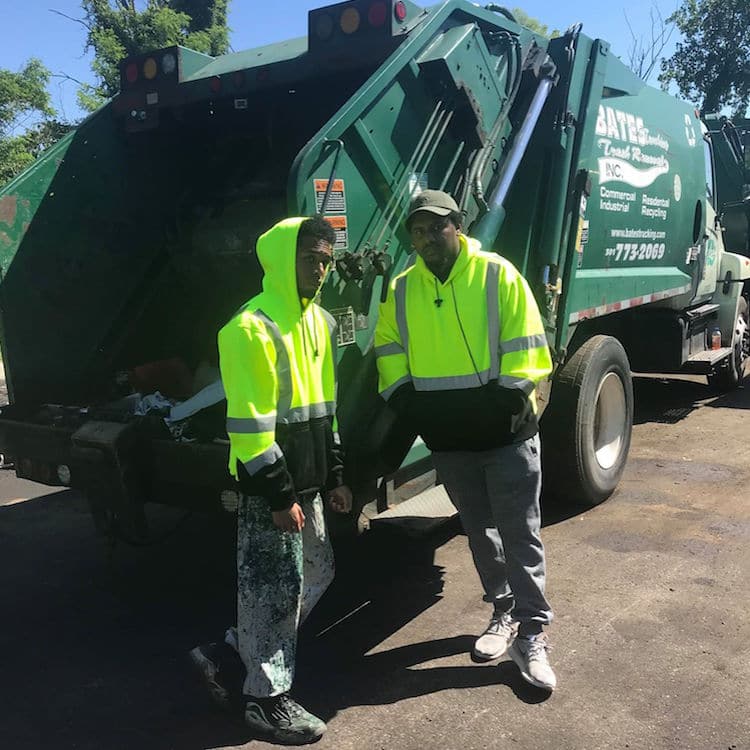 Rehan Staton and His Brother Reggie Staton by A Garbage Truck

Little did he know that he'd be accepted into Harvard Law School in Fall 2020. 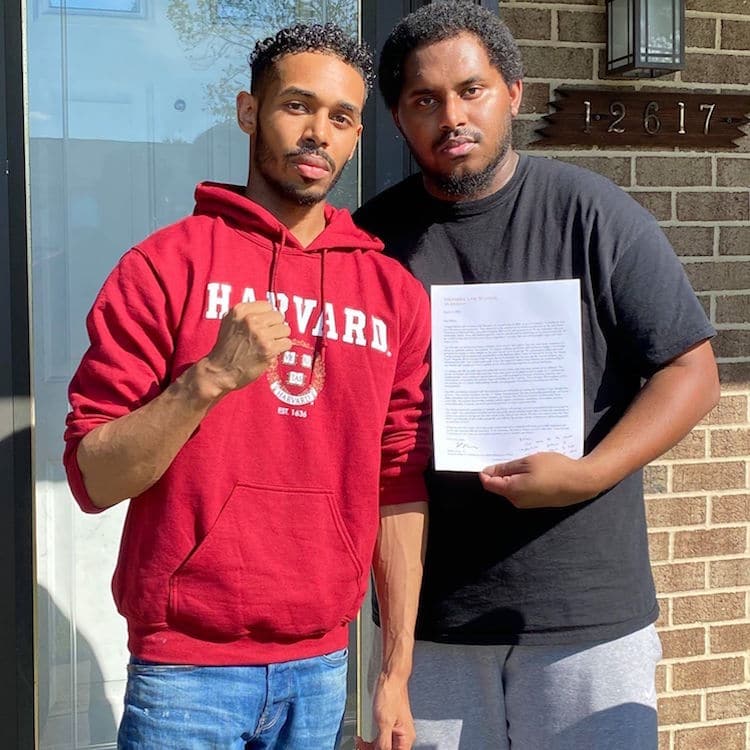