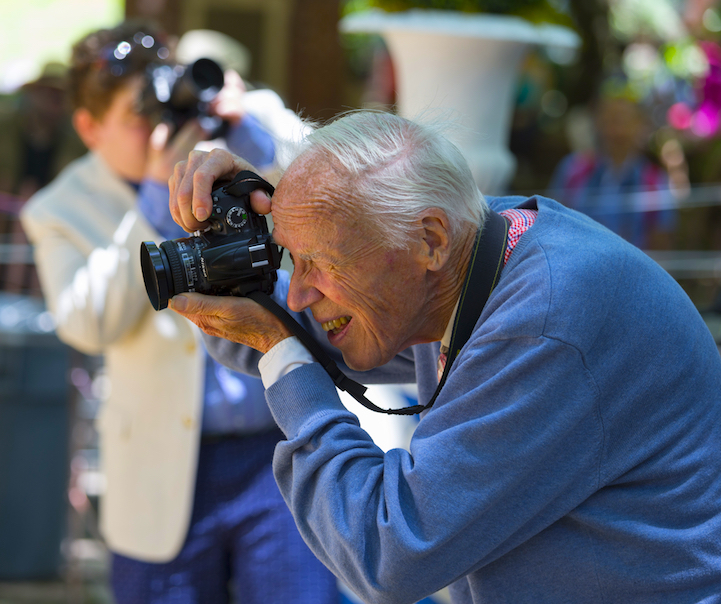 We're extremely saddened by the loss of yet another legend in our lifetime. Over the weekend, the photography and fashion community lost a true pioneer and documentarian: Bill Cunningham. The photographer first earned a name for himself in New York City as a brilliant street photographer. He began contributing to The New York Times in the 1970s, serving as a resident street style specialist.

Iconically pedaling through the city on his bicycle, narrowly dodging the hood of cabs on more than one occasion, Cunningham chased his passion as New York’s very own style expert who celebrated the efforts of fashion followers, trendsetters, and artistic rebels he came across on the streets. Rain or shine, he was out there, encountering all types of pedestrians—those who followed the fashion “rules” and those who defied them. 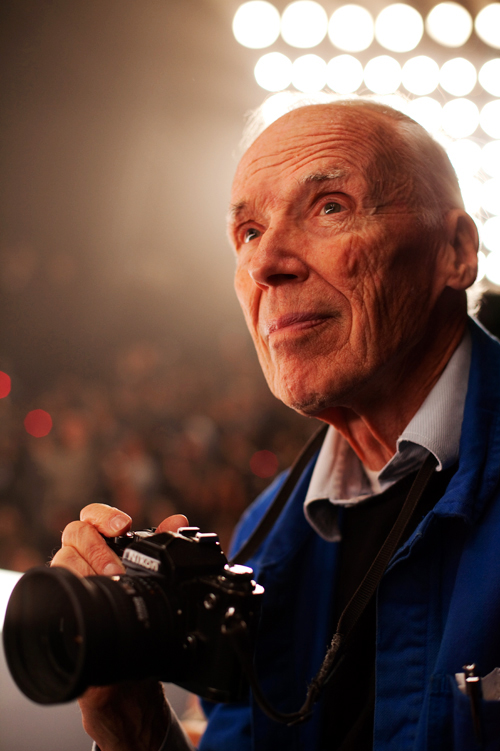 Photo via The Sartorialist

Always with his camera in tow, Cunningham snapped shots of individuals who didn’t just wear clothes, they embodied their outfits. For over 50 years, he documented New Yorkers’ personal expression, showing the world why the Big Apple is the fashion capital of the world. Even greater than that, though, he was capturing the essence of his beloved city. Designer Oscar de la Renta has even said of Cunningham: “More than anyone else in the city, he has the whole visual history of the last 40 or 50 years of New York. It's the total scope of fashion in the life of New York.” 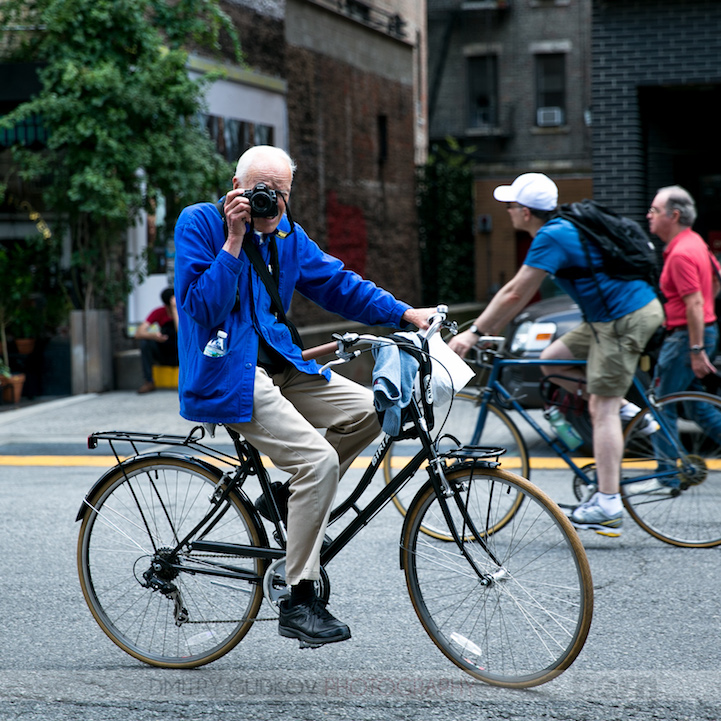 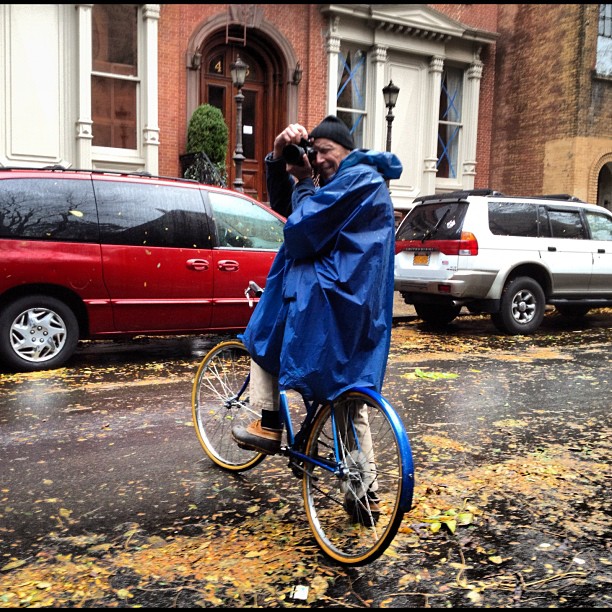 Despite the countless photographers, designers, and members of the press that have focused on fashion over the course of over half a century, it’s Cunningham that devoted his life to truly paying attention exclusively to the clothes. He even opted to turn his attention elsewhere while Catherine Deneuve was gaining the attention of countless paparazzi nearby. His reason for not photographing her was simple: “She isn't wearing anything interesting.” Celebrity status didn't drive Cunningham's photography, style did. Vogue’s Editor-in-Chief Anna Wintour has said: “I don't know how many times he has taken my photograph, but we all dress for Bill. You feel he's the only one who notices or cares how you dress.” 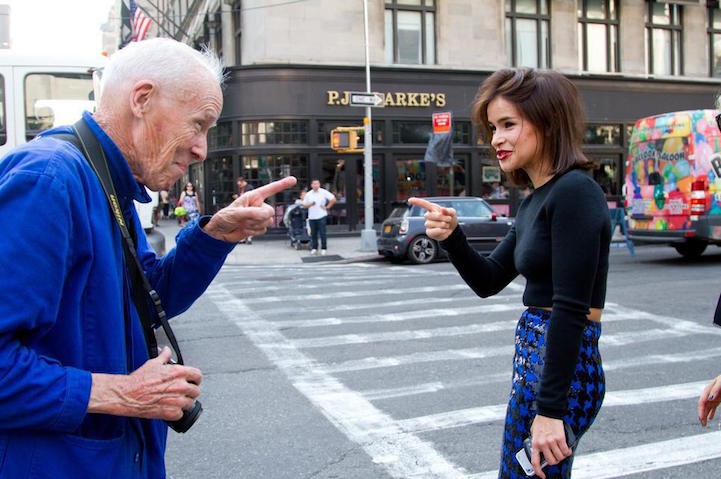 Besides pioneering and perfecting his brand of street photography, Cunningham inspired generations of young fashion designers, stylists, and photographers over the years by highlighting the beautifully adorned people around him. His presence in the fashion and photography industry was a prominent one that eventually led to a documentary about him. If you haven’t seen Bill Cunningham New York, now’s the time to get to know the legend. You can also see more of his On the Street series on The New York Times website. 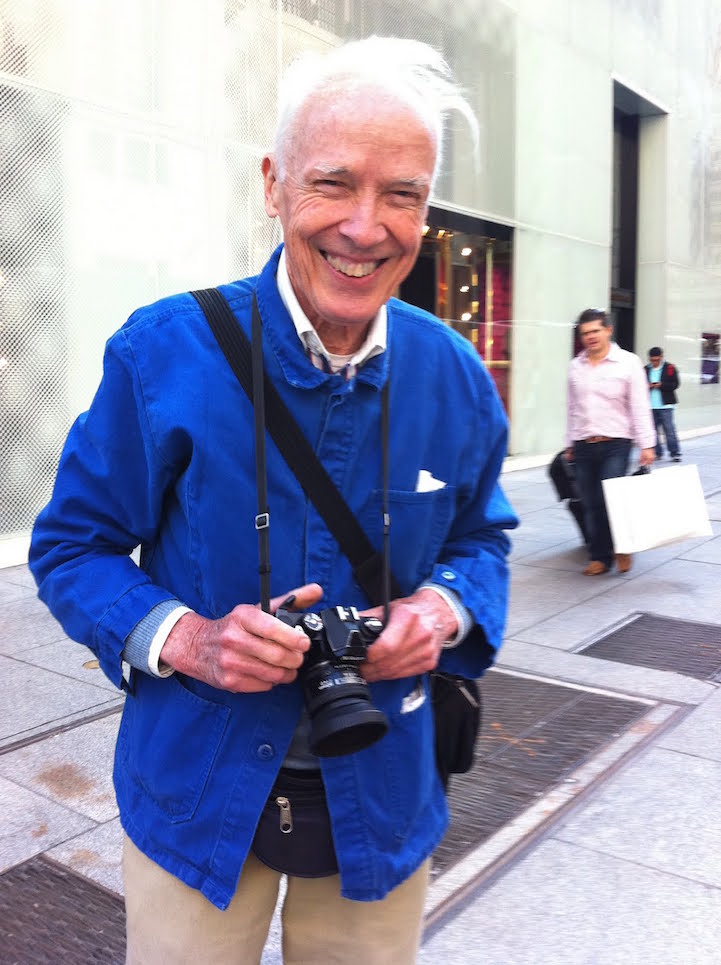 Bill Cunningham: On the Street