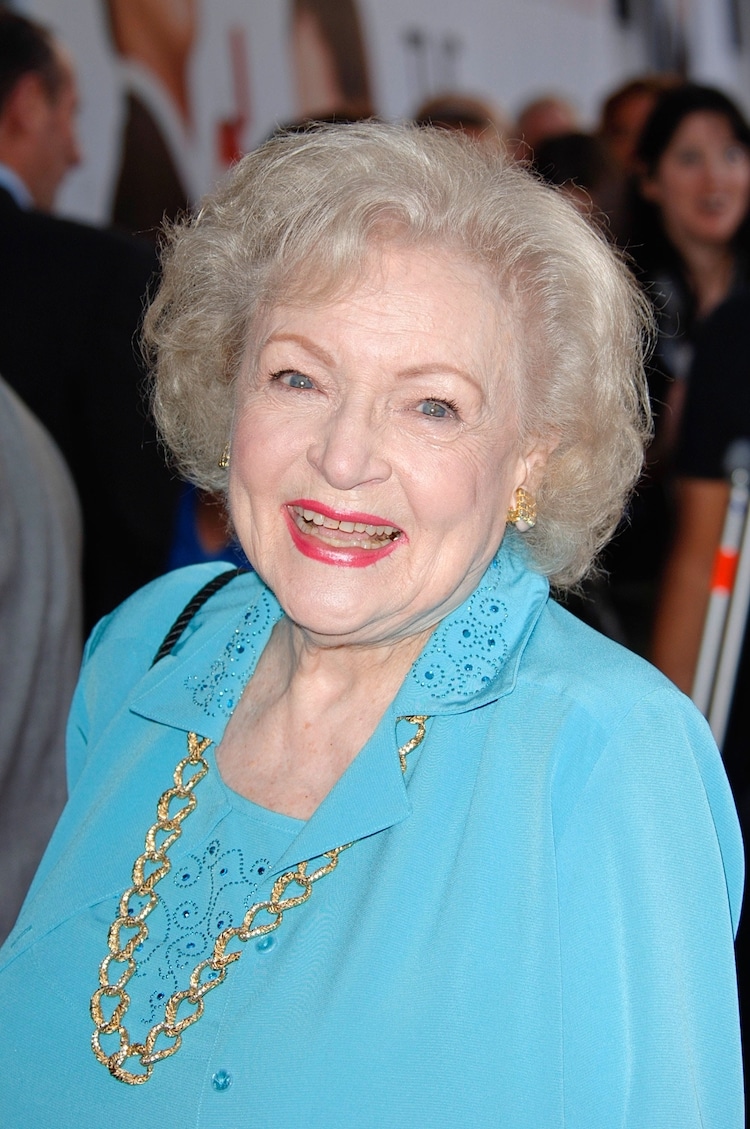 On December 31, 2021, actor and comedian Betty White passed away in her home in Los Angeles. Just a few weeks shy of her 100th birthday milestone on January 17, the news of her death rippled throughout the world as those in Hollywood and everyone touched by her talents mourned (and continues to mourn) the loss of this icon.

To say White was a cultural juggernaut is an understatement. She created two popular sitcom characters: Sue Ann Nivens on The Mary Tyler Moore Show (a double Emmy-winning role) and Rose Nylund on The Golden Girls (another role in which she won an Emmy). The latter show is often the most lauded on her list of performances; but as a record-breaking actor that had the longest career of any female entertainer, her credits don’t stop there.

After The Golden Girls ended in 1992, she made guest appearances and had recurring parts on television. She was seen on Ally McBeal, That ‘70s Show, the daytime soap opera The Bold and the Beautiful, and many more. During the end of the early aughts, she starred alongside Ryan Reynolds and Sandra Bullock in the 2009 rom-com The Proposal. A year after that, she received a lifetime achievement award from the Screen Actors Guild.

White’s fans wanted to see her in all the things. And thanks to a “spirited social media campaign,” she hosted Saturday Night Live in May 2010. It turned out to be the show’s highest ratings in a year and a half. The same year, White was one of the stars of the sitcom Hot in Cleveland, where she played a caretaker over the course of five seasons.

Before her passing, there was a big celebration planned for White’s 100th birthday in the form of an exclusive documentary. Now a celebration of her life, it will be shown in almost 900 theaters around the world for a special one-night event. Titled Betty White: 100 Years Young—A Birthday Celebration, it will show clips from her most famous roles and even a lost episode from her earliest sitcom in the 1950s. The documentary also has other memorable moments and special guests.

With the big birthday bash planned and promoted, the news of White’s death hit the world hard. See how celebrities, politicians, and others have publically mourned her passing. “The world looks different now,” Reynolds wrote on Twitter. “She was great at defying expectation. She managed to grow very old and somehow, not old enough. We’ll miss you, Betty. Now you know the secret.”

Beloved actor and comedian Betty White passed away at age 99, just a few weeks before her 100th birthday. Actors, apoliticians, and other notable people around the world are mourning the loss of this icon.

The world looks different now. She was great at defying expectation. She managed to grow very old and somehow, not old enough. We’ll miss you, Betty. Now you know the secret. pic.twitter.com/uevwerjobS

Betty White brought a smile to the lips of generations of Americans. She’s a cultural icon who will be sorely missed. Jill and I are thinking of her family and all those who loved her this New Year’s Eve.

RIP Betty White, the only SNL host I ever saw get a standing ovation at the after party. A party at which she ordered a vodka and a hotdog and stayed til the bitter end.

1) Betty White. Where do I begin? I’ve known her long, but I think the first time I met her was when she was a guest star on Suddenly Susan in the late 90s. Everyone was very excited she was on the show. I had accidentally parked in her parking spot that day. She walks in…

A spirit of goodness and hope. Betty White was much beloved because of who she was, and how she embraced a life well lived. Her smile. Her sense of humor. Her basic decency. Our world would be better if more followed her example. It is diminished with her passing.

Y’all, with the passing of #BettyWhite we have lost one of the best humans ever!

Betty White broke barriers, defied expectations, served her country, and pushed us all to laugh. Barack and I join so many around the world who will miss the joy she brought to the world. I know our Bo is looking forward to seeing her up in heaven. pic.twitter.com/tVL7NUw2TT

RIP Betty White! Man did I think you would live forever. You blew a huge hole in this world that will inspire generations. Rest in glorious peace….you’ve earned your wings ❤️❤️❤https://t.co/7wpeLHgySy

I Watched Her on her first TV Show “Life With Elizabeth”When I Was 7 Yrs Old.When She Did S&C I Got a Chance To Tell Her. I Was Embarrassed cause tears came to my eyes.She put her arms around me, & I Felt 7 again.
Some Ppl Are Called ICONS🙄,
BETTY IS A TRUE ICON.

While watching the news last night I learned of Betty White’s passing. Betty will live forever not only in this world but the world here after. I will always love her as we all will!

I met Betty White several times over the years, in many green rooms. She was a vanguard who paved the way for women in TV. Now we say goodbye to her irrepressible presence, and like millions of others, I will miss her. Thank you for all the joy and laughter, Betty ❤️ pic.twitter.com/XTxLaVFTlw

She made us laugh. Thank you Betty White. RIP. pic.twitter.com/d6XeLrlnm1