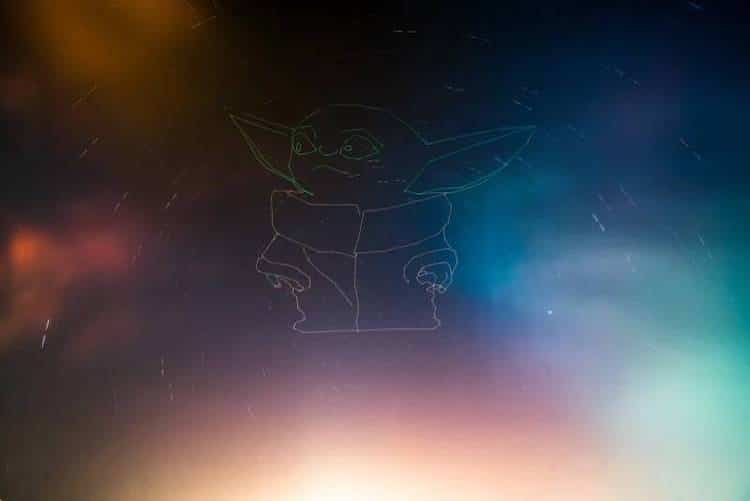 This post may contain affiliate links. If you make a purchase, My Modern Met may earn an affiliate commission. Please read our disclosure for more info

Everyone is captivated by Baby Yoda (aka the cutest Star Wars character ever). Artists, bakers, and now photographers have paid homage to The Child through their creativity. Using a combination of drone technology and long-exposure photography, Russell Klimas made a light painting of a giant Baby Yoda against the brilliant backdrop of the night sky.

“The inspiration to do this was simply because I was watching The Mandalorian and generally like to do drone light painting of show, video games, or causes that I'm passionate about,” Klimas tells My Modern Met. “It seemed like a good fit with Baby Yoda being so popular!”

The photographer produced the light painting using a DJI Mavic drone with a Lume Cube Strobe attached to it. Because it would be nearly impossible to sketch Baby Yoda when flying the drone by hand, Klimas used two programs to plot the device’s course. One was Google Earth and the other was a flight app called Litchi. After tracing a photo of Baby Yoda on Google Earth, he imported the path in Litchi. “It took me an hour to program it,” Klimas recalls. “The image itself took 18 minutes once the drone started going.” During this time, he used a tripod and long exposure to photograph the portrait.

Despite working on the image remotely, Klimas was able to outline Baby Yoda’s green skin and trace the rest of his robe in a reddish-brown color. “The different colors for Baby Yoda were created with filters I placed over the light,” he explains. “Once I was finished with one color I covered the lens of the camera so it could fly back down and I could change the color out.” 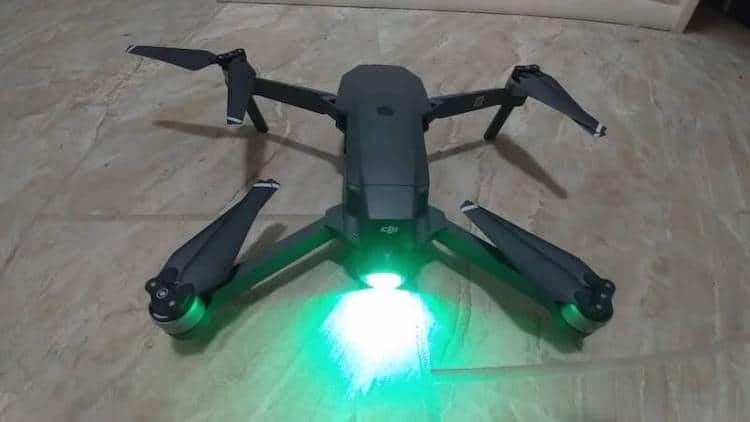 He traced a photo of The Child using Google Earth and then imported the path into an app called Litchi, which painted the image in the sky. 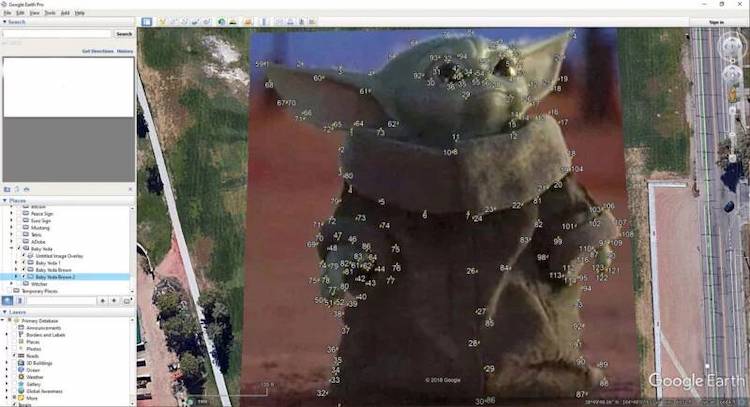 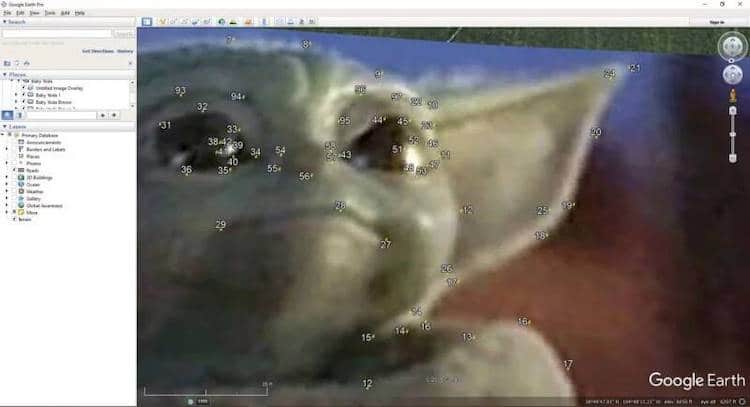 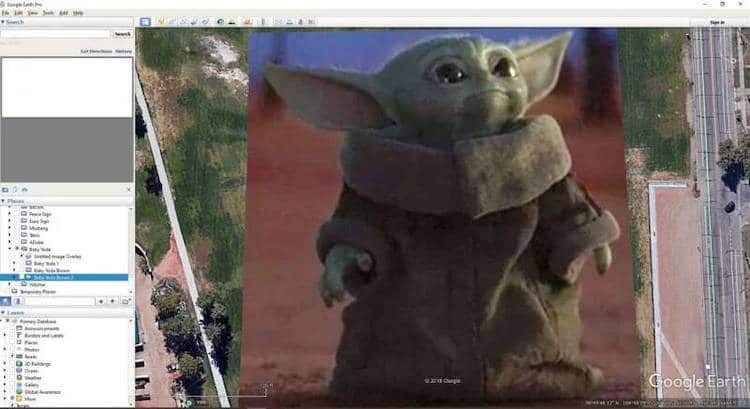 Once the drone got going, it took 18 minutes for it to complete the portrait. Klimas captured the image using long-exposure photography