Adventurous Climbers Suspend Themselves in Hammocks Across an 262-Foot Canyon 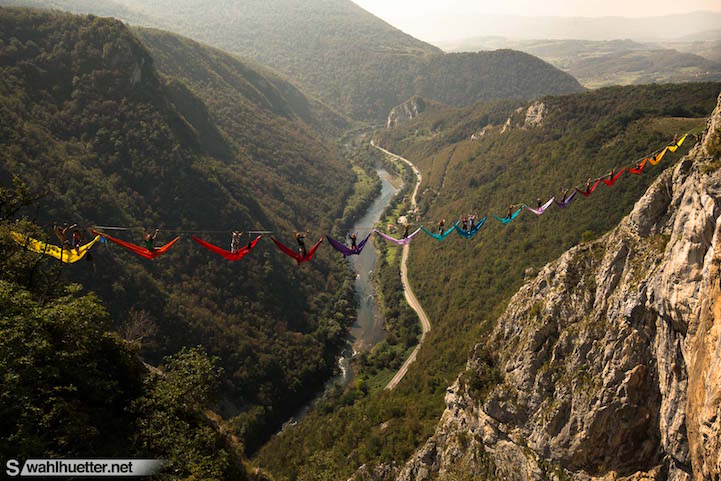 Photographer Sebastian Wahlhütter captured these heart stopping images of an annual hammock gathering which took place at Tijesno Canyon in Bosnia and Herzegovina. As part of the Drill and Chill Climbing and Highlining Festival, 19 brave souls hung out in 17 hammocks provided by organizers Ticket to the Moon. The hammocks were strung along a 262-foot gap more than 600 feet above the canyon floor. Wahlhütter captures the light, joyous atmosphere of this human rainbow as the climbers prepare to take their places. The 16-foot hammocks that project coordinator Igor Scotland specially designed for the occasion became a home to his guests, as they read, blew bubbles, and took selfies in mid-air. Suspended over the lush green canyon, the thrill-seekers' hair blew in the breeze while they happily enjoyed their four hours in the cozy hammocks.

The project is more than adventure sport, though. It's also a means to expose climbing and highlining to a wider audience within Bosnia and Herzegovina. Rock climbing has a long history in the country, but was left at a standstill during the Yugoslav Wars. Postwar, the sport slowly gained more practitioners, yet still remains a largely underground phenomena in the country. The festival and project try to highlight the continuous growth of the climbing community in Bosnia and Herzegovina and prove that this small country has endless potential for adventure. 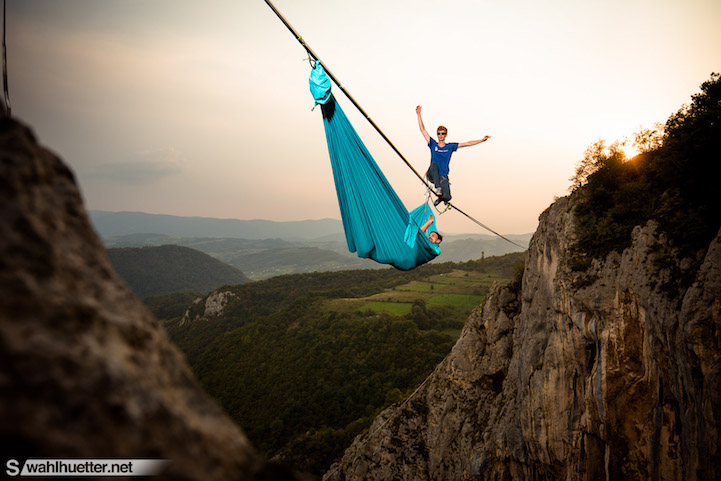 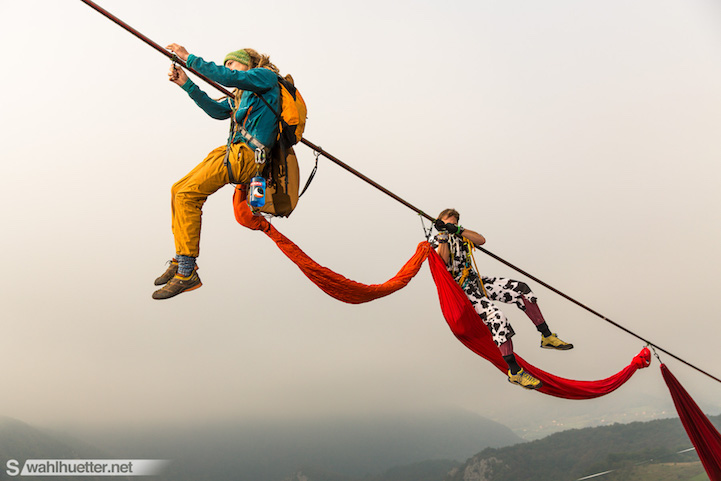 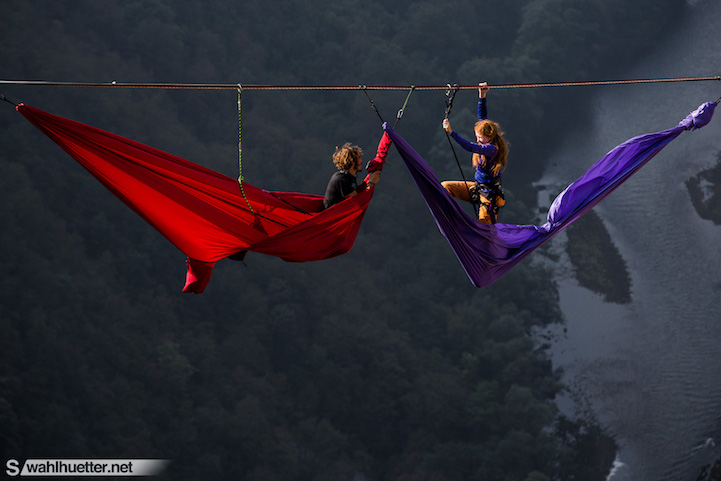 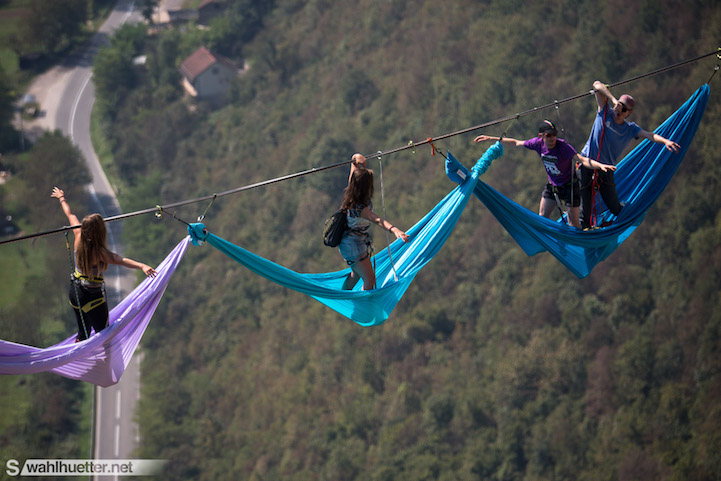 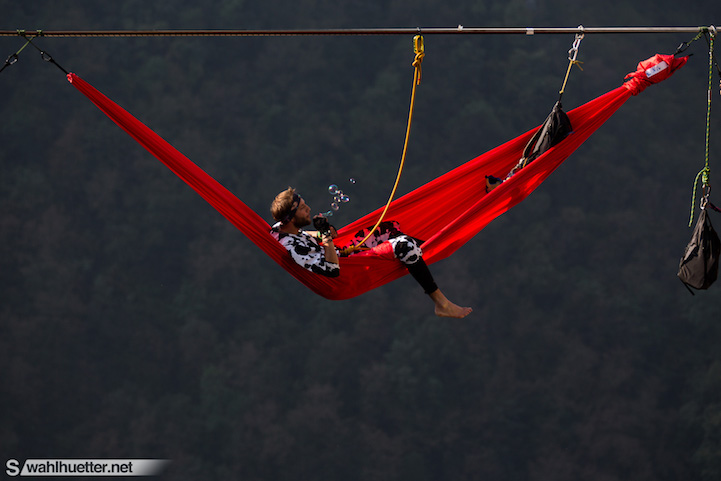 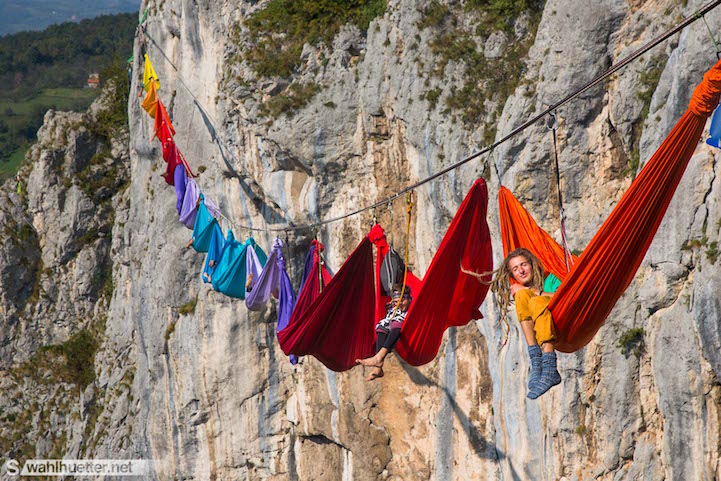 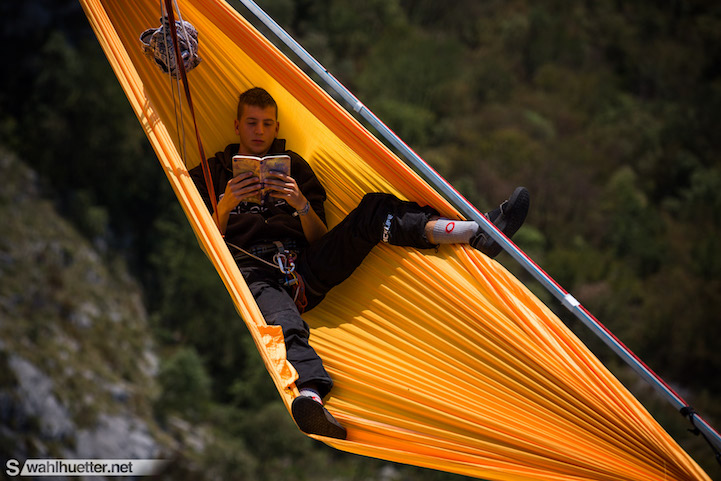 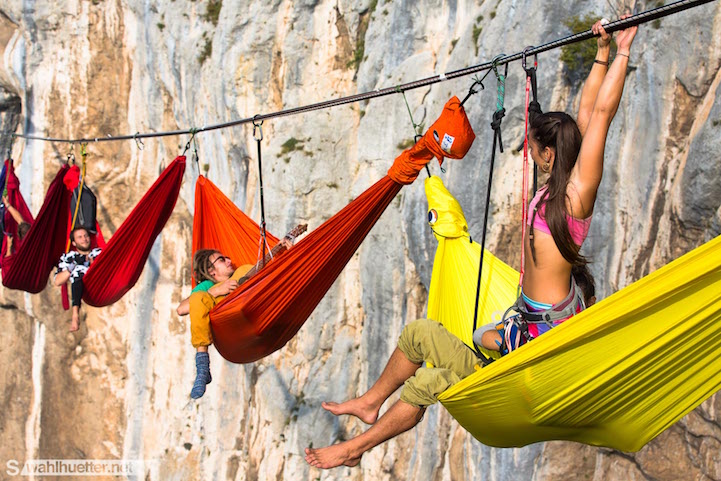 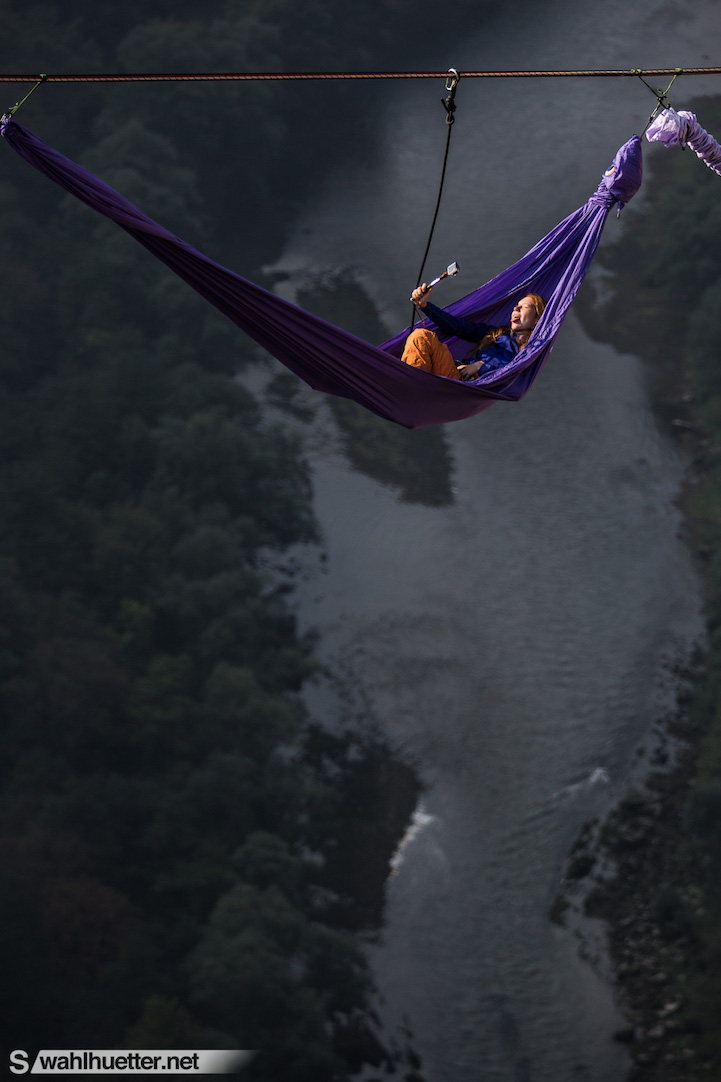 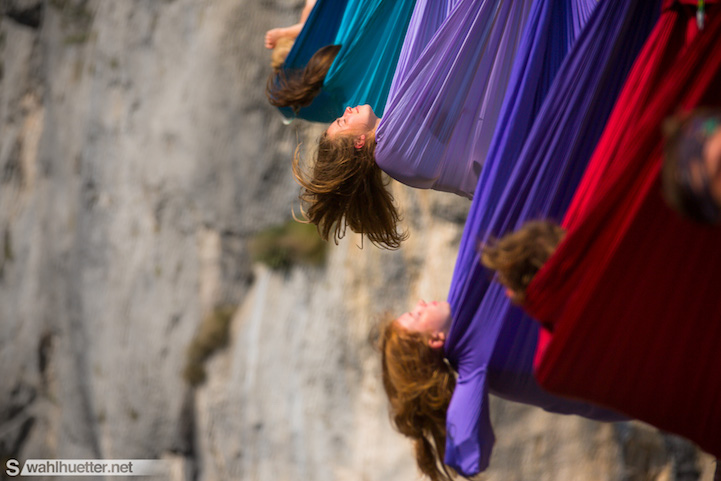 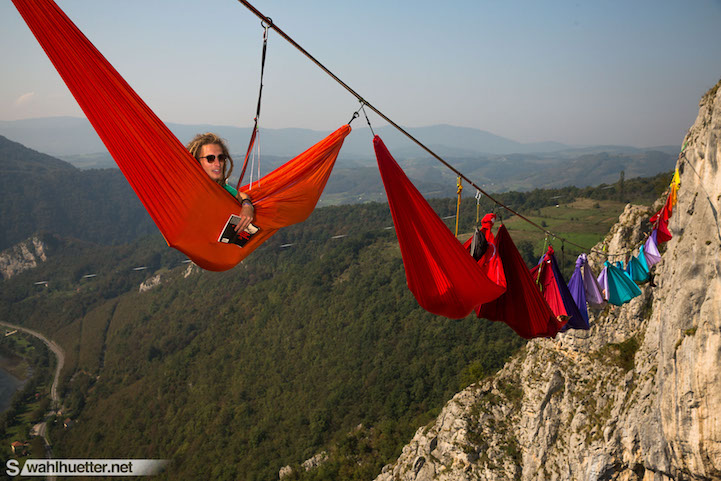 My Modern Met granted permission to use photos.