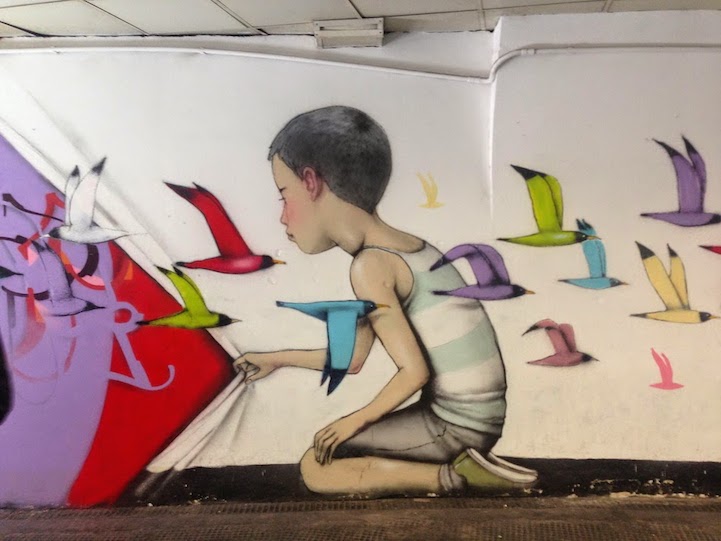 French street artist Seth Globepainter, known for his colorful and whimsical murals, has unveiled a new series of indoor paintings in Rome. The imaginative murals, which decorate the walls of the Piazza Di Spagna metro station, were created for the Urban Legends exhibition at MACRO Museum. Daily commuters can now feast their eyes on Globepainter's signature rainbow color palette and manipulation of space.

In one mural, a young boy kneels on the ground, caught in the action of drawing back the curtain of the station wall. A rainbow-striped background is revealed, from which emerges a flock of colorful birds. In another painting, a girl is portrayed being sucked into a technicolor vortex that stretches from the wall to the ceiling. Both works engage playfully with their surroundings, creating intriguing illusions that are not only visually stunning, but also raise questions about layers of reality and perceptions of space. 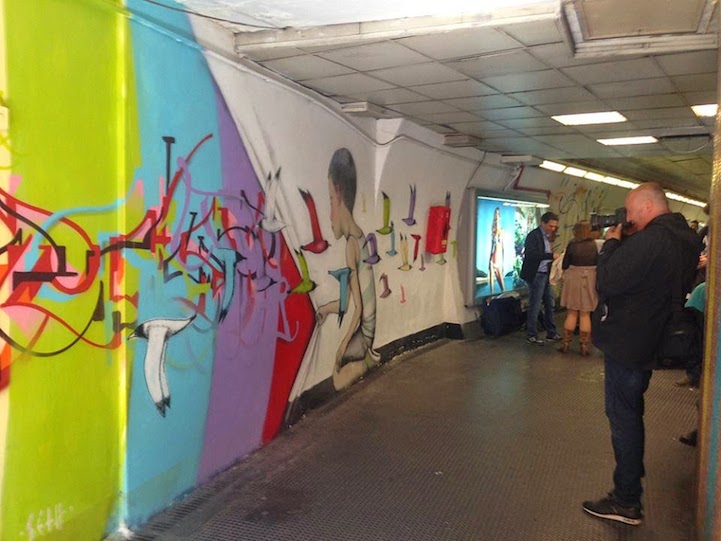 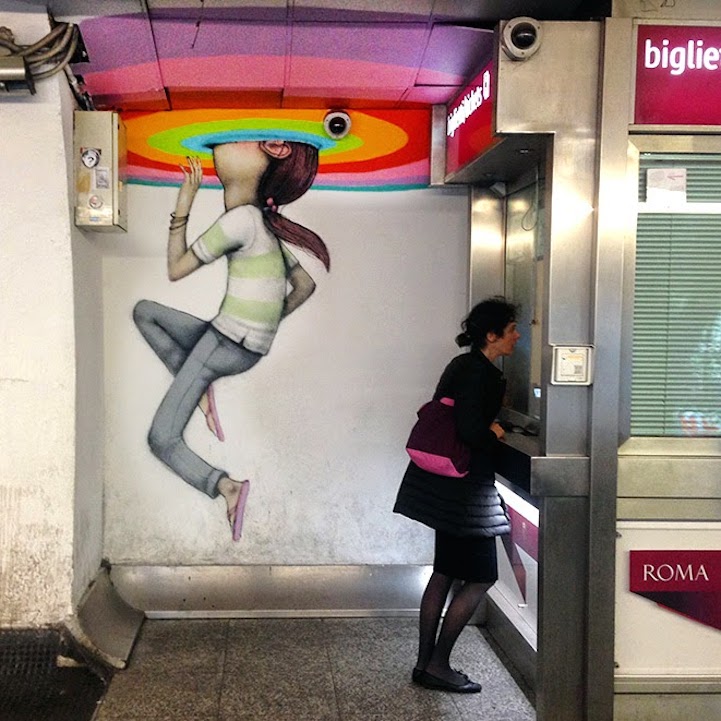 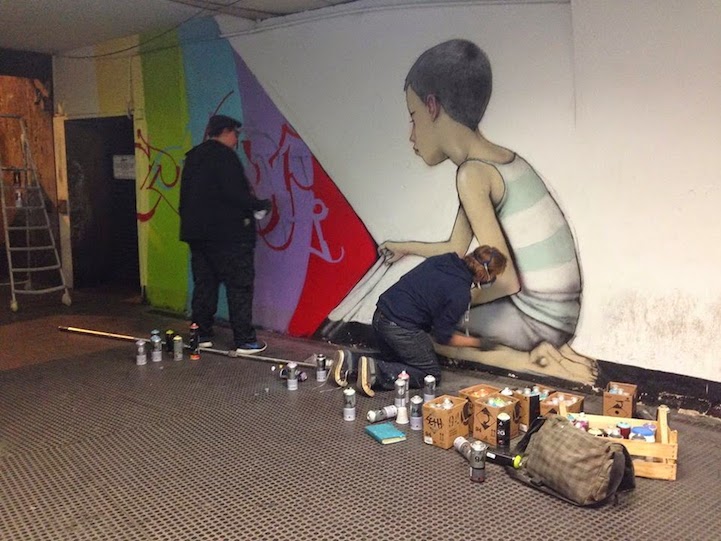 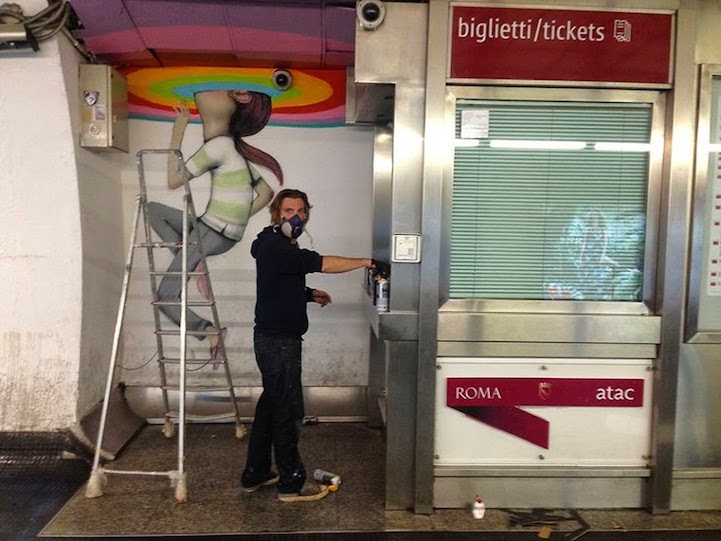