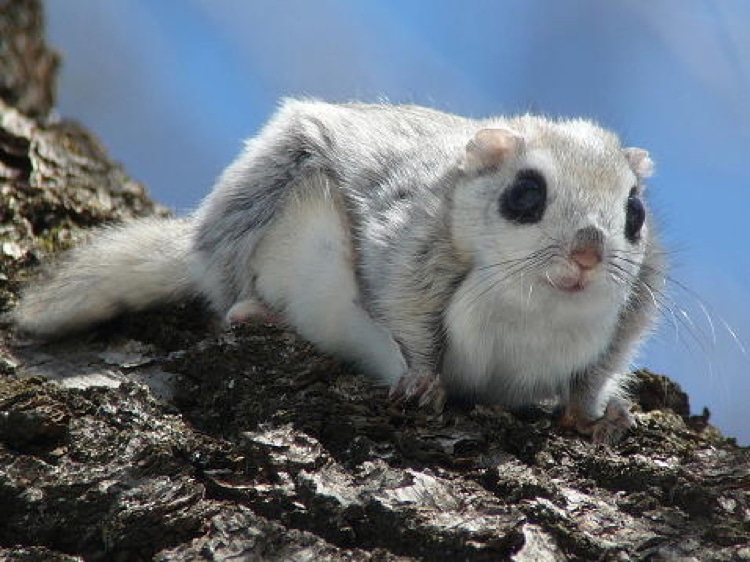 Japan is filled with cute critters, but these pint-sized squirrels are at the top of the list. The Japanese dwarf flying squirrel and Siberian flying squirrel are known for their big eyes, small stature, and overall adorable appearance. In fact, they're so popular in Japan that they're even used as the design on Sapporo's metro card.

The Japanese dwarf flying squirrel (Pteromys momonga) is only found on Japan's Honshu and Kyushu islands. Living in sub-alpine forests and boreal evergreen forests, these nocturnal animals blend into the trees with their coloring. With their body measuring up to 20 centimeters and their tail growing up to 14 centimeters, their small size can make them hard to spot.

Though the name might confuse you, these squirrels don't fly. Instead, they use a membrane called the patagium to glide from tree to tree. Feasting on seeds, fruit, tree leaves, buds, and bark, these squirrels forage at night and spend their days tucked into the holes of trees. These rodents only mate once or twice a year, but their population is abundant and the IUCN has it listed as an animal of “Least Concern.”

But this isn't the only Old World flying squirrel that lives in Japan. At the other end of the country, on the northern island of Hokkaido lives the Siberian flying squirrel (Pteromys volans). Known locally as Ezo momonga, they're about the same size as the Japanese dwarf flying squirrel. However, their coloring is gray all over, as opposed to brown.

While in Japan the Siberian flying squirrel is limited to Hokkaido, the species as a whole has a range that runs from the Baltic Sea to Siberia. The species is old enough that it found itself in Japan back when the country was joined to Siberia. Eventually, as the countries broke apart, it was isolated in Hokkaido.

These adorable critters are also fairly nocturnal, though occasionally females and the young will go out for food during the day. They love using woodpecker holes as their nesting spots and then gliding from tree to tree in order to find nuts, berries, seeds, and cones.

Though they're tiny, their cute, cartoonish features have made them favorites in Japan. In fact, both species are flourishing in their habitats. 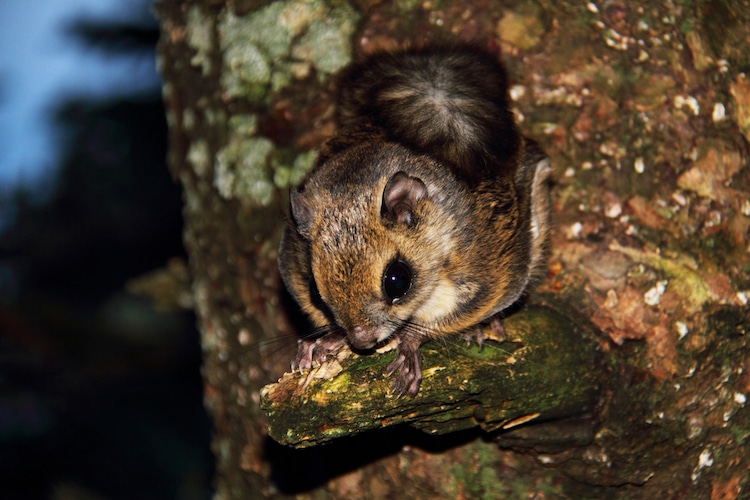 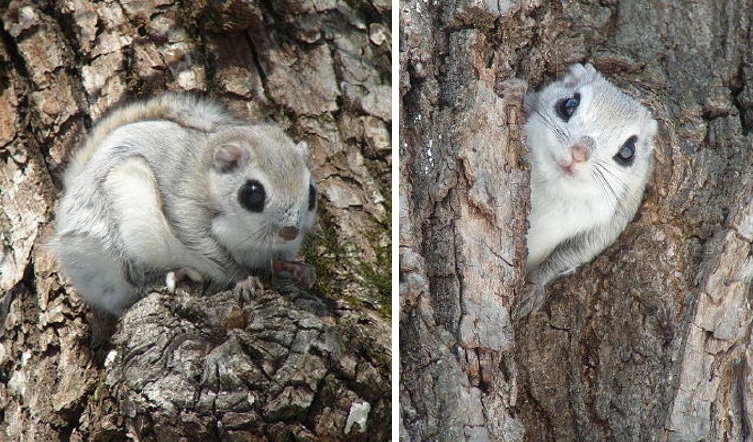 Also known as Ezo momonga, the Siberian flying squirrel is only found on one island in Japan.

Aren't they adorable? Share
Like My Modern Met on Facebook
Get Our Weekly Newsletter
Become a
My Modern Met Member
As a member, you'll join us in our effort to support the arts.
Become a Member
Explore member benefits