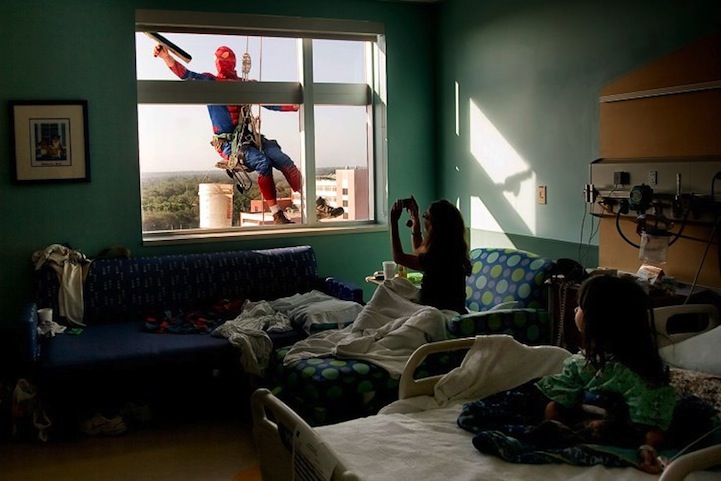 Nobody likes to be in the hospital. It's just not that much fun, especially if the stay is a lengthy one. Three window washers took on the challenge of bringing smiles to every patient's face at Le Bonheur Children's Hospital in Memphis, Tennessee.

According to the news, word quickly spread that there were superheroes descending outside the building, and adults and children alike gathered to wait for Spider-Man or Captain America to appear. The three men behind the exciting surprise were Steve Oszaniec, his son Danny Oszaniec and Jordan Emerson, who all work for commercial window cleaning company, American National Skyline. (Two donned Spider-Man outfits and one wore the Captain America costume.)

The men spent four hours visiting windows and spraying silly string at the kids, who, for a brief while, were able to forget about their troubles and just enjoy themselves. According to hospital spokeswoman Sara Burnett, this kind of distraction therapy really helps kids heal because they are able to get their minds off of the pain. Oszaniec says, “We just went there, put them [the costumes] on and went up. They [hospital staff] brought a lot of the kids to the little family room there so they could see us. It was unbelievable. They just totally forgot they were sick for a minute. They were just ecstatic about it.” (Last two photos and video in this post.)

A similar event happened just recently, on January 10, at All Children's Hospital in St. Petersburg, Florida. Window washers from Clearwater's High Rise Window Cleaners got dressed up in Spider-Man costumes and then made several trips from the top of the building to the ground, washing windows and waving at ecstatic patients along the way. (First three photos in this post.) As the hospital states, “There were actually three Spider-Men on the job and their high-rise moves were the hands-down hit of the day.”

What heartwarming and inspirational tales of real life superheroes! 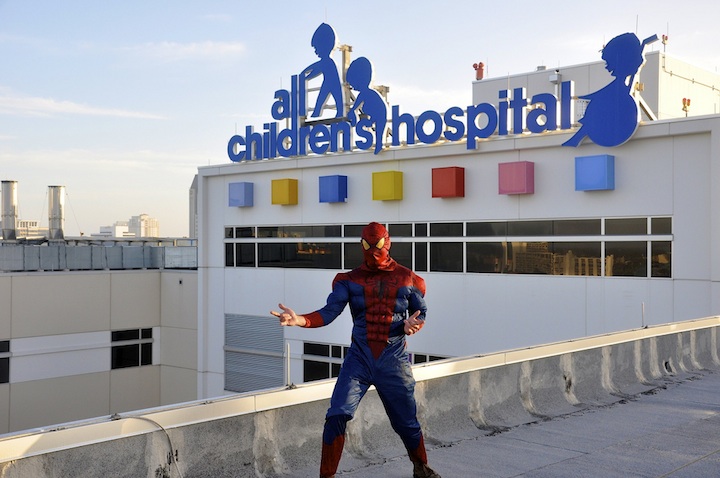 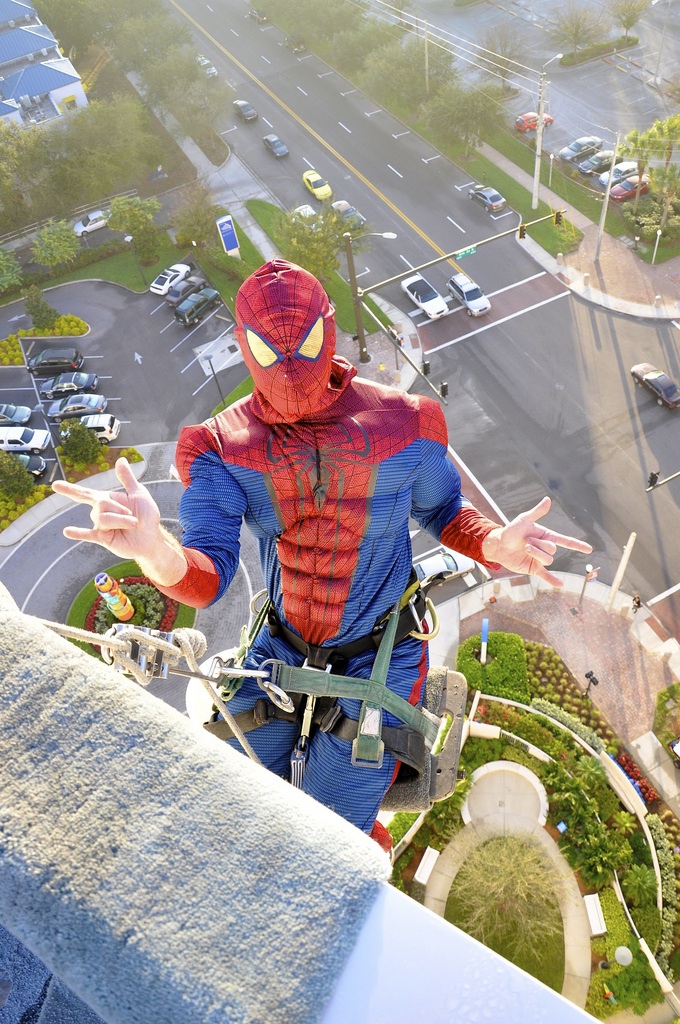 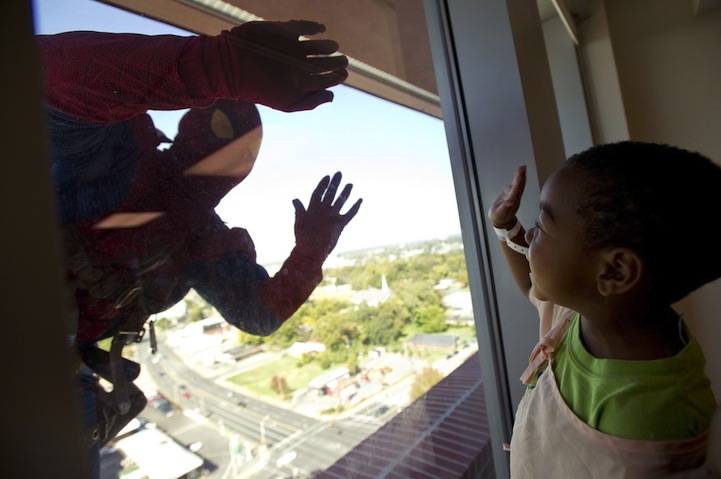 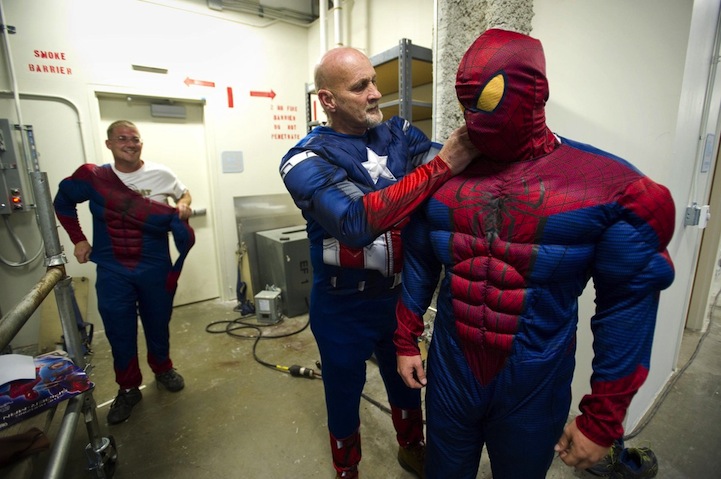