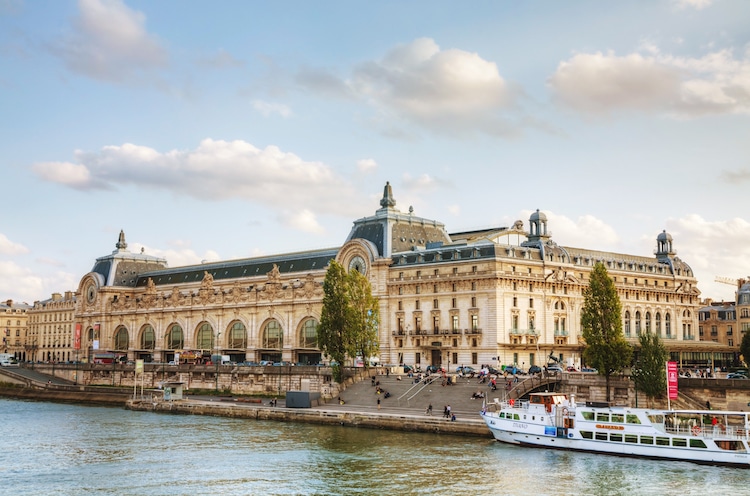 For centuries, Paris has served as a quintessential creative hub. Attracting Bohemians and bon vivants alike, its thriving art scene is typified by a host of museums, including the famed Musée d'Orsay.

With an emphasis on French art from the mid-19th to the early 20th century, the Musée d'Orsay features some of the world's most studied and celebrated masterpieces. In addition to its renowned collection, however, the museum is also known for its architectural history, as the opulent space originally operated as a train station.

For this reason, the building itself is often considered “the first ‘work of art' in the Musee d'Orsay.”

In 1900, the Orleans railway company transformed a plot of land on the banks of Paris' Seine River into the Gare d'Orsay (“Orsay Station”). Formerly occupied by the Palais d'Orsay—a building erected under Napoleon and destroyed in 1871 by the Paris Commune, a radical and revolutionary government—this centrally located site was the perfect place to build a bustling train station. 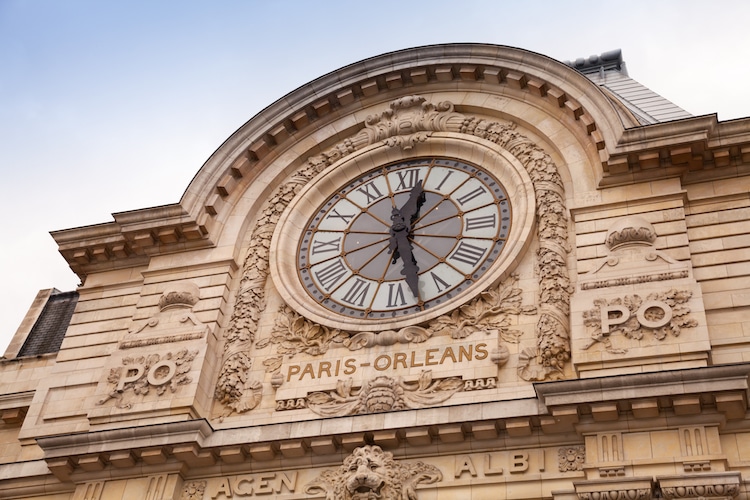 Designed by French architects Émile Bénard, Victor Laloux, and Lucien Magne during Paris' Belle Époque, the Gare d'Orsay paired a beautiful Beaux-Arts aesthetic with top-of-the-line technologies. These included elevators and escalators, luggage ramps, and electrified tracks. Given its modernity, the station's debut was planned to coincide with the 1900 Paris Exposition. This world's fair was held to highlight the innovations and inventions that were transforming the world at the turn of the century.

Following this event, the Gare d'Orsay served as the terminus for railways out of southwestern France for nearly four decades. By 1939, however, its platforms proved to be too short for newer, longer trains, and it gradually stopped operating as a train station. For much the 20th century, it served a variety of purposes, from a stint as a hotel to serving as a reception center for freed prisoners during World War II.

Finally, in 1977, the government decided to convert the under-appreciated space into a museum. ACT Architecture was selected to carry out the project, which “would respect Laloux's architecture while nonetheless reinterpreting it according to its new function” (the Musée d'Orsay). Retaining the station's signature look—characterized by its glass roof, airy, arched hall, and monumental clocks—the Musée d'Orsay opened in 1986. 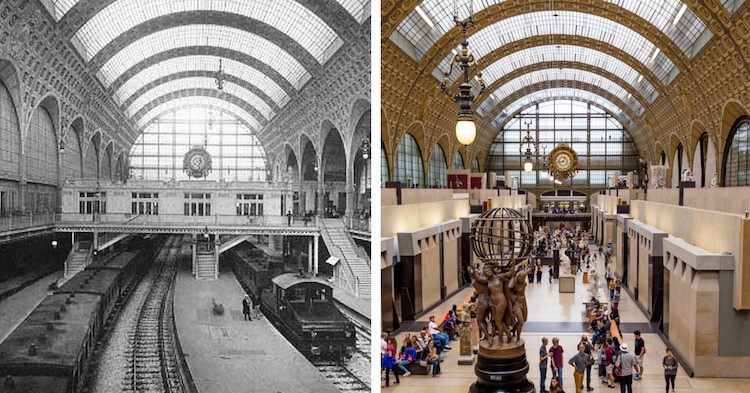 Since making its grand debut, the museum has built a renowned collection of art that spans painting, sculpture, photography, and decorative art. Exhibition space is creatively distributed around the unusual museum, which comprises four main levels. 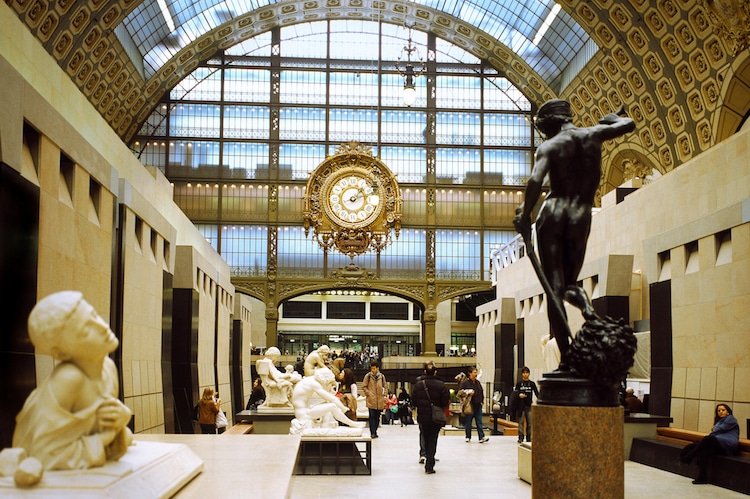 Art produced between 1848 to the early 1870s can be found on the ground floor. The majority of the museum's sculpture collection is exhibited in the central hall, while Pre-Impressionist pieces—including paintings by Gustave Courbet—and furniture are featured in the adjacent galleries.

On the next level, paintings and pastels from Central and Northern Europe, England, and the United States are exhibited alongside Art Nouveau decorative objects. Highlights include works by Austrian painter Gustav Klimt and Norwegian artist Edvard Munch.

The next étage, or floor, exhibits work by Post-Impressionist artists like Paul Gauguin, Vincent Van Gogh, Henri de Toulouse-Lautrec, and Paul Seurat. This floor also has a terrace that features pieces by Auguste Rodin and other sculptors. These three-dimensional works have been curated to be “in a dialogue with the Post-Impressionist paintings.” 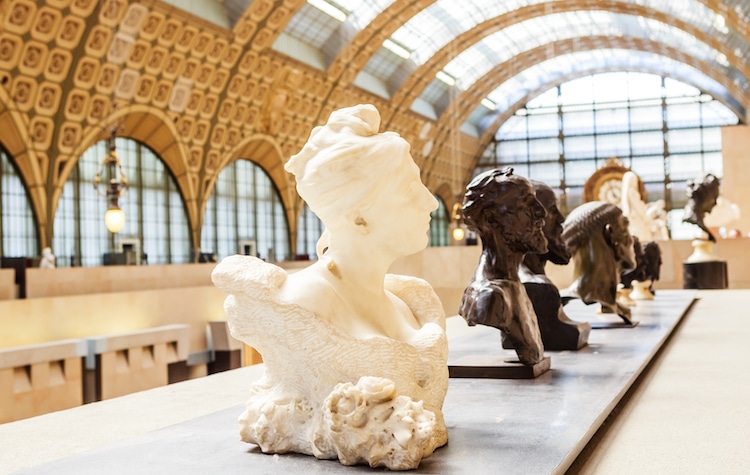 The top floor of the museum houses its most famous artwork: its Impressionist paintings. As the largest collection of Impressionism in the world, it features several of the movement's most important masterpieces, including Bal du Moulin de la Galette by Pierre-Auguste Renoir, London, Houses of Parliament by Claude Monet, and Edgar Degas' The Little Dancer. 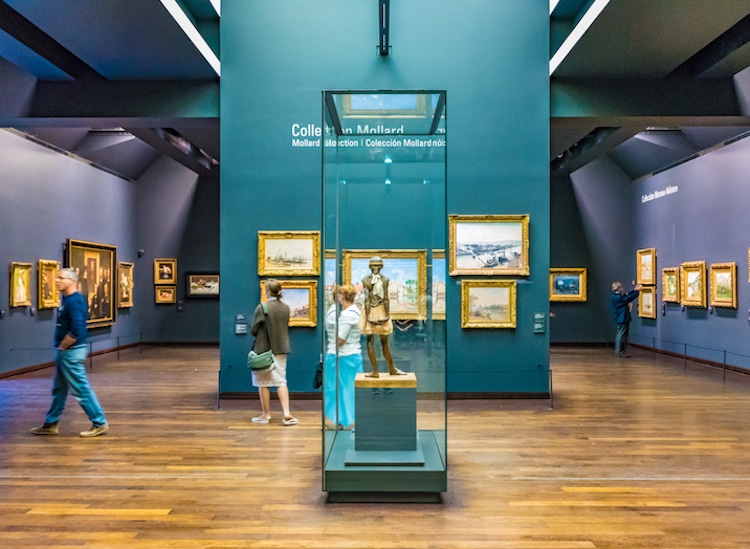 While the artwork is center stage, this level is also home to another museum highlight: its famous clock windows. Initially intended to help commuters keep track of the time, these windows hark back to the building's days as a train station. Today, one can be found at each end of the top floor, framing the Impressionist collection and offering museum visitors unbeatable panoramics of Paris. 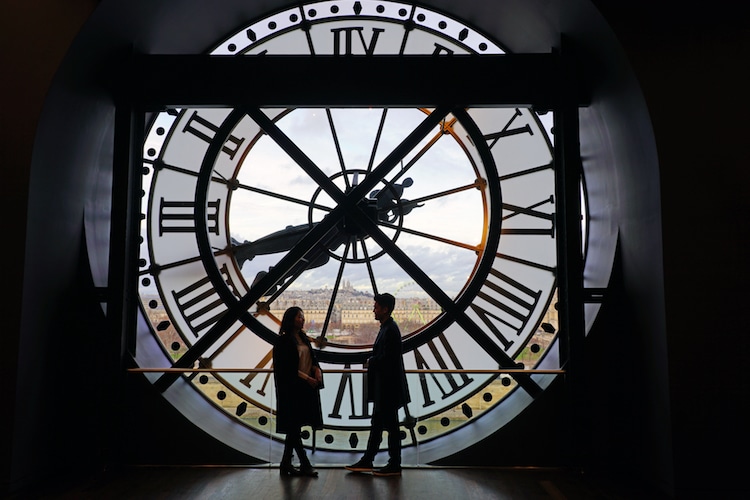 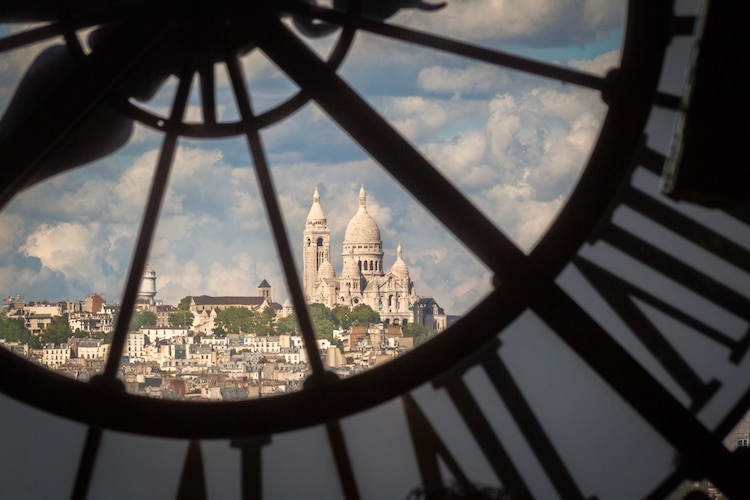 When paired with its fascinating history and, of course, its world-class art collection, touches like these make the Musée d'Orsay one of the most visited museums in Paris—and one of the most celebrated cultural sites on earth. 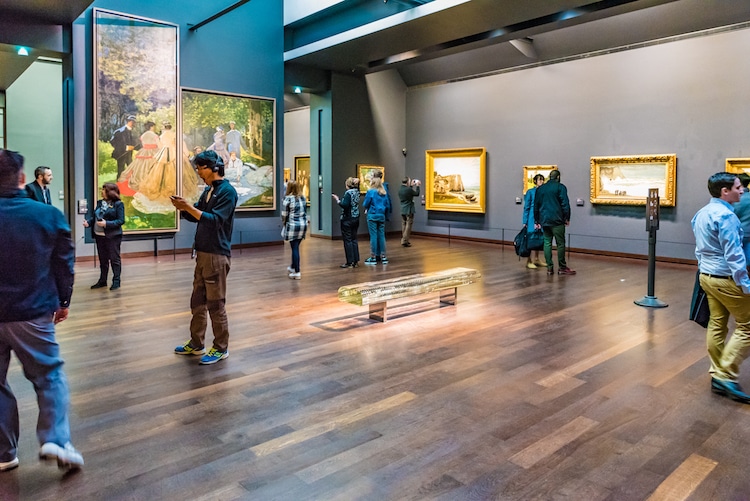