In her new solo show, Stranger Than Earth, artist Redd Walitzki showcases her memorable and meaningful approach to portraiture. Featuring the female figure and intended as commentary on climate change, the pieces that compose the exhibition serve as both stunning surrealist portrayals and as whimsical works of activist art.

Each enchanting painting incorporates a range of unexpected influences extracted from Walitzki’s own experiences. Born in Bavaria and based in Seattle, she has encountered and absorbed an array of artistic inspirations, from the swirling silhouettes of Rococo ornamentation to the “lush surroundings of her home in the Pacific Northwest.” By coupling these seemingly contrasting aesthetics, Walitzki is able to produce paintings that are undeniably fanciful yet rooted in realism.

In anticipation of her Stranger Than Earth exhibition, we spoke to Walitzki about her striking series of portraits. Below, she shares information about her distinctive practice, from her unique artistic muses to her strong feminist focus. On the surface, the surreal portraits that compose Stranger Than Earth appear to be rooted entirely in fantasy. However, each piece actually addresses climate change. What made you decide to tackle this issue in your paintings?

Even though the images appear fantastic, each of these paintings is actually based on a photo-reference taken in a real location. This is the first time my paintings have included backgrounds (usually I paint from portraits shot in the studio, and the backgrounds behind the portraits are abstract paint textures. When setting out to incorporate landscape elements, I chose places that are otherworldly and unique. But as the work progressed, I came to see just how much climate change is having an impact on each of these environments. When contrasted with my alien explorers, the message about a changing Earth began to emerge. The moment it really clicked was during the photoshoot on the shores of Jokusarlon (the lagoon in Iceland). While on a tour across the glacial lagoon, our guides told us that the glacial lake there has only existed since the 20th century. The stunning icebergs you see drifting out to sea are from the ice slowly melting away, and in 50 years (within many of our lifetimes), the entire glacier will likely be gone. I’ve never witnessed that type of change so dramatically before, and it reshaped how I thought both about climate change and about these paintings. Is all of your work similarly conceptual in nature, or is this series unique?

My work is often based on concepts taken from scientific or mythological subjects that interest me at the time. But this series is unique in how firmly the concept runs through every piece, and that’s definitely something I want to pursue more! The conceptual basis for the work is like solving a complex riddle while I’m working on it, and hopefully in the end some of it comes across to the audience while still leaving room for further ideas and interpretation.

The aesthetic behind the works is described as pairing “the romanticism of high-fashion with a science fiction edge.” What inspired you to combine these dissimilar themes in your work, and how do you find a balance between them?

I’m drawn to combining these themes because, to me, they do share a common thread. Many of the fashion designers and editorial photographers that inspire me have an avant-garde/futuristic element to their work, like Alexander McQueen, Iris Van Herpen, and Nick Knight. Often we think of science fiction as inherently “masculine” or “hard,” so playing with a different version of it was an interesting challenge. I wanted these fashion aliens and explorers to feel epic and powerful, yet retain a degree of femininity.

By playing with colors that are harmonious with their surroundings and creating gowns out of man-made materials like mylar and plastic sheeting, my aim was to make them equally at home in both aesthetics, all the while drawing inspiration from classical painting compositions. Similarly, have any other motifs or aesthetics inspired this series?

Accounts of 19th century explorers also inspired some of the initial ideas for the work; it seemed interesting to do a fantasy interpretation of what an “explorer” could be. That’s where the idea for the way my explorers might “protect” themselves with masks and repellent fabrics came from, too. It’s a surrealist take on survival gear!

While I was working on this series, I was also reading a lot of Aldous Huxley, so thinking about other worlds and altered states also played a role in these pieces. Especially in some of the more fantastical elements like the flower wolf and mirrored masks—those themes are pretty evident! Captivated by these climate change-themed portraits? 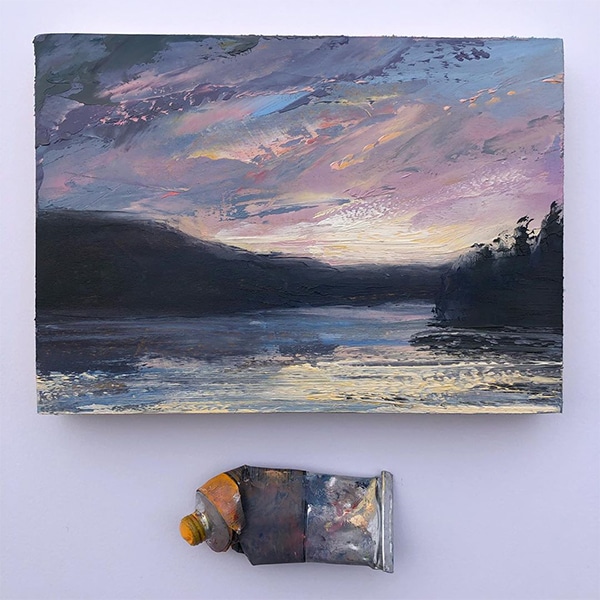 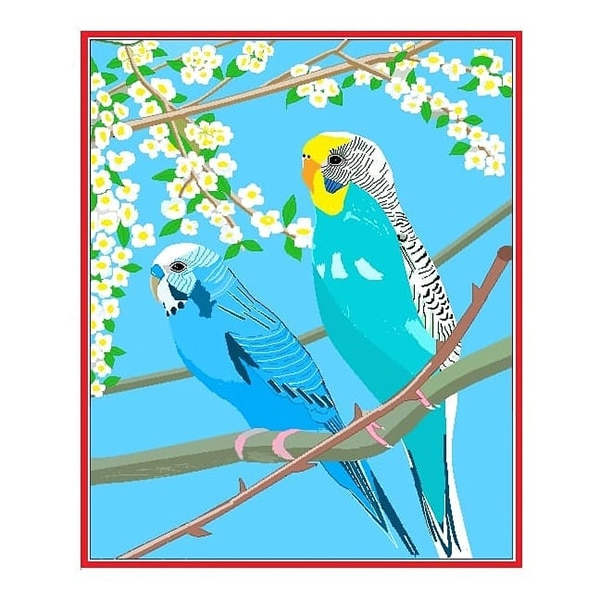