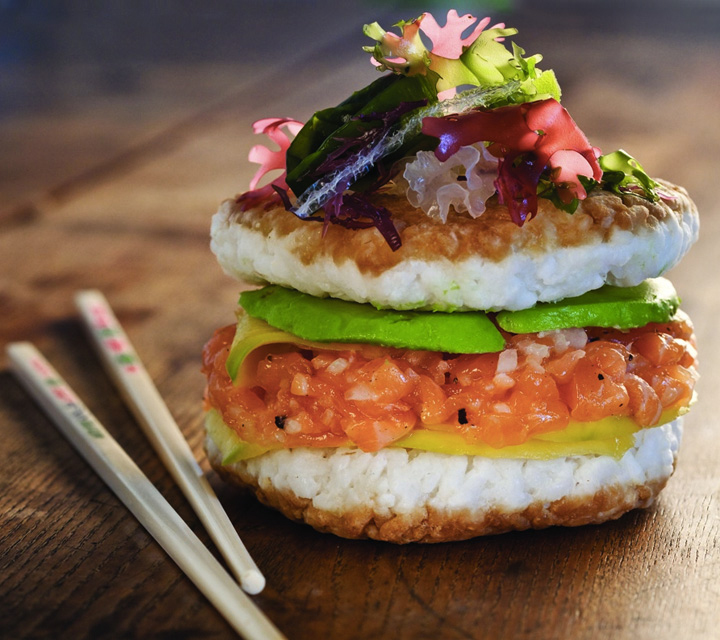 Forget the chopsticks, the newest food sensation takes the fuss out of sushi by serving it burger-style. In this trendy fusion of the iconic American staple and classic Japanese cuisine, sticky rice takes the place of a typical burger bun, served with layers of fish, avocado, and other tasty toppings stacked in between. It puts a hearty, handheld twist on a traditionally dainty delicacy, concocting a more substantial (and more Instagrammable) cousin to a standard sashimi or maki roll.

The sushi burger follows in the footsteps of other viral culinary cross-breeds like the ramen burger and the sushi burrito, coinciding with the rising popularity of photo-worthy street food. Chefs and foodies all across cyberspace have only just begun exploring the possibilities of the edible amalgamation–and there's even a Melbourne-based restaurant dedicated to different variations of the concept, with fillings including cooked tuna, teriyaki salmon, soft shell crab, and more. The potential for creativity is almost boundless, so long as everything fits between two rounds of sticky rice. 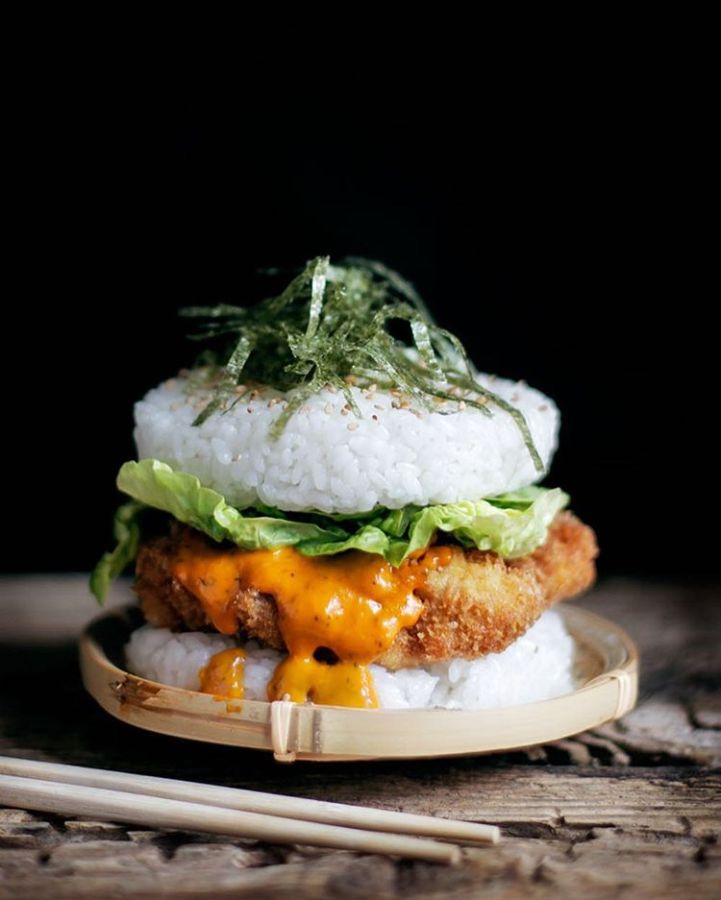 Fried chicken katsu fills the center of this mouthwatering rendition. (Image via @condospallilos) 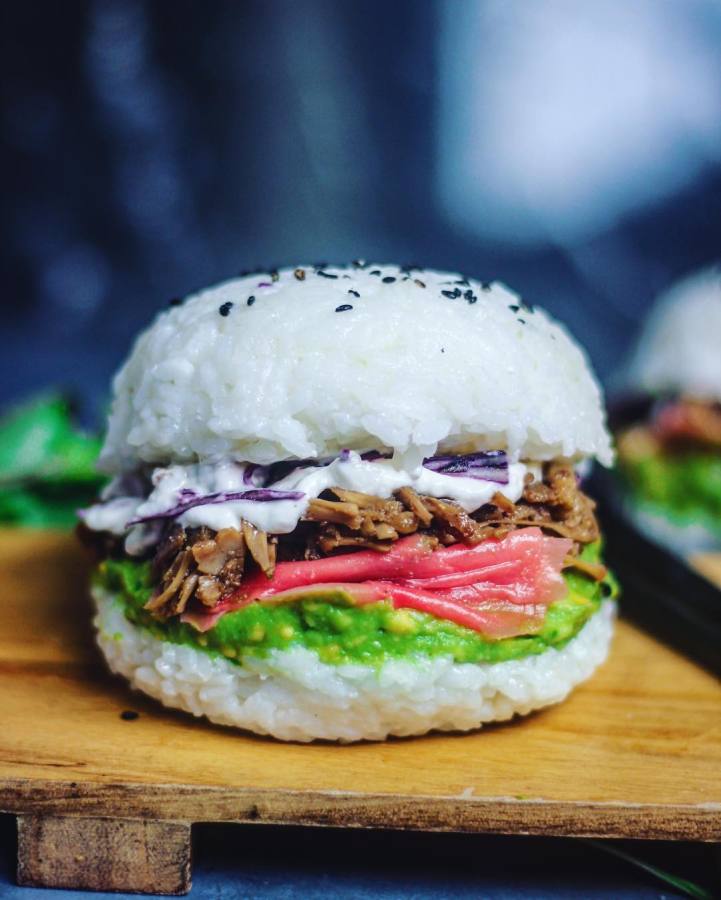 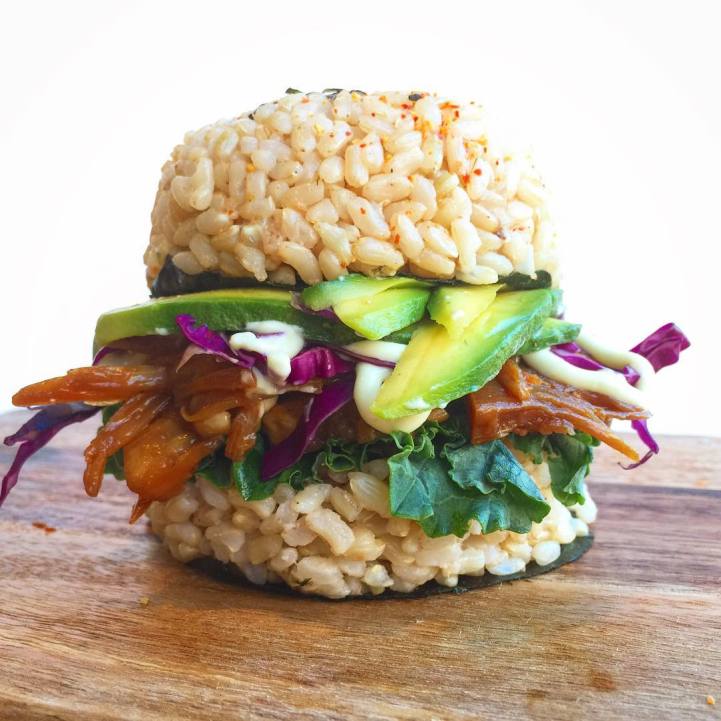 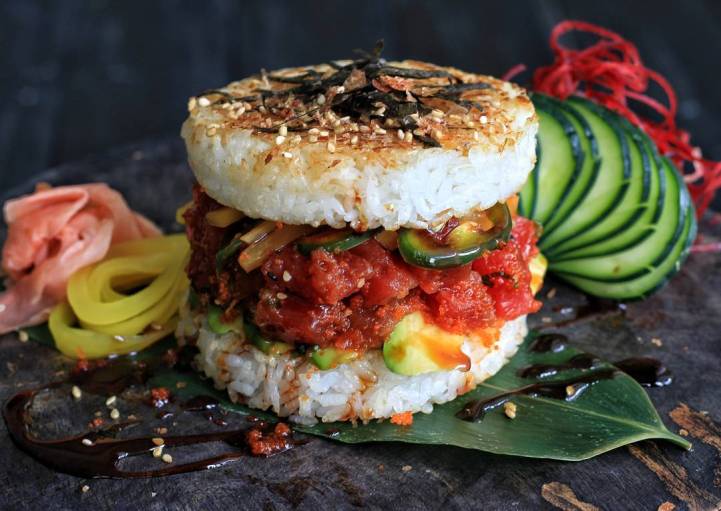 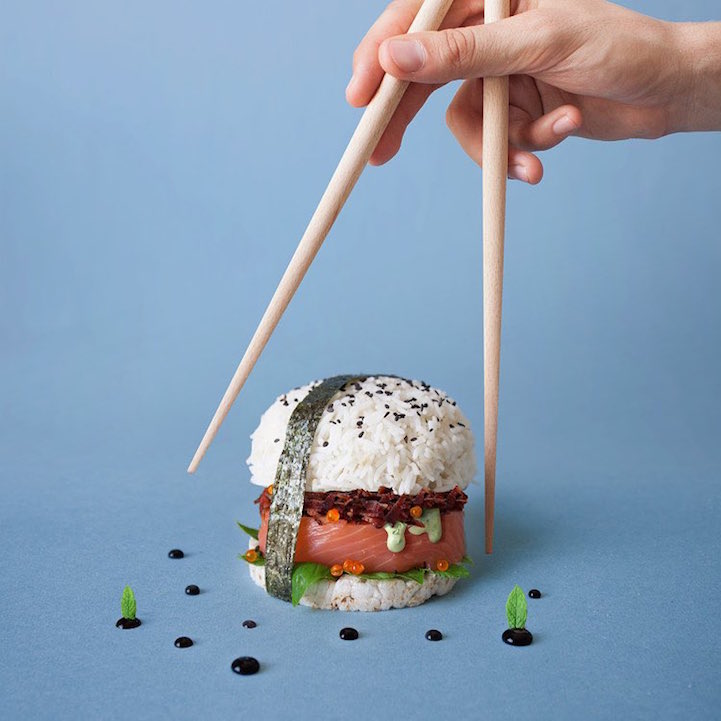 Okay, this one may demand (massive) chopsticks. This sushi burger incorporates raw salmon, smoked bacon, salmon eggs, and a sauce with mint, basil, garlic, and yogurt, plus a sprinkle of black sesame, basil leaves, and balsamic cream. (Image via @fatandfuriousburger) 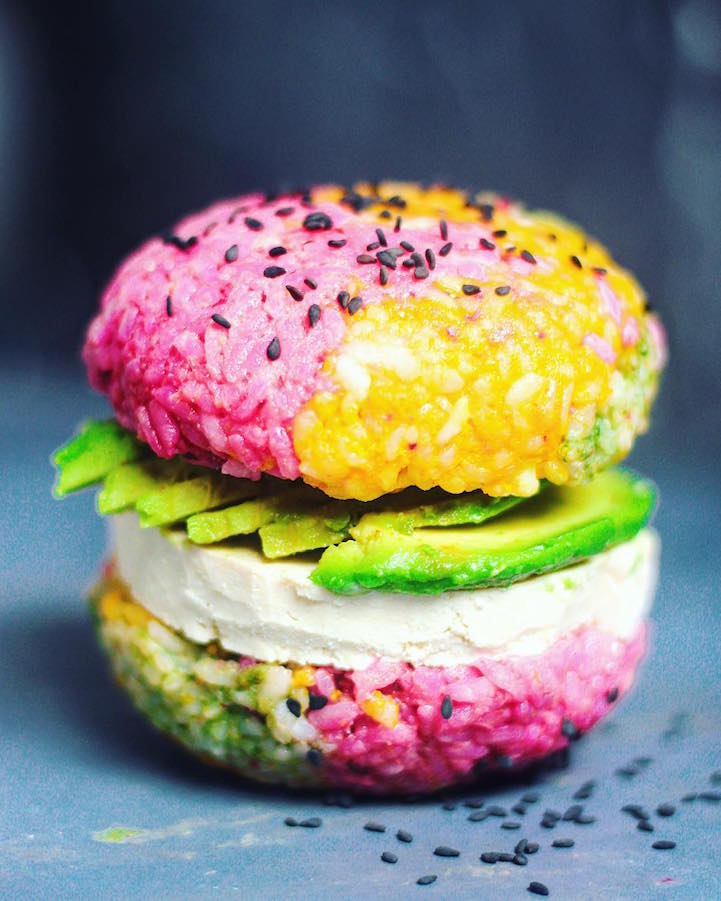 And for anyone stuck in the “rainbow” food trend, this simply psychedelic sushi burger includes vegetable rainbow rice, avocado, and tofu. (Image via @sobeautifullyraw)

via [this isn't happiness]