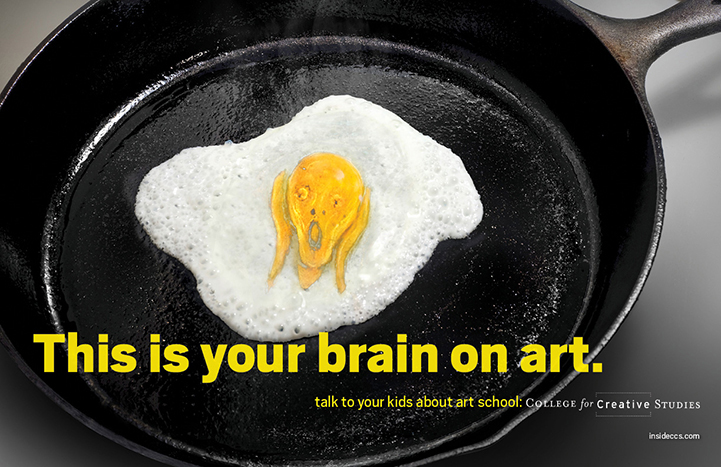 If you grew up in the 80's, you may recall the popular TV advertisement in which the effects of drugs on your brain were compared to the effects of a hot pan on an egg – totally fried. The lines from the ad were: “This is your brain. This is your brain on drugs. Any questions?” A classic PSA moment that many people remember, even 25 years later. And, so, when it was time to create an ad campaign for the College for Creative Studies, it's no surprise that Team Detroit decided to design printed posters featuring a parody of this original idea, as well as several other well-known concepts.

Team Detroit is an advertising firm located in, you guessed it, Detroit. When they were approached by the College for Creative Studies to create an ad campaign for the school, the firm decided to not go the typical, technology route, but rather, chose to go with good old fashioned poster designs. In the series, somber faces and hilarious, bright yellow captions immediately capture the viewer's attention and you can't help but smile at the variety of comical spoofs, where parents talk to their kids about the seriousness of…going to art school! The concept was a great success and Team Detroit says, “After we created this series of low-tech posters, something amazing happened. They went viral. People started sharing them though blogs, Facebook and Twitter. People chuckled, then passed them along to their friends. Who knew you could blow up the Internet with a campaign full of print material?”

If you aren't familiar with the Partnership for a Drug-Free America television ad, you can watch the short version of the original ad in the video below.

College for Creative Studies has a hilarious advertising campaign that parodies PSAs from the 1980s. 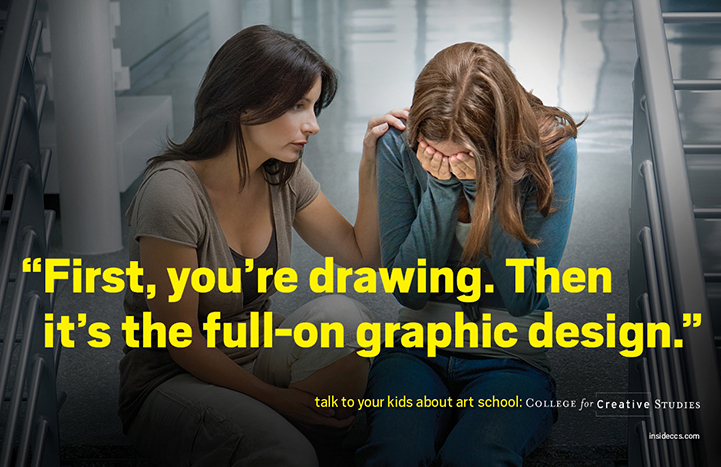 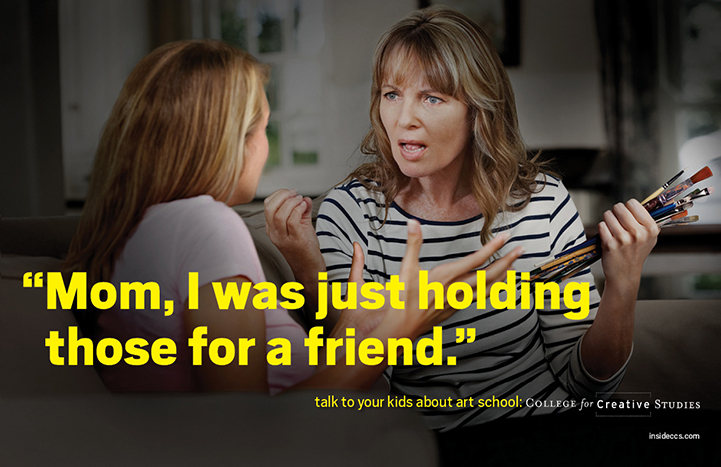 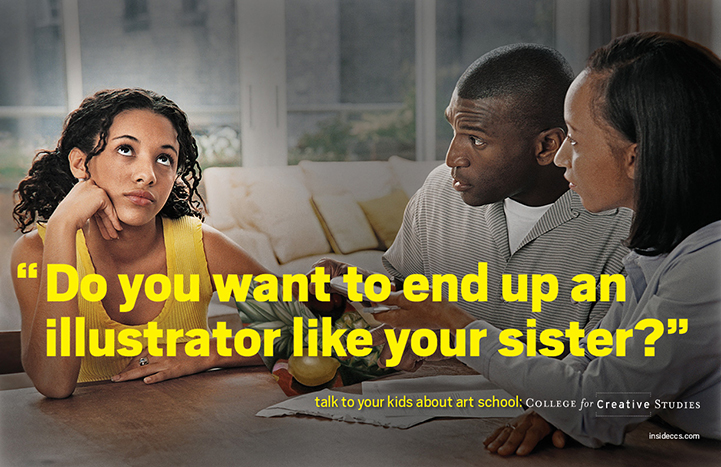 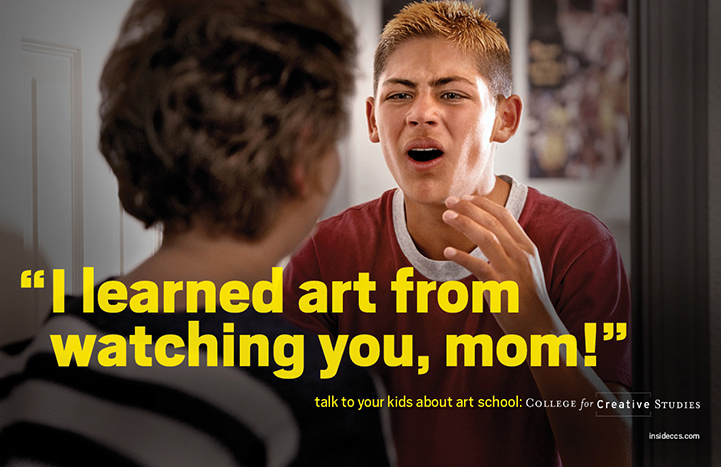 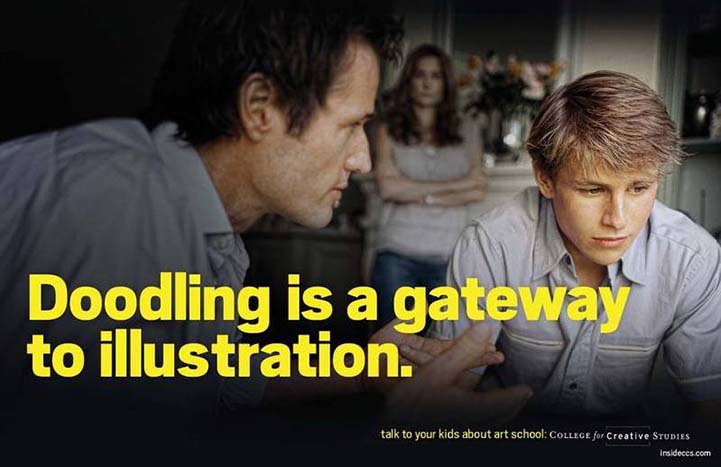 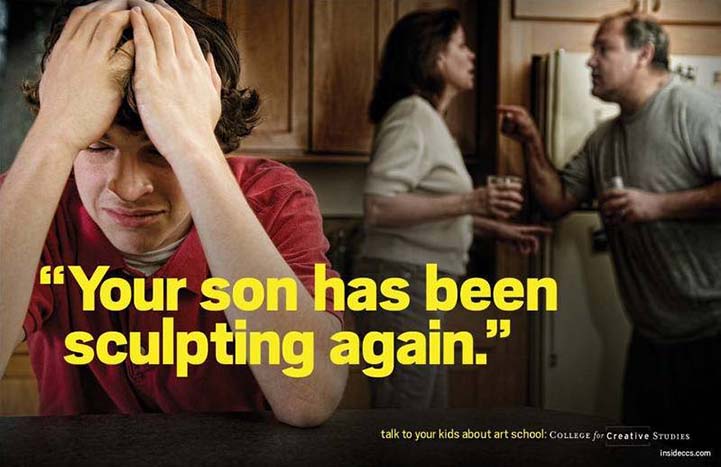 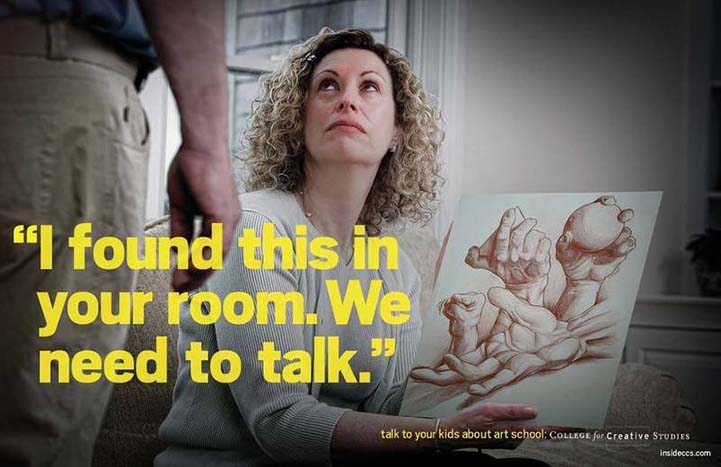 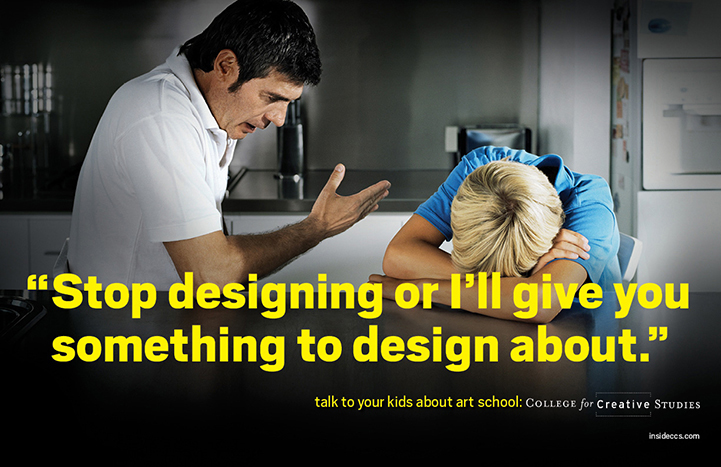 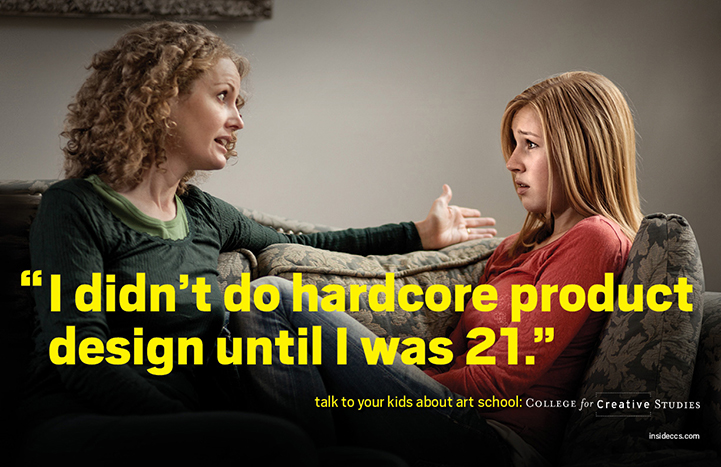 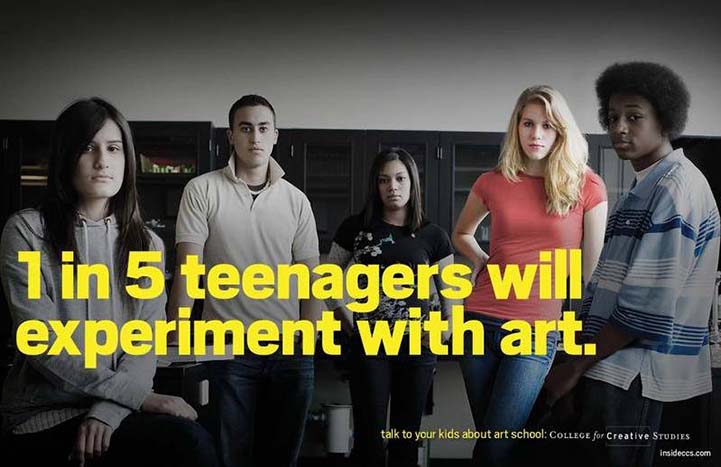 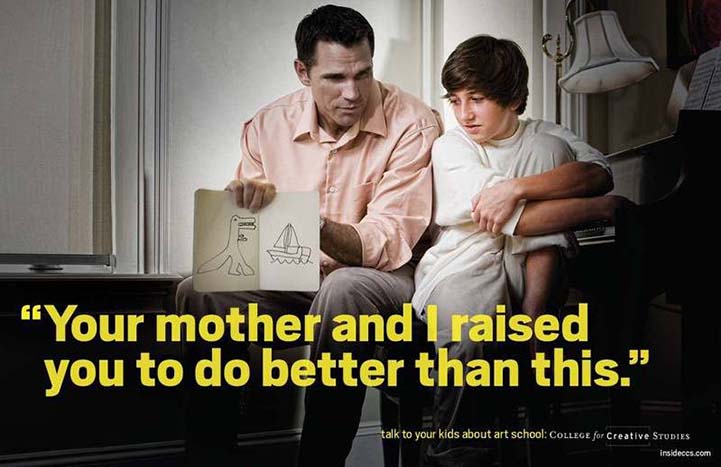