The Last Supper Made of 20,000 Spools of Thread 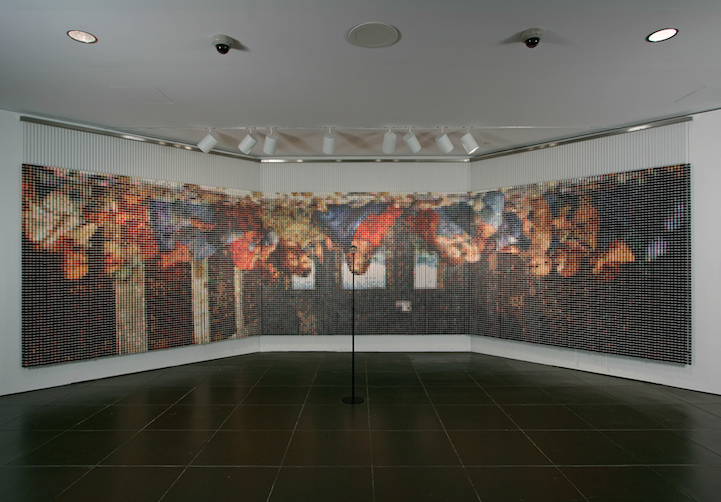 Showing on 11-11-11, at the debut of the brand new Crystal Bridges Museum in Bentonville, Arkansas, is an incredibly impressive work of art created by Devorah Sperber. Using over 20,000 spools of thread, Sperber created “After the Last Supper,” a monumental work that's the life-sized recreation of Leonardo da Vinci's “The Last Supper.”

A viewing sphere, positioned in front of the work, shrinks or condenses the thread spool “pixels” into a recognizable image. 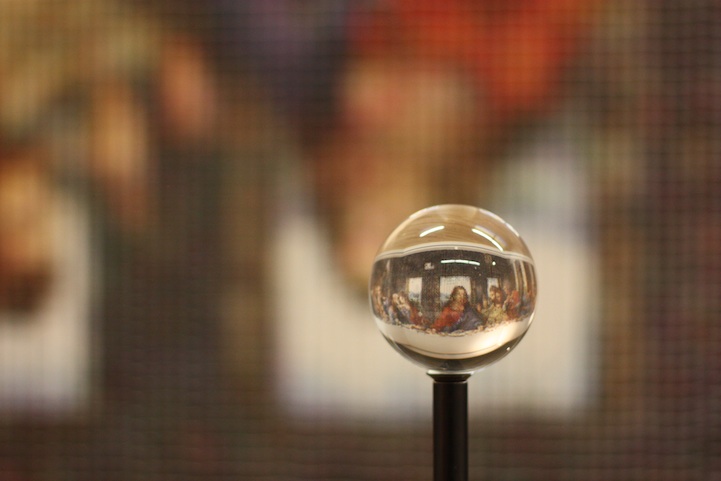 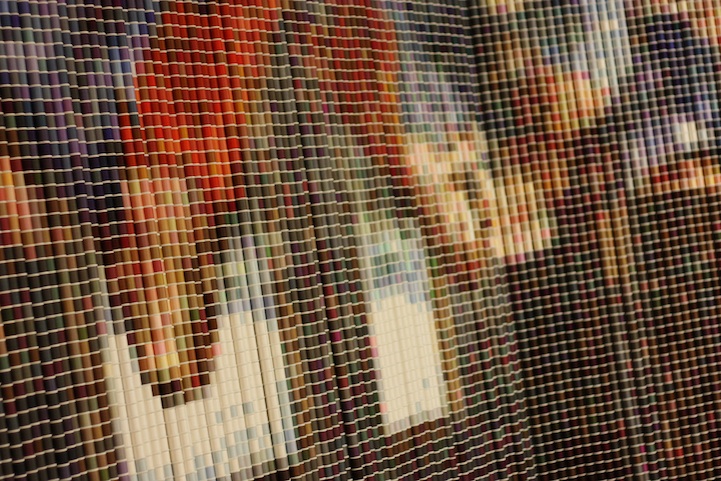 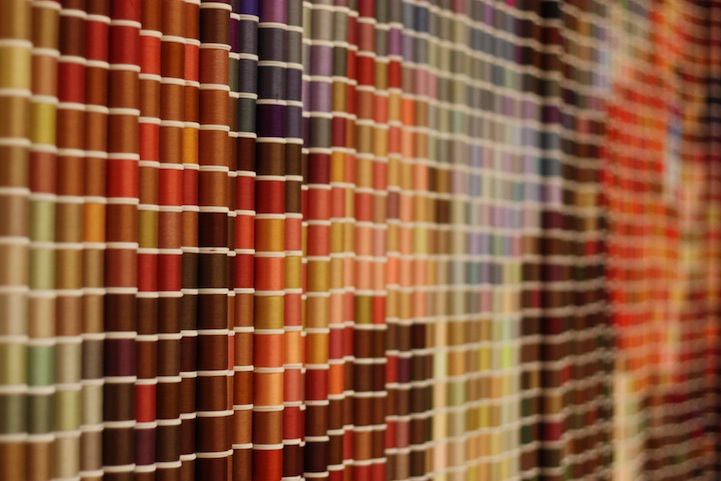 The Crystal Bridges Museum was made by Walmart heiress Alice Walton who, for many years, had a dream of building a world-class museum of American art in her hometown of Bentonville, Arkansas. She is the third-wealthiest woman in the world. Watch a short clip on her and her passion for art that was shown on CBS Sunday Morning.

Also, you can read an interesting article about this new museum at the Huffington Post.

“The Crystal Bridges Museum of American Art is regarded as the nation's most important new art museum in a generation, offering the type of exhibits more commonly found in New York or Los Angeles. But this hall of paintings is taking shape in Bentonville, a community of 35,000 people best known as home of Wal-Mart Stores Inc. headquarters.”

Makes me want to visit.