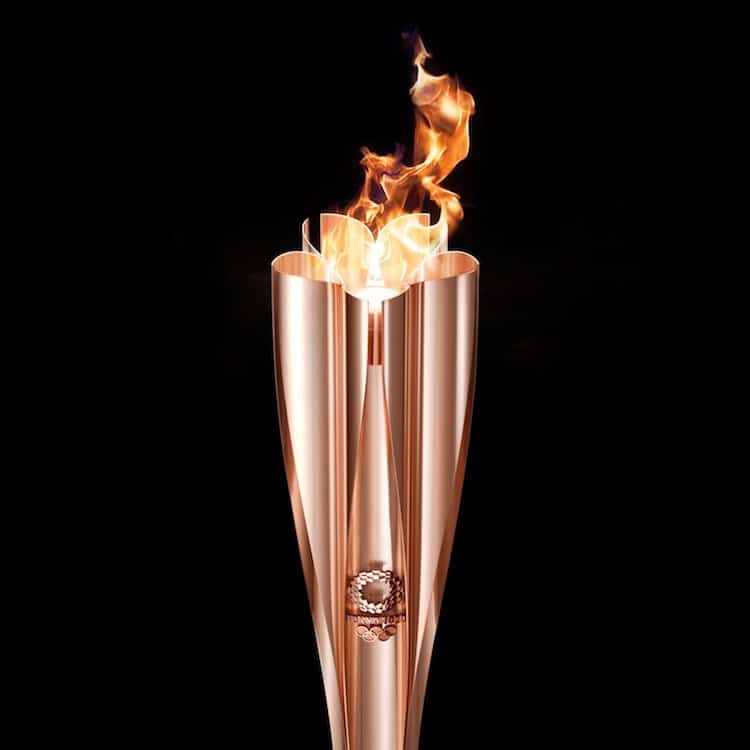 Japan is soon to host the 2020 Olympics in Tokyo, and they’ve just revealed their design for the official Olympics torch. Designed by Tokujin Yoshioka, the beautiful rose gold beacon is made to resemble Japan’s most celebrated national flower: the cherry blossom (or sakura).

Yoshioka incorporated the sakura motif into the design using a single sheet of aluminum metal. In fact, it’s made using the same cutting-edge technology as Japan’s shinkansen bullet trains. Yoshioka also pays homage to the heroic efforts of those who had to rebuild their lives after the devastating earthquake and tsunami in 2011—around 30% of the 71cm-long, 1.2kg torch is made from recycled aluminum that was used for temporary housing units. Yoshioka reveals, “Cherry blossoms drawn by kids in the disaster-hit area inspired me.”

On March 26, 2020, the Tokyo 2020 Olympic Torch Relay will begin in Fukushima and be carried by roughly 80-90 runners for 121 days through Japan’s rich landscape, before igniting the Olympic cauldron (signifying the beginning of the games) at the opening ceremony. A total of 10,000 torches will be produced for the event. According to the committee, “The flame will burn brightly and forcefully through the wide variety of seasons, climatic conditions and geographical regions that make up the Japanese archipelago.”

Japan has recently revealed its official Olympics torch design for the 2020 games in Toyko. 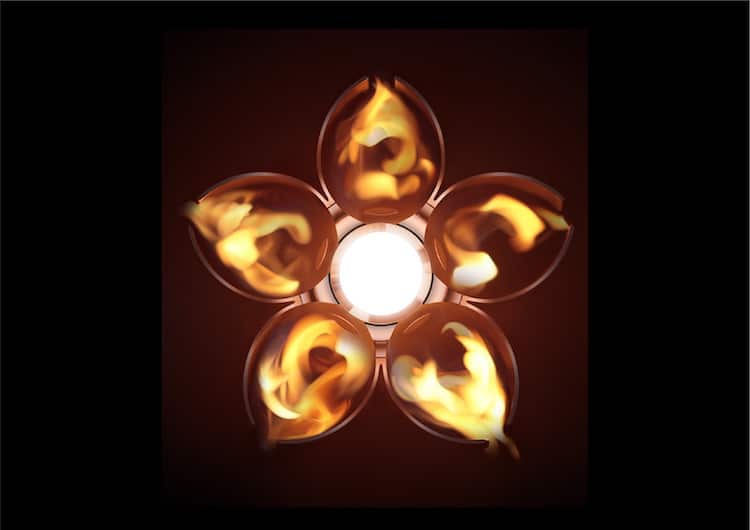 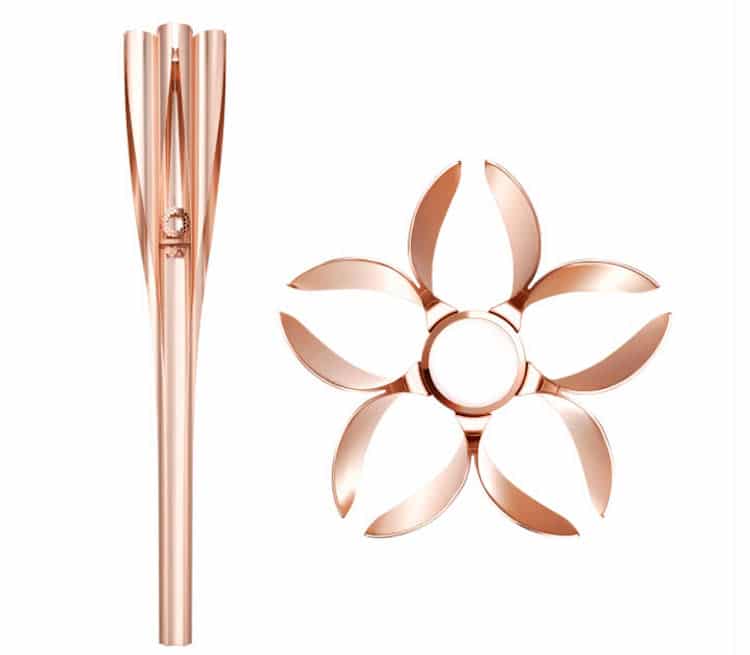 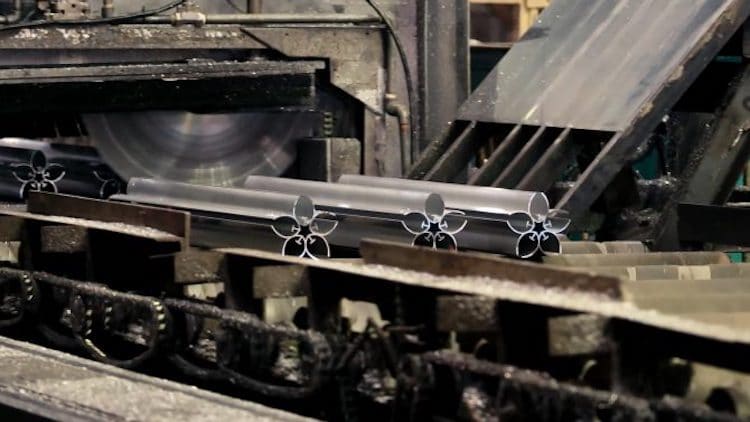