Futuristic Lotus-Shaped City in the Sky 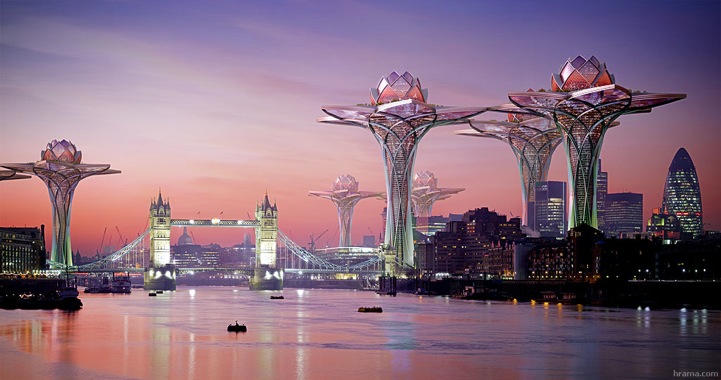 City in the Sky is an architectural design concept for, as its title suggests, a city in the sky. According to Bulgaria-born, London-based architect Tsvetan Toshkov, the project is “about an imaginary tranquil oasis above the mega developed and polluted city where one can escape from the everyday noise, stress and dirt.” The aerial escapes are meant to soar high above our tallest skyscrapers.

The visual model uses New York City as a sample backdrop for the towering structures that resemble lotus flowers. Toshkov admits that the concept “is inspired by the Lotus flower which is known for its ability to emerge above the murky waters pure and clean.” Symbolically, the sky-scraping getaways represent a sort of utopia. The open expanse on each structure even appears to have the ideal balance of a beautiful natural landscape and aesthetically pleasing architecture. The futuristic paradise looks like something straight out of the Final Fantasy video game franchise.

Initially, the architect's work was intended for Megatropolis, a project involving several artists and companies to build a “future mega developed city” but that fell through in its final stage. Luckily, Toshkov soldiered on and morphed the idea into this futuristic Eden in the sky and managed to cut together a three-dimensional tour of the conceptual design in a video format. You can watch that video, below. 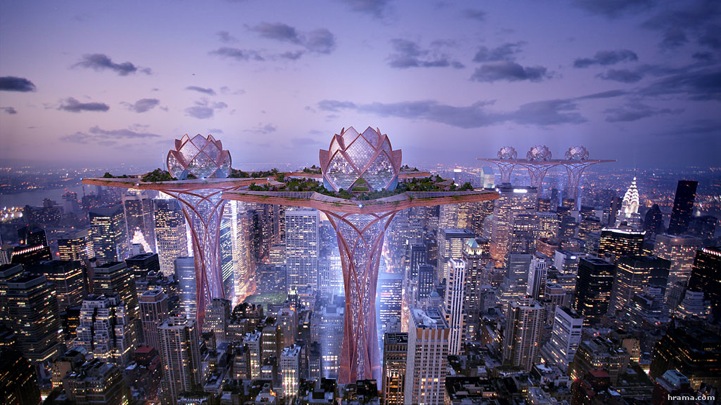 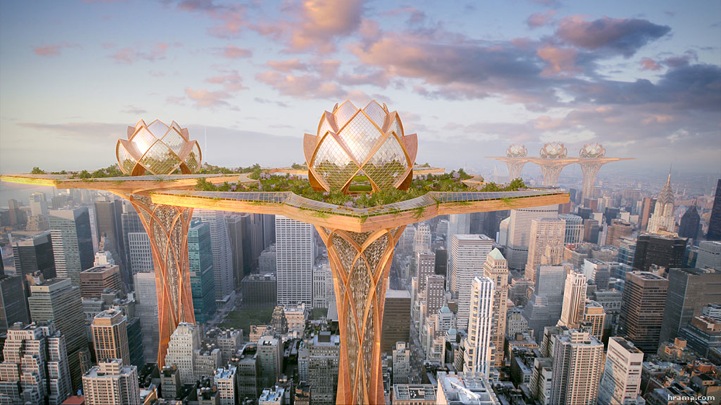 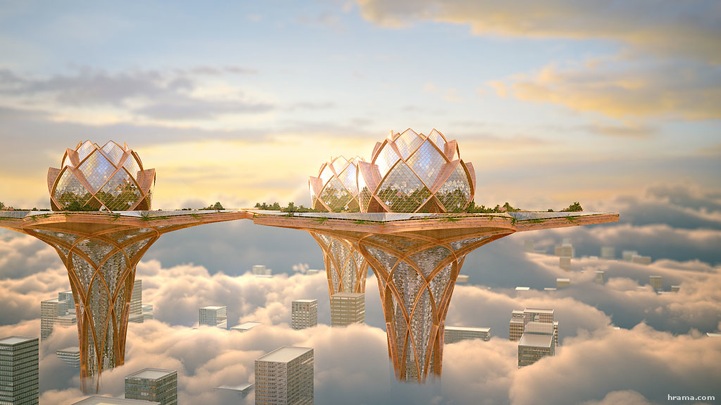 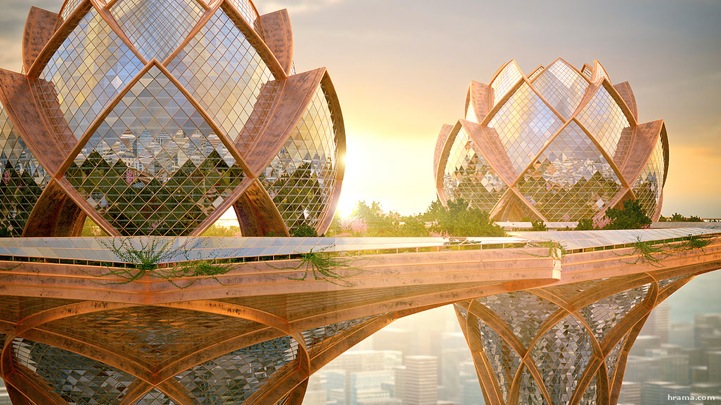 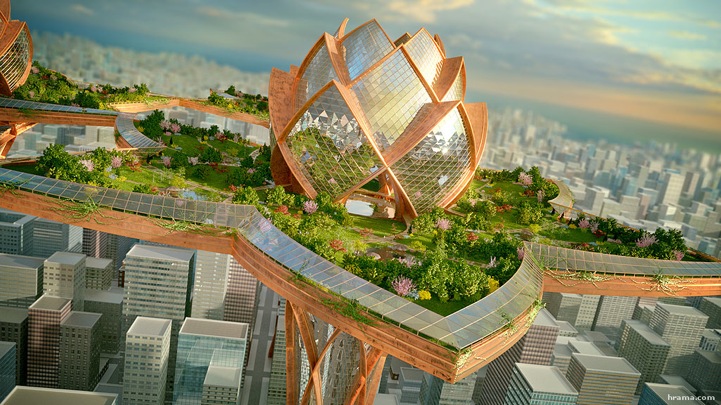 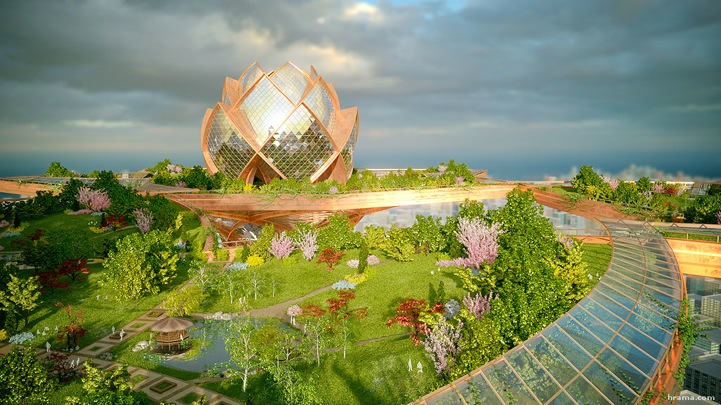 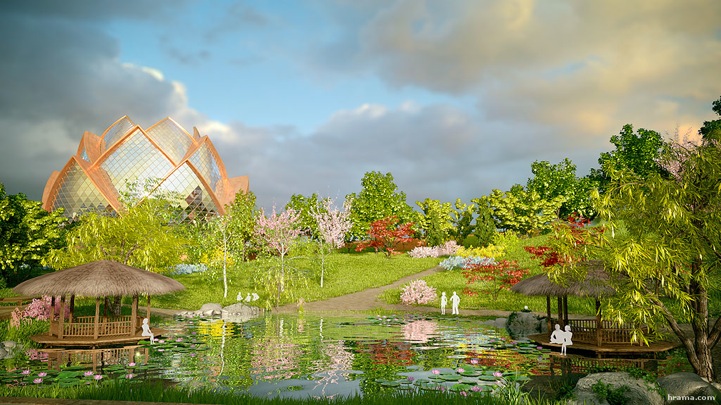 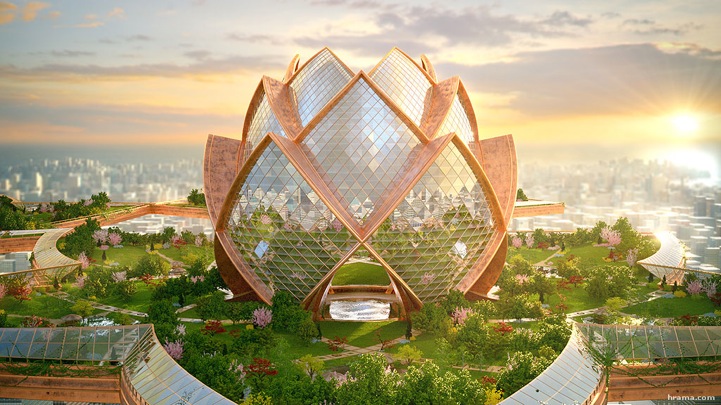 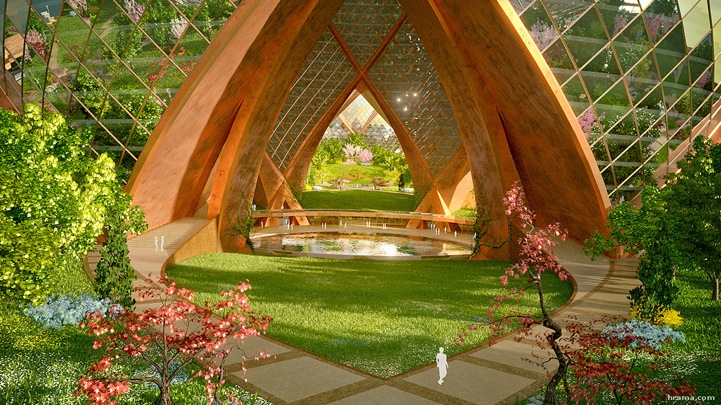 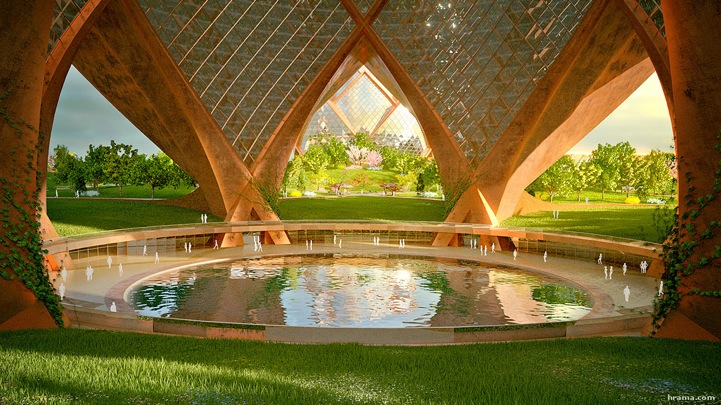 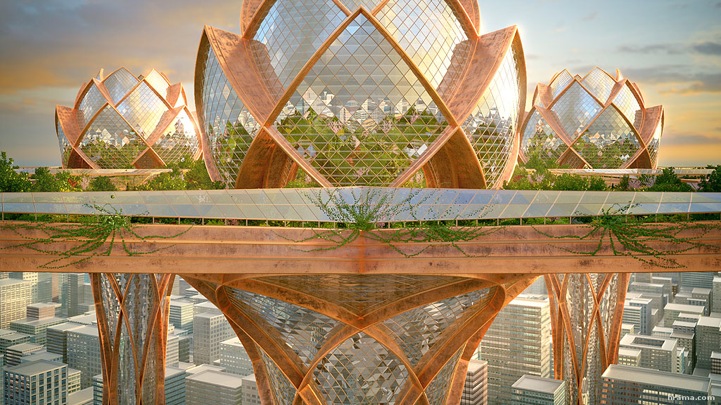 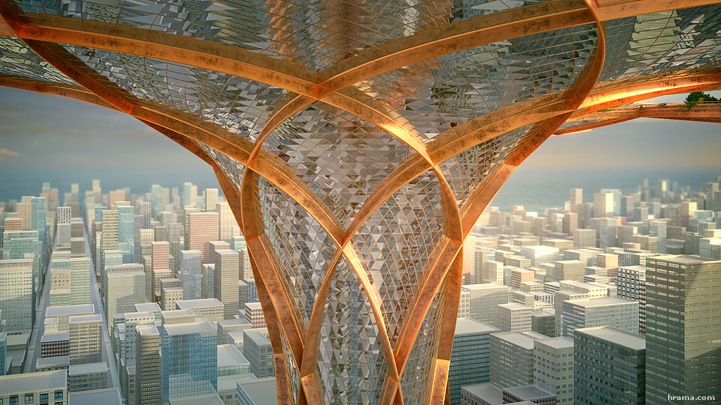 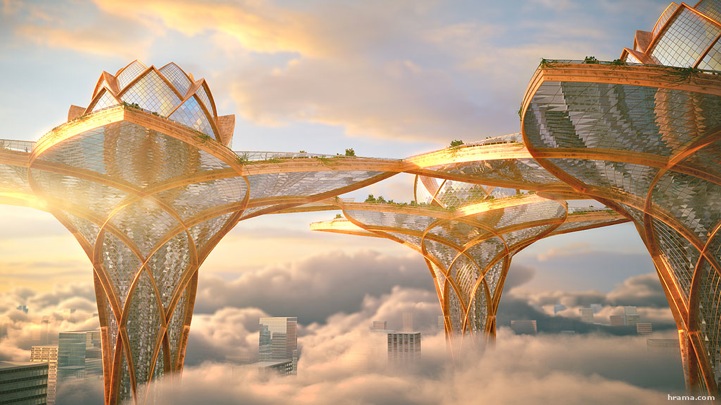