Street Artists Transform an Ordinary Building into a Spectacular Bookcase 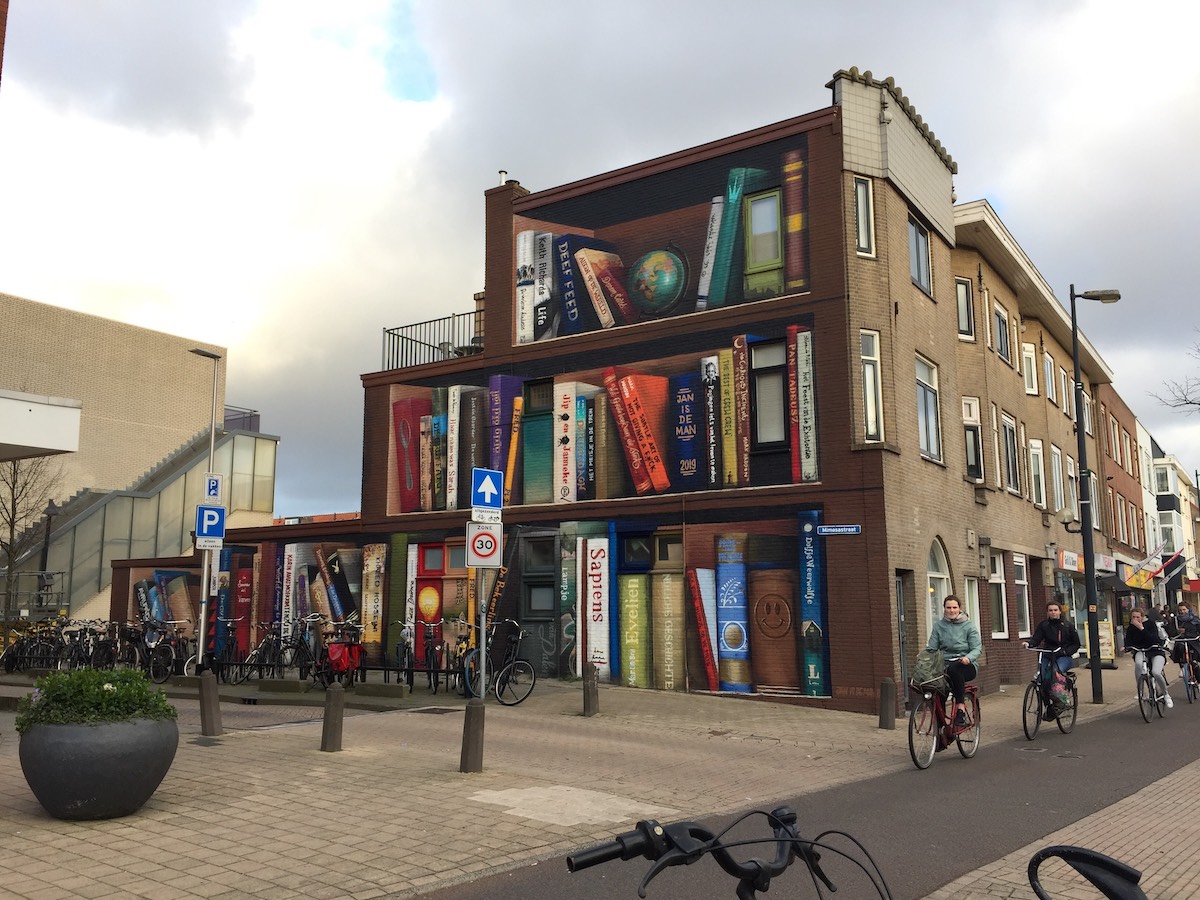 Known for his incredible street art illusions, Jan Is De Man has created a charming mural in Utrecht that's bringing together the community. In collaboration with graffiti writer and tattoo artist Deef Feed, he transformed the anonymous facade of a building into a marvelous bookcase. And the best part is that all the literary works featured were suggested by local residents.

The project began thanks to friends of Is De Man's, who live in the building. They'd been asking him to create a mural on their building for quite some time, but his original idea was quite different. Originally, he'd thought to paint a large smiley-face, as research shows that people's moods are lifted when they see a smile. However, after studying the shape of the building, he settled into the idea of transforming it into a bookcase. He then called in Deef Feed, who he's worked with in the past, to help make it happen.

According to Is De Man, the community where the mural is located is culturally diverse, which is reflected in the selection of books that sit on the shelves. The artists went to the community to ask for book titles to places on the shelves, with the only stipulation being that they wouldn't include religious or political titles. In the end, the books are as diverse as the area itself, filled with literature in eight different languages.

For Is De Man, the books are much like his own artwork. Each is crafted with skill, creativity, and discipline. By marrying together his street art with these literary tales, he's able to fill the community with a positive spirit. And, he was still able to sneak in a smile or two along the book spines, just to make sure everyone's spirits remained positive.

In Utrecht, artists Jan Is De Man and Deef Feed created the illusion of a bookcase on the side of a building. 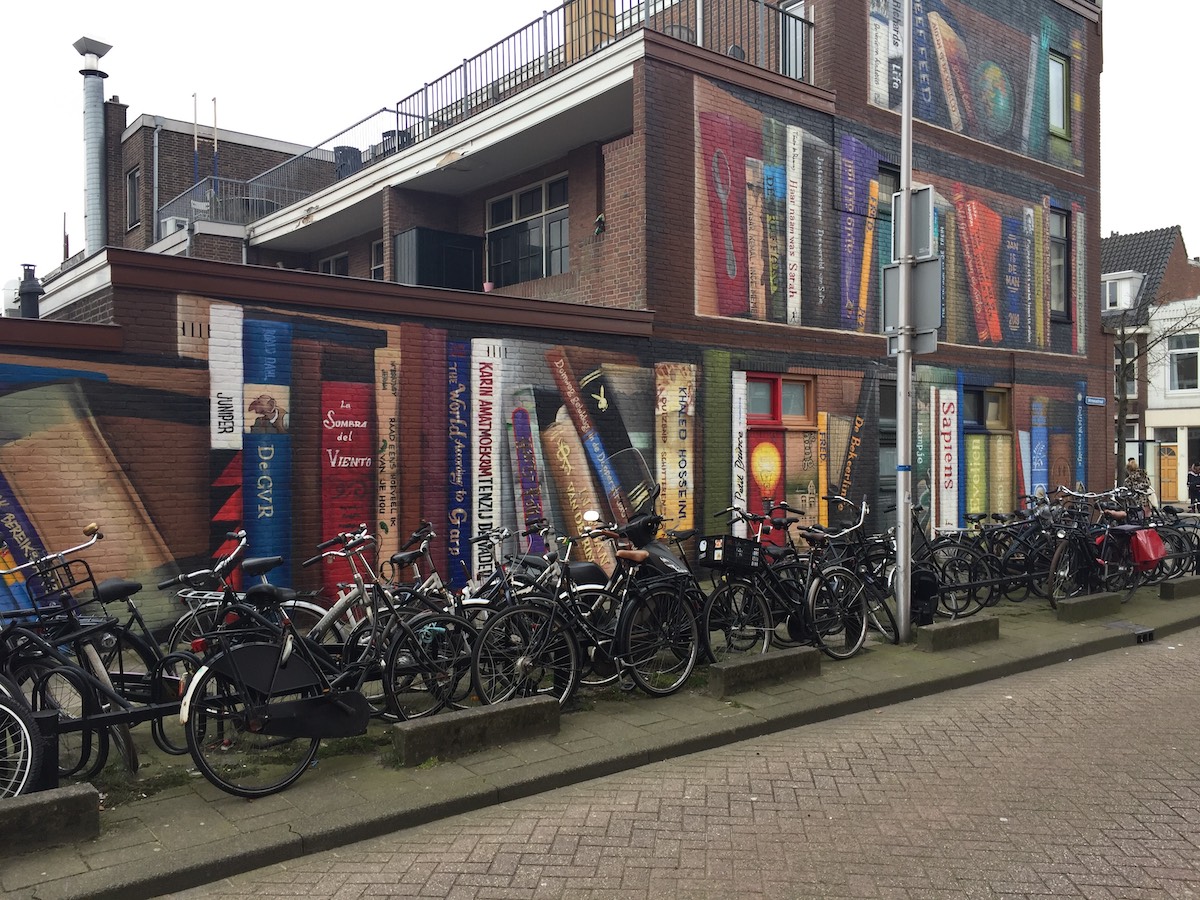 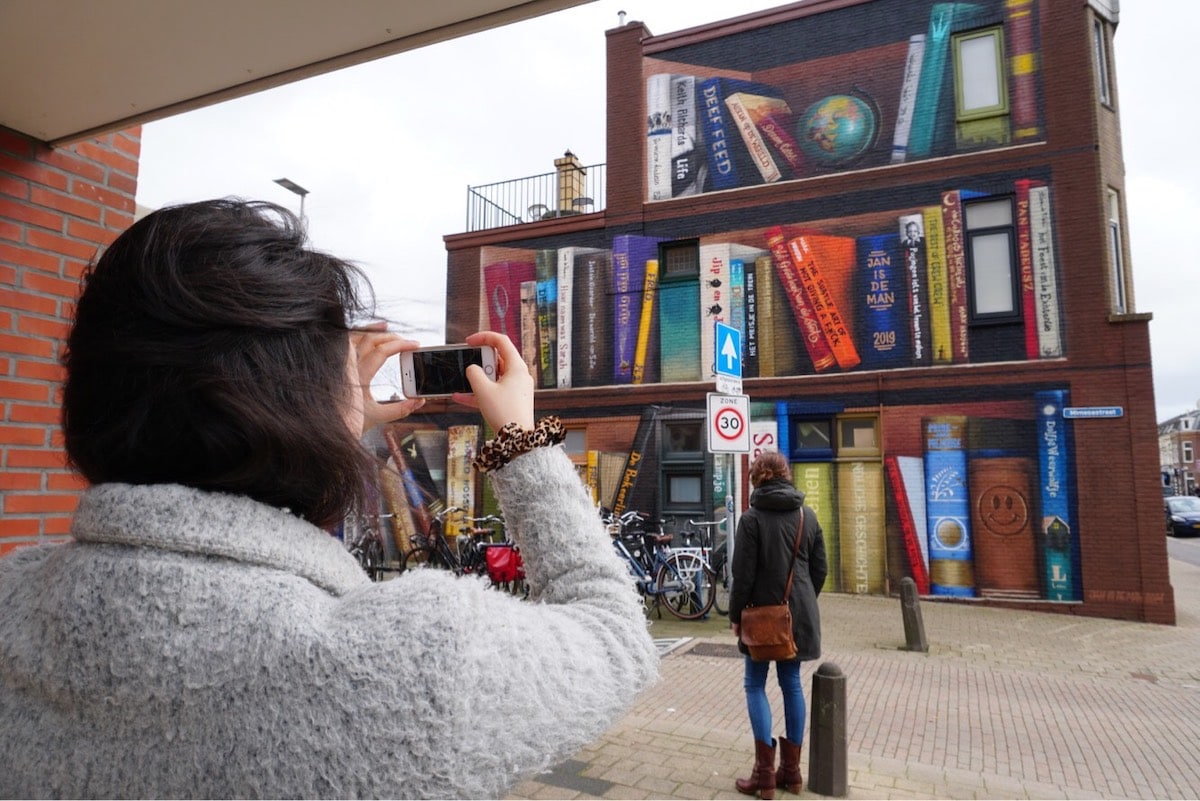 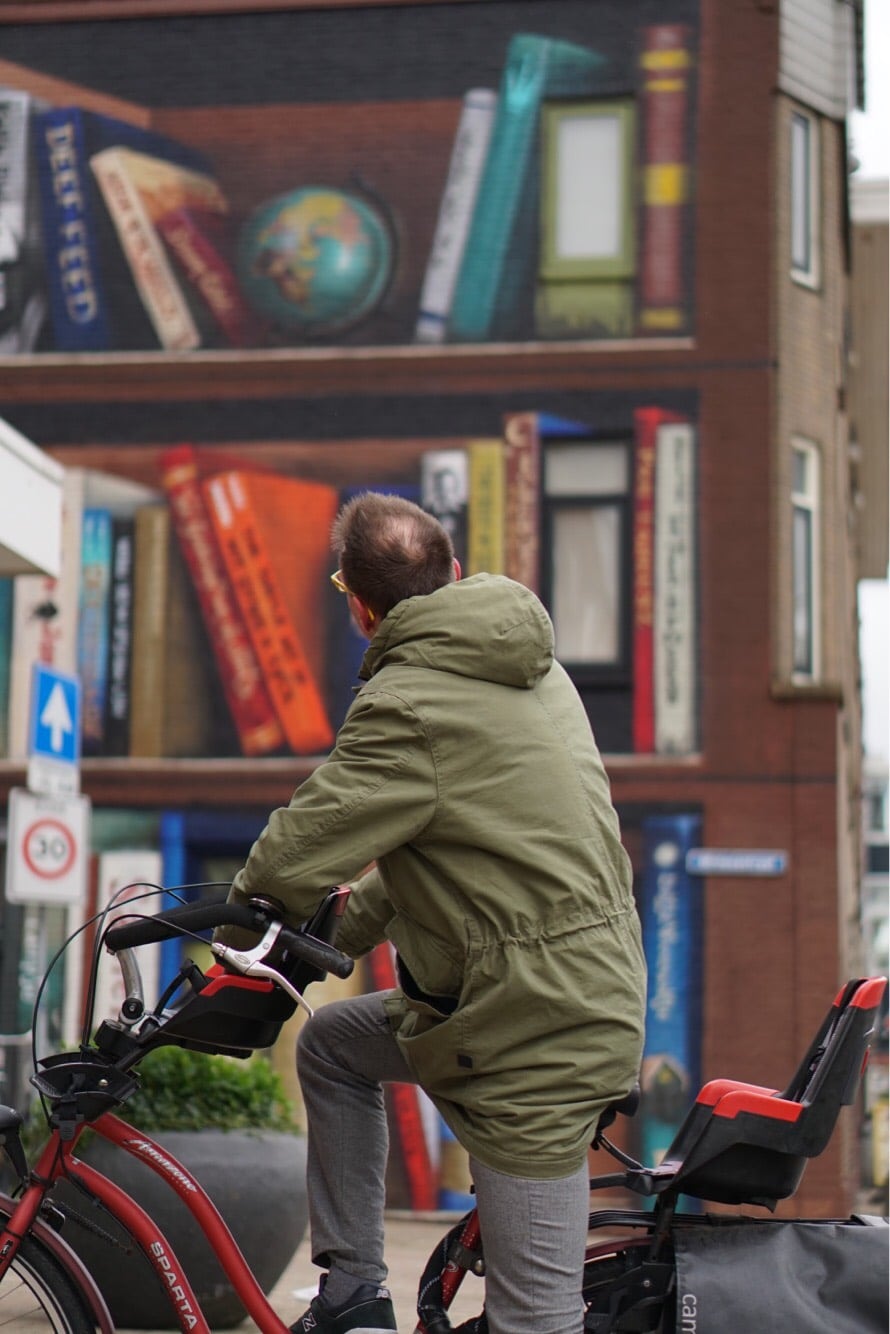 My Modern Met granted permission to use photos by Jan Is De Man.

Charmed by this illusion? Share
Like My Modern Met on Facebook
Get Our Weekly Newsletter
Become a
My Modern Met Member
As a member, you'll join us in our effort to support the arts.
Become a Member
Explore member benefits