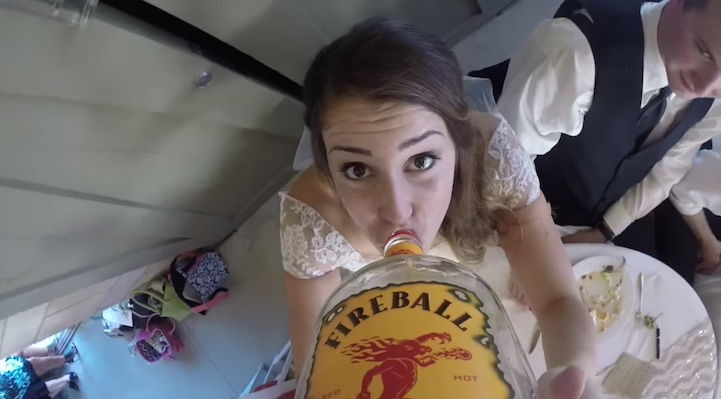 We've seen the fun that's had with a GoPro camera, and we can now add this video to the list. Redditor Drowsy_jimmy attended the nuptials of Brian and Allie, and instead of getting the happy couple a standard wedding gift, he opted for something that's simple yet creative. After taping a GoPro to a bottle of Fireball Cinnamon Whiskey, he let the camera and the booze make its way around the celebration. The result is an unforgettable wedding gift video.

From what we can tell, it looks like a good time was had by all. The amusing recording opens with the groomsmen drinking a swig and it goes on from there. We get to see everyone's bottle expressions in an exaggerated, playful way. Unconventional? Sure. But seeing Aunt Suzie taking a pull from a large bottle of whiskey? Priceless and timeless! 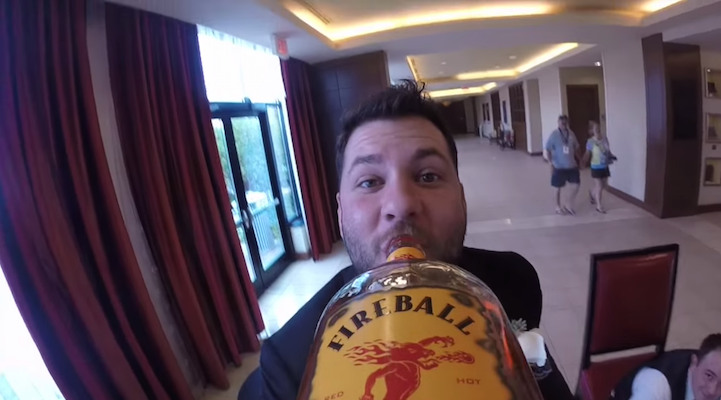 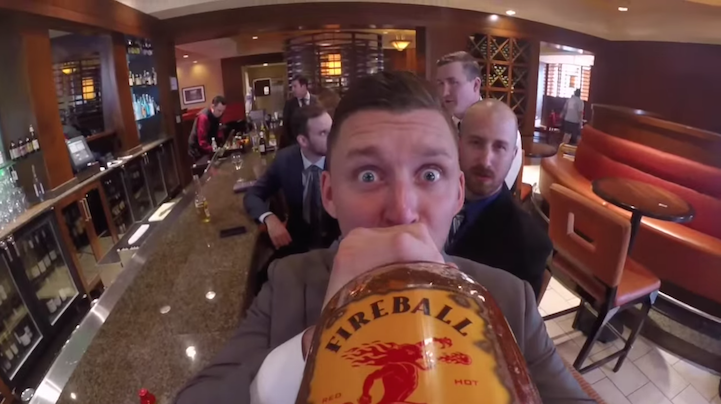 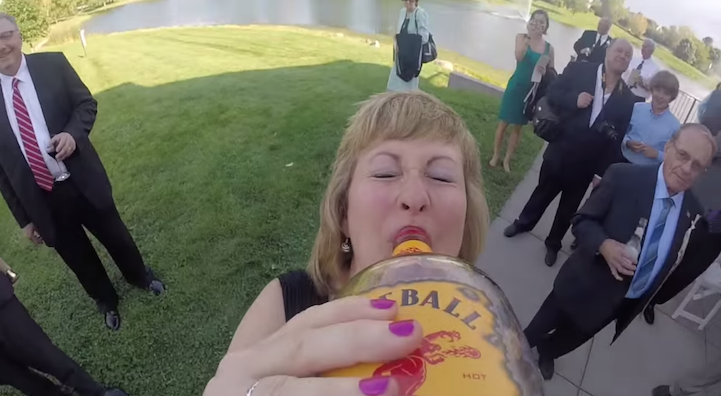 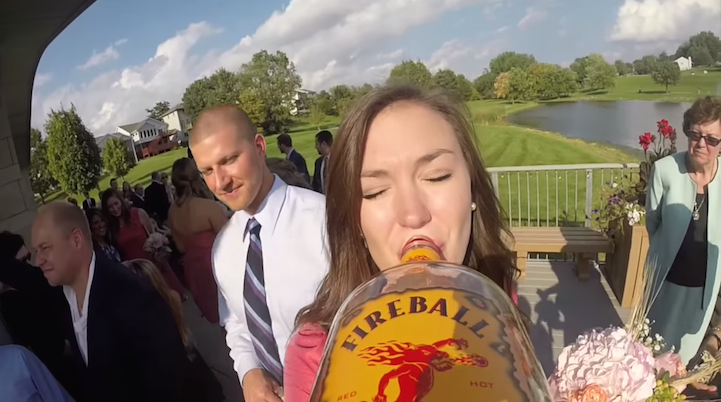