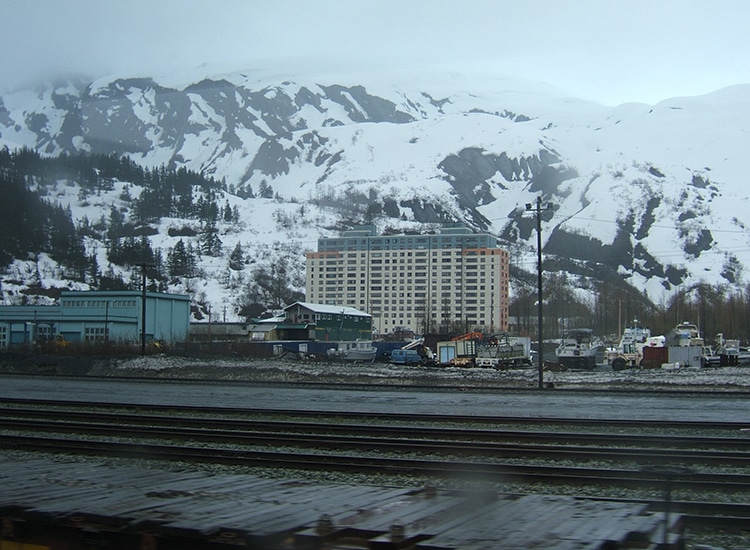 In small towns, everyone knows everyone. People stop to chat on the street and young people exhaust their dating pools. A tiny community in Alaska takes standard “small town” vibes to a whole new level though. In Whittier, Alaska, almost the entire population of 318 year-round residents live under one roof. The apartment buildings—known as Begich Towers—went viral on TikTok when podcaster Olivia Snake (@livvontheedge) posted a video about the strange little town. People were fascinated—especially when Whittier resident Jenessa (@messy.nessy) stitched her own video to explain what life is really like in her hometown.

Whittier, Alaska once was a military port and railroad station during World War II. The Begich Towers was constructed to house military families. It is attached to a small school by a tunnel which goes between the two buildings. After 1960, the town became civilian. However, as Jenessa points out, most people still live in the former military quarters. The 14-story edifice contains a post office, church, general store, and mayor's office—among other things. Jenessa offered up the fact that her father serves as the voluntary mayor of the tiny town.

TikTok users were understandably very curious about this “town under one roof.” On her TikTok, Jenessa answers a variety of questions, including the query What do people do for work? Most workers, it turns out, work at the railroad, the tunnel (the Anton Anderson Memorial Tunnel which leads to anchorage), the school, or the harbor master. Anchorage—Alaska's largest city—is about an hour-and-20-minute drive away. Residents of Whittier often trek to the city for cheaper bulk grocery shopping, or even to commute to a job.

What's it like to be a young person in Whittier? Jenessa says the school has 50 to 60 kids between the 8th and 12th grade. She says, “Nobody really dates here cause we all grew up together and that'd be kinda weird…” For fun, young residents have bonfires. The outdoors are also easily accessible for hiking, kayaking, and more. As a seasonal town, Whittier is a stop for many Alaskan cruises. You can watch all of Jenessa's videos on TikTok to learn more about this tight-knit little town.

Welcome to Whittier, Alaska—a town where almost all of its residents live in one big apartment building.

TikTok user Jenessa takes viewers on a tour of her town under one roof. 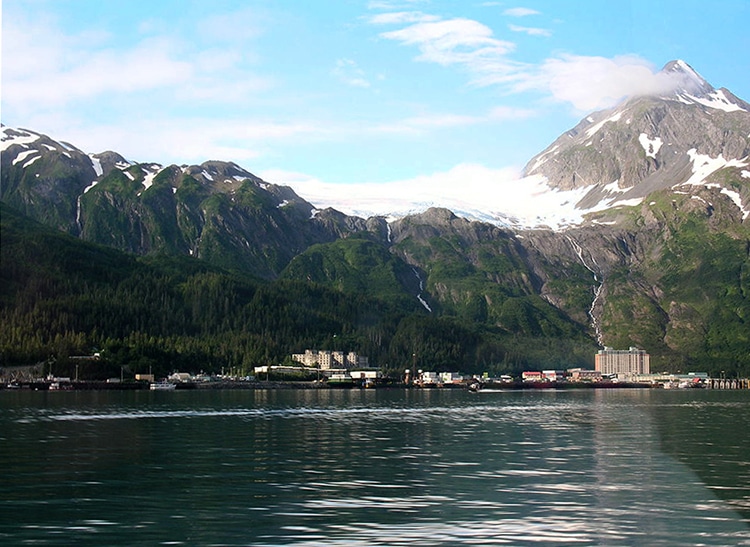