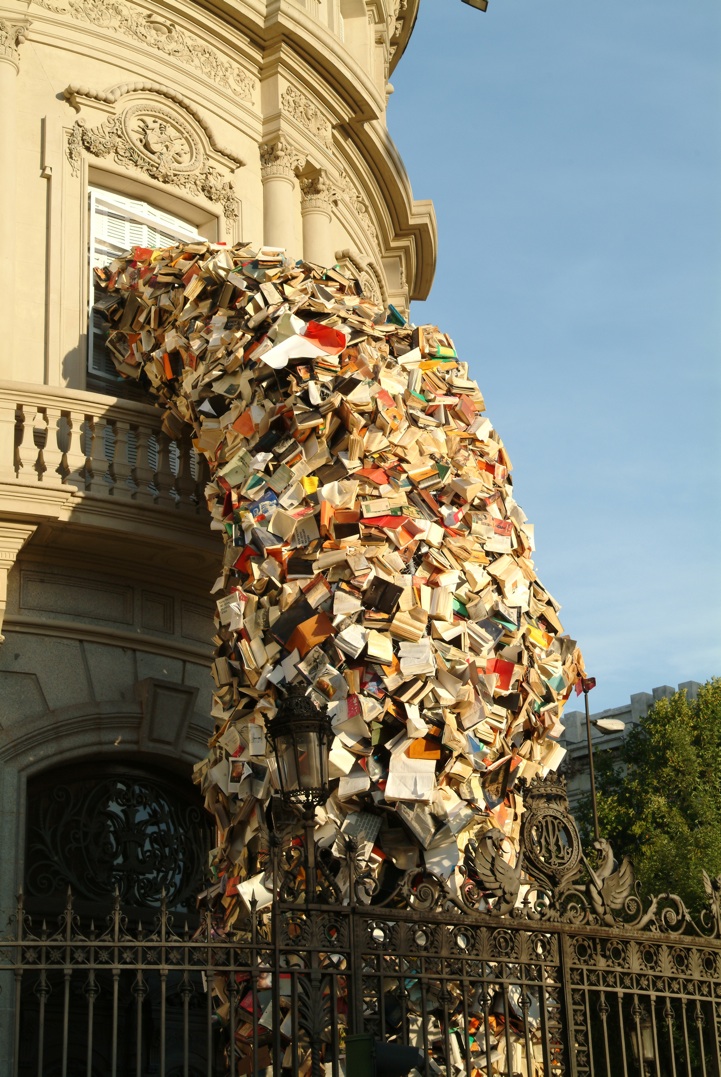 Artist Alicia Martin's tornado of books shoot out a window like a burst of water from a giant hose. The Spain-based artist's sculptural installation at Casa de America, Madrid depicts a cavalcade of books streaming out of the side of a building. The whirlwind of literature defies gravity and draws attention with its grandeur size. There have been three site-specific installations, thus far, of the massive sculptural works in this series known as Biografias, translated as Biographies, that each feature approximately 5,000 books sprawled out around and atop one another.

Martin's giant book structures give life to the inanimate objects filled with knowledge. By constructing the curving towers with a rather free and disheveled exterior, while maintaining a sturdy core, the books' loose pages are free to blow and rustle in the wind, allowing the piece to be further animated. Take a look at the short video, below, to see the piece in motion. 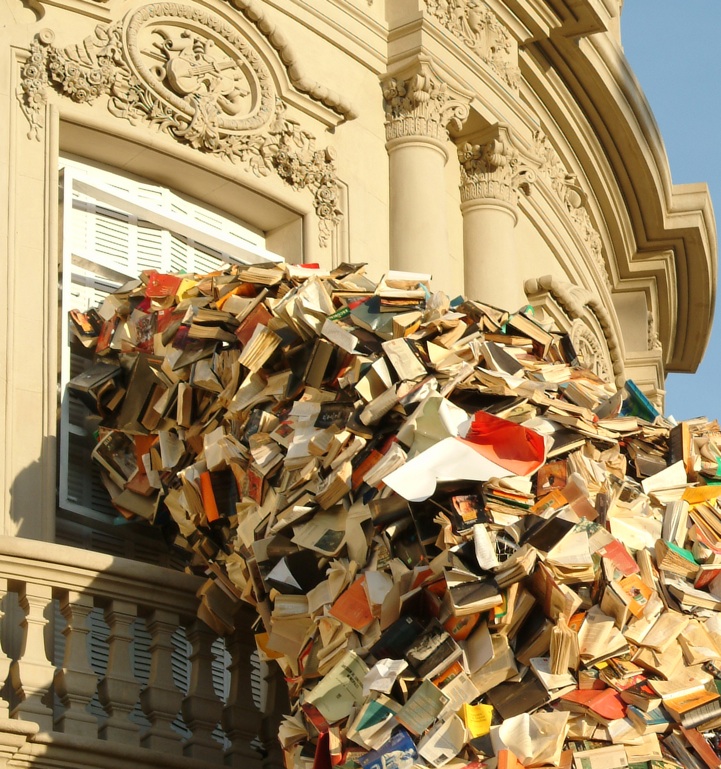 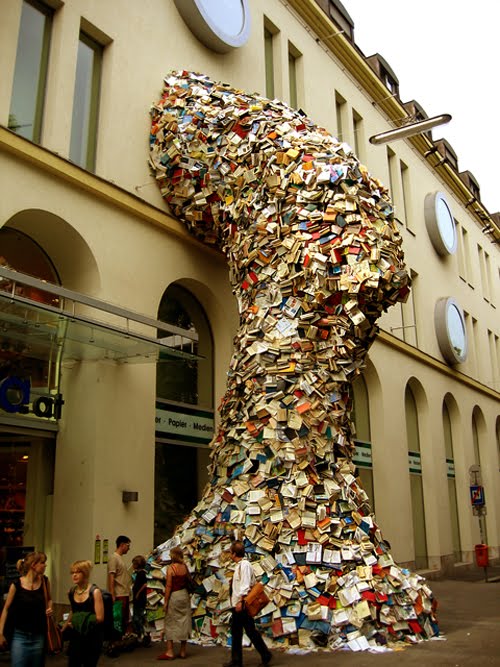 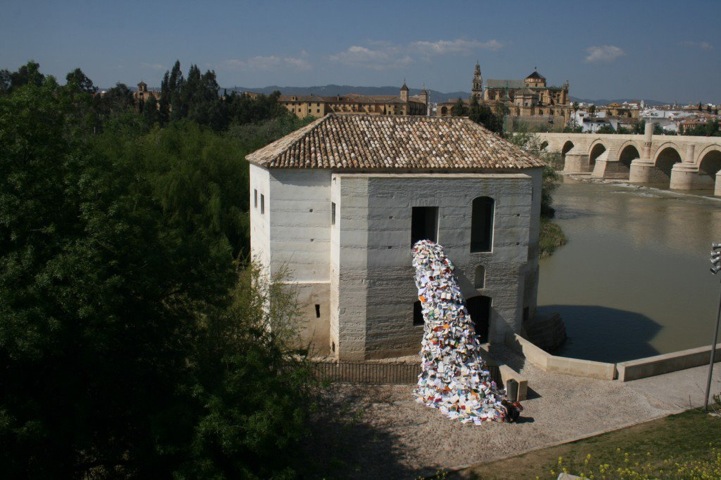 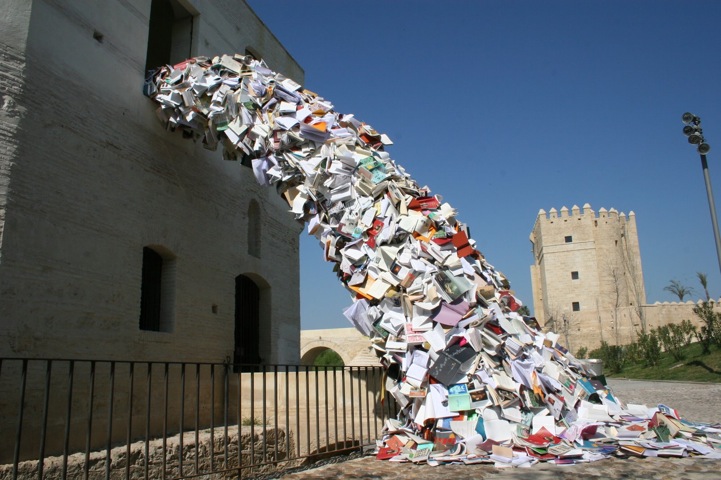 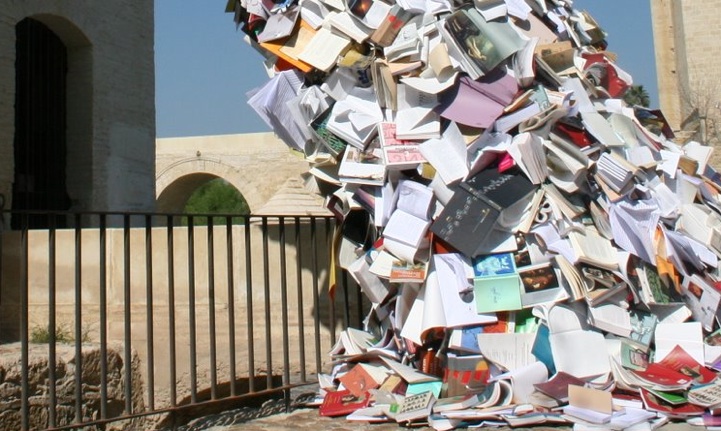 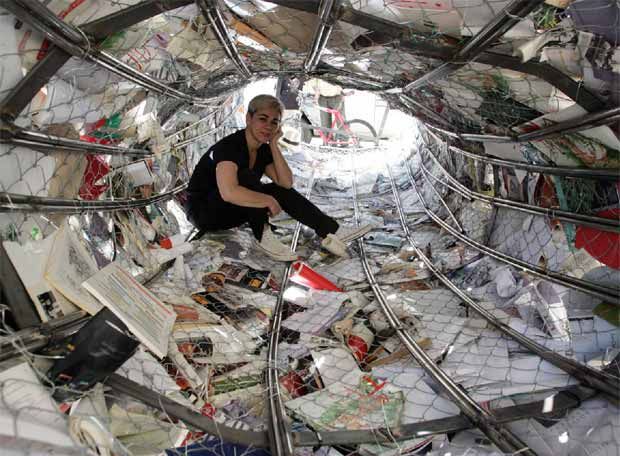