Celebrities Are Sharing Their Awkward Teen Photos for a Good Cause 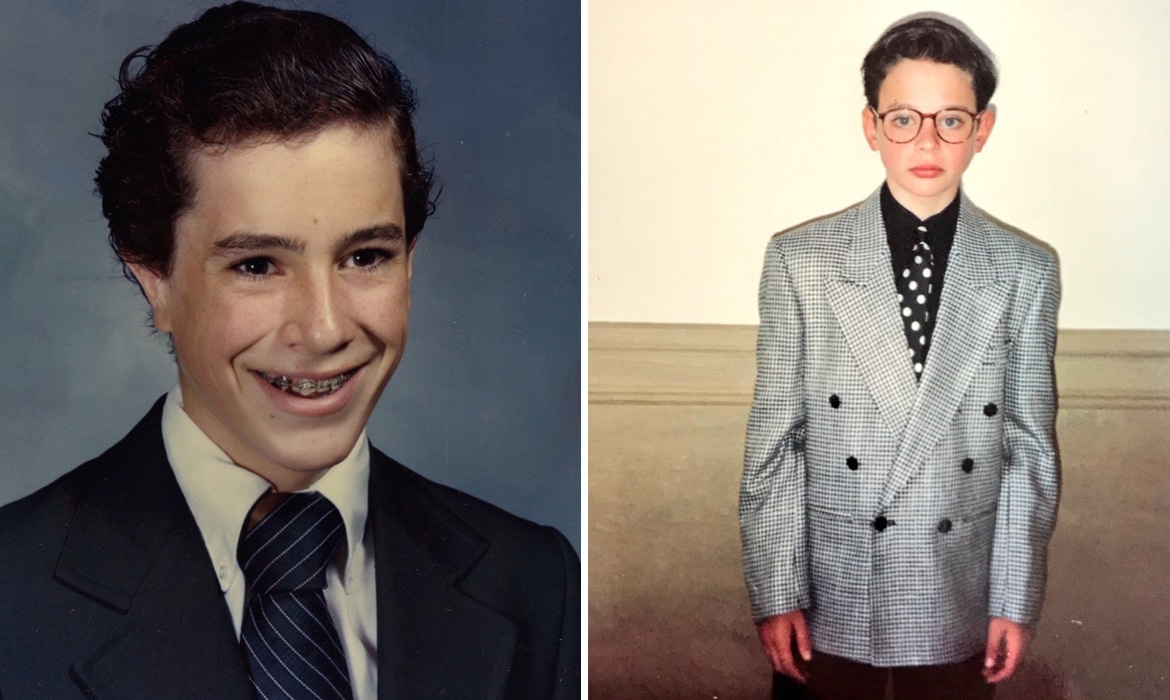 We all have awkward photos from our youth. No matter who you are, it’s impossible to escape puberty’s wrath. Celebrities, with their lives on display, know this all too well. But now, they are now casting aside any embarrassment for a good cause. After Puerto Rico was devastated by Hurricane Maria, comedians Stephen Colbert and Nick Kroll came up with an ingenious way to raise money for the U.S. territory—#PuberMe. They’ve set up a hashtag challenge for our favorite celebrities to share pictures of their braces, bad haircuts, and unfortunate outfit choices from long ago. Each humiliating photo earns a donation towards relief in Puerto Rico.

The idea came about organically during a recent episode on Colbert’s show, The Late Show with Stephen Colbert. Kroll was there promoting his new animated Netflix series Big Mouth, which also tackles the universal topic of pubescent teen years. “That time is so awkward [and] I think there's catharsis in sort of showing who we were and what we became,” Kroll laments. Colbert encouraged celebrities to also show their less-than-glamorous shots, adding that it’d help those who need our help.

So, how does #PuberMe work? It’s simple—a fact that's allowed it to easily go viral. For each celebrity who shares (on social media) a picture with that hashtag as well as #PuertoRicoRelief, Colbert will donate $1,000 from his AmeriCone Dream Ice Cream Fund and Kroll will match it, too. All money raised will go to One America Appeal, a charity started by all five living former U.S. presidents that helps with hurricane relief.

Check out some of the best awkward photos below!

Comedians Nick Kroll and Stephen Colbert are raising money for Puerto Rico, which has been ravaged by Hurricane Maria.

Nick Kroll asked me to post a pic of my awkward stage, but I never had one. So here's me lookin' cool as hell! #PuberMe #PuertoRicoRelief pic.twitter.com/UC9a7XtjZa

Thank you Stephen. In return, here's me trying to look like a tough guy because I hadn't yet hit #puberme. #PuertoRicoRelief pic.twitter.com/WAzZ6kk6qb

For every celebrity that shares an awkward photo of themselves from their youth, Kroll and Colbert will each donate $1,000.

It's part of a brilliant campaign called #PuberMe.

When I was 12/13 my best friend was an adorable girl on a television show adored by millions and I…looked like this. Bangs cut by me. Shirt tie dyed by me. More gums than teeth. Only weeks before my “clear” braces and headgear. Hi @nickkroll #puberme #puertoricorelief

Hey, @StephenAtHome, for your #PuberMe #PuertoRicoRelief effort, I give you…the nuclear option… pic.twitter.com/0QhZYD4REU

Late to the game but never tardy to a party, here you go @StephenAtHome and @nickkroll – #PuberMe #PuertoRicoRelief pic.twitter.com/BJMeJ6DgU4

I've been waiting all my life for this call.https://t.co/pxx7qvHPdf#Puberme #PuertoRicoRelief pic.twitter.com/nBJSzjrDfO

Found this in the Connie Seacrest archives under “awkward phase” #puberme #puertoricorelief pic.twitter.com/29xGMMygpz

If it’ll help #PuertoRicoRelief I’ll happily #PuberMe, but all my adolescent pics are 100% awesome: pic.twitter.com/VngrzRrlzu

I my defense, I knew looked horrible. #PuberMe #PuertoRicoRelief pic.twitter.com/7wo2m9PIhE