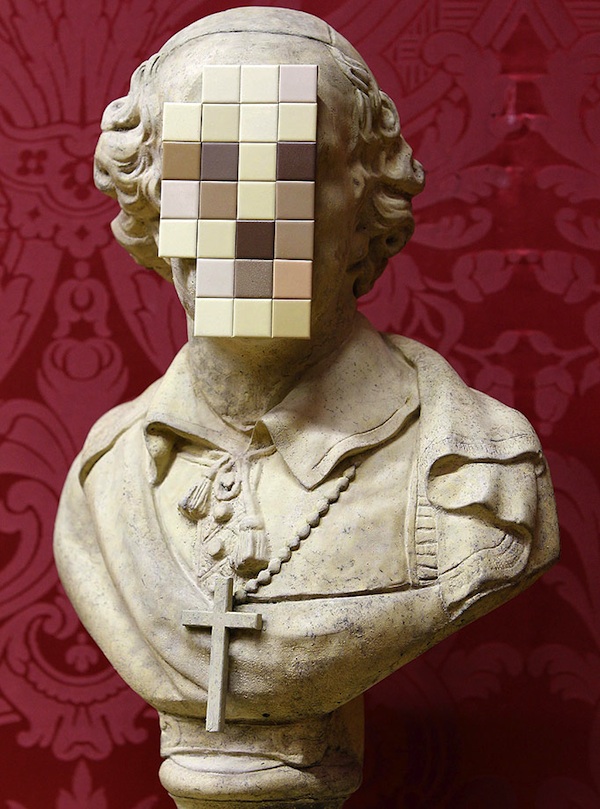 “I'm never sure who deserves to be put on a pedestal or crushed under one.” – Banksy

Oh, the Catholic church won't be happy about this. Banksy just unveiled a brand new sculpture called Cardinal Sin which is a 18-century stone bust of a priest with its face sawn off and replaced by blank “pixelated” bathroom tiles. It was created as a response to the child abuse scandal in the Catholic church and its subsequent cover-up.

Where this sculpture sits is almost as important as the piece itself. It was unveiled at the Walker Art Gallery in Liverpool, England, where it's placed alongside 17th Century religious art which includes large church altarpieces and other religious sculptures.

Reyahn King, director of art galleries at National Museums Liverpool, said this about the piece:

“The sculpture very clearly contains a message. When you look at it and see the tiles that have been applied to the sawn-off face, you immediately get the impression of those pixelated images of suspected criminals you see on screen or in a newspaper photograph.”

As for Banksy? He remarked, “I guess you could call it a Christmas present. At this time of year it's easy to forget the true meaning of Christianity – the lies, the corruption, the abuse.” 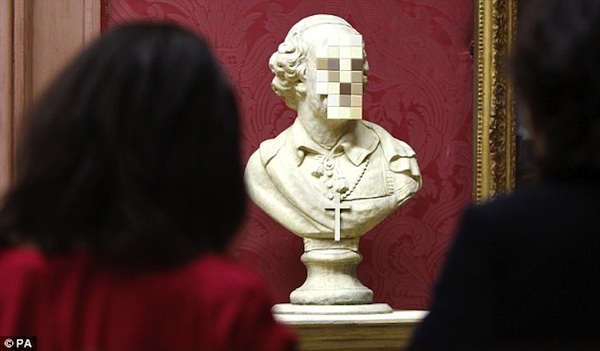 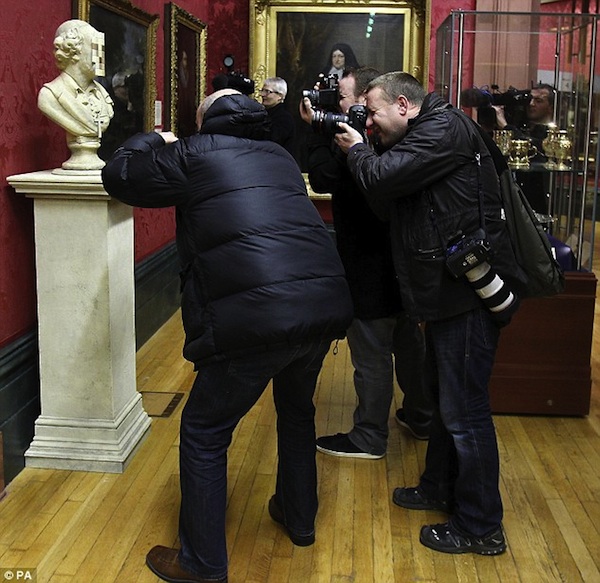