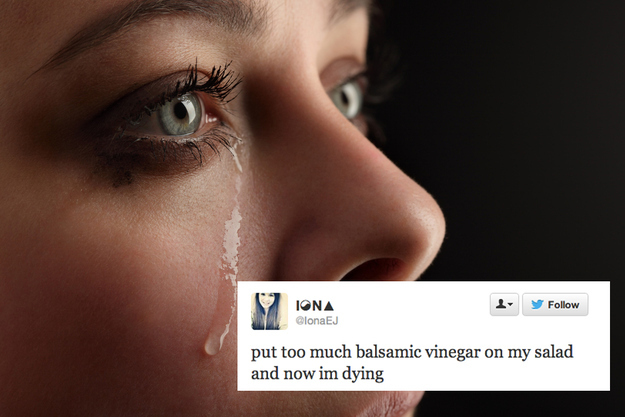 London-based Benjamin Lee is the clever mind behind the Twitter account Middle Class Problem, a feed through which he retweets all kinds of “problems” that people complain about through social networking. Each dramatic statement is made by a person suffering from what Lee calls “Real problems but not real actual problems, just middle class ones.”

Reading through the tweets is a quick reminder of how easy life can be sometimes. One Tweeter complains that there is just too much orange zest in his brunch mimosa–oh the horror!–while another complains that having a cup of tea with soy milk was the “worst mistake she's ever made”–if that's the case then she is one lucky gal!

Lee pokes fun at both himself as well as the daily woes of many featured on the Twitter feed. The comments have also been paired with overdramatic photographs of horribly unhappy people, which transforms the dramatic flair of each absurd statement into a visually entertaining collection. In all seriousness, the series is actually a reminder to keep our lives in perspective. As difficult as life can seem at times, the fact that a salad bar doesn't have cous cous is really not as horrible as it first may seem. 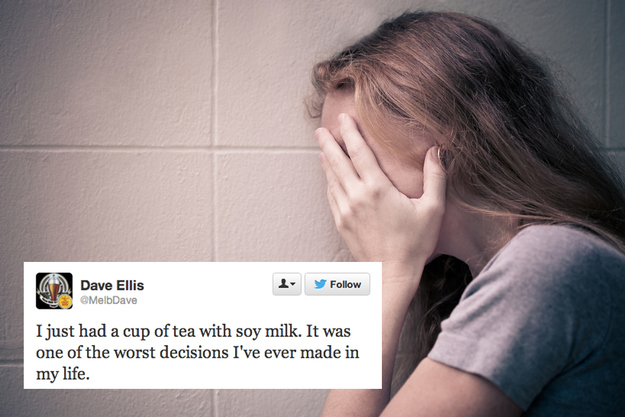 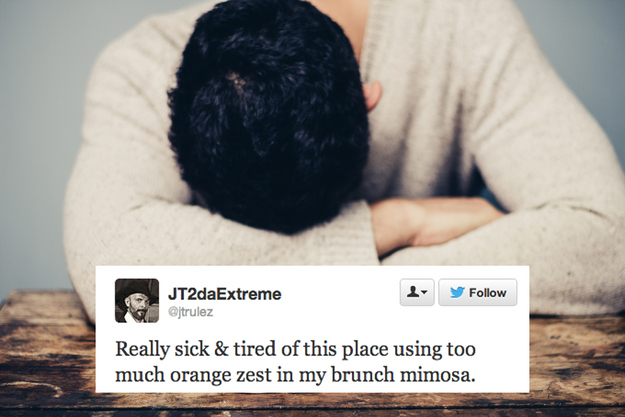 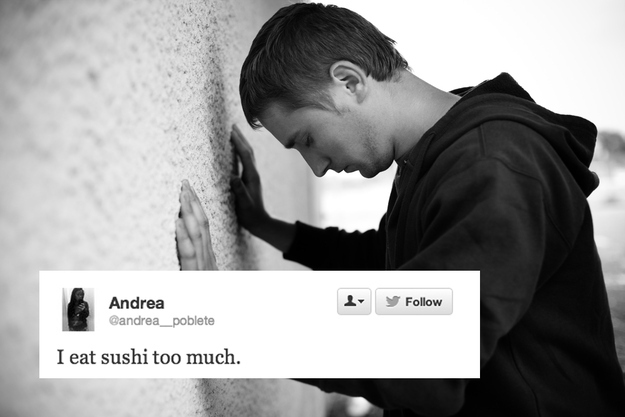 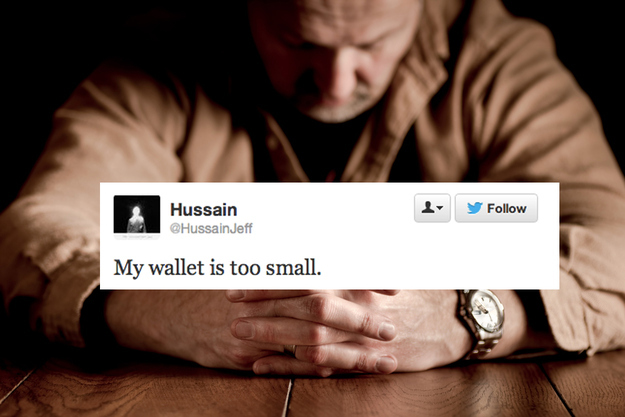 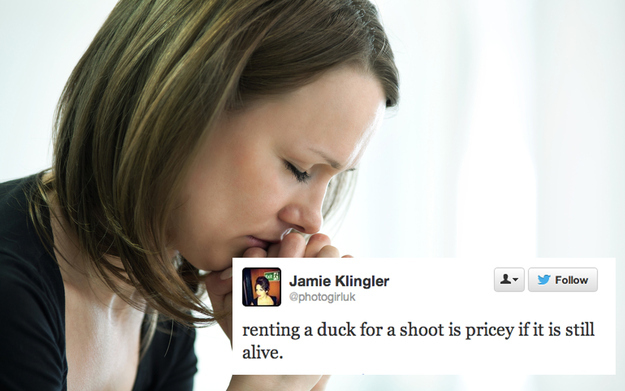 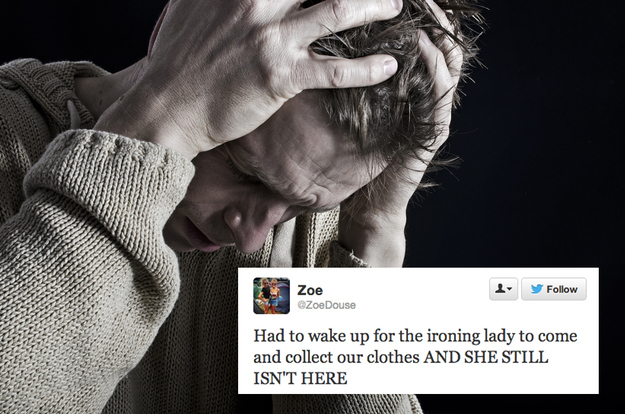 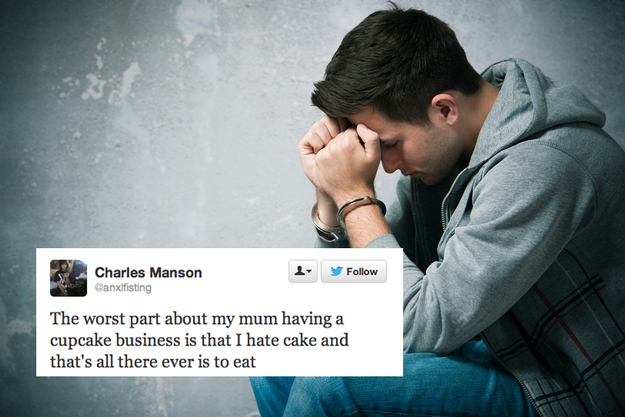 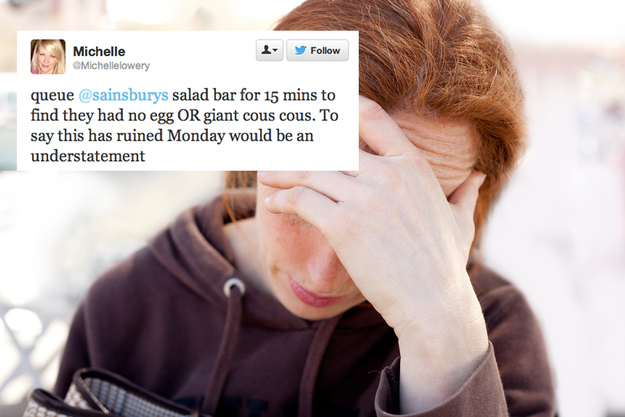 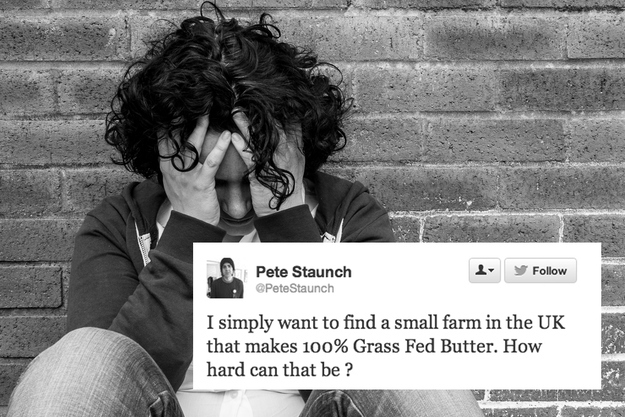 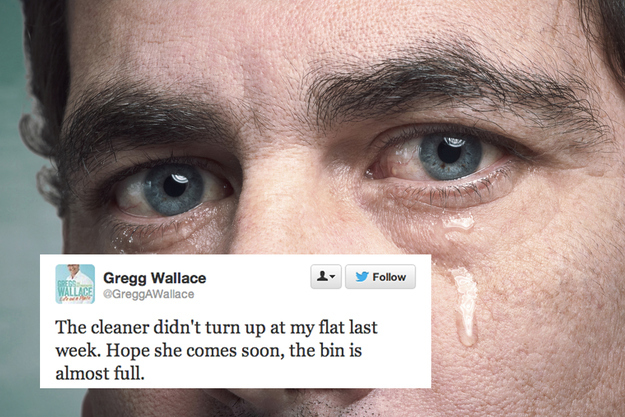 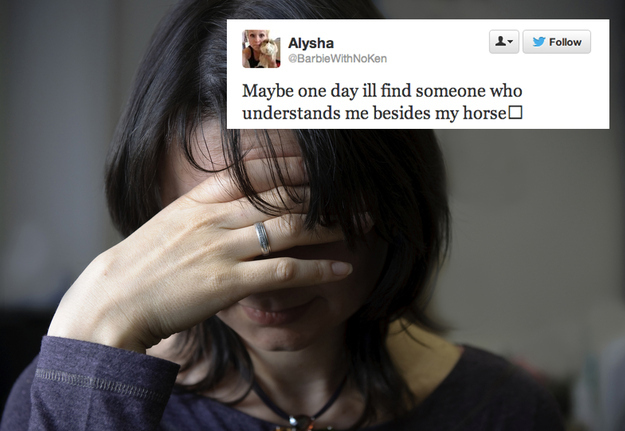