From an art museum for gerbils to a restaurant for squirrels, it seems that many people have spent their time in lockdown making things for the animals in their lives. And now there's a new craze that’s emerged amongst crafty cat owners—cardboard cat tanks.

It’s a known fact that cats love playing in cardboard boxes, but they also enjoy jumping out from their hiding places to give you a fright. It’s only natural that they would love their own tank to take cover from their enemies and plan their next attack. In fact, one little girl named Telyn made her cat an epic, spray-painted war tank for that exact reason. “Telyn was inspired to create her cat tank because Grizzly (our cat) and Wolfie (our German Shepherd) are not on the best of terms,” her mom Keira tells My Modern Met. “So she decided to create a tank for Grizzly’s assistance in ‘the war.’” It took Telyn around a week to make the tank, but her hard work certainly paid off. Keira tells us, “Grizzly loves the tank. He enjoys laying low in the box portion and will occasionally poke his head out to see what is going on.”

Jessica Lacy is another cat owner who took on the popular DIY task. Featuring the words “Ollie’s Army” written on the side, Lacy cleverly placed it on top of a Roomba so that it looks like her cat is actually driving it. “My husband and I were really bored one day during the stay at home order and had a really big box delivered…Ollie (our cat) loves to sit in boxes so we thought it would be funny to make him a tank,” she says. “It took a couple hours to put together, and then we just put it on top of our Roomba to make it move. We didn’t expect that he’d stay in it once it started moving but he actually seemed to like it! He likes to pop out of it and startle our dogs which is pretty funny.”

Of course, some cats prefer to keep the peace than go to war. For Garry Stevenson, he needed to encourage his cat to enter her tank. “It took around 3 hours to make, at a leisurely pace,” he says. “She’ll only go in it if we put her favorite snack in it. She often rubs herself against the toilet roll turret though.”

Check out some of the amazing cardboard cat tanks we’ve found online below.

There seems to be a new craze that’s emerged amongst crafty cat owners in lockdown—cardboard cat tanks. 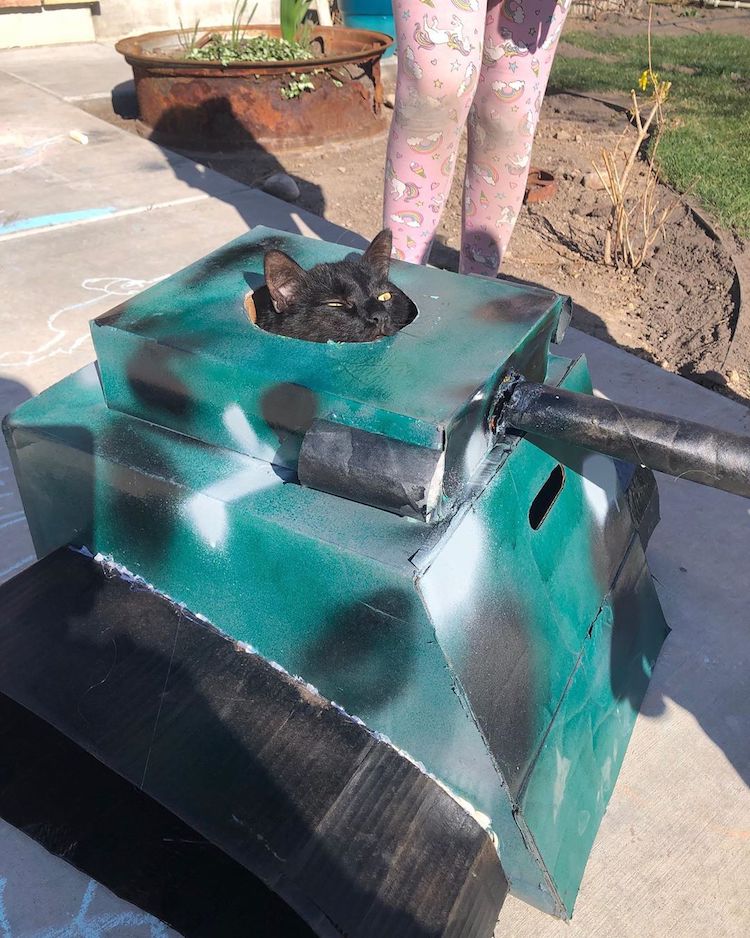 The DIY creations are everything a cat would need to take cover and plan their next attack. 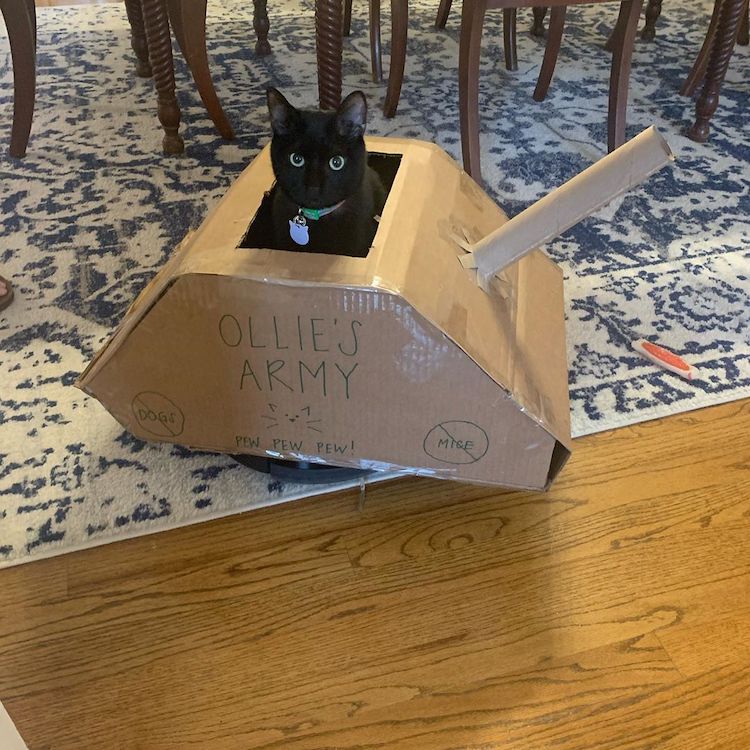 These kitties are ready for battle! 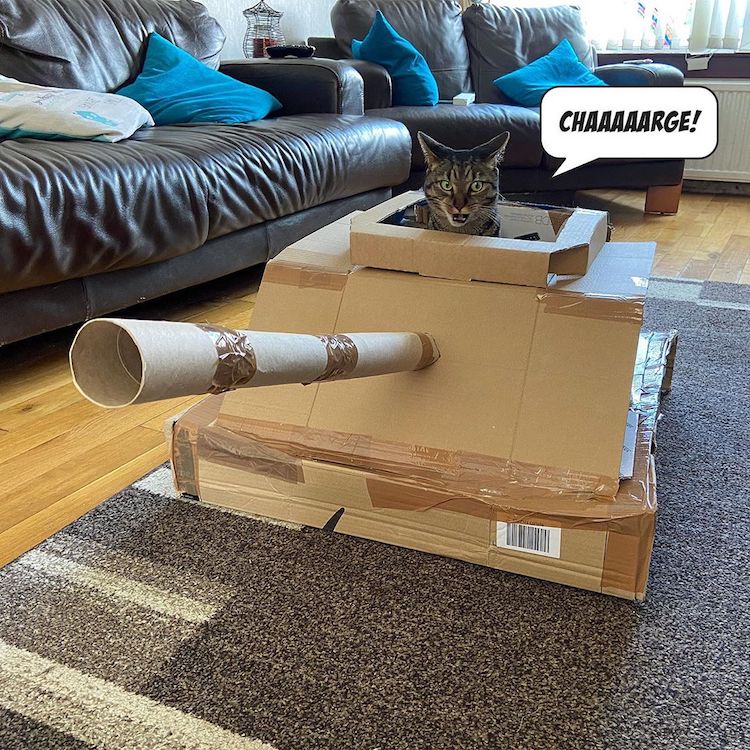 Photographer Captures the Blissed-Out Expressions of Cats High on Catnip 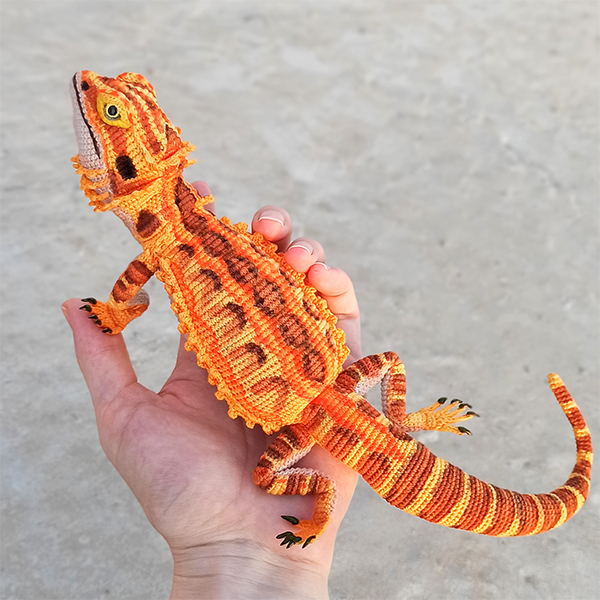 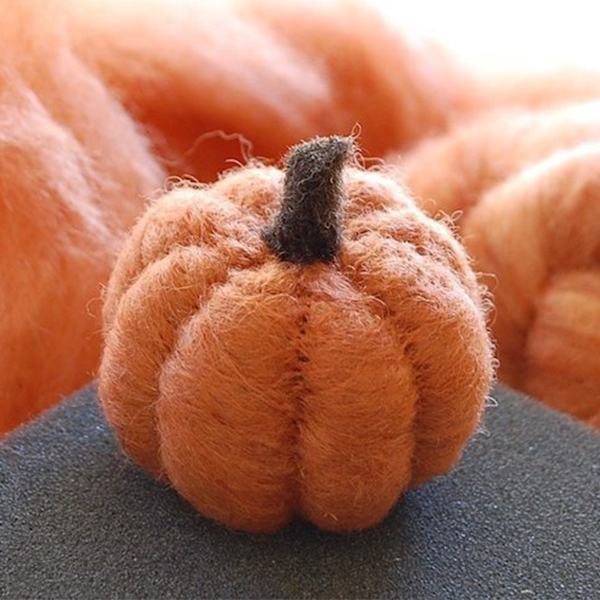