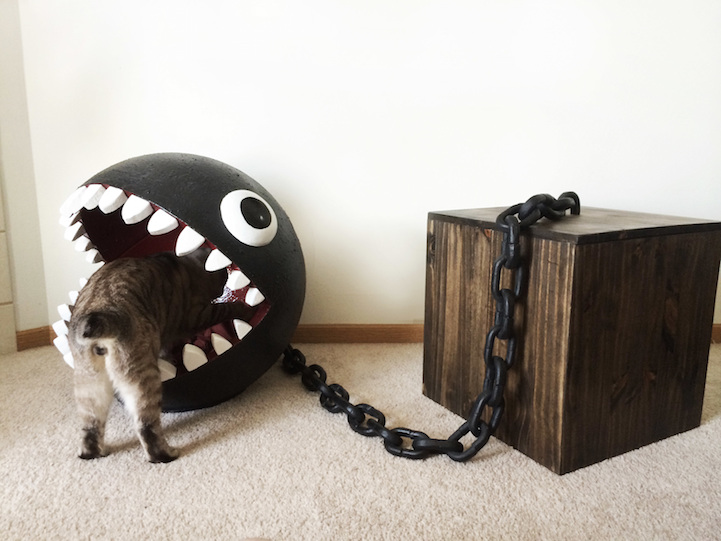 The team at Catastrophic Creations recently completed an unconventional cat bed that'll appeal to fans of the Super Mario Bros. universe. They were inspired by the game's adorable enemy called Chain Chomp and constructed a feline-friendly bunk in its likeness. To use it, the cat simply climbs over the terrifying teeth and into a soft and cushy space. This provides the feline protection while still allowing them to survey the room.

The Chain Chomp Cat Bed was originally intended as a litter box, but from these pictures, it's clearly best enjoyed as a sleeping nook. Catastrophic Creations also wanted it to have a dual purpose – look like a work of art and be practical. So, the wooden box with the chain attached doubles as storage.

Both Chain Chomp's body and chain is comprised of hardened styrofoam. Multiple layers of Epoxy and a product with a cement texture were used to make the character look like metal. And as you might imagine, it took the team a long time to construct this piece. They only produced one for sale and it already sold out! 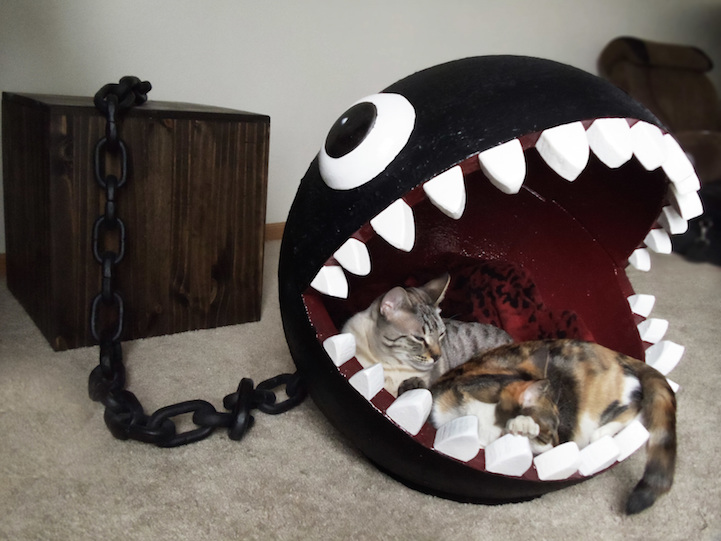 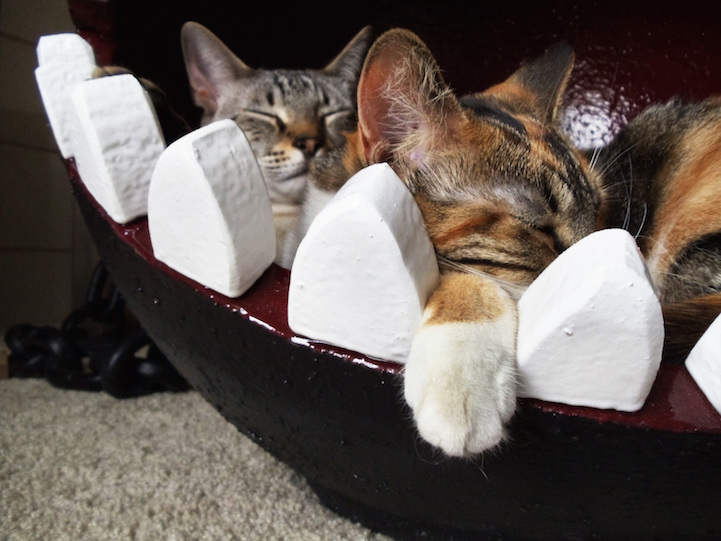 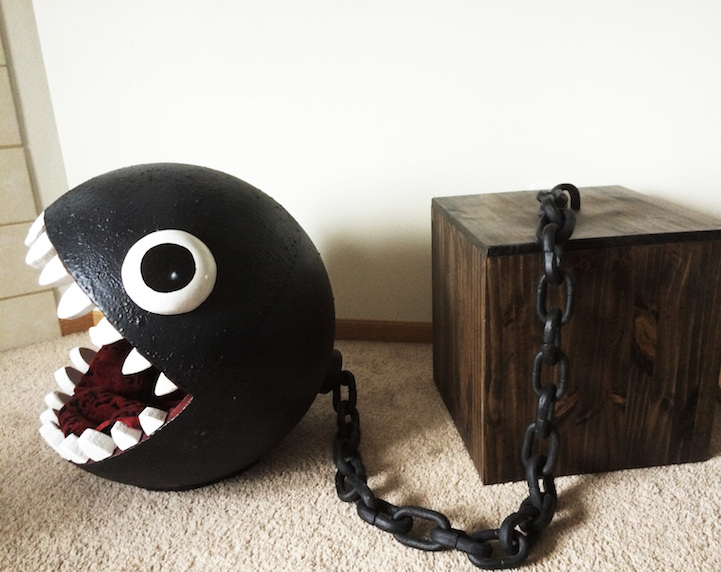 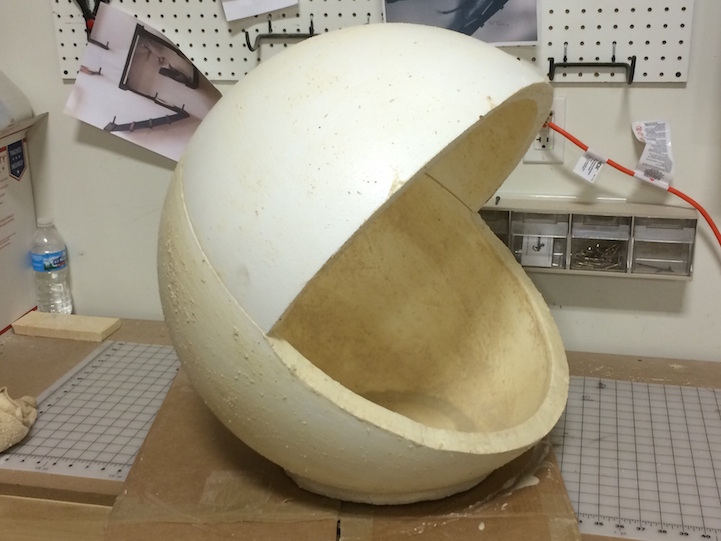